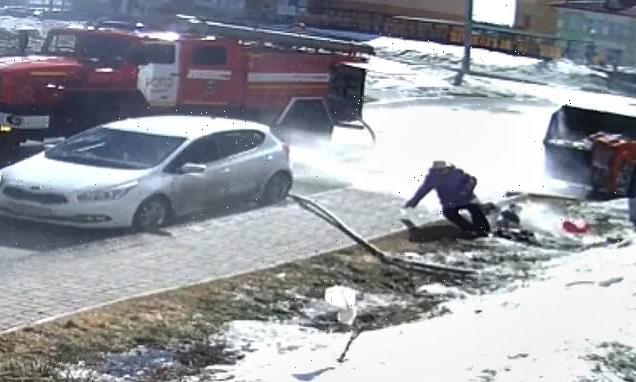 An elderly woman was knocked to the ground by a powerful fire hose after a firefighter was unable to hold onto the device following a sudden surge in water pressure.

CCTV captured on Naranovich Street, in the southern Russian region of Tomsk Oblast, shows the pensioner walking along the pavement as the firefighter extinguishes a blaze in a rubbish bin.

Just moments later, a sudden surge of water explodes from the fire hose and throws the firefighter onto the road.

The elderly woman attempts to move away from the hose as it thrashes around on the street before tripping and falling to the ground. 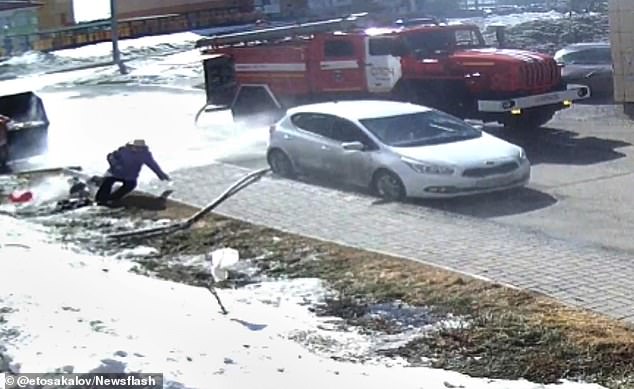 The pensioner falls to the ground on Naranovich Street in the city of Tomsk, in the southern Russian region of Tomsk Oblast 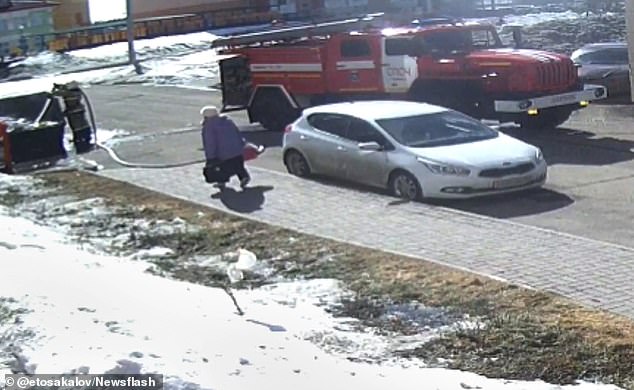 The woman, who was assisted to her feet by firefighters, was not injured in the incident, the Russian Ministry of Emergency Situations later confirmed.

During the clip, the firefighter directs a stream of water into the rubbish bin as an elderly woman approaches.

A strong jet of water suddenly gushes out of the hose and sends the firefighter flying onto the road.

As the out-of-control hose thrashes around, the pensioner tries to walk around the device but trips and falls to the ground. 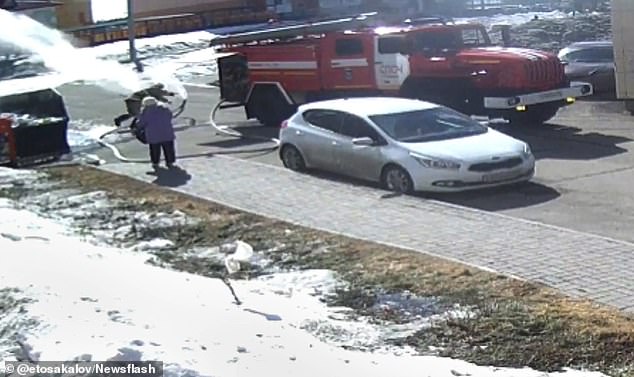 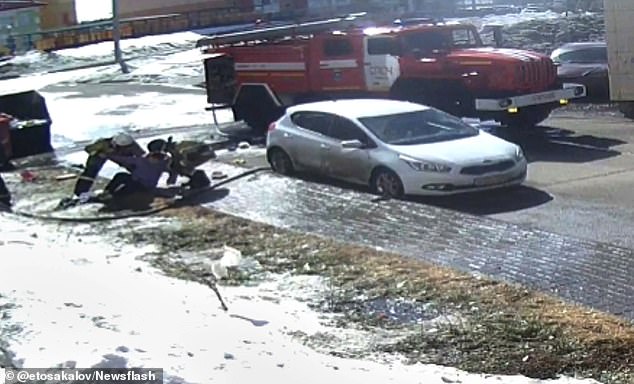 The strong jet of water then sprays into her bag and sends her belongings flying onto the road.

A firefighter immediately rushes towards the elderly woman to help her to her feet before he is joined by his colleague.

As the pair help the pensioner, another member of staff runs towards the fire hose which is eventually turned off.

Following the scenes, firefighters helped the pensioner collect her belongings strewn across the street.