The Australian Republic Movement has proposed a new hybrid model for a republic in which the country’s head of state would be chosen by voters from a shortlist of 11 names selected by state, territory and federal parliaments.

Launching the model at the Federation Pavilion in Sydney’s Centennial Park on Wednesday, the group said the “Australian choice model” was the only one that could receive majority electoral support at a referendum. 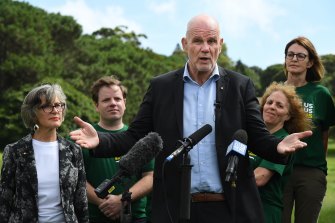 The hybrid model is designed to bridge a long-standing divide over whether an Australian head of state should be directly elected by the people or selected by the government, as is presently the case with the governor-general, who is recommended to the Queen by the Prime Minister.

In its policy statement, the ARM warns a direct election model would risk “unsuitable candidates” being put forward, rather than those who were qualified for the job.

At a 1999 referendum under John Howard, Australians were asked whether they wanted to replace the Queen with a President appointed by a two-thirds majority of the Federal Parliament. Opposed by republicans who preferred a direct election model, the referendum was lost 55 per cent to 45 per cent.

Mr FitzSimons, who is also an author and Herald columnist, said he personally preferred the model taken to the 1999 referendum, but “it won’t get up”. The ARM released polling by market research agency Pureprofile that found 57 per cent of respondents would vote for the model – higher than other models, which did not have majority support – while 25 per cent were unsure and 18 per cent would vote against. The support held across all age groups and political parties.

“It’s a model that has a chance of winning a referendum,” said ARM national director Sandy Blair. He said that when uncertain voters were asked how they would vote at a compulsory referendum, support for the hybrid model rose to 73 per cent.

The republican movement has stagnated in Australia since the failed referendum, and other polls – including a 2021 survey by Ipsos for The Sydney Morning Herald and The Age – have found support for a republic of some kind as low as 34 per cent. Among 18 to 24-year-olds it was just 26 per cent.

Latent support for the monarchy is thought to arise from the long reign of Queen Elizabeth II, a fondness for the younger royals including Prince William and his wife Catherine, the Duchess of Cambridge, and Prince Harry and his wife Meghan, the Duchess of Sussex – as well as a general apathy about the need for a republic. 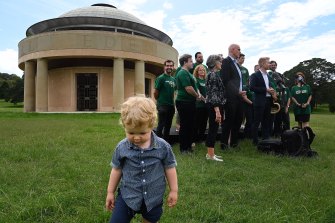 The republic movement has stagnated since the 1999 referendum, with some polls finding support lowest among younger Australians.Credit:Kate Geraghty

But Mr FitzSimons said there were 5 million voting Australians who were too young – or not even born – to vote at the 1999 referendum, and it was time to put the question to the people again.

Mr Blair and Mr FitzSimons said their proposed model had received support across the political spectrum, and perhaps more surprisingly from within the divided republican movement itself.

“So far we’ve lost no one,” Mr FitzSimons said. “Nobody has resigned from any committees saying ‘my way or the highway’ – everybody so far that has looked at it has said ‘yeah, this will work’.”

Labor went to the last election promising a two-step process; a threshold plebiscite on whether Australia should become a republic, which if resolved in the affirmative would trigger a referendum on the specific model. 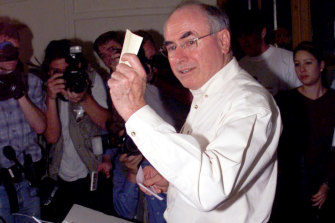 John Howard voting against the referendum for a republic in 1999. Credit:Simon Alekna

The ARM diverged from that approach on Wednesday, saying there was no need for a plebiscite or any other options, and the “Australian choice model” should be put directly to a referendum.

Labor released a statement welcoming the ARM’s work but noted that recognition for First Nations people and a Voice to Parliament were Labor’s priorities for constitutional reform, and that dealing with COVID was the country’s immediate concern.

Mr FitzSimons said there would always be people who believed the time wasn’t right to discuss a republic, but it was important that a suitable model was on the table before the death of Queen Elizabeth II, who is 95.