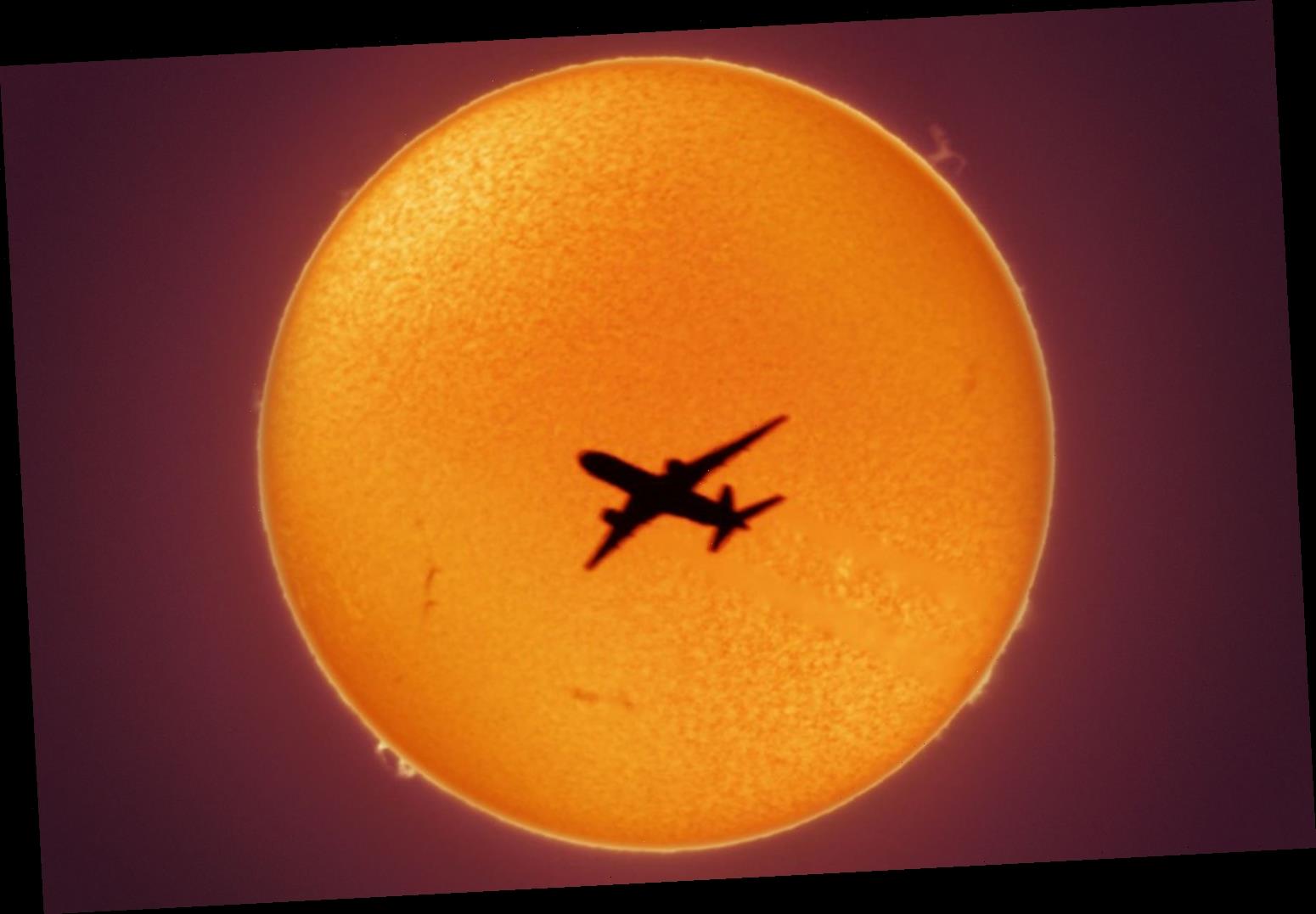 A PASSENGER plane is dramatically silhouetted against the fiery backdrop of the sun in this one-in-a-million photo.

The super snap shows the split-second the jet flew in front of the star. 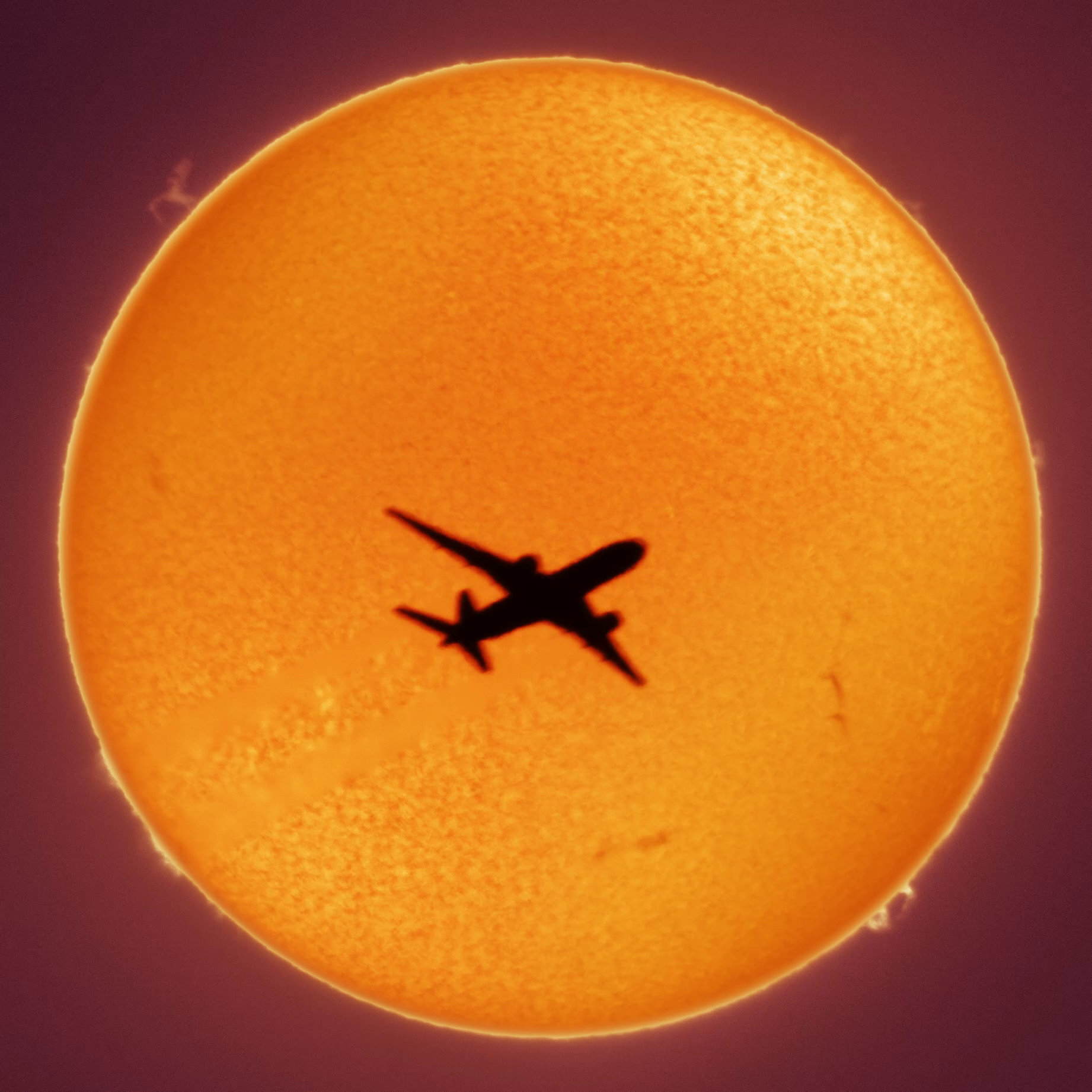 Astro photographer Andrew McCarthy, from California, said he captured it “by accident”.

The plane’s pilot asked for a copy after seeing it posted by Andrew.

Andrew said: “I was shooting the sun to get a nice picture of the prominences – the little tufts of plasma hanging off the limb – which is done using high-framerates, similar to video.

“During one of my batches, a plane happened to perfectly intersect the middle of the Sun.

“For me this is very rare. There are many photographers that set up near airports and plan for these shots, and get them easily. 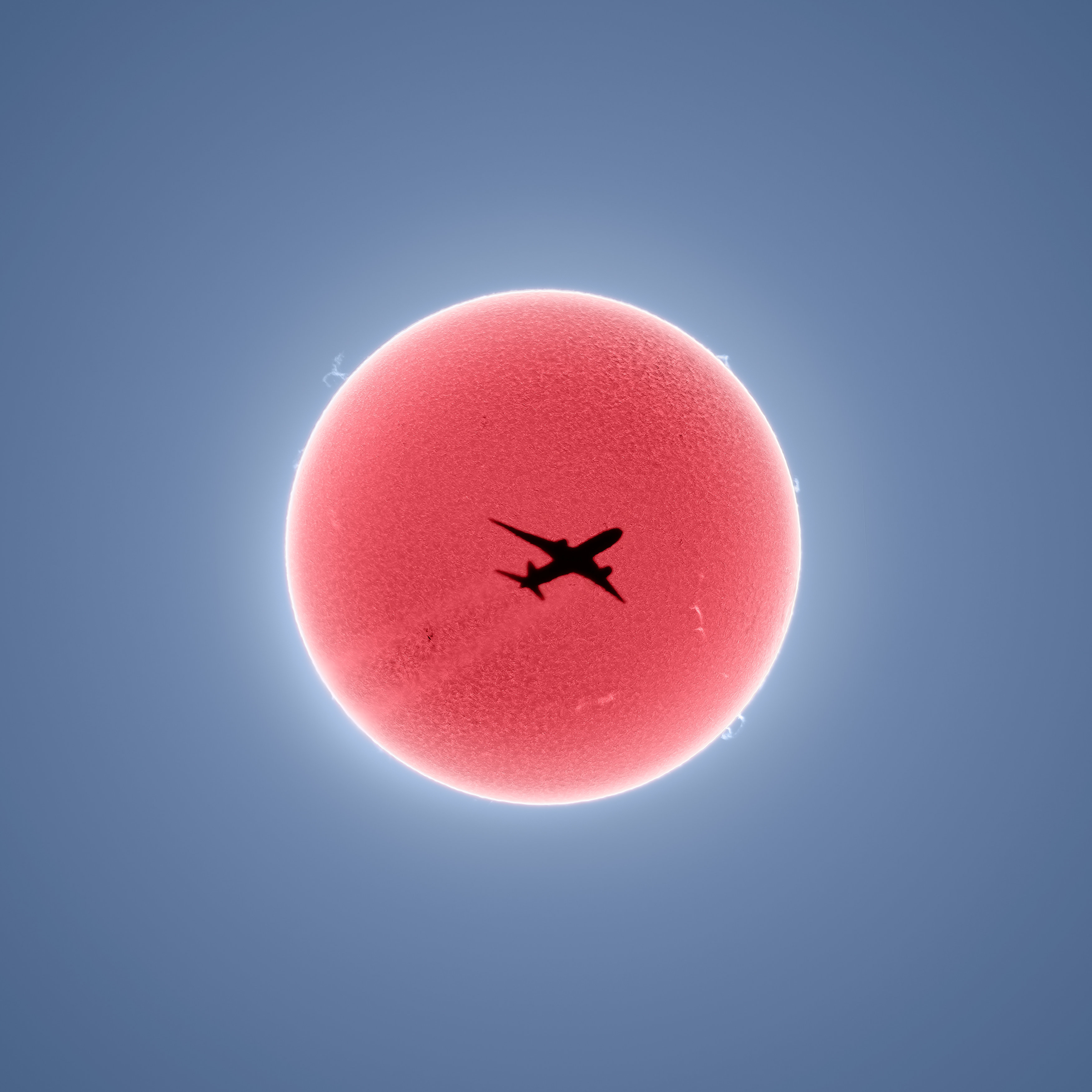 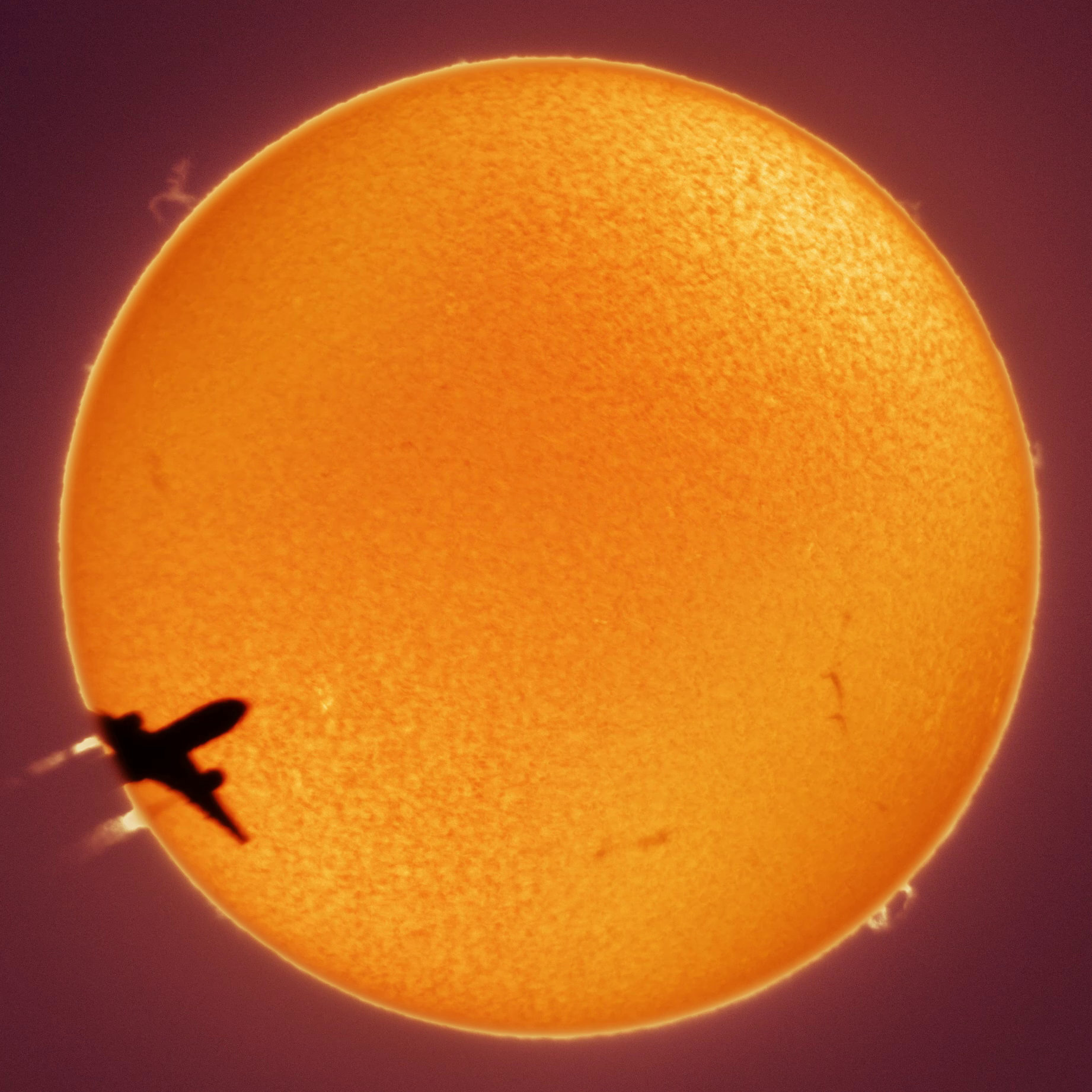 “However I am far from an airport, and in my two years of shooting the Sun, this is the first time I’ve captured a plane like this.

“Each image I capture of the Sun is a stack of thousands of shots, and I’ve perhaps done this hundreds of times – which would make this shot close to one-in-a-million to catch by accident like this.”

He said: “I determined the plane was flight United Airlines 425, and shared it on various social media channels where it was eventually seen by the pilot, who reached out and requested prints of the image.”