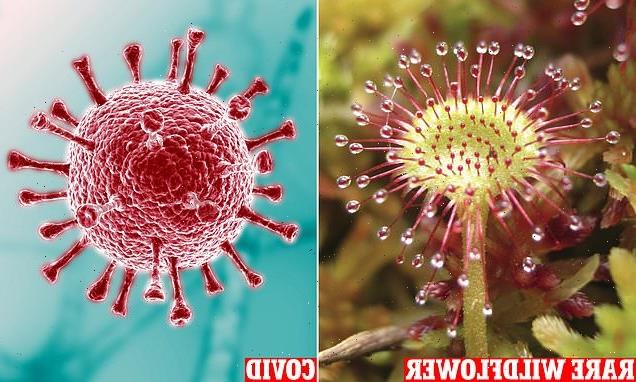 A nature photographer has found a rare carnivorous flower that unnervingly looks like the Covid-19 molecule.

Daniel Anderson was walking through a national park near Jurien Bay, around 220km north of Perth, last August when he spotted the unusual looking plant.

Last month he visited the site again to see the flower had bloomed and shared a photo to a wildflower Facebook page asking if anyone knew what it was.

The image attracted the attention of Curtin University carnivorous plant researcher Thilo Krueger who travelled to the park with Mr Anderson and confirmed it was a type of rare sundew that had never been named. 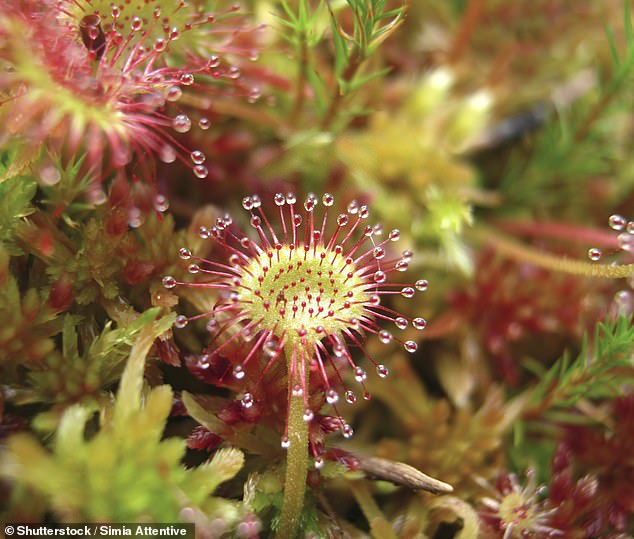 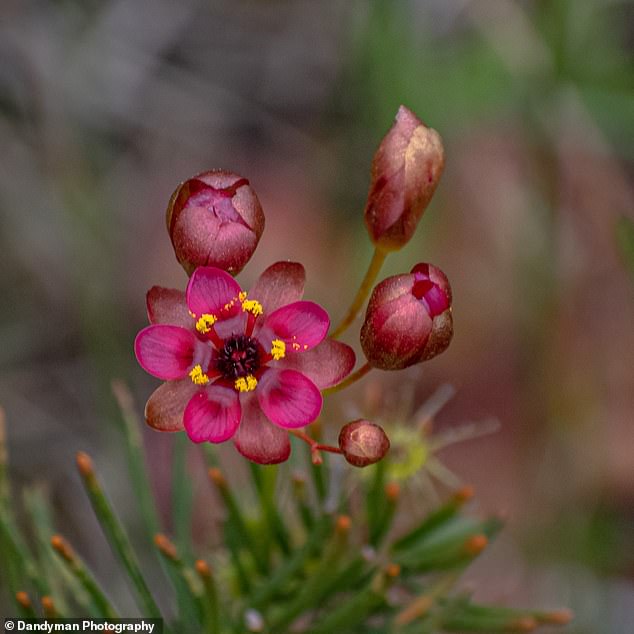 Daniel Anderson had been walking through a national park near Jurien Bay, around 220km north of Perth, last August when he spotted the unusual looking sundew plant (pictured)

‘I had just been out with my camera photographing wildflowers and I found this little one I’d never seen before and was curious to find out more about it,’ Mr Anderson told Daily Mail Australia.

‘At the time I didn’t realise how important it was but I now feel proud that I’ve been able to help science gain a bit more knowledge about this plant.

‘Hopefully that can be used to educate people about conservation.’

He said when he first spotted the flower a year ago, Covid-19 travel restrictions meant scientists and experts weren’t able to visit the site to have a look for themselves.

Luckily for Mr Anderson and Mr Krueger, WA has remained largely free of the virus this year which meant the researcher was able to travel to the park and see the plant up close.

The rare sundew uses its leaves to lure in and trap insects such as flies.

Records have shown the last herbarium sample taken of the plant dates back to the 1920s.

‘Mr Krueger said he’d been looking in the same area for a year but was never able to find it,’ the photographer said. 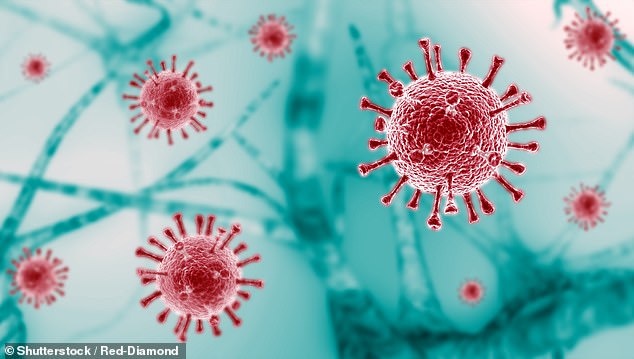 Pictured is the Covid-19 molecule

Photos of the flower shared online prompted many to make the connection to the Covid-19 molecule that looks strikingly similar.

‘Is that the corona virus of flowers,’ one person wrote.

‘It definitely looks like the covid 19 germ ball,’ said another.

‘I’d be getting rid of that thing quick smart. After the last couple of years you never know how that could mutate,’ one man joked.

Mr Krueger is now working on a report to name the plant with the Royal Botanic Gardens Victoria and Blue Mountains Botanical Gardens.

The flower is expected to be named by next year. 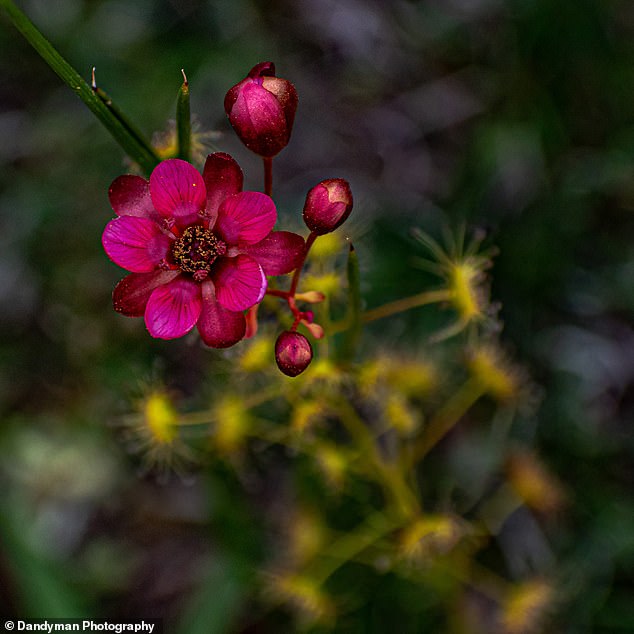