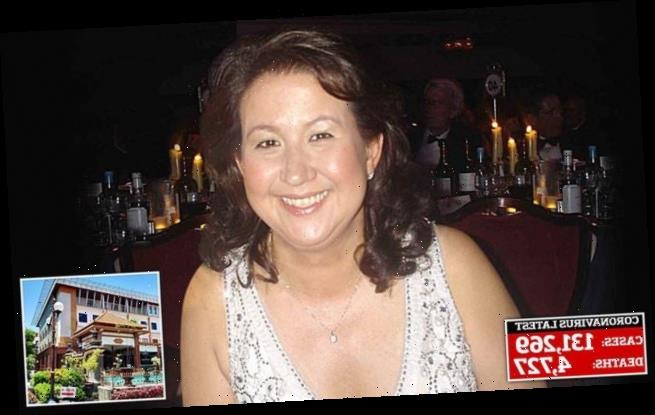 Pictured: British mother-of-four, 53, who died from coronavirus in Bali, as her husband remains in hospital isolation after testing negative

A British coronavirus patient who died in Indonesia earlier this week has been named as 53-year-old publisher Kimberley Finlayson.

Friends of the mother-of-four paid tribute to her ‘passion, creativity and determination’ after she died in hospital on the island of Bali.

The British tourist was admitted to hospital in a critical condition and already suffered from lung disease and diabetes before she was diagnosed with Covid-19, Indonesia’s government says.

Her husband has reportedly tested negative for the virus but is expected to remain in hospital isolation in Bali for several more days. 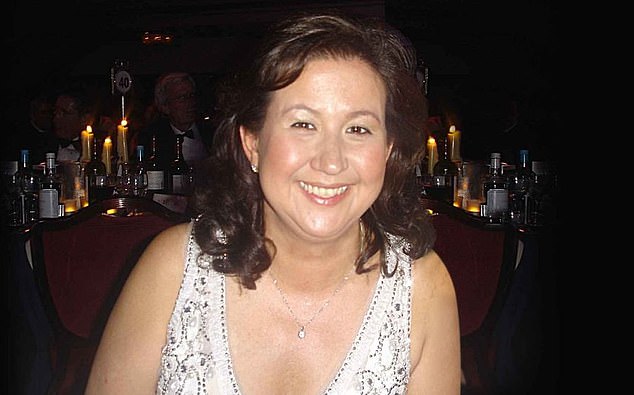 British tourist Kimberley Finlayson, pictured, died in hospital in Indonesia this week after being diagnosed with coronavirus

Tributes were paid to Ms Finlayson on the website Dentistry.co.uk, which hailed her work as a publisher in the dental industry.

Friends paid tribute to her ‘passion, creativity and determination that will forever be written into the fabric of the business’ which she helped to found.

‘She demanded much from her people, yet gave back so much more. Her generosity outmatched even her determination to excel.

‘She championed her family with the same fierce pride with which she approached her business, and her four children were the centre of her world.

‘Those fortunate enough to know her will remember a whirlwind of energy and ideas – and an ability to make things happen that few can match.’

Reports in Indonesia said she was cremated on Wednesday.

Local officials said her husband Ken was due to return to the UK soon, but Australian network 7News reports that he is still in hospital.

Sources said he had initially tested negative for the virus, but would need to be tested again to confirm the result. 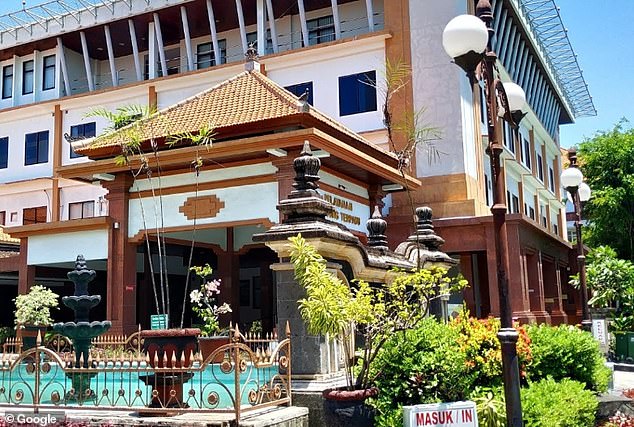 Indonesia’s government said the 53-year-old tourist with diabetes and lung disease had died in hospital, believed to be the Sanglah hospital in Bali (pictured)

Mr Finlayson is expected to remain in the Sanglah hospital, where his wife had also been treated, for several more days.

The couple’s four children were not with them on holiday in Bali, it is reported.

Achmad Yurianto, a government spokesman on efforts to contain the virus, previously said that the British tourist had contracted the virus abroad.

Mrs Finlayson had already been in critical condition when she was admitted to a hospital, the health ministry official said.

According to the Bali Post, she was cremated on Wednesday at the Mumbul crematorium on the island.

She was cremated ‘according to the procedure for handling corpses for people infected with infectious diseases due to viruses’, it is reported.

Countries including China have previously ordered virus victims to be cremated quickly to stop the spread of the virus. 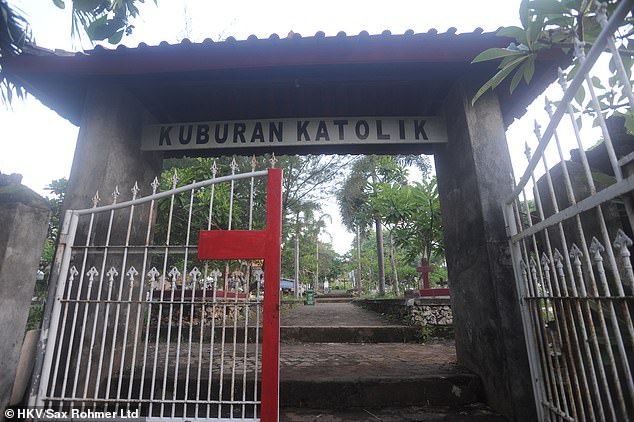 A UK Foreign Office spokesman said: ‘We are supporting the family of a British woman who has died in Indonesia and are in contact with local authorities.

‘Our sympathies and thoughts are with her family at this difficult time.’

UK officials have not confirmed her cause of death, but the Indonesian government says she had tested positive for coronavirus.

Her death follows that of a British national who had travelled on the ill-fated Diamond Princess cruise ship before it was quarantined in Japan.

The unnamed Briton died in hospital in Japan last month after being taken off the ship following a positive test for coronavirus.

Three other Britons also tested positive on board the ship. Two of them are still in hospital in Japan while one has returned to the UK.

There are 596 confirmed cases on UK territory, including 10 deaths, but Boris Johnson said yesterday that the true figure is likely to be higher.