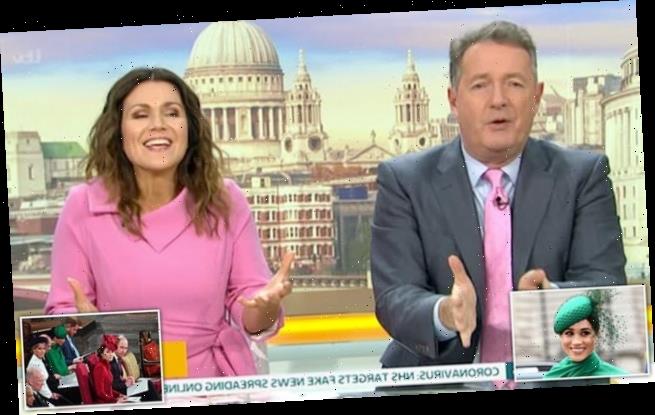 ‘She looks like a Cheshire cat’: Piers Morgan blasts Meghan Markle who has ‘got everything she wants’ despite Prince Harry and Prince William ‘at war’ over Megxit… as he asks ‘what would Diana think?

Piers Morgan today launched a scathing criticism of Meghan Markle and Prince Harry in the wake of their last appearance as senior royals.

The Good Morning Britain host hit out at the pair for ‘being very divisive’ and failing to ‘earn respect’ from the British public.

He argued people should be ‘asking if the Queen is okay’, rather than Meghan, who he claimed, ‘looks like a Cheshire cat.’

His comments came as the Duke and Duchess of Sussex prepare to bow out of royal duties and embrace their new life in North America.

Piers was discussing Meghan and Harry taking part in a Commonwealth Service in Westminster Abbey; their final appearance as senior members of the royal family.

But he noted there was a ‘glacial’ tension between brothers William and Harry which was palpable at the service, adding, ‘What would Diana think? Her boys are barely able to speak to one another.’

He said Kate could ‘barely look at Meghan’ during yesterday’s service, adding, ‘Prince Edward was Kofi Annan in all this.’

He then argued people should be asking if the Queen is ‘okay’, rather than the Sussexes.

Piers said: ‘A lot of the tension surely is that they [Harry and Meghan] have been holding the royal family, the Queen to ransom.

‘These two have been laying the law down to the Queen.

‘This obsession we have with, are Meghan and Harry ok – they’re fine- they’re going off to Hollywood to become superstars.

‘I bet the Queen’s not been ok. Her grandsons are at war.

‘People ask, “is poor Meghan ok?” but she looks fine to me. She’s spent the last few days looking like a Cheshire cat. She’s got everything she wanted.

‘My sole thought is, is the Queen ok? I think she’s had a horrible year and it’s been helped in my view by this quite selfish conduct.’ 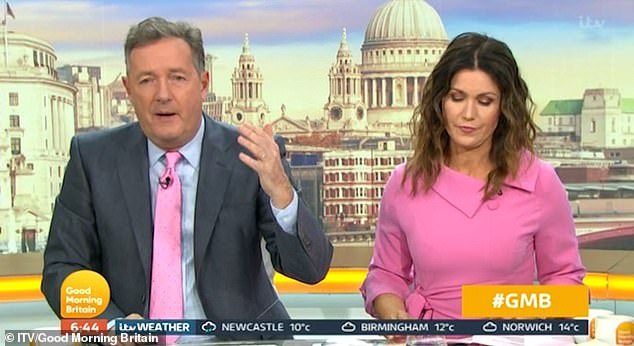 Piers argued people should be asking if the Queen is ‘okay’, rather than the Sussexes 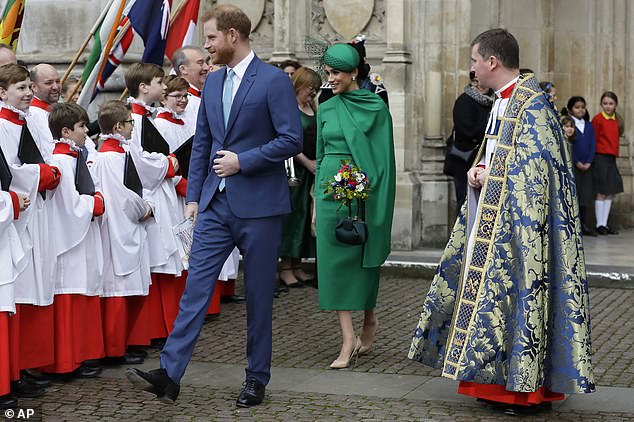 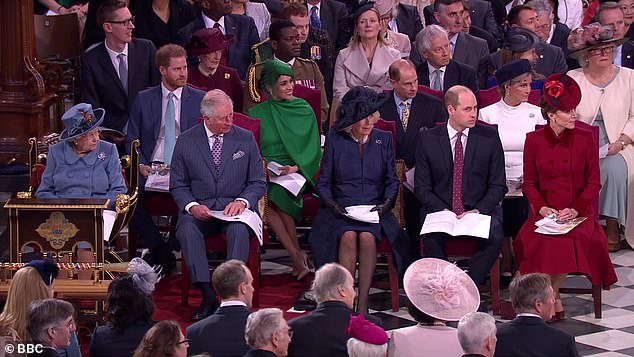 He then asked why the couple did not bring their son Archie to the UK with them to see his grandmother and said Harry and Meghan ‘did not like the criticism.’

‘They didn’t like all the criticism. I thought it was perfectly justified. The papers were positive before they only got criticising when stuff was worth criticising.

From March 31, the monarch’s grandson and American former actress Meghan will no longer use their HRH styles as they pursue a new life of personal and financial freedom, mostly in North America.