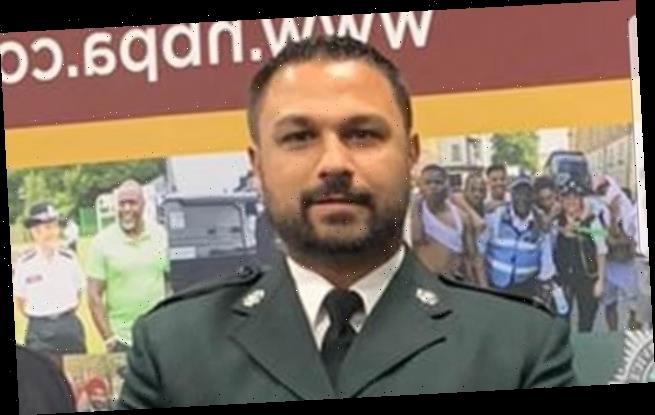 Political correctness does not address the real problems faced by ethnic minorities, says head of the National Black Police Association

Political correctness does not address the real problems faced by ethnic minorities in Britain, the head of the National Black Police Association has said.

Andrew George, an inspector with the Police Service of Northern Ireland, told the Sunday Telegraph that this sensitivity may have gone ‘too far in some stages,’ such as leaving people unable to ‘call a black coffee a black coffee.’

The officer, born in County Armagh to a Malaysian father and Northern Irish mother, said this often takes away from ‘wider issues on things that are impacting on black and minority ethnic communities everyday.’

He added: ‘I think with political correctness it was probably an attempt to do the right thing and to get things right but I think a lot of the stuff that was brought in was done without a lot of consultation with those who are probably affected most.

‘I think things did shift in a certain direction, potentially even too far in some stages, around being too politically correct and not being able to call a black coffee a black coffee.

‘It kind of takes away from the wider issues on things that are impacting on black and minority ethnic communities everyday, the societal issues around the fact that they have limited opportunities; they have limited access to resources like IT; they are in this cycle of poverty due to legacy issues in the community.’ 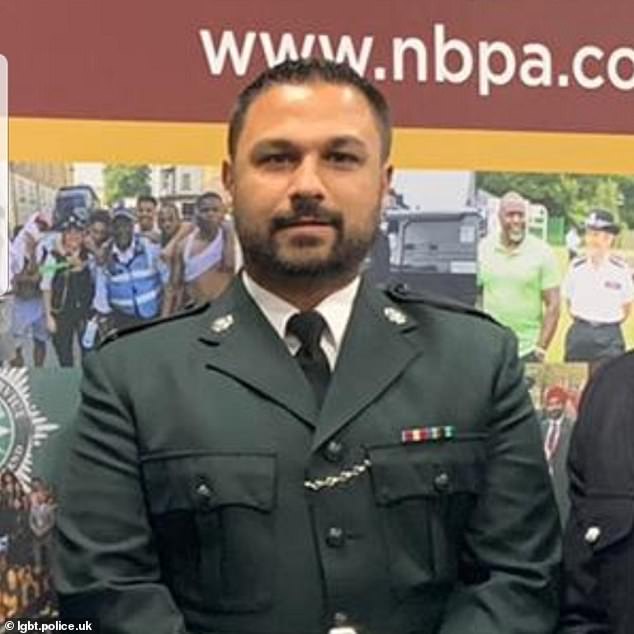 Andrew George (pictured) said this sensitivity may have gone ‘too far in some stages,’ such as leaving people unable to ‘call a black coffee a black coffee’

Mr George, who recently took lead of the National Black Police Association, went on to insist police forces in Britain ‘shouldn’t shy away from the difficult issues.’

He added he believes some of the progress made in policing since the murder of Stephen Lawrence in 1993 has recently been undone.

The officer said this had a lot to do with resources and austerity, with British forces reportedly seeing a significant reduction in neighbourhood policing since 2014.

His comments come after Sadiq Khan repeatedly refused to deny he believes the Met Police is institutionally racist as he ordered the force to justify stop and searches on black suspects and double their target for new BAME recruits from 19 per cent to 40 per cent within two years.

Mr Khan has ordered the 40 per cent recruitment target by 2022 because 40 per cent of the London population is from the Black, Asian & Minority Ethnic (BAME) community as he seeks to overhaul Scotland Yard from City Hall.

He has also convinced Scotland Yard Commissioner Cressida Dick that officers will have to review stop and search and justify incidents to community panels. 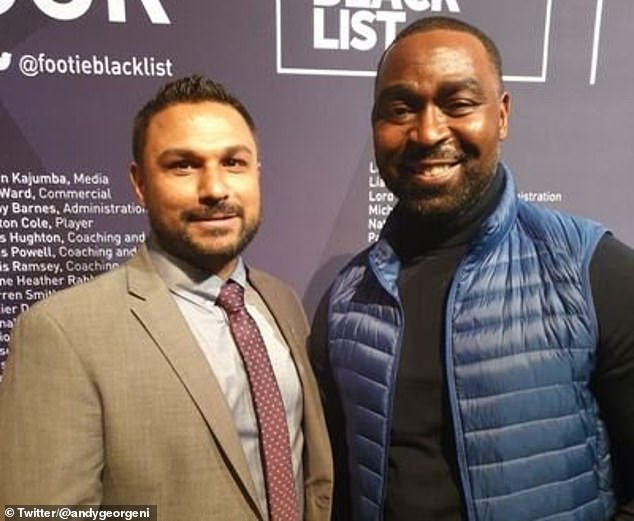 The officer (left), born in County Armagh to a Malaysian father and Northern Irish mother, said this often takes away from ‘wider issues on things that are impacting on black and minority ethnic communities everyday’ 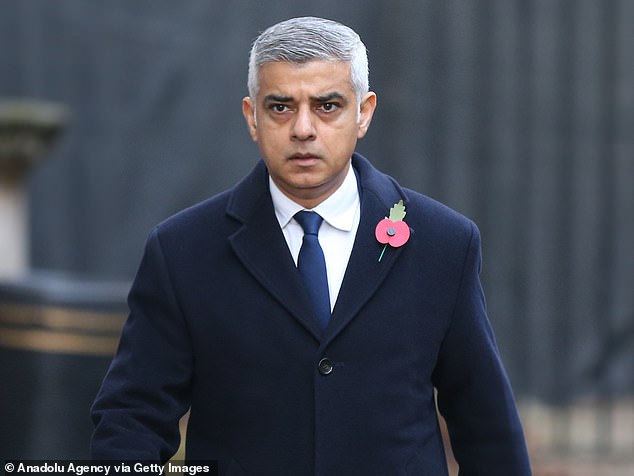 But their joint race action plan, published on Friday, does not make clear if the panels will have any powers to punish officers they believe have behaved inappropriately.

Mr Khan has previously backed claims the Met was guilty of racial profiling following a series of incidents filmed and shared online, including the vehicle stop of black Team GB athlete Bianca Williams in July and Labour MP Dawn Butler in August.

While the Mayor is responsible for policing in the capital, he will face accusations that he is overreaching his powers ahead of next year’s election.

Met Commissioner Cressida Dick said her force is ‘not free of discrimination, racism or bias’, despite insisting in August that the Met is not institutionally racist.

Sadiq Khan orders shake-up of Met ahead of 2021 election

Today’s report is being branded the the most significant changes to policing black communities in London since The Macpherson Report.

Mayor of London Sadiq Khan has said his plan will be implemented in full and won’t ‘gather dust like others’.

In his plans Mr Khan has called for an immediate review of police road traffic stops in the capital as part of a plan to address concerns over tactics affecting black Londoners.

The mayor has asked the Met to launch a year-long pilot scheme looking at samples of vehicle stops to identify any disproportionality relating to ethnicity.

Half of all Black, Asian and Minority Ethnic (BAME) police officers in England and Wales – more than 5,000 – work in the Met, while around 31 per cent of its 2,000 special constables and 43 per cent of its volunteer police cadets are from such backgrounds.

There are also nearly 10,000 police staff colleagues of whom more than a quarter are from BAME communities.

However, the commissioner has outlined an ambition to increase the numbers further and ensure BAME officers make up 40 per cent of all Met officers recruited from 2022, while trying to encourage more black Londoners to consider a career in policing.

The scheme, which has also been worked on by London Mayor Sadiq Khan includes £400,000 of ring-fenced funding as part of efforts to eradicate disproportionality in promoting officers, so there are ultimately more BAME sergeants and inspectors.

Furthermore, new recruits will spend a proportion of their initial learning understanding the history of the local area they will police, including learning the cultural history, lived experiences and the challenges the communities have faced.

Steps are also being outlined to improve stop-and-searches, which top brass insist must be justified to community panels.

The commissioner said: ‘I want the Met to be the most trusted police service in the world. We have made a lot of progress over many years, but there is much more to be done. I have been committed to this work throughout my service as a police officer and that commitment is as strong as ever.

‘I recognise trust in the Met is still too low in some black communities, as is their trust in many other institutions. I feel very sorry about that. It is something I have worked to change and I commit now to stepping up that work further.

‘Lower levels of trust create challenges to keeping Londoners safe – be it a reluctance to share information, to report crime, or to support our work to tackle violence. Sadly this leads to more black victims of crime.

‘My top two operational priorities are reducing violence and increasing public confidence in the Met, particularly the confidence of Black, Asian and Minority Ethnic communities. Actions are more important than words and, as I have said before, we can do more and we will.

George Floyd’s death was utterly awful. We all recognised the strength of feeling over the summer here in London and elsewhere. I fervently believe that UK policing is entirely different from policing in the US, but I do understand that what happened has reignited questions on policing and black communities, both now, and in the past.

‘Our job is to protect all of London’s communities – and to do so with professionalism and empathy. Levels of violence and crime generally are too high. I have met too many grieving parents, grieving mothers, of murder victims to not know the devastating impact of people carrying knives and guns.

‘Sadly the most serious violent crime on our streets, knife and gun enabled, affects our black communities more than others.

‘As police, we have exceptional powers vested in us, in order to prevent crime and disorder, keep the public safe and to bring people to justice. Sometimes we have to use those powers swiftly and firmly. When we use those powers we must do so carefully, without bias and with compassion.

‘That is why we are redoubling our efforts to explain why we do what we do, to make improvements where necessary and to build confidence. Along with a great many other people and institutions in London, we have a duty to do all we can to ensure London remains a safe and free global city.’

The Met has faced controversy and accusations of racial profiling following a series of incidents filmed and shared online, including the vehicle stop of Team GB athlete Bianca Williams and her Portuguese sprinter boyfriend Ricardo Dos Santos.

Five officers are being investigated for misconduct after they were pulled over while travelling with their baby in west London in July.