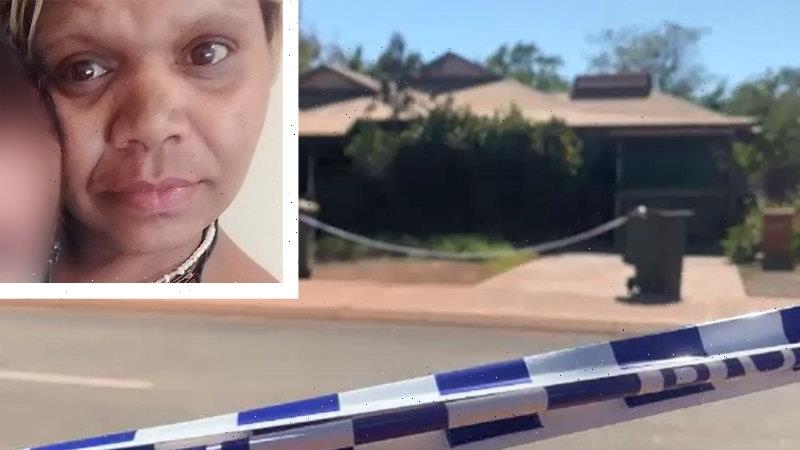 Western Australia’s Department of Communities has launched a review of its interactions with a mother accused of murdering her three children and setting their Port Hedland house on fire.

Margaret Dale Hawke, 36, briefly appeared in court on Tuesday, charged with three counts of murder over the deaths of her children, aged five months, and seven and 10 years old, as well as one count of criminal damage by fire over the blaze at the Pilbara home on July 19. 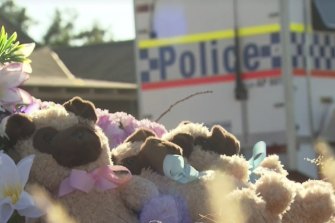 A growing memorial of teddy bears outside the Port Hedland house where three children were killed in a house fire.Credit:Nine News Perth

In a statement, a state government spokeswoman said it was a “tragic case” and their “deepest condolences go to family and friends of the children at this difficult time”.

“The family was known to the Department of Communities, and the department immediately commenced a review into its interactions with the family, as is standard practice with any case of this nature,” she said.

“As we must respect that there is a court process under way, we are unable to provide any further comment.”

But Opposition Leader Mia Davies said she believed the department should release the findings of its investigation to the public.

“There needs to be a light shone on that department,” she said.

“It wouldn’t be the worst thing in the world to see the auditor-general actually go in there and do a forensic audit.

“That mega department … is clearly dysfunctional, and dealing with some of the most vulnerable people in our community.

“It’s time that the light was shone into all corners of that significantly large and complex department to make sure that we are actually doing what’s right for the vulnerable people in Western Australia.”

“I know people want us to intervene in certain ways, but I do not want to say or do anything that might prejudice a trial,” he said.

“But having said that, it’s a very sad event. Obviously, a community and family is hurting a lot, and we all feel for them.”

Hawke remains in custody and will next appear in court on August 31.