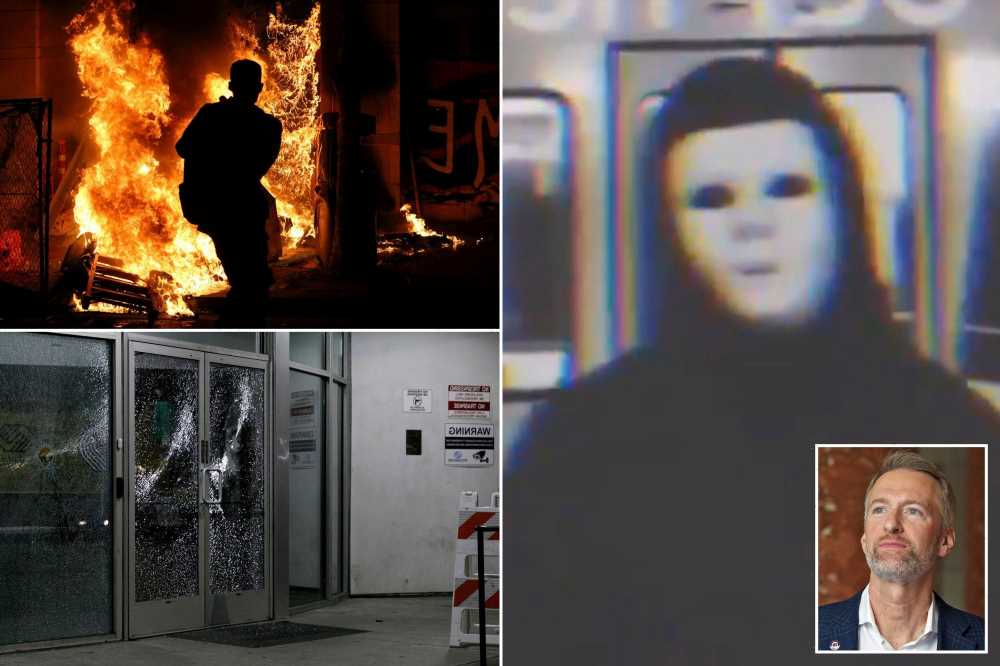 We have to ‘take our city back’ from ‘anarchist mob,’ Portland mayor says

Portland cop punched and knocked to ground during night of destruction

Hundreds arrested across the country at protests over police shootings

Portland police and the FBI are investigating a veiled death threat against Mayor Ted Wheeler, days after he promised to “take our city back” from the “anarchist mob,” according to a report.

The chilling threat was made in a video on Twitter Wednesday night in which self-confessed Antifa loyalist vows to continue rioting in the Oregon city — and includes the mayor’s home address as a warning, The Oregonian said.

“Blood is already on your hands, Ted,” says the video’s narrator, wearing a full-face mask and with an “Anonymous”-style altered voice.

“The next time, it may just be your own,” the narrator warns in the two-minute video — with a menacing chuckle as his address is posted.

“Ted, we are asking for the last time that you resign. If you ignore this message outright, the destruction to your precious way of life is going to escalate,” it warns.

The narrator identifies as a member of Portland’s anarchist and anti-fascist community and says the riots and widespread property destruction will continue until Wheeler resigns, the outlet said.

“Window smashing and riots are a necessary escalation when those in power have proven that they are unwilling to listen,” the video’s narrator says.

It came days after Wheeler finally said Friday that it was time to “make a stand” against “the self-described anarchist mob” that has been tearing apart the City of Roses since George Floyd’s death last May.

“Our job is to unmask them, arrest them and prosecute them,” he had said.

A spokesman for Wheeler, Jim Middaugh, told The Oregonian that the mayor and his office learned of the video Wednesday night and that the Portland Police Bureau opened an investigation.

Sgt. Kevin Allen, a Portland police spokesman, confirmed the bureau’s investigation but said he could not release additional details at this time.