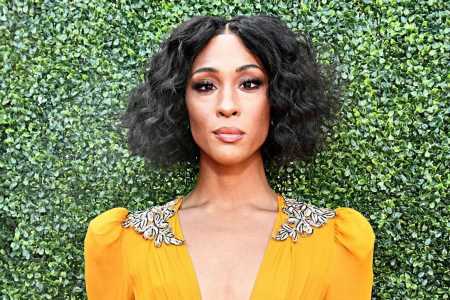 For the trans community, choosing a name that aligns with their identity is one of the most pivotal moments of their lives. Some institutions, like banks for example, make it difficult for their customers to change the way they’re referenced on accounts, in correspondences, and even on their debit cards.

For the second year, an initiative enacted by Citigroup is aiming to break down this barrier, and Michaela Jaé Rodriguez helping spread the word.

“What they’re doing is so incredibly important and I’m so glad to be supporting it,” Rodriguez told ESSENCE. She is a brand ambassador for the initiative and said she deeply aligns with its mission based on her own personal experiences.

Rodriguez made history as the first-ever trans woman to be nominated for an Emmy Award in a major acting category and win a Golden Globe Award for Best Actress – Television Series Drama in her standout role on the hit show FX Pose.

Eligible existing credit cardmembers will be able to request a new credit card, which displays their chosen name.

“For a long time, a lot of people who are a part of the trans community and the gender nonconforming community, there would be a long process of documentation, name-change affirmation, and birth certificates… and it would just be kind of deterring and a little degrading when you had to go through that process,” Rodriguez said in an interview with Pride. “Citi’s not doing that. It’s just making it easy for young people to feel comfortable in who they are.”

Launched last year, Citi’s Chosen Name program was one of the first of its kind among financial institutions.

“At Citi, we are passionate about helping to ensure our customers feel recognized, accepted and empowered to be their true selves,” said Carla Hassan, Citi Chief Marketing Officer in a 2021 news release when the feature was initially rolled out. “We’re incredibly proud to launch the True Name feature, through our relationship with Mastercard, because we strongly believe that our customers should have the opportunity to be called by the name that represents who they really are.”

Citi said they are committed to helping drive an equitable and inclusive culture, and the program is just one part of their support mission.

“Since introducing the True Name feature, we’ve received incredible feedback from our partners and allies within the transgender and non-binary communities on how the capability has eased a major pain point in their lives,” said Cheryl Guerin, EVP marketing & communications for Mastercard. “By working with Citi and its significant network, we’re thrilled that we’ll be able to extend the reach and impact of the True Name initiative.”