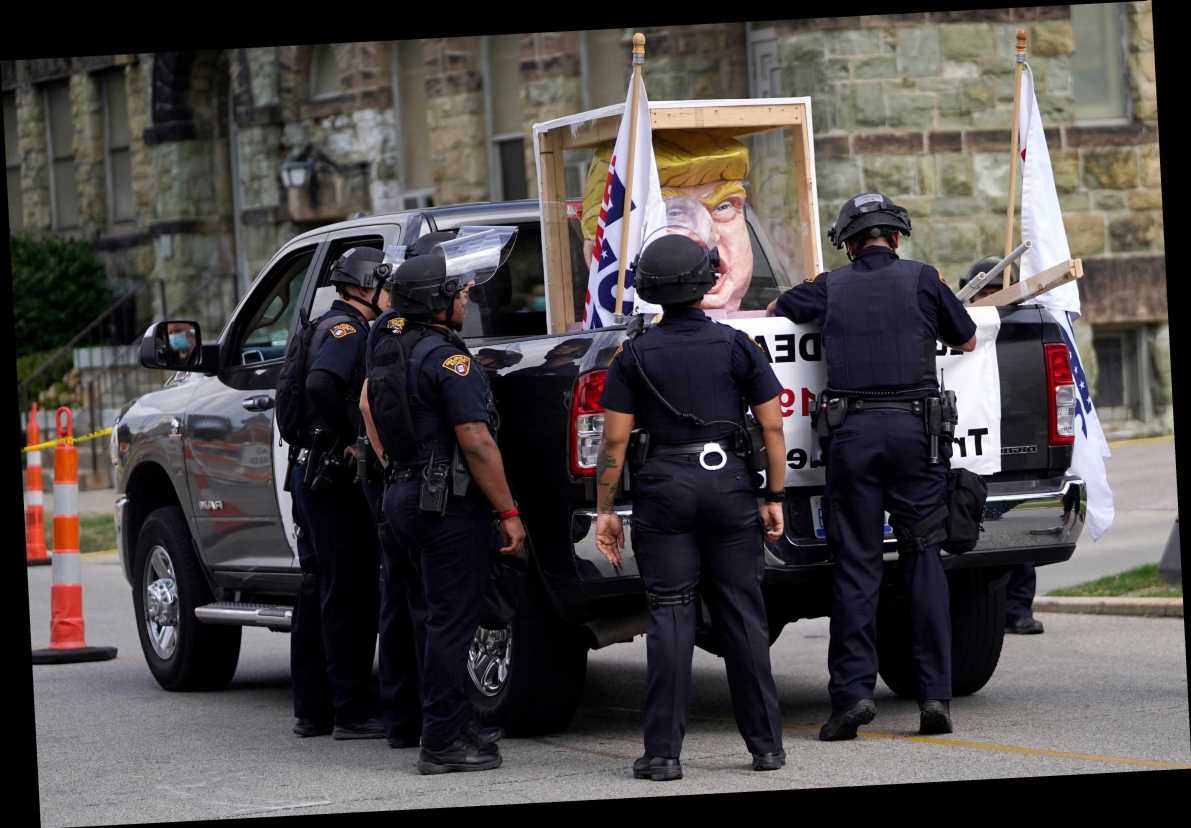 NATIONAL Guard troops in Humvees will join armed cops to patrol the streets of Cleveland tonight during the first presidential debate.

The Ohio city is on full-scale riot alert over mounting fears of violent clashes between hate-filled extremists backing both sides.

⚠️ Read our US election live blog for the latest news & updates 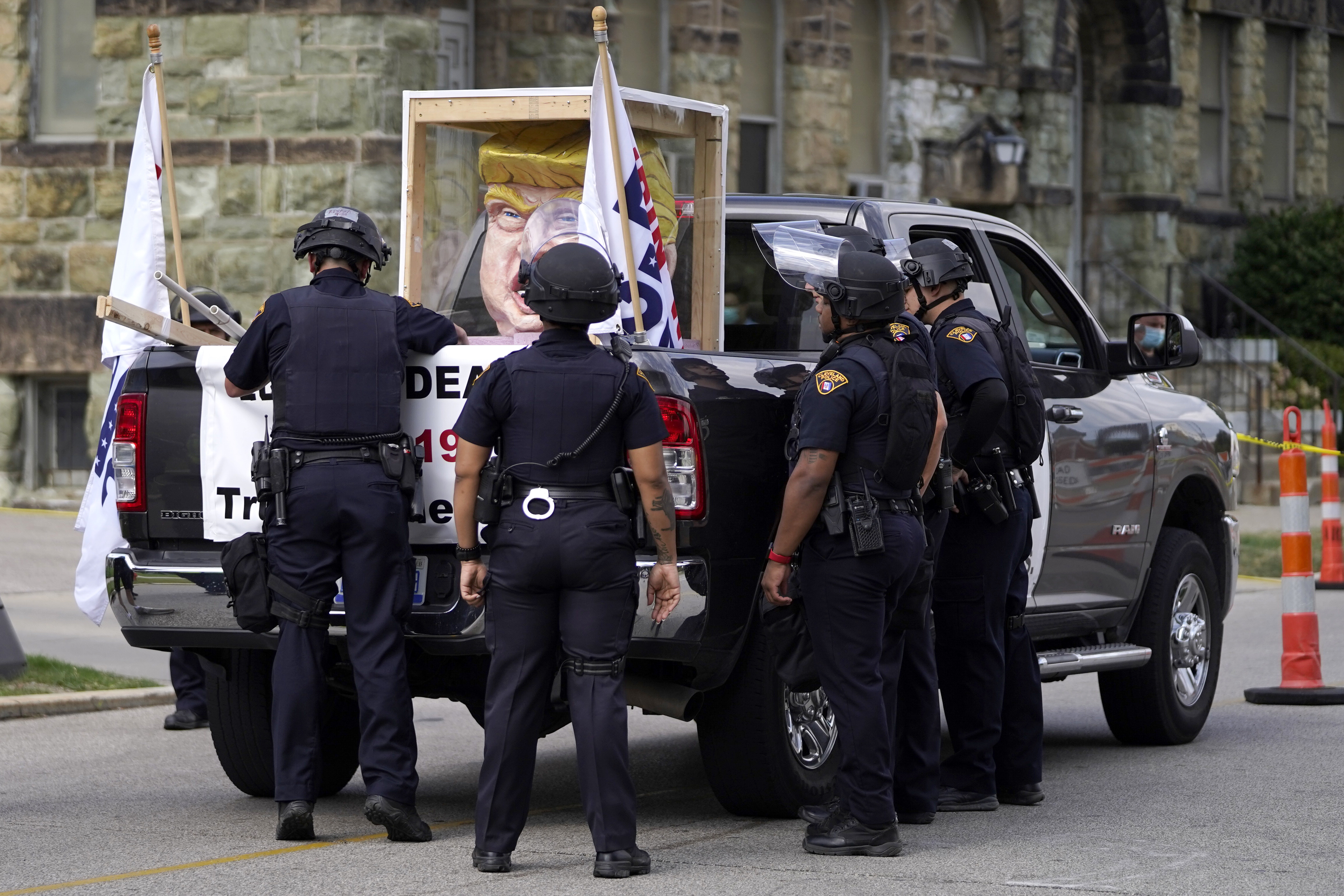 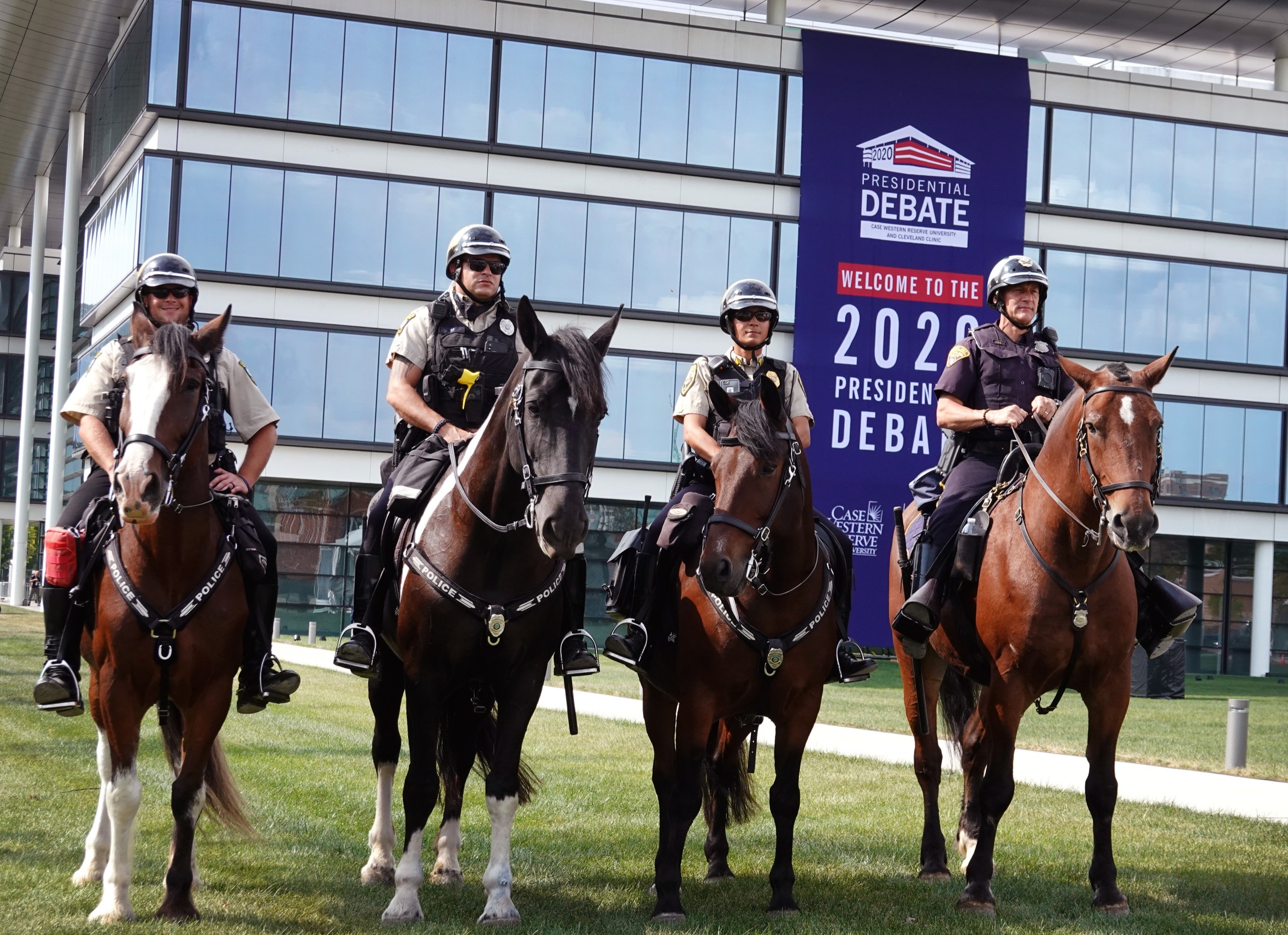 The secret service has already set up a secure perimeter around the Samson Pavilion, at Case Western Reserve University, where the head-to-head is being held.

There are also numerous road closures in place which will be enforced by the local police and more than 300 members of the National Guard.

The much-anticipated debate is expected to be a fiery affair – with both Donald Trump and Joe Biden saying they are relishing locking horns.

However, some fear the real clash will take place on the streets surrounding the conference center.

And the city's mayor Frank Jackson has now urged protesters to behave themselves.

He said: "Cleveland has been a peaceful city lately so let’s keep it that way and show the people the way Cleveland is." 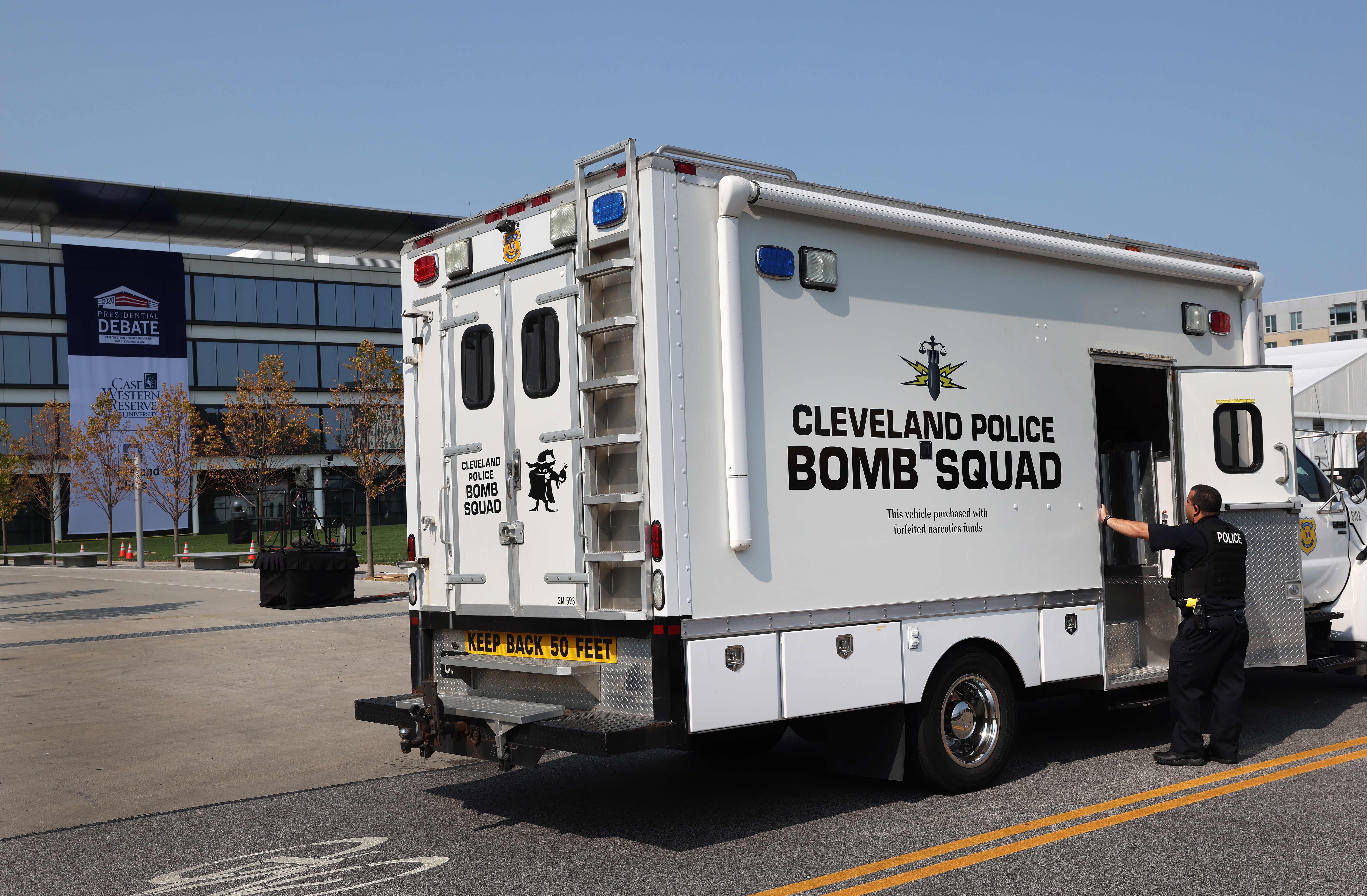 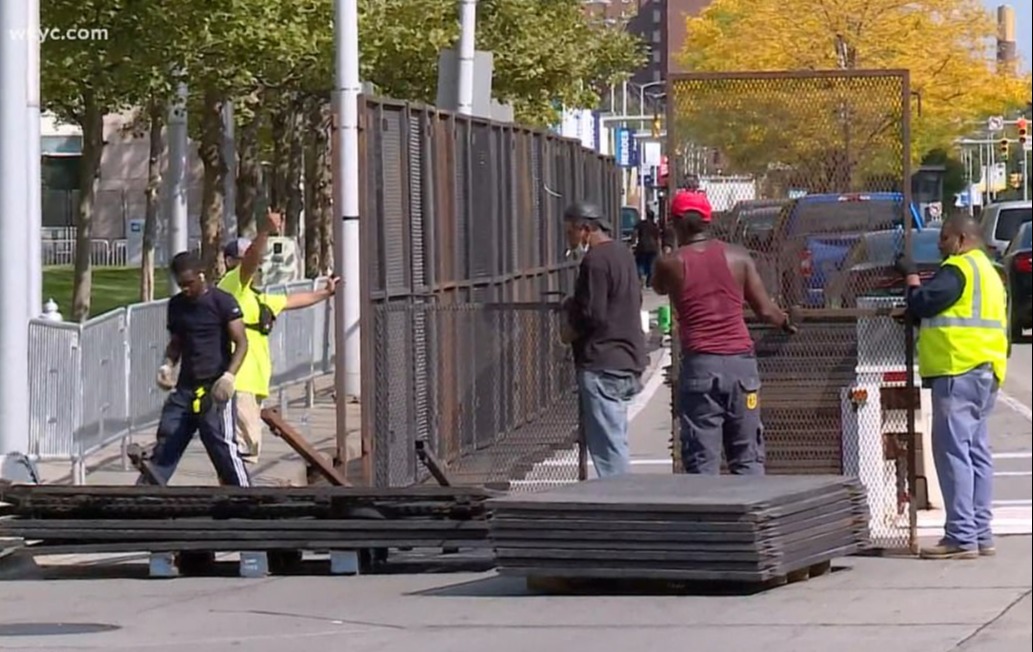 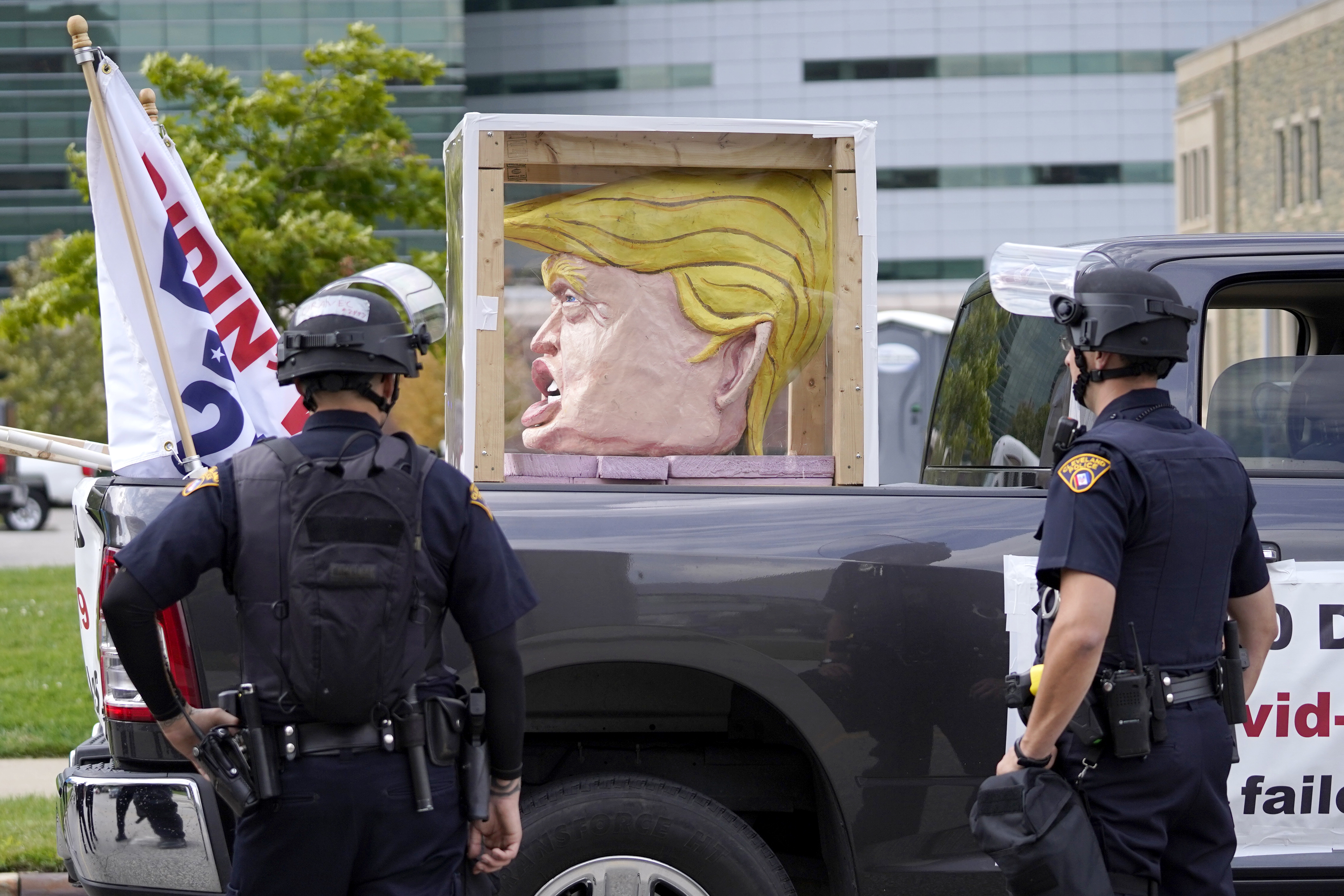 However, the Ohio National Guard says if violence does erupt it is more than ready,

Ohio Governor Mike DeWine revealed around 300 troops will patrol the city to “ensure a safe and secure environment".

Manyhave recently been in action during the violent demonstrations which erupted across the state.

Cleveland is still recovering from a protest-turned-riot on May 30 that resulted in $6.3 million in damages.

Dozens of businesses are still boarded up in the wake of those riots and many more have shut up shop ahead of tonight. 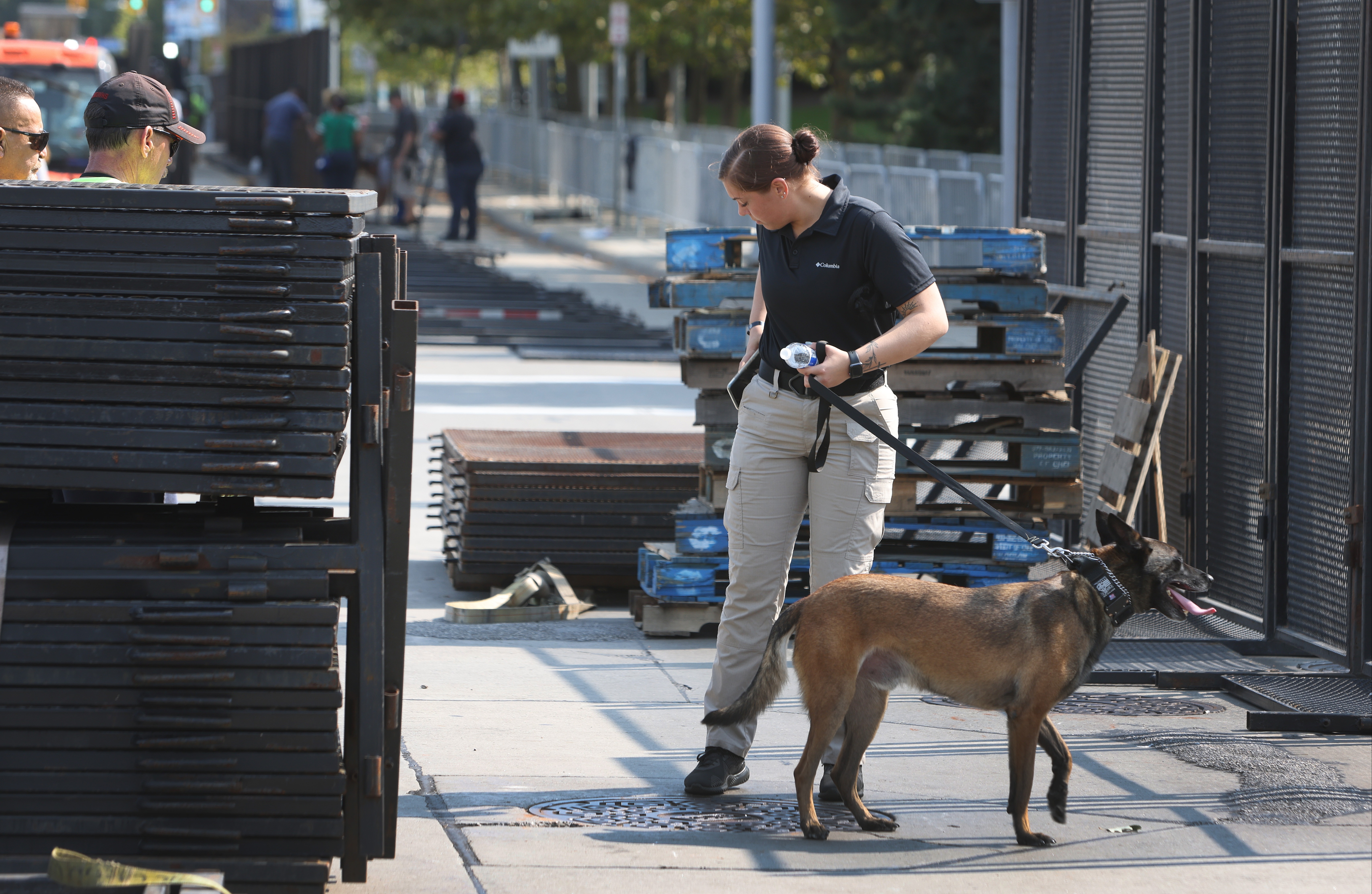 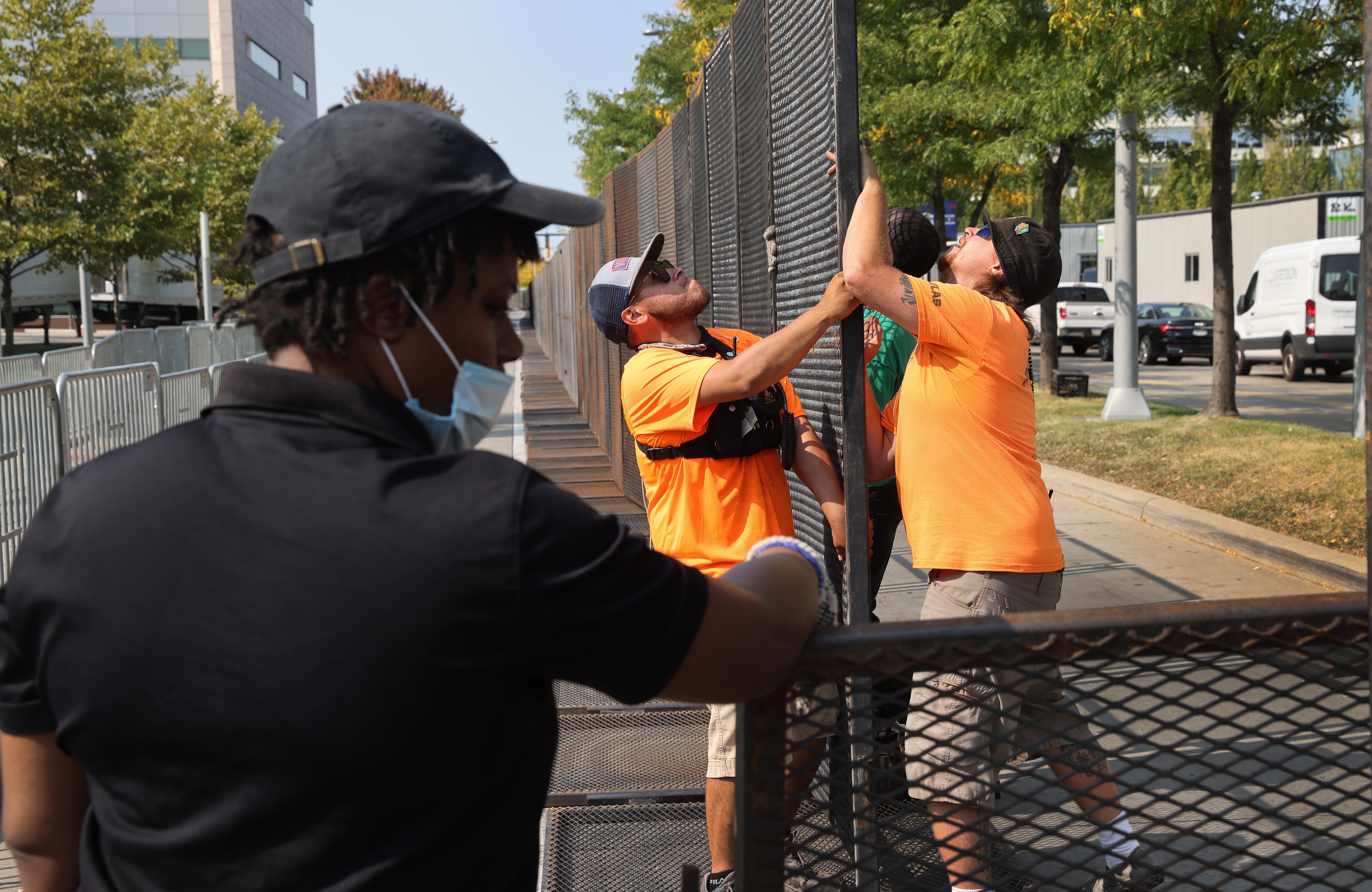 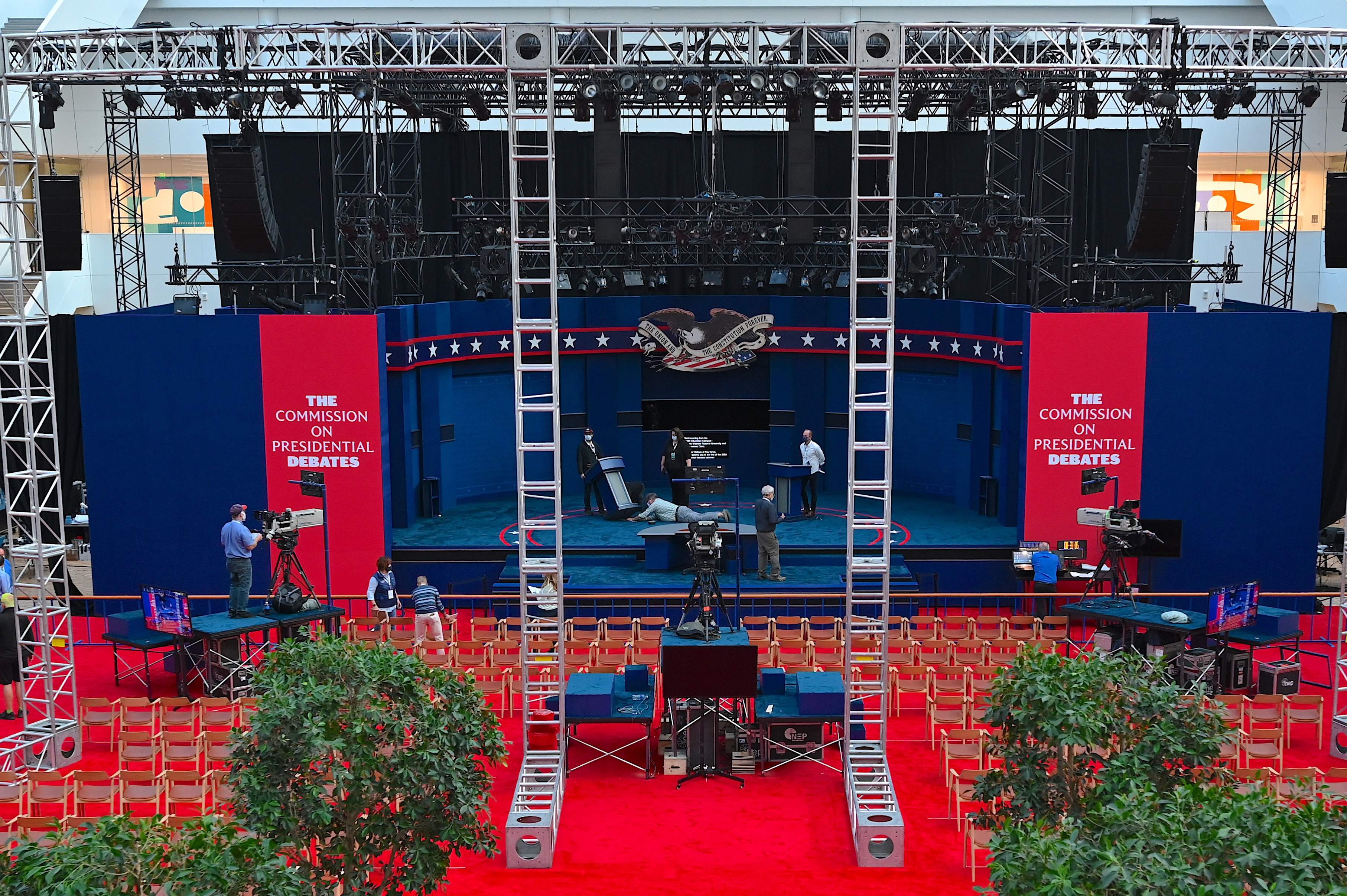 First-floor residents of some neighboring apartment buildings have also covered their windows with plywood.

"There is some concern based on all of the folks with all of the different ideologies that will be coming to town," said local Councilman Blaine Griffin told Fox News.

"We support anybody's right to protest and do what they need to do but we just don't want any harm to personal property."

The presence of extremists – including the right-wing Proud Boys and left-wing Antifa – has increased on the streets of the US in the run up to the election.

The Cleveland Board of Control has now issued a lengthy list of what will not be allowed near the debate “event zone.” 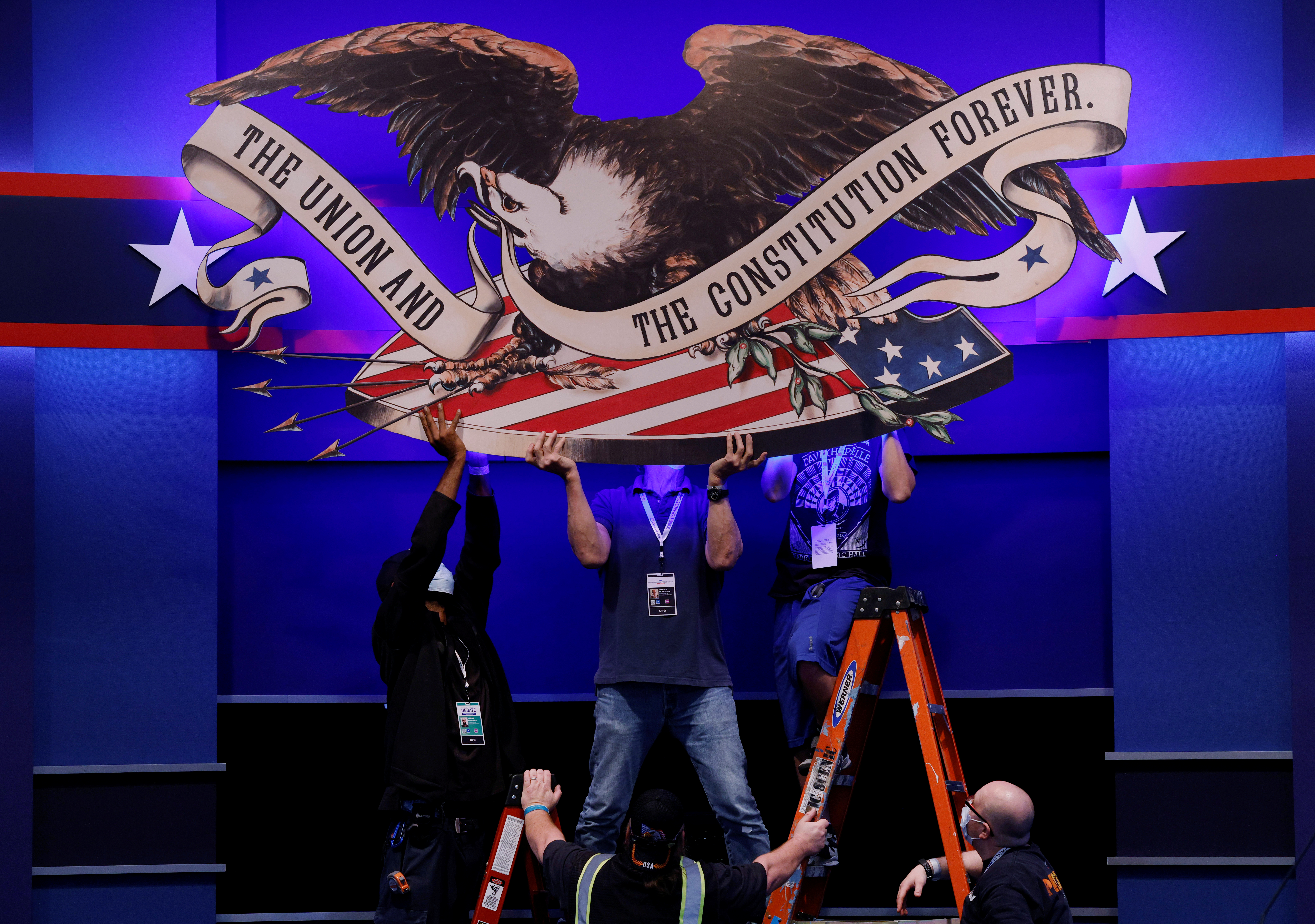 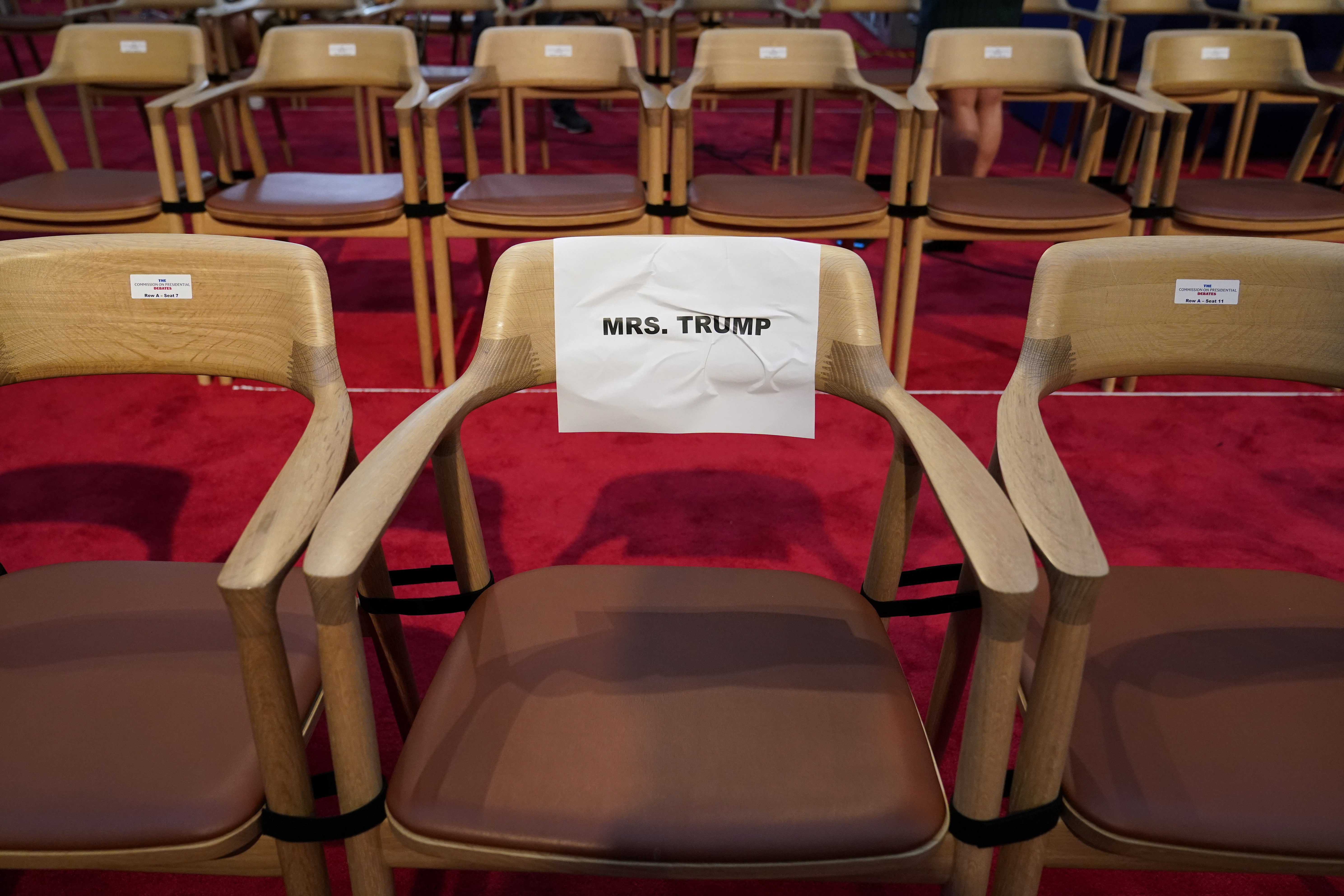 Any weapons, ordinance, chemical irritants and incendiary devices are banned, along with lasers, ladders, canned goods or grappling hooks are also banned.

“I can reassure you that what you saw and what we experienced on May 30 will not be repeated," Cleveland Police told the city council.

"We have an ample supply of officers and assets on the ground. We have sufficient personnel to handle what may pop up."

The 90-minute debate will be divided into six segments: the pandemic, the economy, the Supreme Court, election integrity, the candidates' past records and 'race and violence.'

"I am looking very forward to the debate," Trump told reporters at the White House on Monday.