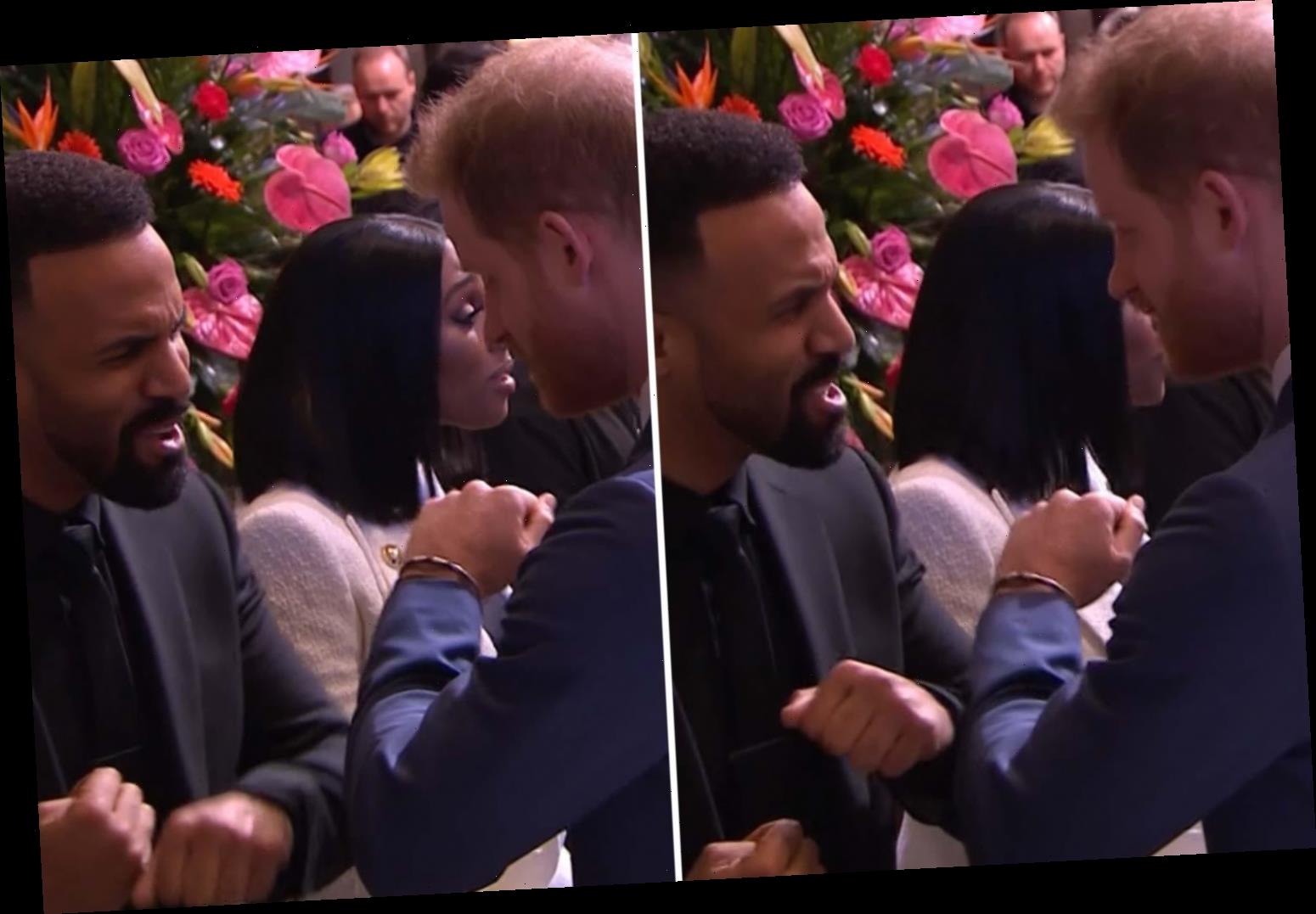 The Duke of Sussex and the 7 Days star were seen avoiding the unnecessary touching of hands during the annual Commonwealth Service. 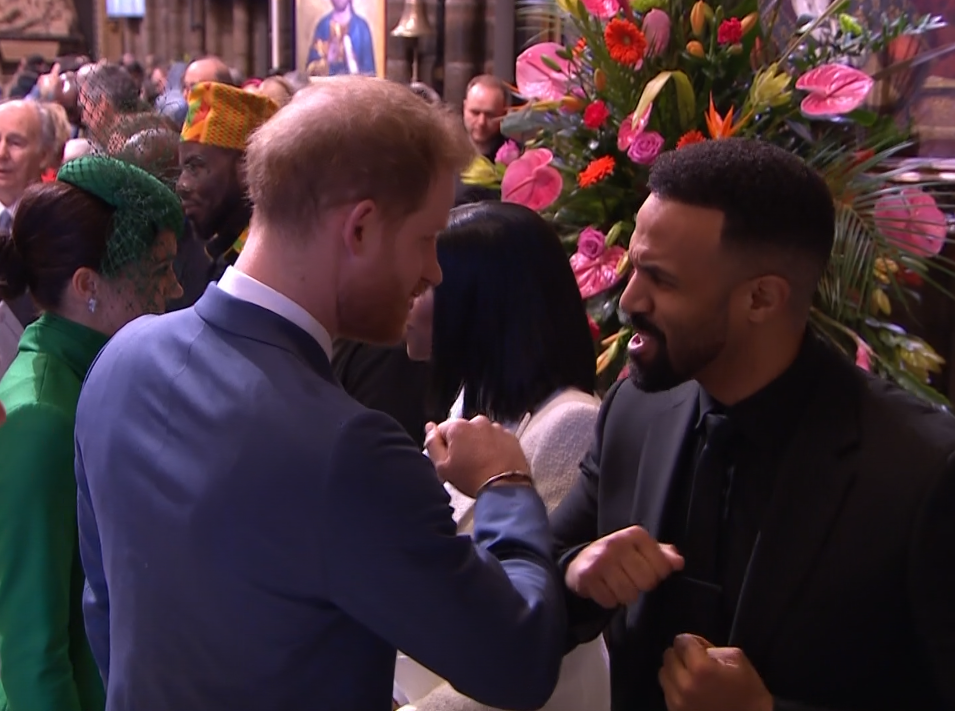 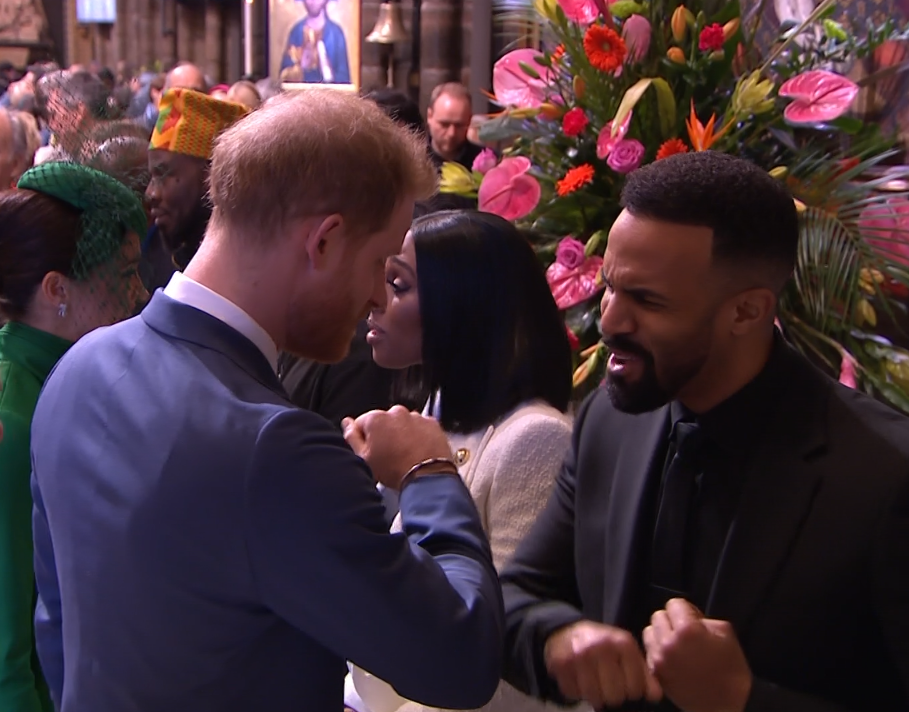 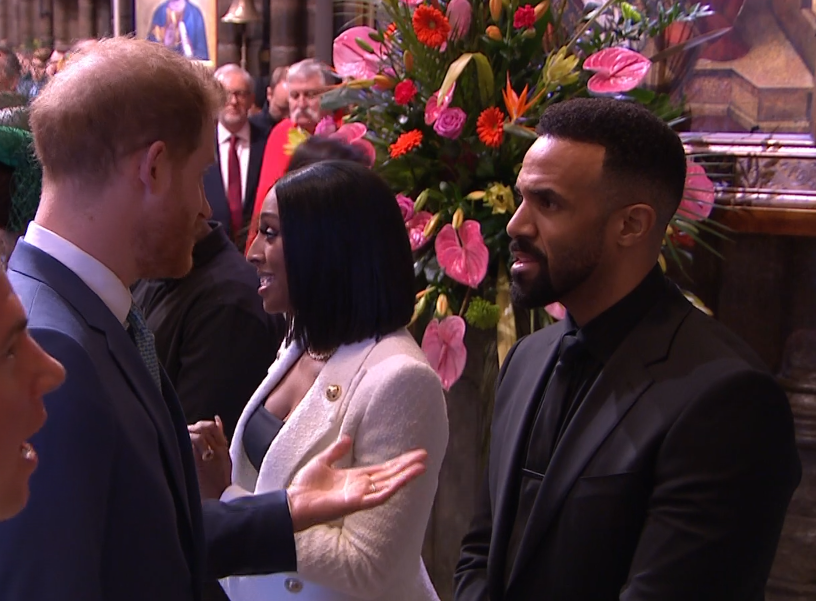 Other members of the royal family also greeted each other and attendees without shaking hands.

Guests are following the advice the Abbey introduced to its congregation a few weeks ago.

Woody Johnson, the US ambassador to the UK, also used an elbow bump to greet guests.

Prime Minister Boris Johnson was spotted pulling his hand away from a religious leader.

However, he was also seen shaking hands with professional boxer Anthony Joshua.

Today marked Prince Harry and Meghan Markle's last official outing as senior members of the royal famnily before stepping back at the end of the month.

"In recent weeks we have advised members of our congregations to avoid shaking hands."

Britain's coronavirus death toll has risen to five as the UK's infection rate rocketed to 321 today.

Despite speculation of a rift between the royal couples, Meghan was seen waving and saying hello as Kate and William took their seats. 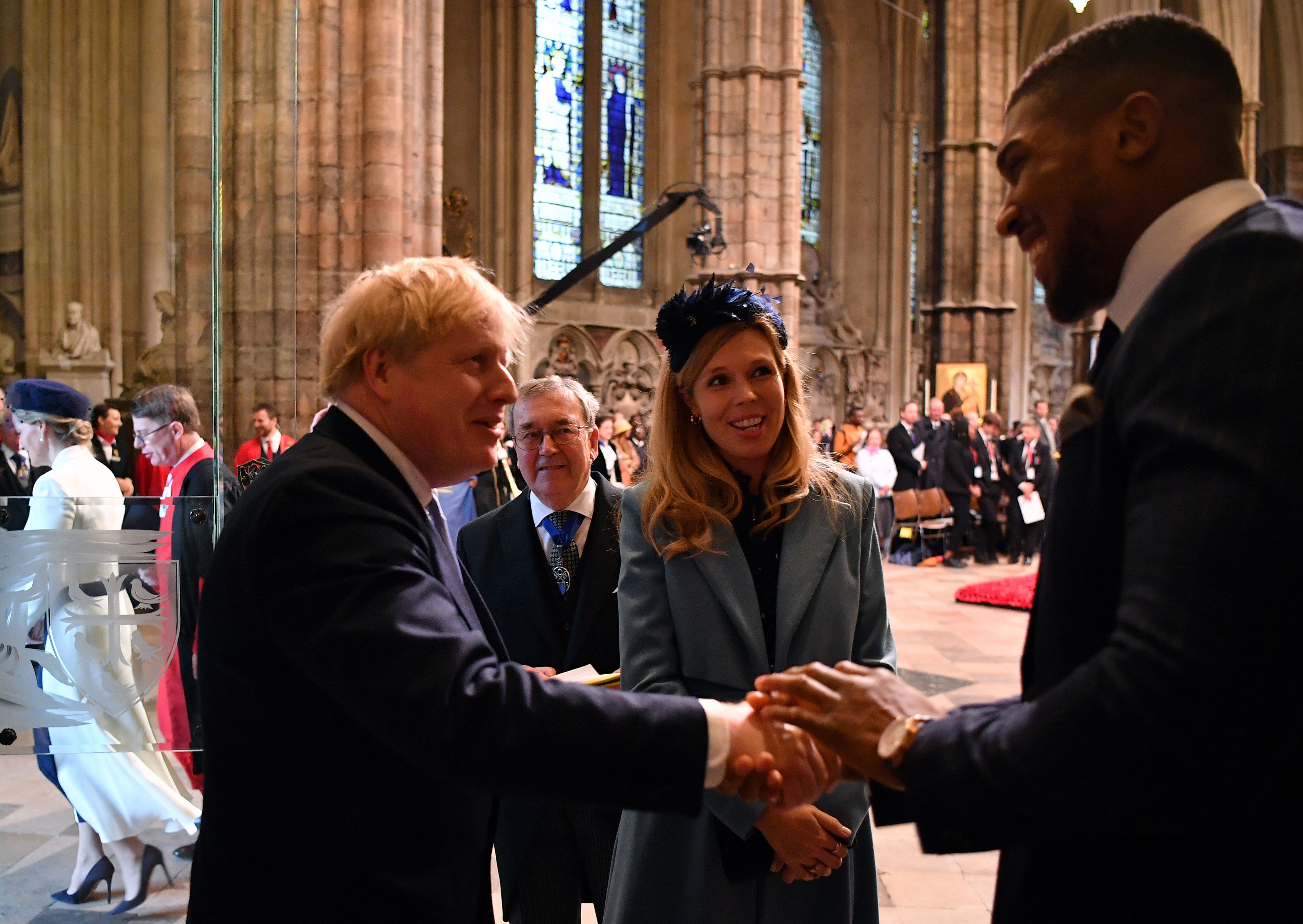 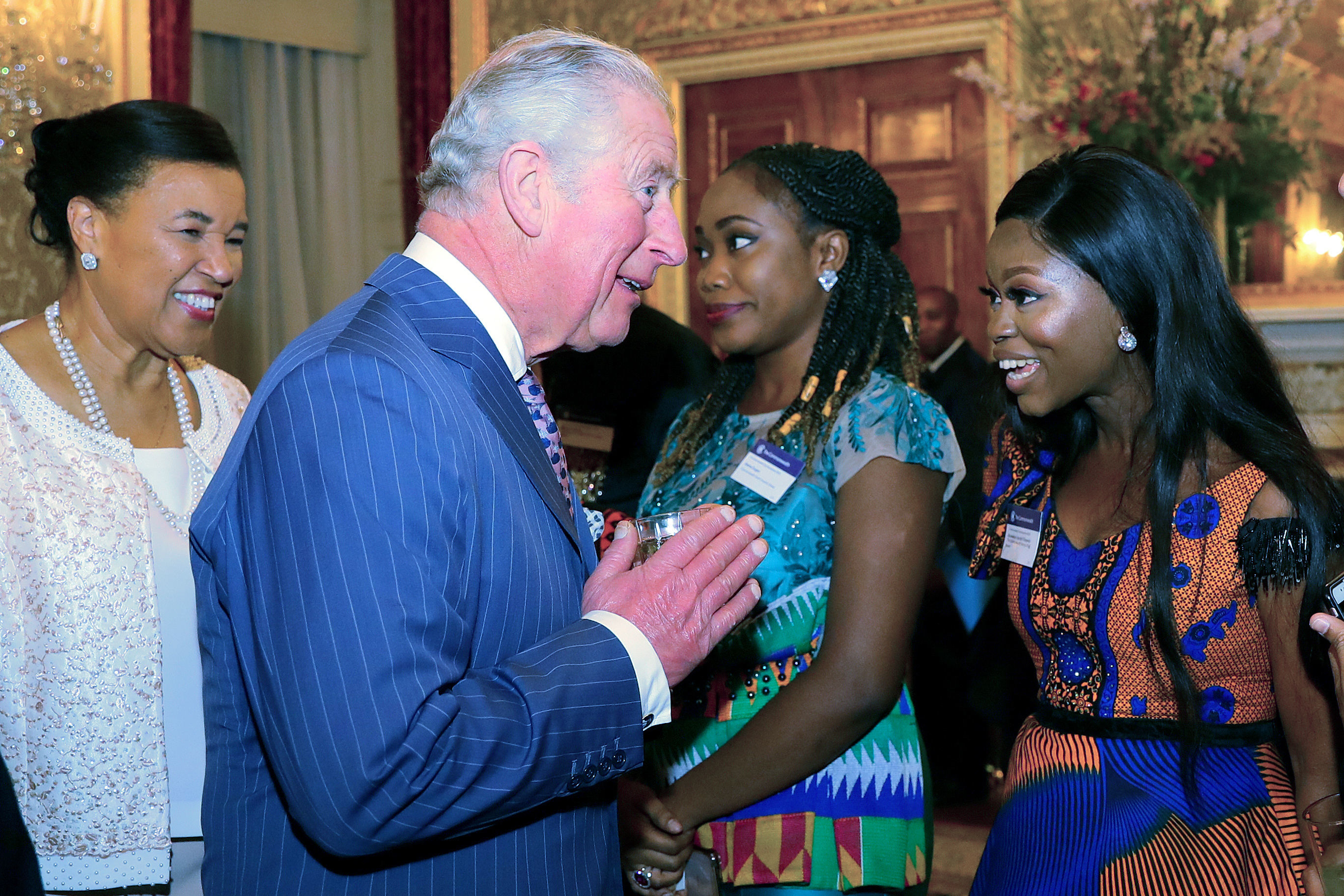 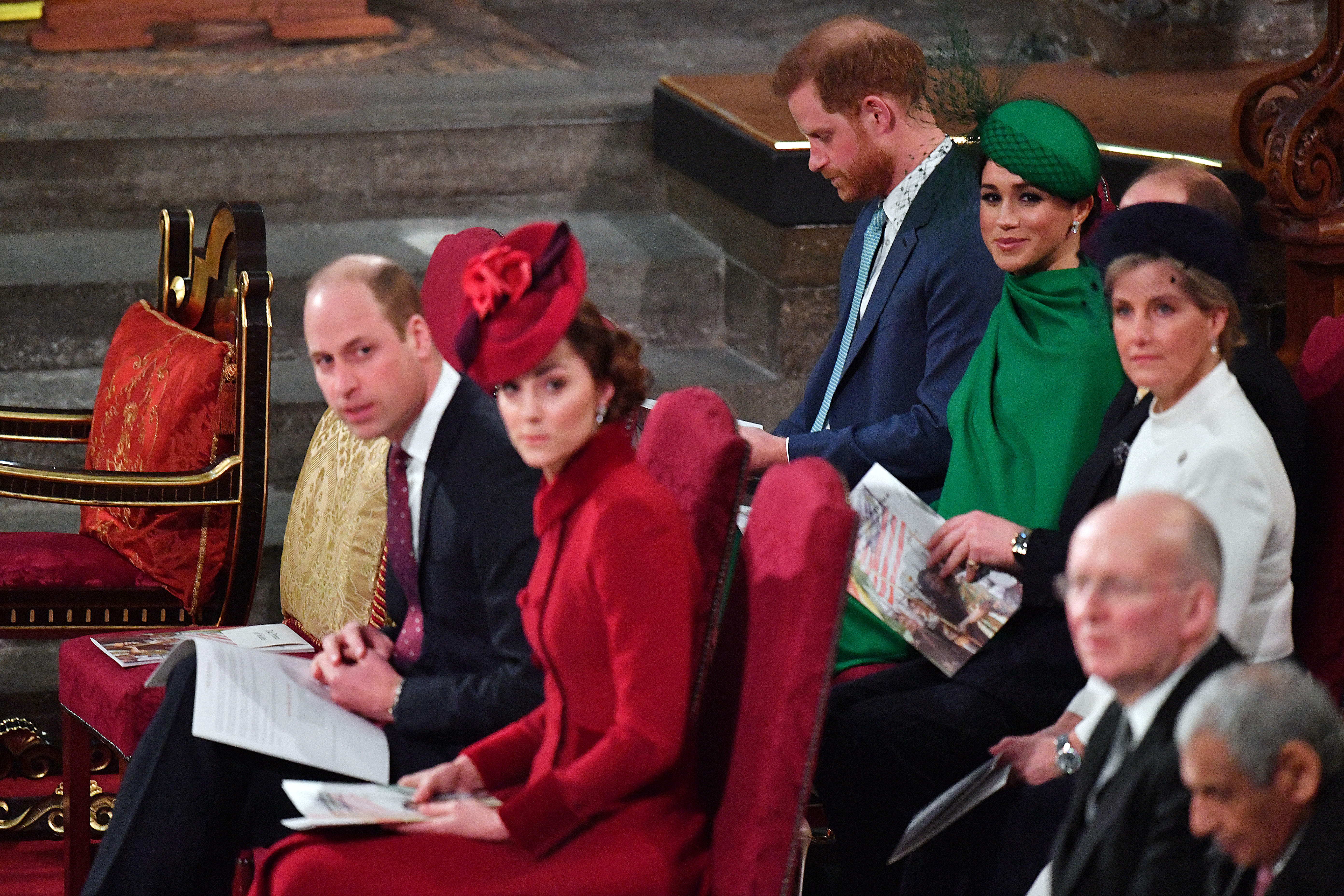 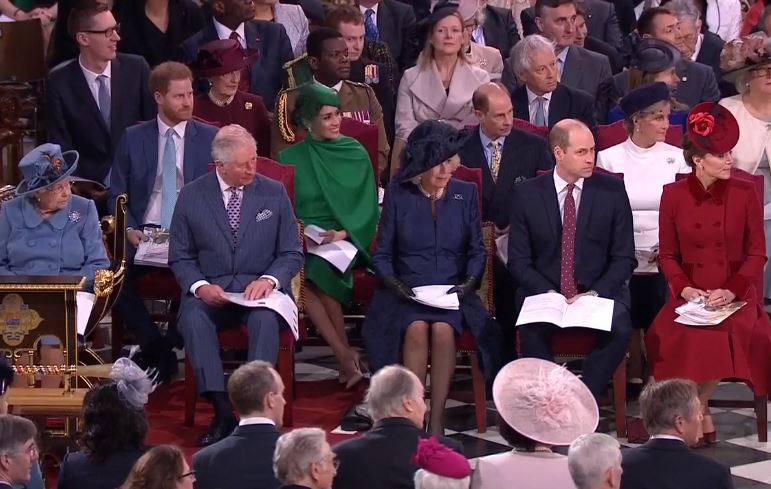 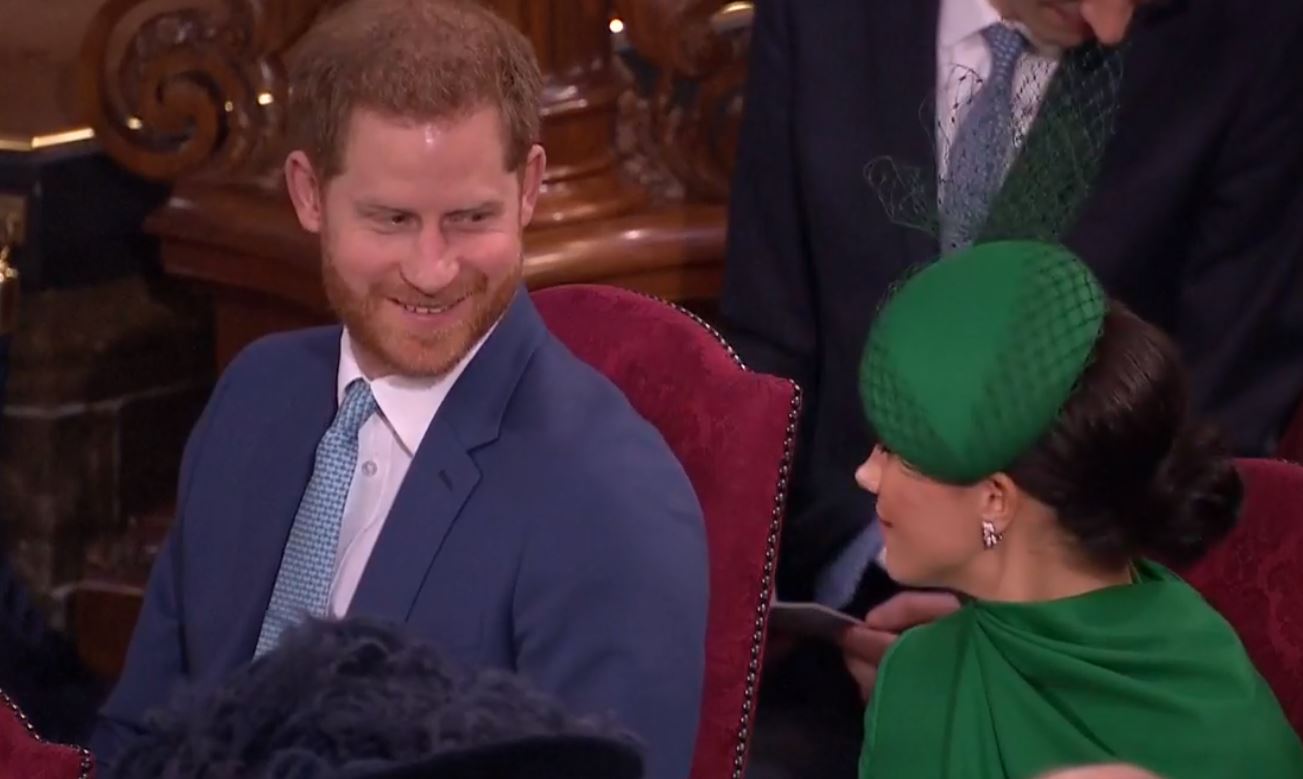 And in contrast to last year, Harry and Meghan, along with Kate and Wills, did not join Her Majesty's procession through Westminster Abbey.

Instead, they were shown to their seats rather than walking in behind the Queen like last year.

A source said the sudden change was made yesterday – despite the Order of Service already having been signed off and printed.

Prince Andrew, who attended the service last year, was also missing after stepping back from royal duties amid criticism over his friend with paedo Jeffrey Epstein.

But the rest of the Royal Family today put on smiling faces despite the internal drama as they listened to international boxing champion and Olympic gold medallist Anthony Joshua deliver a reflection, while singers Alexandra Burke and Craig David will perform to the 2,000-strong congregation.

Meghan came face to face with the Queen for the first time yesterday as she headed to church in Windsor with her husband Harry and the monarch.

While Harry has sat down with his grandmother several times since January, Meghan has been in Canada during Megxit talks.

Earlier this week, Harry, 35, spoke with the Queen in a four hour heart-to-heart, with Her Majesty telling her grandson he would always be welcome back into the family.

And the Mirror today reported Meghan and Harry now plan to set up a charitable organisation to help injured and homeless veterans.

Harry and Meghan had caused a royal crisis by revealing they wanted to step back from their roles as senior Royals and become financially independent while still supporting the Queen.

But the plan was unworkable, and the couple are now dropping their HRH titles and stepping away from the monarchy completely from March 31.

Now, Meghan and Harry are expected to forge ahead with their new life, although questions remain over exactly how they will fund their new life.

Meghan and Harry are understood to be staying at Frogmore Cottage in Windsor while they are back in Britain, a home they  kept after promising to pay back the £2.4million of taxpayer money spent on refurbishing the property.

They have been busy with a whirlwind of final engagements, on Saturday night heading to the Mountbatten Festival of Music, which celebrates the Royal Marines.