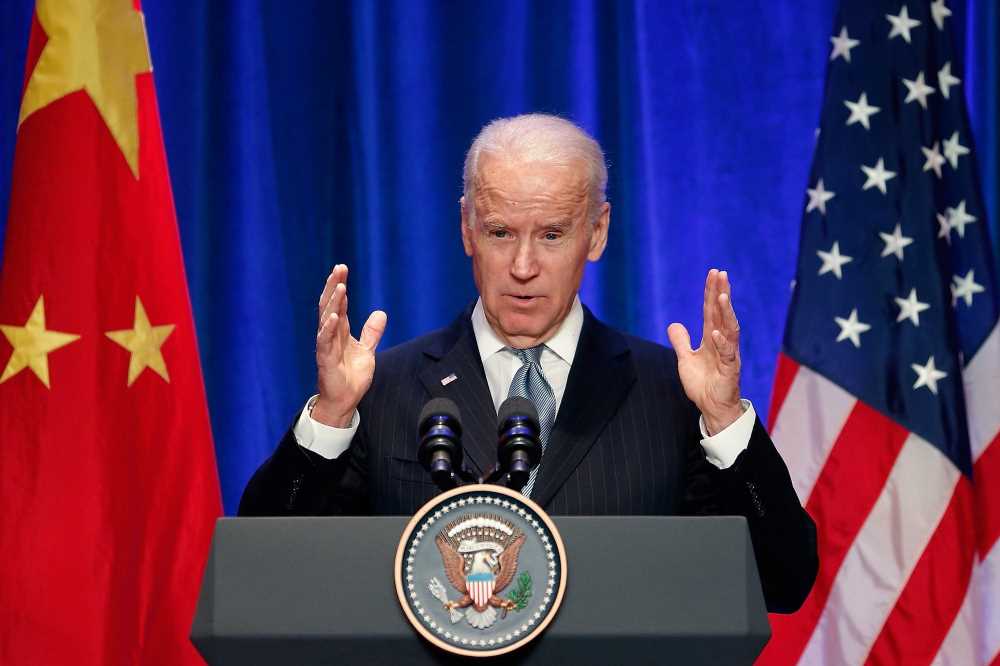 A coalition of 48 progressive groups are calling on President Biden and members of Congress to look past China’s gross human rights abuses — including genocide — to ensure “cooperation” on climate action.

In a letter sent to the White House and congressional lawmakers Wednesday, the groups demanded the US abandon its “dominant antagonistic approach” to the Chinese Communist Party, in order to work with the regime.

“We, the undersigned organizations, call on the Biden administration and all members of Congress to eschew the dominant antagonistic approach to U.S.-China relations and instead prioritize multilateralism, diplomacy, and cooperation with China to address the existential threat that is the climate crisis.”

The groups — which include MoveOn, the Sunrise Movement and CODEPINK — went on to disavow “[t]he escalating, bipartisan anti-China rhetoric in both Congress and the White House,” arguing it damaged “the diplomatic and political relationships needed to move forward boldly and cooperatively.”

It was first reported by Politico.

Making no reference to a single concern of the international community regarding Beijing, the letter went on to claim that criticisms of China were being used to bolster “racist, right-wing movements in the United States.”

“Like the pandemic and so many of our most urgent crises, climate change has no nationalistic solutions,” the letter continued. “To combat the climate crisis and build a global economy that works for everyday working people — in the U.S. and China alike — we must shift from competition to cooperation.”

The letter went as far as to suggest that the US work with Beijing to “support international best practice environmental, human rights, social, and governance standards,” paying no attention to China’s appalling record on those fronts.

China, a nation that has faced a wave of international scrutiny over the past few years relating to its activities in dismantling democracy in Hong Kong and its refusal to accept responsibility for negligence and a lack of transparency at the onset of the coronavirus outbreak, has not let global tensions stop its mass internment of Uyghurs in Xinjiang province or its belligerent behavior in the South China Sea.

China, the world’s second-largest economy behind the US, also continues to use unfair trade practices and steal intellectual property.

Xinjiang is a province in the Communist country where an estimated 1 million Uyghurs and other Muslim minorities have been detained since 2016.

These ethnic minorities are held in internment camps and prisons where they are subjected to ideological discipline, forced to denounce their religion and language and physically abused.

Chinese Communist Party officials claim to have long suspected Uyghurs of harboring “separatist tendencies” because they have their own culture, language and religion.

In interviews and other state media appearances, many officials have used such a rationale to defend their genocide of Uyghurs.

The behavior they are justifying, as shown in a BBC News exposé released in February this year, includes systemic torture and rape in Uyghur concentration camps.

Following the release of the BBC report, the Communist authorities banned the outlet in the country.

US lawmakers on both sides of the aisle have grown hawkish on China in recent years as a result, especially in the wake of Beijing’s refusal to allow investigators into Wuhan to track down the origin of COVID-19.

As progressives duke it out with moderate Democrats over the party’s stance on China, and whether the party should instead be more focused on unity with the CCP to make genuine progress on combating climate change globally, China continues to be the top global polluter with no sign of improvement.

China’s greenhouse gas emissions in 2019 exceeded for the first time those of the US and other developed nations combined, according to a report published in May.

China’s 27 percent share of emissions surpassed the combined output of the US — the world’s second-largest greenhouse gas emitter at 11 percent — as well as all 27 European Union member states and India, which has the world’s third-highest emissions rate at 6.6 percent, Rhodium Group’s analysis showed.

China, India and other developing nations have balked at efforts to reduce global emission rates, arguing that richer developed nations like the US and the EU should take action before them and help them foot the bill for the costs.

“Both the U.S. and China bearing complementary strengths that could be combined in a transition to a clean global economy,” the group of progressive organizations said in their letter.