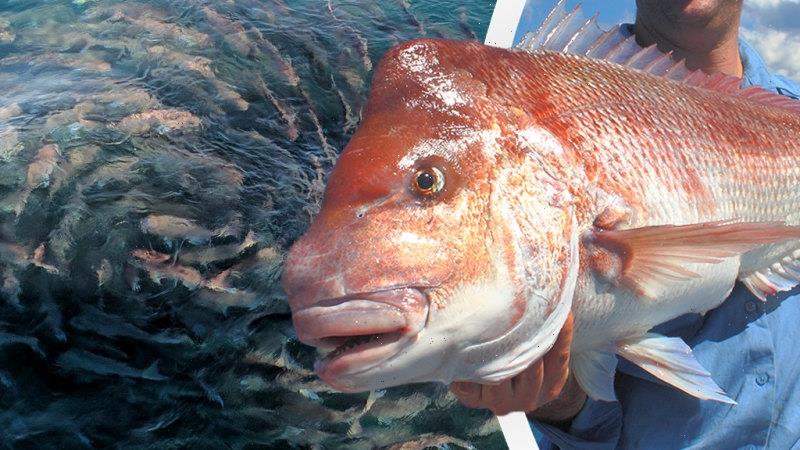 A nine-month fishing ban for favoured recreational species like snapper and dhufish could be in place by summer on an 800-kilometre stretch of water from Kalbarri to Augusta as the West Australian government contemplates drastic action to stop a decline in demersal species.

The proposal angered the recreational fishing lobby, which labelled the idea unacceptable and argued its sector should be favoured over commercial interests, as the government contemplated what measures it will put in place to meet a halving of the total take to 375 tonnes. 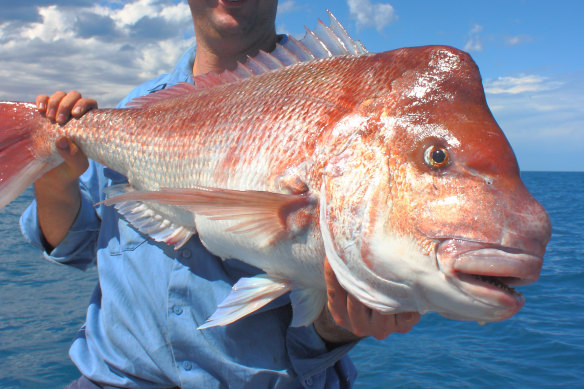 Demersal fish like snapper are a prized catch for recreational anglers.Credit:Moment RF

Demersal fish – species that feed on the bottom of the ocean, with snapper and dhufish used as indicators of overall health across multiple varieties – were subject to overfishing in the 1990s and 2000s in the west coast bioregion between Kalbarri and Augusta.

At one point close to 1200 tonnes of demersal species were caught by commercial fishers and nearly 400 tonnes by recreational anglers and charters.

The threat of species collapse prompted the introduction of a 750-tonne total take limit across all fishing sectors with the aim of achieving species recovery between 2010 and 2030.

Bag limits and an annual two-month ban for recreational fishers from October to December were also introduced.

Snapper and dhufish are no longer in decline but more than halfway through the program the species have not been experiencing the kinds of increases to population that would see restrictions eased.

Commercial fishers have kept under mandated catch benchmarks for recovery but the state fisheries department said recreational and charter anglers had been going above their threshold of 250 tonnes.

“The latest science is showing us that the resource is not recovering sufficiently enough and more needs to be done to ensure the resources recovered by 2030,” Department of Primary Industries and Regional Development principal management officer Clinton Syers said.

“We’ve been undertaking a consultation process throughout this year and ongoing throughout the rest of this year to look at what are the best ways forward for each of the sectors to achieve the new catch targets.”

The commercial fishing sector, which includes 33 line-fishing boats, is being asked to fish fewer hours but will still be able to catch demersal species all year round.

The 40,000 recreational anglers and 50 active charter boat operators in the region have been offered the choice of a 94-day fishing season from December to January and March to May, or a 123-day season from April to May and between August and October.

“They’re putting forward a nine-month ban on fishing essentially, which is just completely unnecessary. There’s much better ways of doing that,” he said.

“The policy failure here is that this fishery was allocated 65 per cent … to the commercial sector.

“We believe the lion’s share of the value sits with the recreational fishing sector.”

Rowland also said the department had not considered its suggestion for a ban on fishing for dhufish across all sectors during their spawning season.

Fisheries Minister Don Punch said both sectors were getting a 50 per cent cut and to reduce the commercial take from the bioregion in favour of recreational fishers would just put pressure on other areas.

“If we don’t act now, if we just simply brush this under the carpet and take the easy road, then in a couple of years time somebody is going to be standing talking to you saying this is a complete fish closure because the fishery is buggered,” he said.

WA Fishing Industry Council chief executive Darryl Hockey said the industry had remained under its safe catch limits for 10 years and it would take its share of the cuts.

“It’s clear the actions taken in the past have been wholly inadequate; if the right decisions had been made five years ago we certainly wouldn’t be in the position we’re in today,” he said.

“This is actually a criticism of people who have gone before us all, whether in government, politics or industry organisations – they haven’t addressed this in the past.”

During the consultations for the initial management plan, introduced in 2010, there had originally been a plan for a four-month ban on recreational fishing for demersal species. 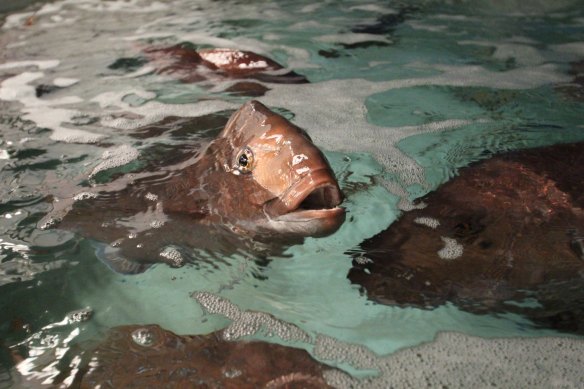 A fully grown specimen of the pink snapper, one of WA’s most fished species.

The ban was reduced to two months after lobbying from Recfishwest, which argued locking out fishers and introducing a new licence fee would have a big impact on participation rates.

Currently, the recreational fishing industry contributes about $1.1 billion to the metropolitan region every year, according to Recfishwest.

Australian Marine Conservation Society sustainable seafood program manager Adrian Meder said the government should not take a half-baked approach to managing the fishery, as it was watering down the plan in the first place that had led to the current situation.

“I’m definitely sympathetic to the impacts of what this will mean, but I also note back in 2010 we had some of the same voices saying how it was going to be the end of recreational fishing when those changes were put in place.”

Species like snapper have been hard to manage in Australia from a fishing stock perspective and the implementation of total bans has occurred in the past due to overfishing.

The Shark Bay fishery was closed for three years before been gradually reopened with tight bag limits in a case study often lauded in the fishing community for its recovery outcome.

South Australia introduced a three-year snapper fishing ban in 2019 due to overfishing.

Meder said there were a lot of new measures proposed by the government for stopping the demersal decline which would be positive.

Size limits could soon be scrapped for baldchin groper, dhufish and breaksea cod because of high death rates if the fish are released back into the ocean.

Only one bait or lure per line has also been proposed for anglers targeting demersal species.

A total fishing ban on pink snapper around Cockburn Sound could also be extended an extra month to start in August.

Charter boats may have to introduce a tagging system that limits the number of fish they are allowed to catch each year.

There are also suggestions more research could be done into other factors which may be impacting the recovery of demersal species, like climate change.

Public consultations on the proposals are open for four weeks until September 16. New measures are expected to come into force this summer.