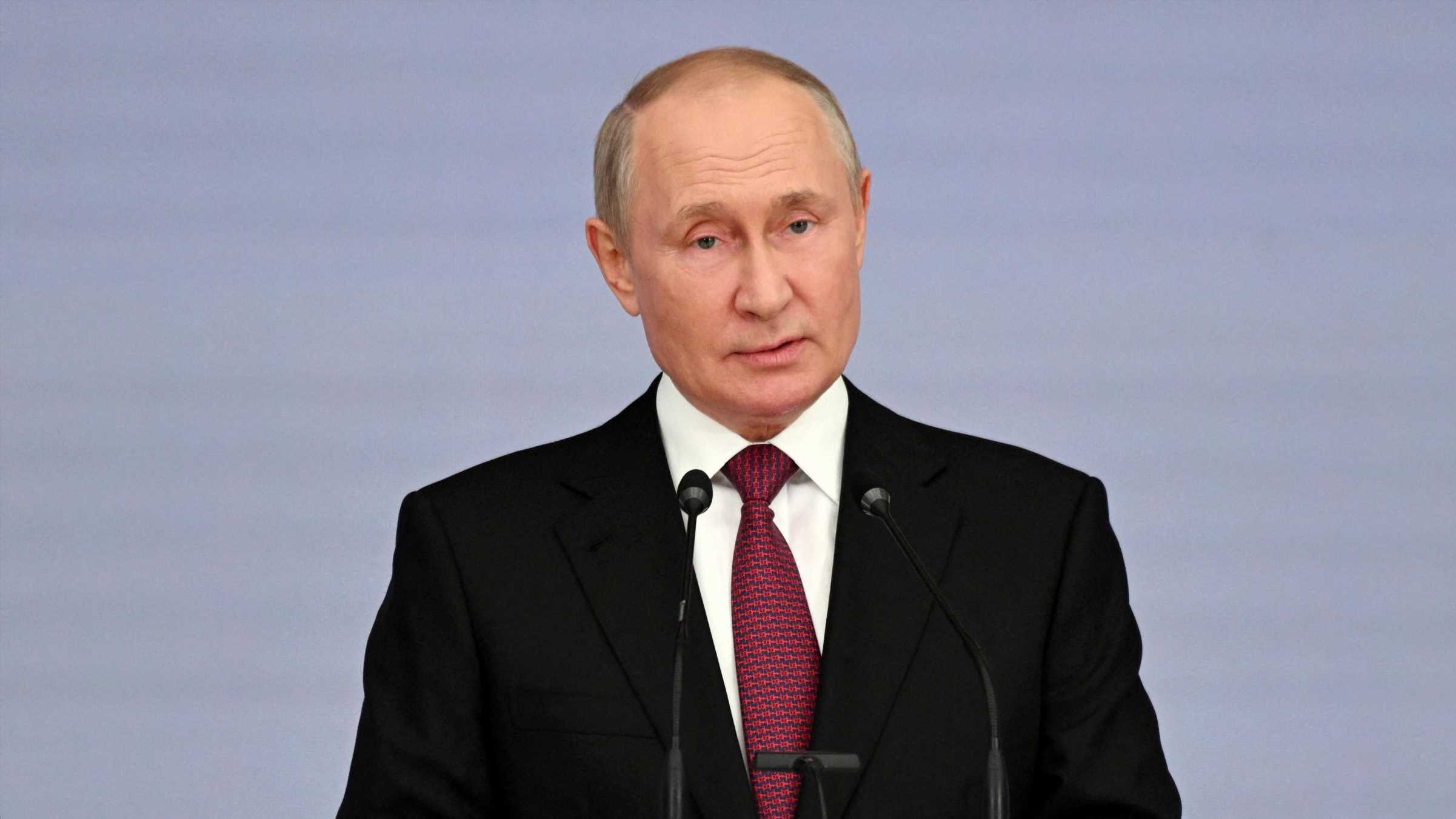 RUSSIAN President Vladimir Putin is set to address his nation tonight in a highly-unusual speech in which he is expected to order the full mobilisation of his country's military.

Putin's direct message to his people – the first since the announcement of the "special military operation" in Ukraine in February – comes as pro-Russian authorities in the Donbas revealed they will hold referendums on joining Russia this week. 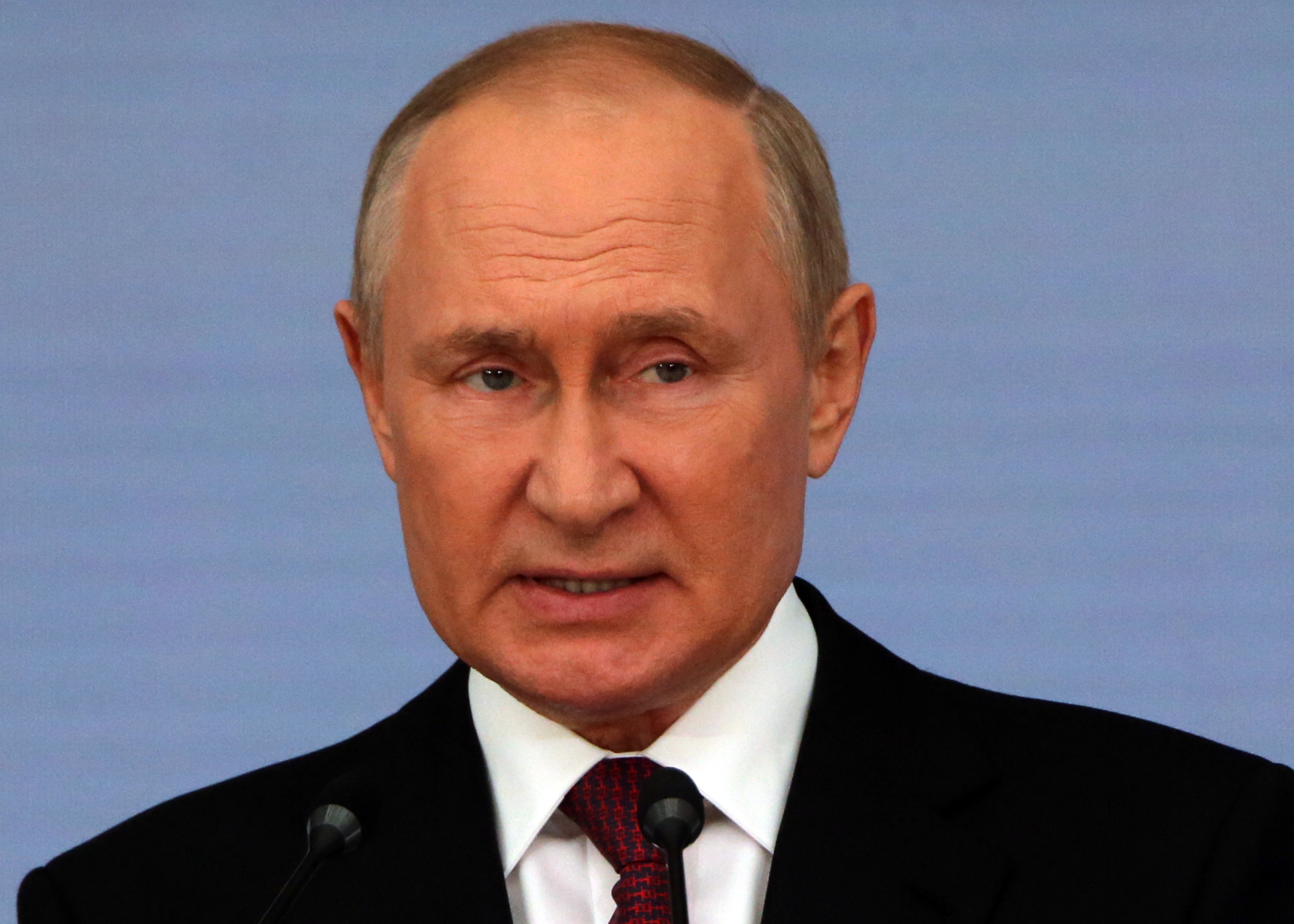 Full mobilisation of Russia would mean the potential of pulling up to two million reservists for Vlad's military operation in Ukraine.

Russian state media publication RBC said that Putin will speak on Tuesday "regarding referendums in the territories of the LPR, DPR, Kherson and Zaporizhzhia regions".

The publication added that "what exactly the head of state will say is unknown".

It comes as his propagandist Margarita Simonyan, Editor-in-Chief of state-run RT, claimed that the country is on the brink of a nuclear war.

"Judging by what is happening and still about to happen, this week marks either the eve of our imminent victory or the eve of nuclear war," she wrote on Twitter.

Putin is expected to speak about the planned referendums in the southeastern Ukrainian regions of Donetsk, Luhansk, Kherson, and Zaporizhzhia.

These four states form a land corridor between Ukraine's eastern border with Russia and the annexed territory of Crimea, which Vlad's army seized in 2014.

The last time Putin made such an address to the nation was on February 24 on the eve of war, when he announced Russia's "special military operation" in Ukraine.

His under-fire defence minister Sergei Shoigu is expected to join him for tonight's announcement.

The speech is expected today between 6pm and 7pm Moscow time (4-5pm BST).

News of the unexpected address comes just hours after pro-Russian separatists in the Donetsk and Luhansk People's Republics announced they will hold referendums on joining Russia this month.

Both regions in eastern Ukraine are expected to hold votes between September 23 and 27.

Putin ally Dmitry Medvedev, who served as Russia's president between 2008 and 2012, bragged that the votes would alter the geopolitical landscape in Moscow's favour forever.

It comes as Putin's army faces a battlefield reversal in much of northeastern Ukraine, which may have forced him to make one final throw of the dice and consolidate his gains in the southeast of the country.

If he loses control of Crimea, his position would be even more vulnerable.

Ukrainian intelligence has warned this week that Putin's propaganda may be preparing the people for full mobilisation in Ukraine.

Major General Vadym Skibitskyi from Ukraine's Ministry of Defence told the Kyiv Post: "Today we have started collecting information; this mobilisation-related information rhetoric in the Russian Federation has greatly increased."

He added that Russian politicians were claiming that "the Russian army cannot cope, it is necessary to declare war and mobilise".

Skibitskyi said that "there may be support for general mobilisation in Russia".

Help those fleeing conflict with The Sun’s Ukraine Fund

PICTURES of women and children fleeing the horror of Ukraine’s devastated towns and cities have moved Sun readers to tears.

Many of you want to help the five million caught in the chaos — and now you can, by donating to The Sun's Ukraine Fund.

Give as little as £3 or as much as you can afford and every penny will be donated to the Red Cross on the ground helping women, children, the old, the infirm and the wounded.

The Ukraine Crisis Appeal will support people in areas currently affected and those potentially affected in the future by the crisis.

In the unlikely event that the British Red Cross raise more money than can be reasonably and efficiently spent, any surplus funds will be used to help them prepare for and respond to other humanitarian disasters anywhere in the world.