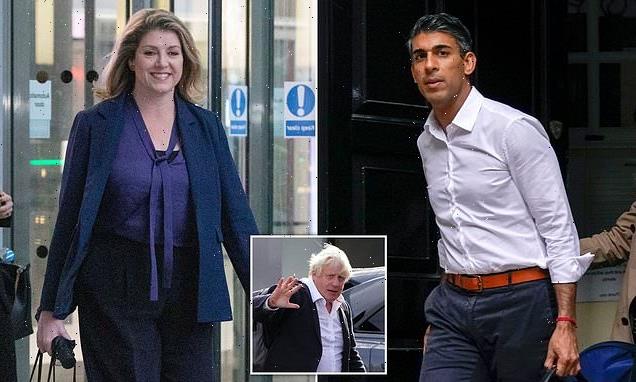 Race for PM LIVE: Rishi Sunak in pole position to become next Tory leader after Boris Johnson backed out – as Penny Mordaunt scrambles to get 100 backers before 2pm deadline

Follow MailOnline’s coverage of the Conservative leadership contest with Rishi Sunak likely to be announced as Prime Minister as early as this afternoon.

Leadership candidate Penny Mordaunt has reacted to Boris Johnson dropping out of the race.

Ms Mordaunt said the former Prime Minister had made the right decision and offered to work with him in the future.

The results of the first round of voting will be announced this afternoon.

In taking this difficult decision last night @BorisJohnson has put country before party, and party before self. He worked to secure the mandate and the majority we now enjoy.

We should put it to good use, and I know he will work with us to do so.

A new prime minister is expected to have been selected by the end of the week following Liz Truss’s resignation after less than two months in the job.

Former chancellor Rishi Sunak and Leader of the House Penny Mordaunt are the two remaining contenders in the contest.

However, candidates need a minimum of 100 colleagues to nominate them by Monday to make it onto the ballot paper for the parliamentary stage of the election process.

Former chancellor Rishi Sunak heads into the race this week confident that he has the backing of enough MPs to make it onto the ballot paper.

He was defeated just seven weeks ago in the last Tory leadership race as the party membership picked rival Liz Truss, garnering 60,399 votes to her 81,326.

In that contest, he positioned himself as the candidate prepared to tell hard truths about the state of the public finances rather than ‘comforting fairy tales’.

The ex-chancellor gathered a string of endorsements from MPs before declaring he would run, with backers highlighting his ‘calm competence’ and portraying him as a ‘serious person for serious times’.

Leader of the House Penny Mordaunt will need to receive a tidal wave of support to reach the requisite 100 nominations on Monday.

She finished third in the last leadership election, failing to receive enough backing from MPs to qualify for the membership vote.

Ms Mordaunt will be tied to the Truss premiership to some extent, as she served in the Cabinet during the PM’s tumultuous period, which saw market chaos at one stage threaten to trigger a financial crisis in the UK.

However, she has hardly been conspicuous in her loyalty, making it clear she believed benefits should rise in line with inflation at the Tory conference earlier this month, despite Ms Truss repeatedly refusing to guarantee the boost. 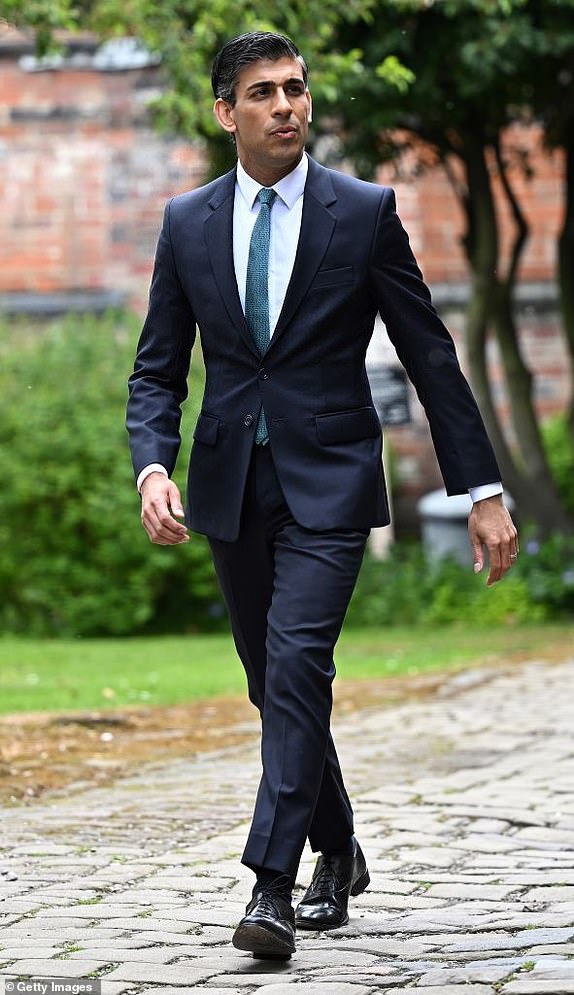 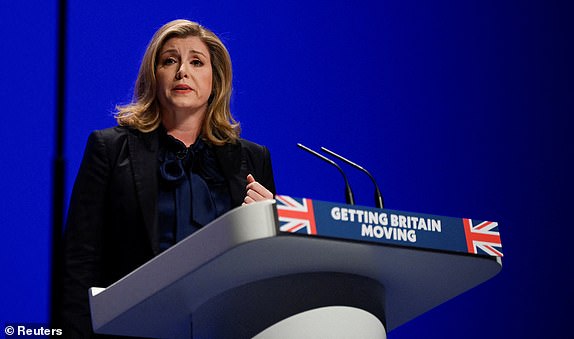 Tory MPs will choose who they want to be their new leader today in the first stage of the race for No 10 after Boris Johnson dramatically pulled out of the contest.

The former Prime Minister claimed he had the nominations needed to make it onto the ballot paper but admitted he could not unite his warring party.

His withdrawal means the contest could be decided by the early afternoon with Rishi Sunak the only candidate confirmed to have passed the 100 MP threshold to get on to the ballot.

In a statement on Sunday evening, Mr Johnson said there was a ‘very good chance’ he could have been back in No 10 by the end of the week if he had stood.

However his efforts to ‘reach out’ to his rivals – Rishi Sunak and Penny Mordaunt – to work together in the national interest had not been successful so he was dropping out.

While Sunak, the former chancellor, already has more than 140 public declarations of support, Ms Mordaunt, the Leader of the House, had fewer than 30. 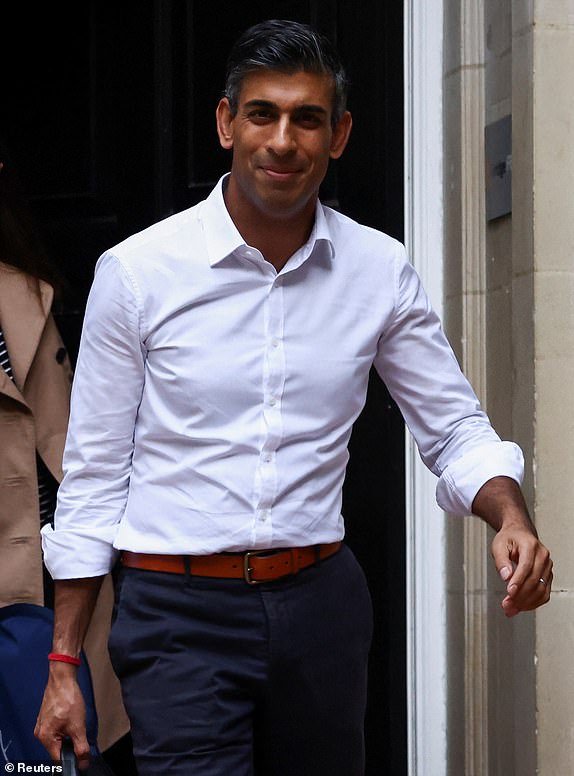 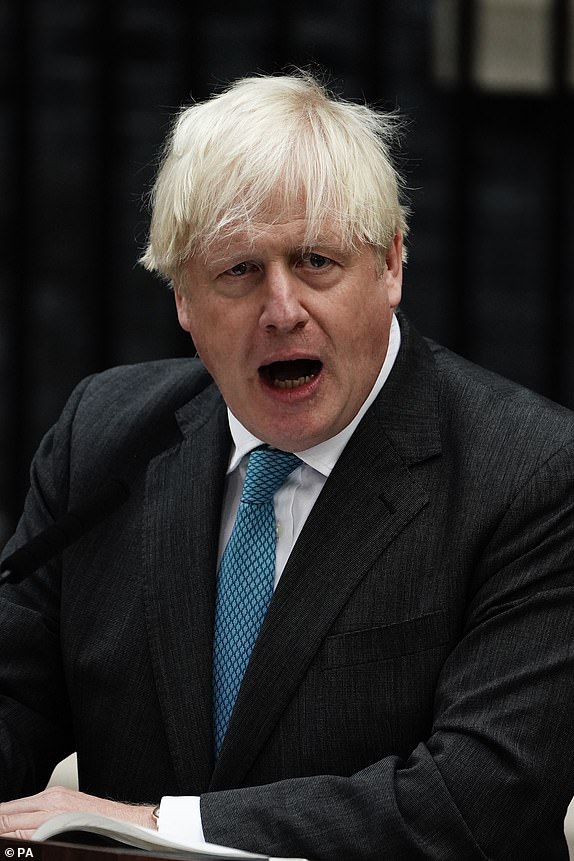 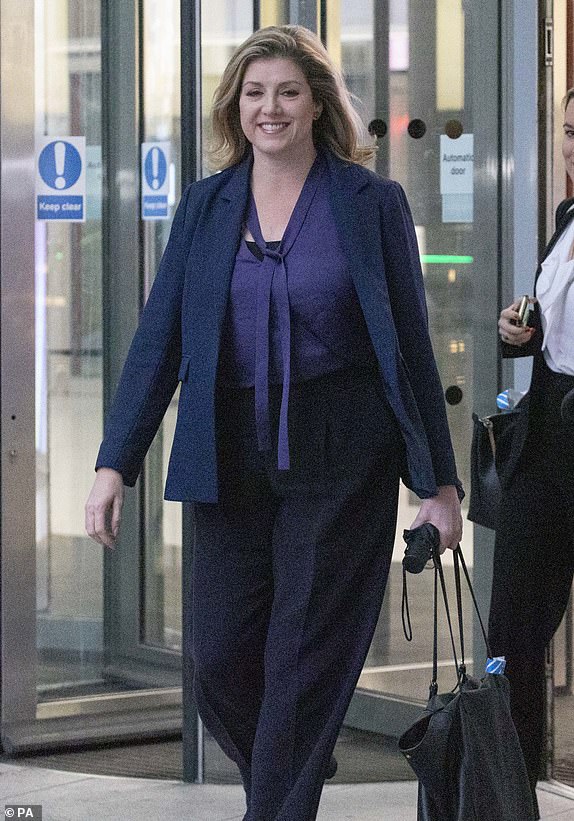