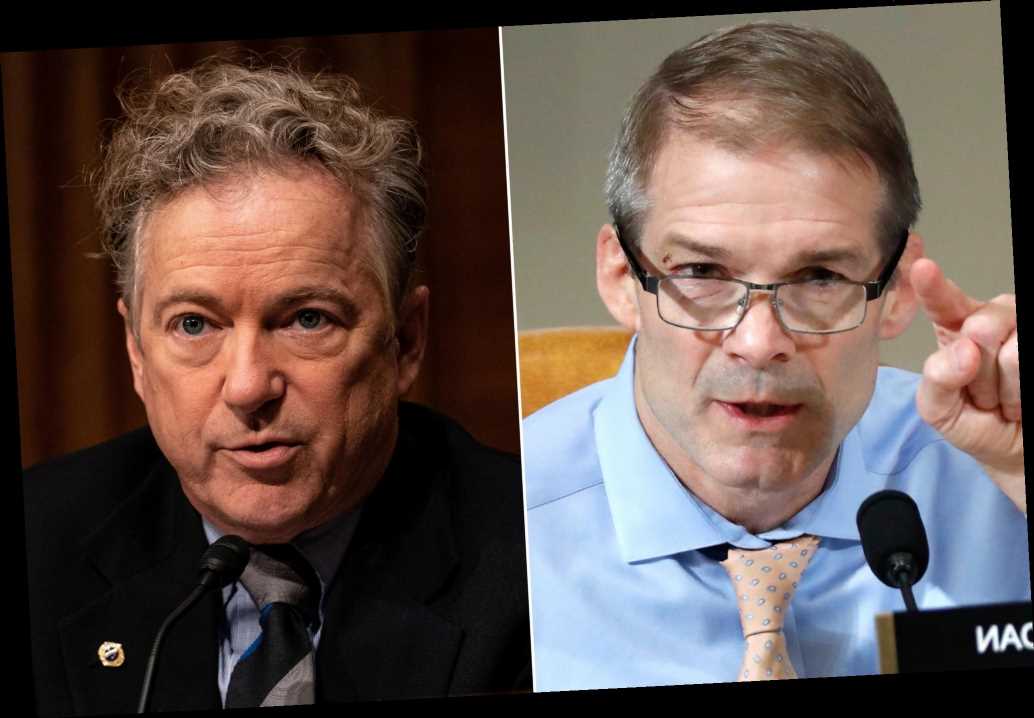 Ahead of the first day of proceedings in his second impeachment trial, the Republican lawmakers urged the Senate to quickly acquit Trump and move on from what they called a constitutionally-dubious attempt to impeach the former president, who is now a private citizen, over his role in the Jan. 6 Capitol riot.

Paul (R-Ky.) blasted Democrats for pushing their own brand of violence toward Republicans and Trump allies, and said they were silent during rioting in 2020 and the near-fatal 2017 shooting of House Majority Whip Steve Scalise.

“I’ve spoken out against the words of many on my side, including those of President Trump,” Paul wrote in the opinion piece published Tuesday by Fox News.

“But where is the other side? Where were they all last year when political violence ravaged our cities, when people could barely dine or walk the streets in many places? When businesses burned and people were injured or killed by mobs?” he continued.

“Where were they when it was shown the political rhetoric of Sen. Bernie Sanders, I-Vt., and the rest of the socialist left inspired the shooter who fired at Republicans at our baseball practice, nearly killing Rep. Steve Scalise, R-La.?” he wrote.

Paul and his wife were themselves surrounded by a mob of Black Lives Matter protesters in Washington, D.C. in Aug. 2020 and said they feared for their lives during the ordeal.

Paul forced a vote last week to dismiss the trial on the grounds that it is unconstitutional. Forty-five Republicans supported the measure, suggesting Trump will almost certainly be acquitted.

Rep. Jim Jordan of Ohio, an ardent supporter of Trump on Capitol Hill, also blasted Democrats for pursuing the trial while the country faces the urgent challenges of the coronavirus pandemic.

Echoing the arguments made by Trump’s lawyers, Jordan said the FBI was already aware of threats to the Capitol before the president addressed supporters on Jan. 6.

“Democrats ignored these facts. They also ignored the Constitution. Democrats afforded President Trump no due process in the House of Representatives,” he wrote in another Fox News piece published Tuesday.

“In fact, there was no process whatsoever – no witnesses, no depositions, no hearings, no cross-examinations,” he went on, noting that Democrats had moved to impeach Trump at least nine times since January 2017.

“In their desperation to attack President Trump, Democrats are trampling on other important constitutional rights,” he wrote.

“Last week, Democrats threatened President Trump that if he declined to testify during the Democrats’ impeachment charade, they would use it as proof of his guilt. That may be how trials work in socialist countries. But that’s not how it works in America.”