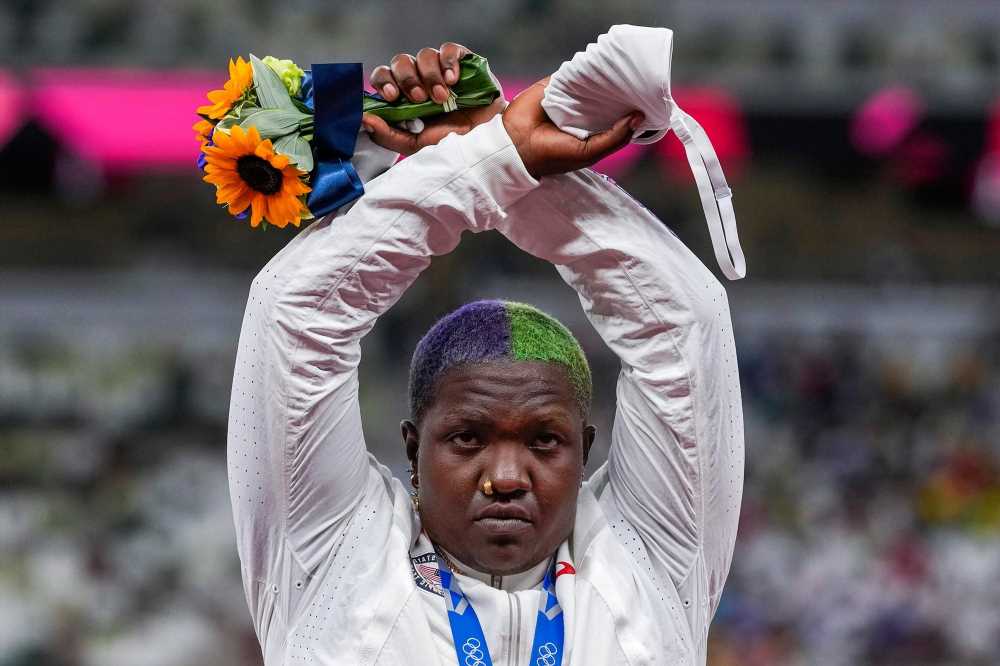 ‘Feels like I’m walking on clouds’: The tech behind Tokyo Olympics’ fast track

Medal-winning US Olympic shot-putter Raven Saunders posted a tweet calling herself “the final boss” you face after trouncing “all the other masc lesbians” — which drew a strong reaction online from people calling her an “icon” for her unapologetic pro-LGBTQ statement.

“When you defeat all the other masc lesbians,” the self-proclaimed “Hulk” tweeted with a pic of herself flexing and celebrating one of her silver-medal-winning throws. “This is the final boss!!!”

“I’m actually obsessed with you,” Twitter user Jake Thrasher replied to the post, in which Saunders used an abbreviated term for masculine.

Another Twitter user, Fluffy, wrote, “I waffled on liking this, but then I realized it was posted by the woman herself lol.”

Others just took to dubbing Saunders, “an icon.”

Saunders, an openly gay athlete, made headlines by making an “X” formation over her head on the medal podium Saturday to show support for racial and social justice.

The “X” gesture won her fans but threatened to put her in hot water with the International Olympic Committee, which banned protests during the games or during the medal ceremonies prior to the opening of the games in Tokyo. The committee said they were investigating the incident.

The US Olympic Committee has defended Saunders, noting that her call for social and racial justice came during a lull prior to the medals ceremony.

The South Carolina native has been very open about her struggles with depression — saying she identifies with the comic book character Hulk to give her strength and “a sign of mental peace,”

She wore a Hulk facemask during the track & field competition.