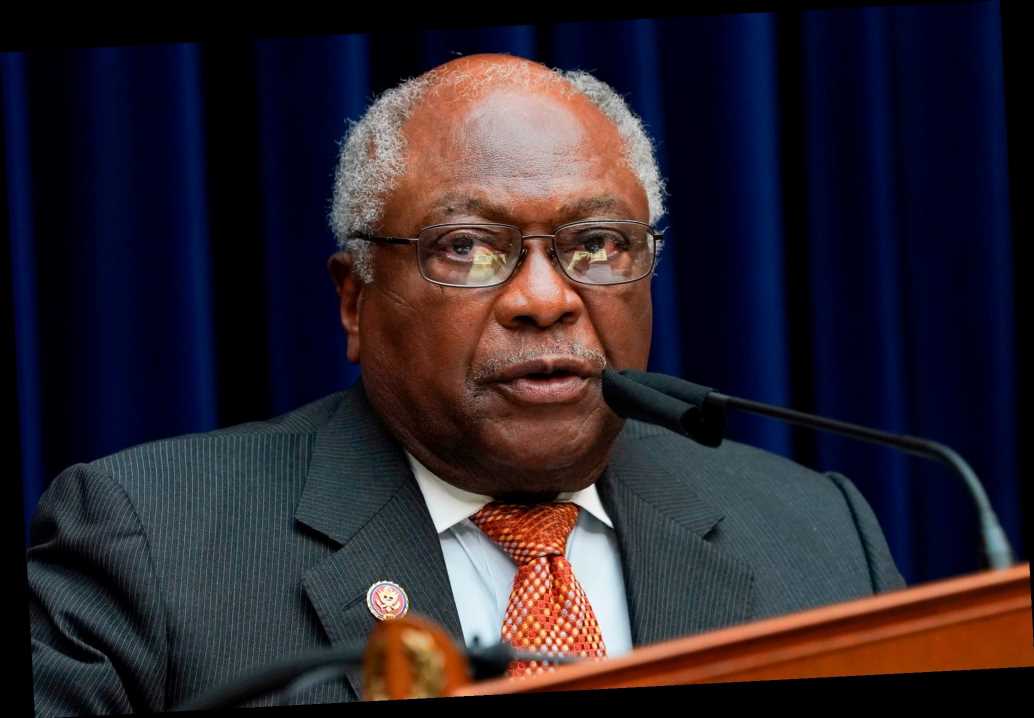 House Majority Whip Jim Clyburn on Sunday blamed the “defund the police” slogan for some Democratic losses in Congress — as he took aim at his party’s progressive wing.

The South Carolina lawmaker told NBC’s “Meet the Press” he believed Republicans used the liberal protest slogan to batter their Democratic opponents — citing the loss of his former aide Jaime Harrison to incumbent Sen. Lindsey Graham in his home state.

“Jaime Harrison started to plateau when ‘Defund the Police’ showed up with a caption on TV right across his head,” Clyburn told host Chuck Todd.

“That stuff hurt Jaime. And that’s why I spoke out against it a long time ago,” Clyburn added. “I’ve always said that these headlines can kill a political effort.”

“I just hope that going forward, we will think about each one of these congressional districts and let people represent their district,” he said. “Let’s recognize that people should reflect that diversity in our country.”

Clyburn — the top-ranking black Democrat in the House and a prominent figure in the civil rights movement — said he and late Rep. John Lewis feared the Black Lives Matter movement could be destroyed by the calls to “defund the police.”

He compared the mantra to the 1960s civil rights-era rallying cry “burn, baby, burn,” telling CNN’s “State of the Union,” that “We lost that movement over that slogan.”

On “Meet the Press,” Clyburn was also asked to respond to comments from New York Rep. Alexandria Ocasio-Cortez that some in the Democratic congress had been “hostile” to progressive ideas.

“The last two years have been pretty hostile. Externally, we’ve been winning… but internally, it’s been extremely hostile to anything that even smells progressive,” Ocasio-Cortez told The New York Times in an interview published Saturday.

In response, Clyburn said that: “Sometimes I have real problems trying to figure out what progressive means.”

“I believe that it’s good to be conservative at times and in many ways, but it’s also good to be liberal at times, in many ways. And so you have to balance all of this out.”

Clyburn added that he doesn’t “get hung up on labels” since “anytime you challenge the status quo, you are looked upon as being liberal.”

“I’m an American, a very proud American. And I’m a Democrat, a very proud Democrat. So I just want us to be Democrats in a big tent, and these labels, I reject.”