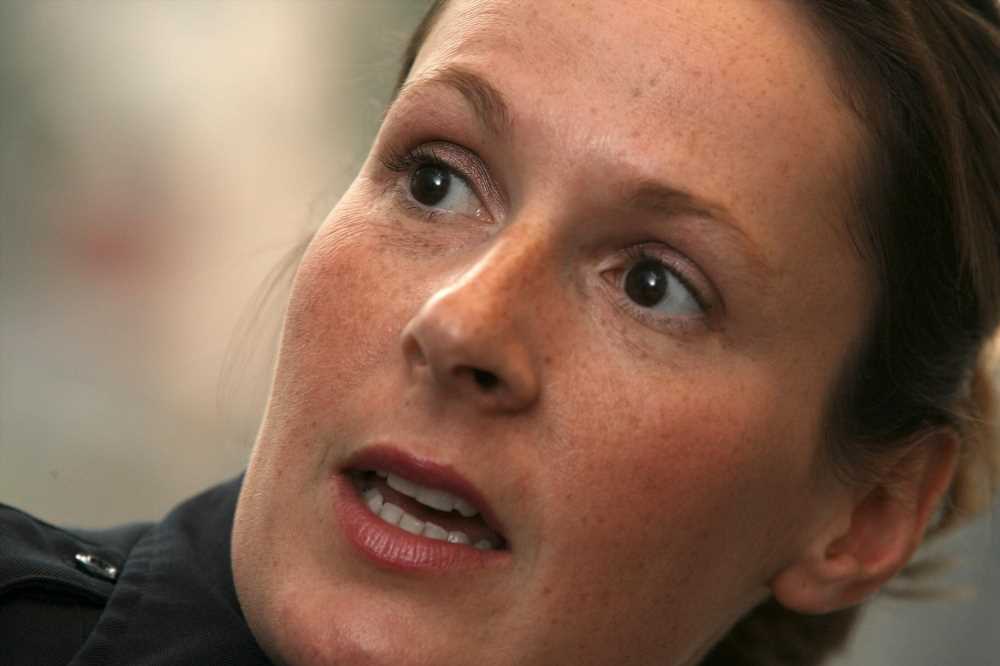 The resignation of the veteran Minnesota cop who shot and killed Daunte Wright has not yet been approved — and she still may get fired, the local mayor has revealed.

Kimberly Potter, 48, resigned Tuesday, saying it was “in the best interest of the community, the department, and my fellow officers.”

However, Brooklyn Center Mayor Mike Elliott told “Good Morning America” in an interview aired Wednesday that the resignation has not been accepted “as of this moment.”

He also insisted late Tuesday that he has not ruled out firing the 26-year veteran, a move the Brooklyn Center City Council voted to make in a vote Monday, before the resignation was handed in.

“We’re still working through our own processes, and making sure that we take the steps that are necessary to … accept the resignation,” the mayor told the ABC show.

“Let’s just say my team is evaluating the current circumstances, which are very complex,” he said.

The council had also voted to fire Potter’s chief, Tim Gannon, who also handed in his resignation Tuesday.

Washington County Attorney Pete Orput told WCCO-AM that he planned to make the decision after receiving information on the case from state investigators.

The 20-year-old dad was pulled over around 2 p.m. Sunday for having a suspended registration, authorities said.

He then tried to jump back into his car when officers tried to arrest him for an outstanding warrant, with Potter shooting him while seemingly thinking she was using her Taser, dashcam footage showed.

After repeatedly shouting “Taser!,” the officer then gasped, ““Holy s–t! I just shot him!”

Potter, a former head of the local police union, was training a rookie officer at the time.

Wright’s death sparked three consecutive nights of violent protests in the city, which is less than 10 miles from where George Floyd died in Minneapolis during an arrest last May.