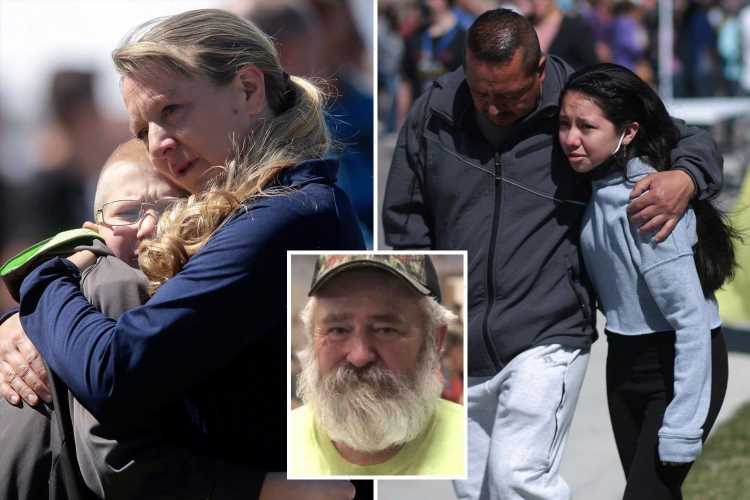 STUDENTS said that they heard screams and saw blood in the halls after a sixth-grade girl shot three people.

The three people who were shot in the Thursday morning attack sustained non-life-threatening injuries, police said. 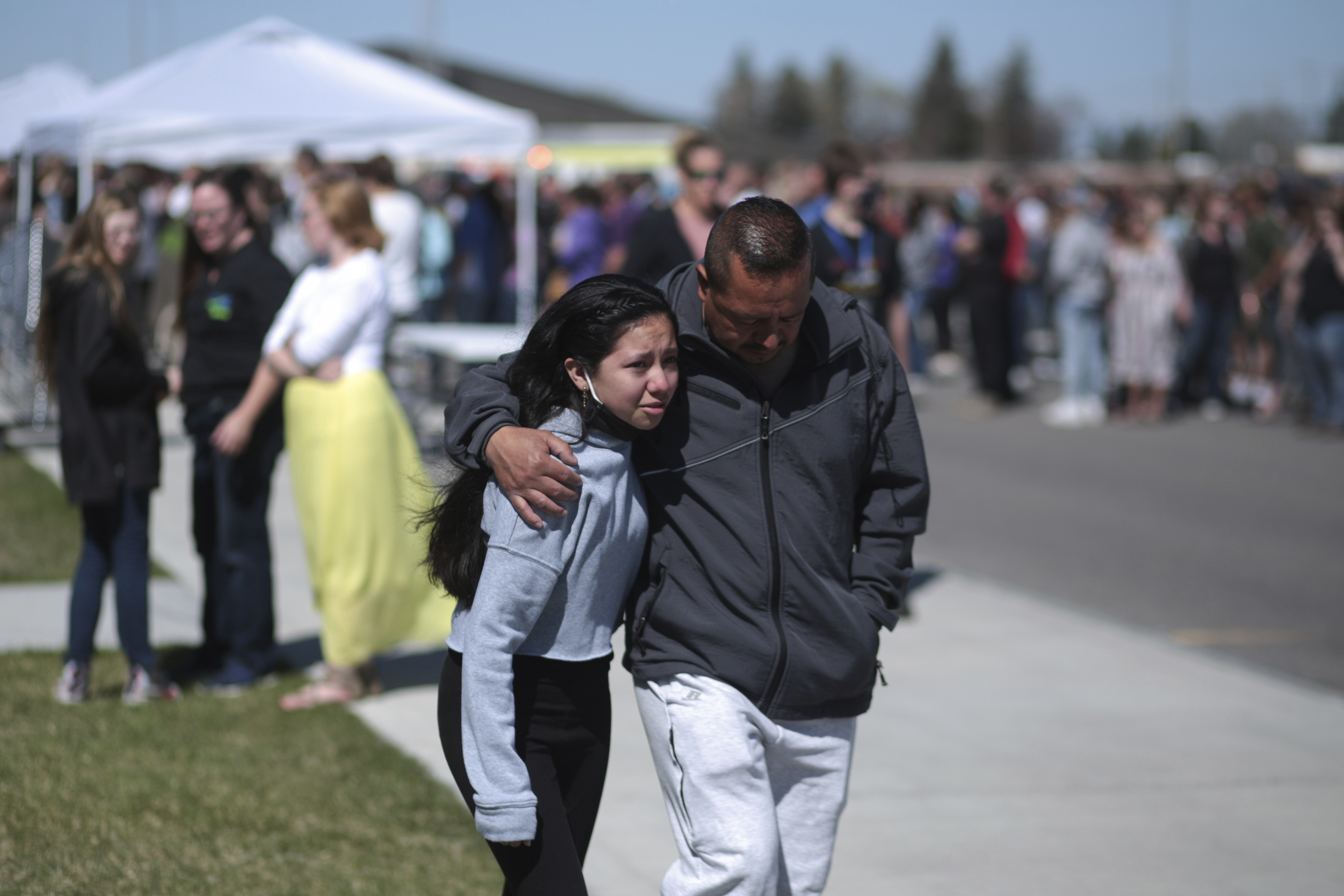 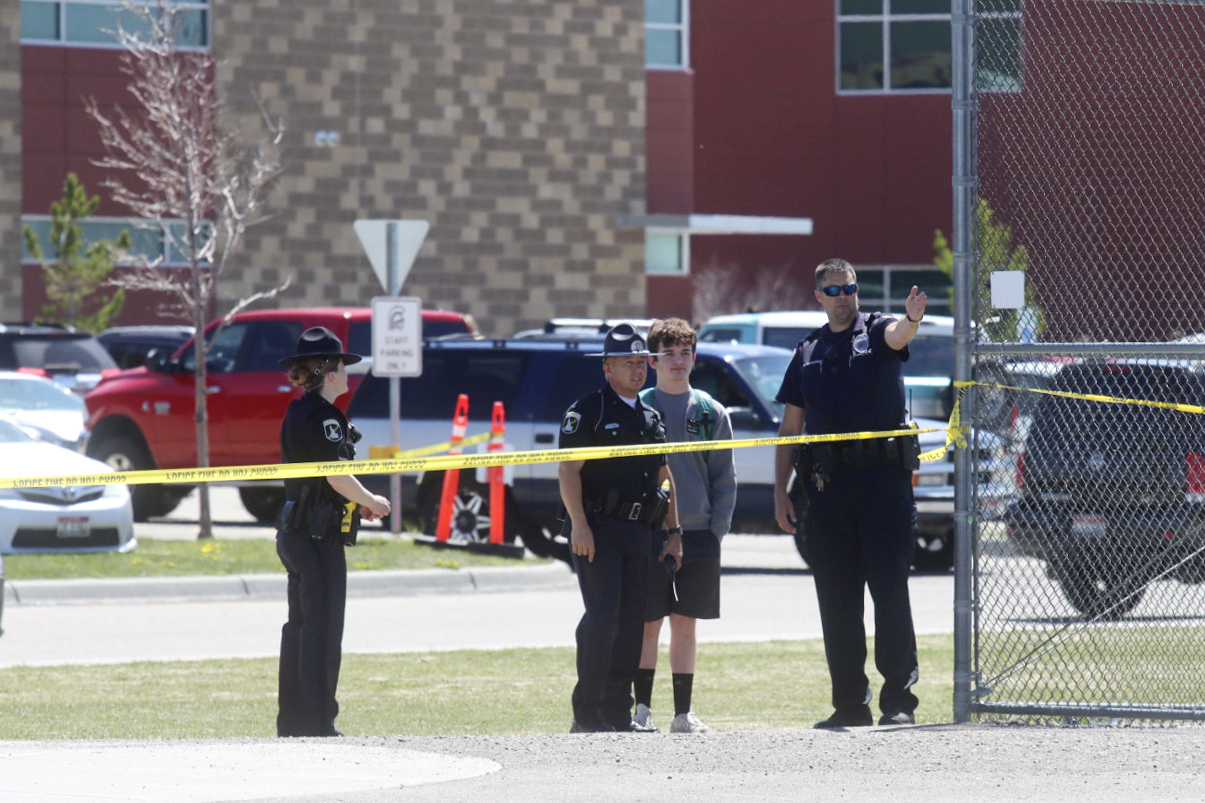 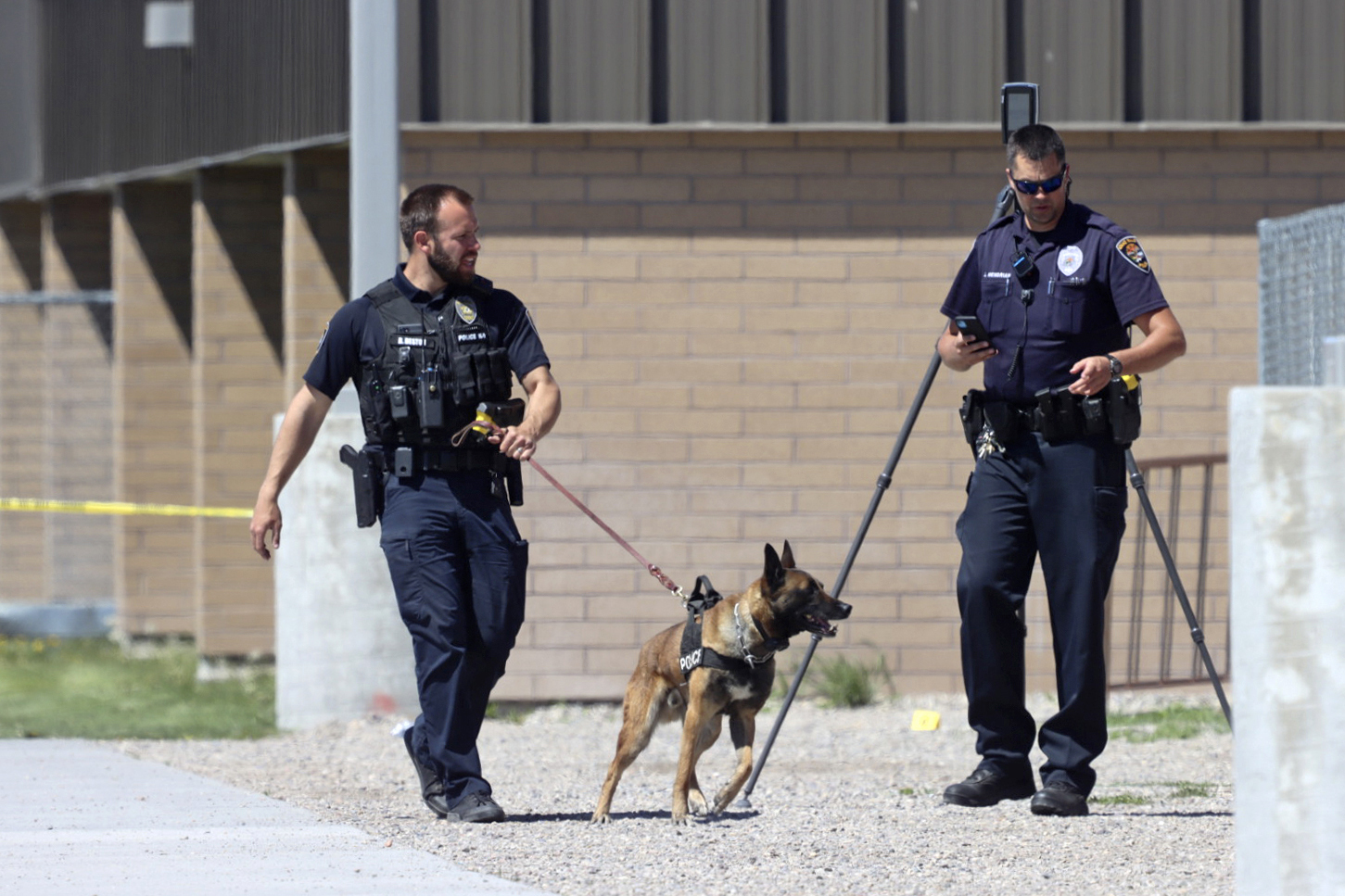 Jefferson County Sheriff Steve Anderson said the girl pulled a handgun from her backpack at the Idaho middle school and fired off several rounds.

"A sixth-grade, female student retrieved a handgun from her backpack, she fired multiple rounds inside of the school and out [and] she injured three people," Anderson said.

The janitor the girl shot has since been identified as Jim Wilson. A GoFundMe page set up to help pay for his medical expenses calls him a "very beloved Rigby Middle School custodian."

The shooter was disarmed by a female teacher and held until police arrived to take her into custody, Anderson said. 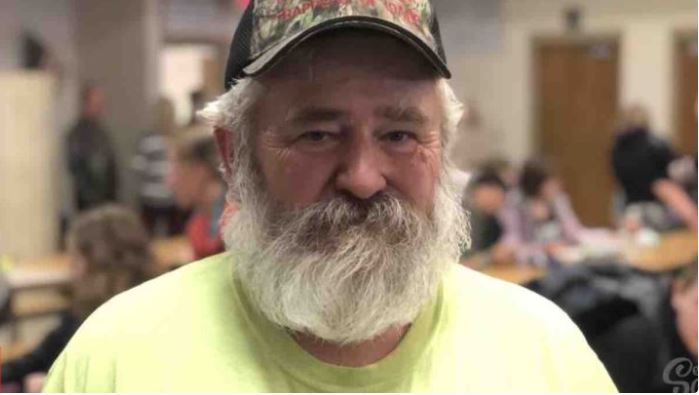 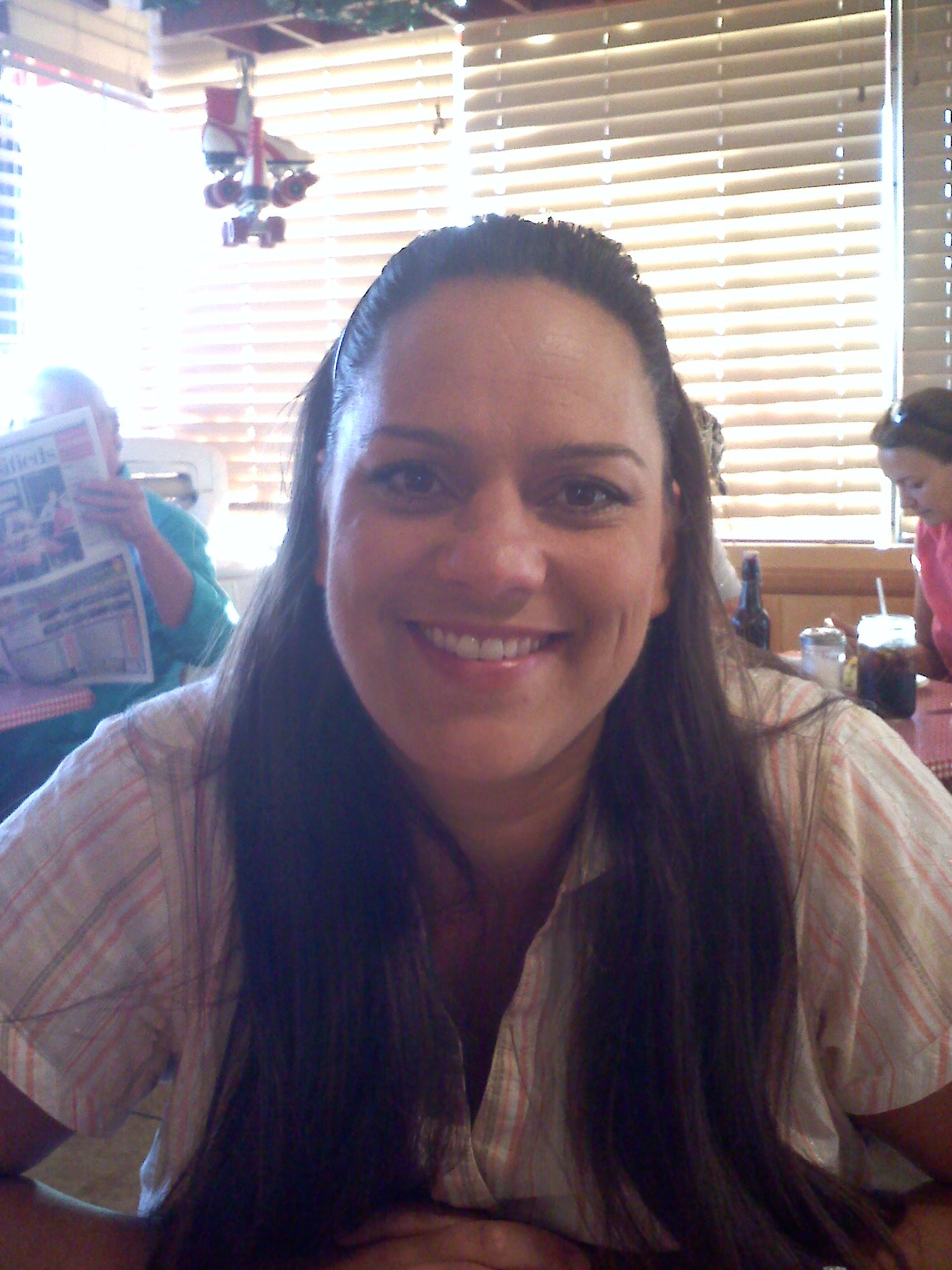 "Me and my classmate were just in class with our teacher — we were doing work — and then all of a sudden, here was a loud noise and then there were two more loud noises," the student said.

"Then there was screaming. Our teacher went to check it out, and he found blood."

Yandel’s mom, Adela Rodriguez, said they were OK but "still a little shaky" from the shooting as they left the campus. 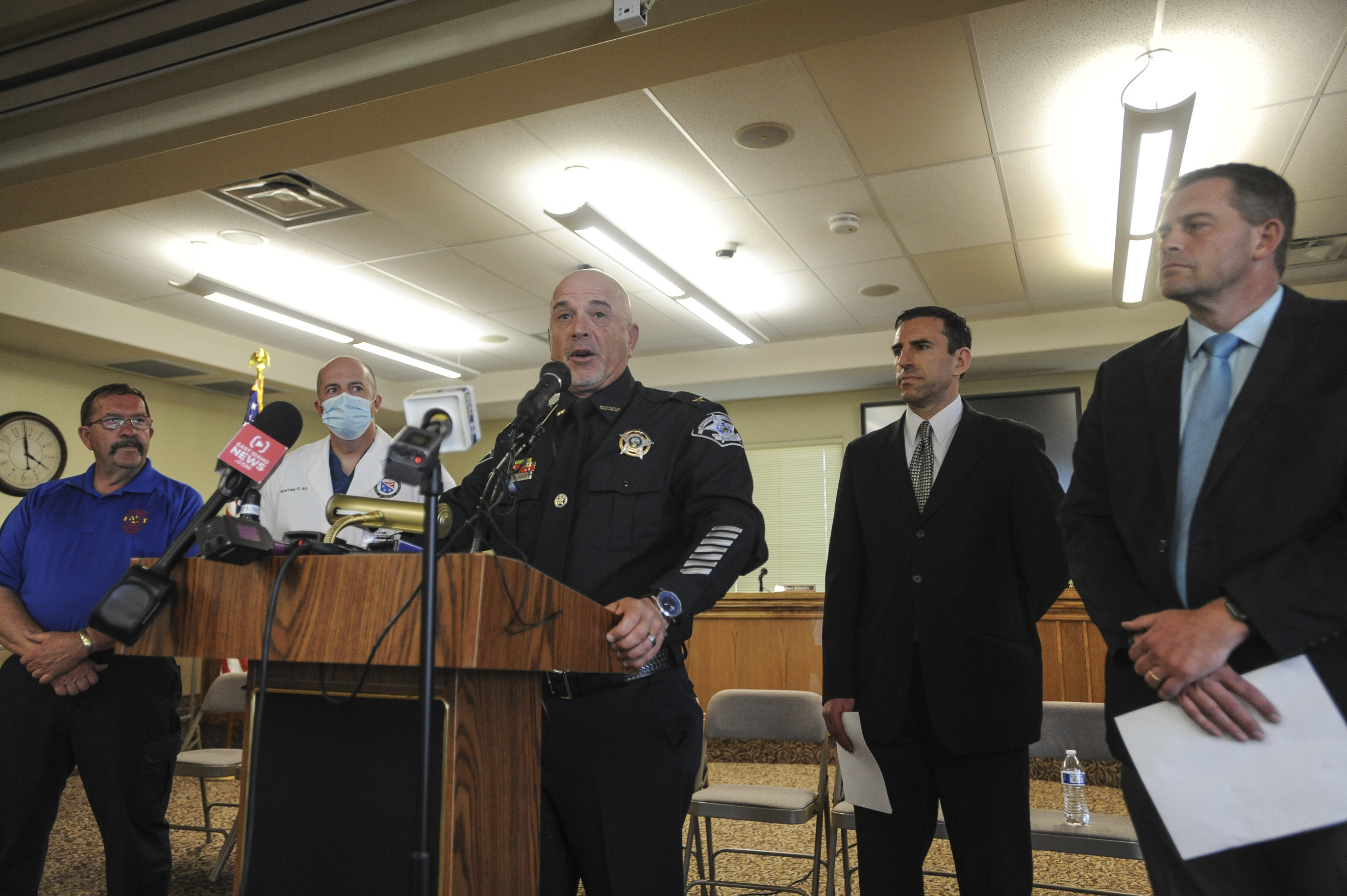 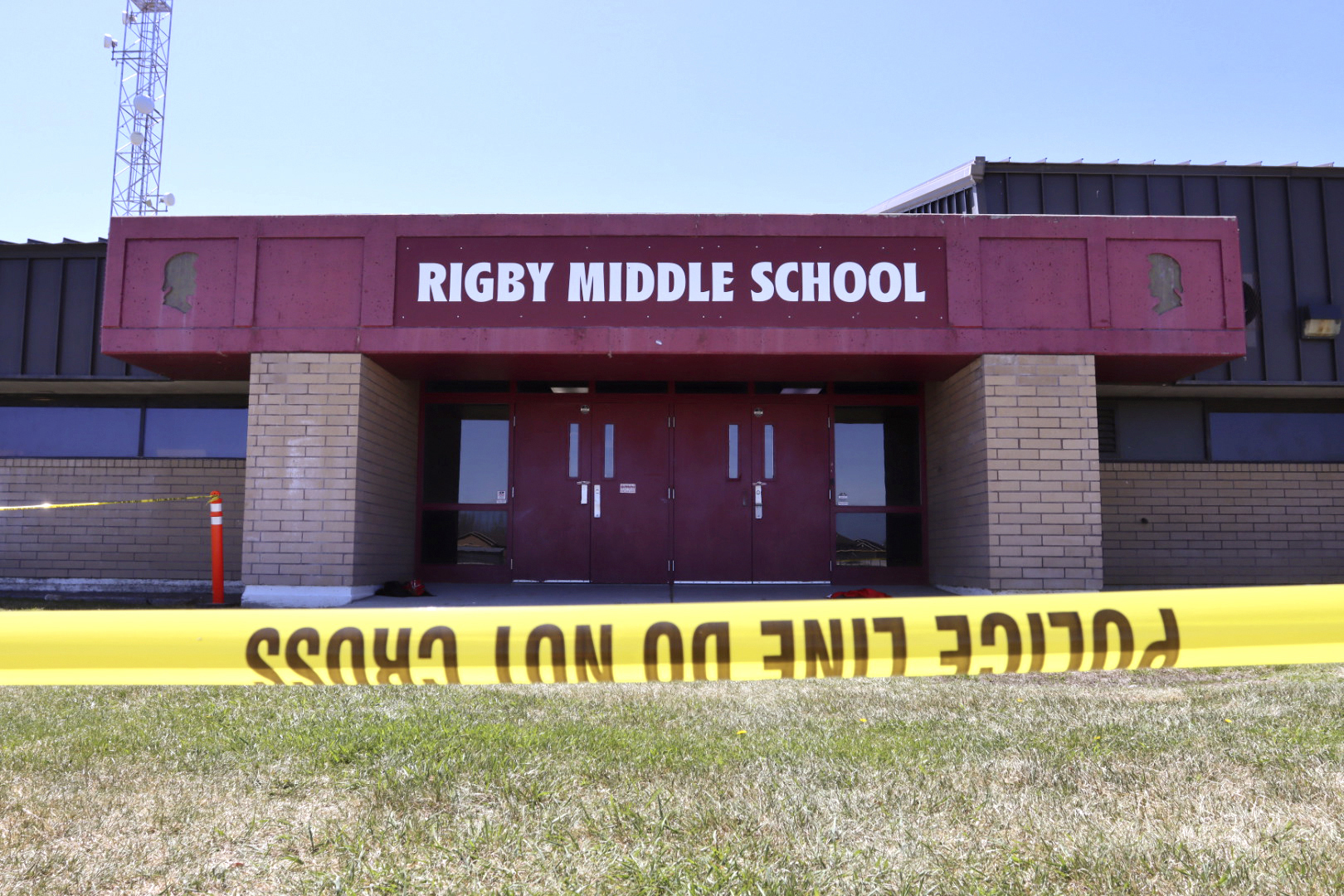 The teacher who disarmed the girl has been identified as Krista Gneiting, a math teacher, by multiple parents, according to East Idaho News.

It's unclear at this time what the girl's motive was or how she got the gun.

"We don’t have a lot of details at this time of 'why' — that is being investigated," Anderson said. "We’re following all leads."

Authorities have not released the girl's name but did say she is from nearby Idaho Falls.

Police were called to the scene on reports of shots fired around 9.15am. 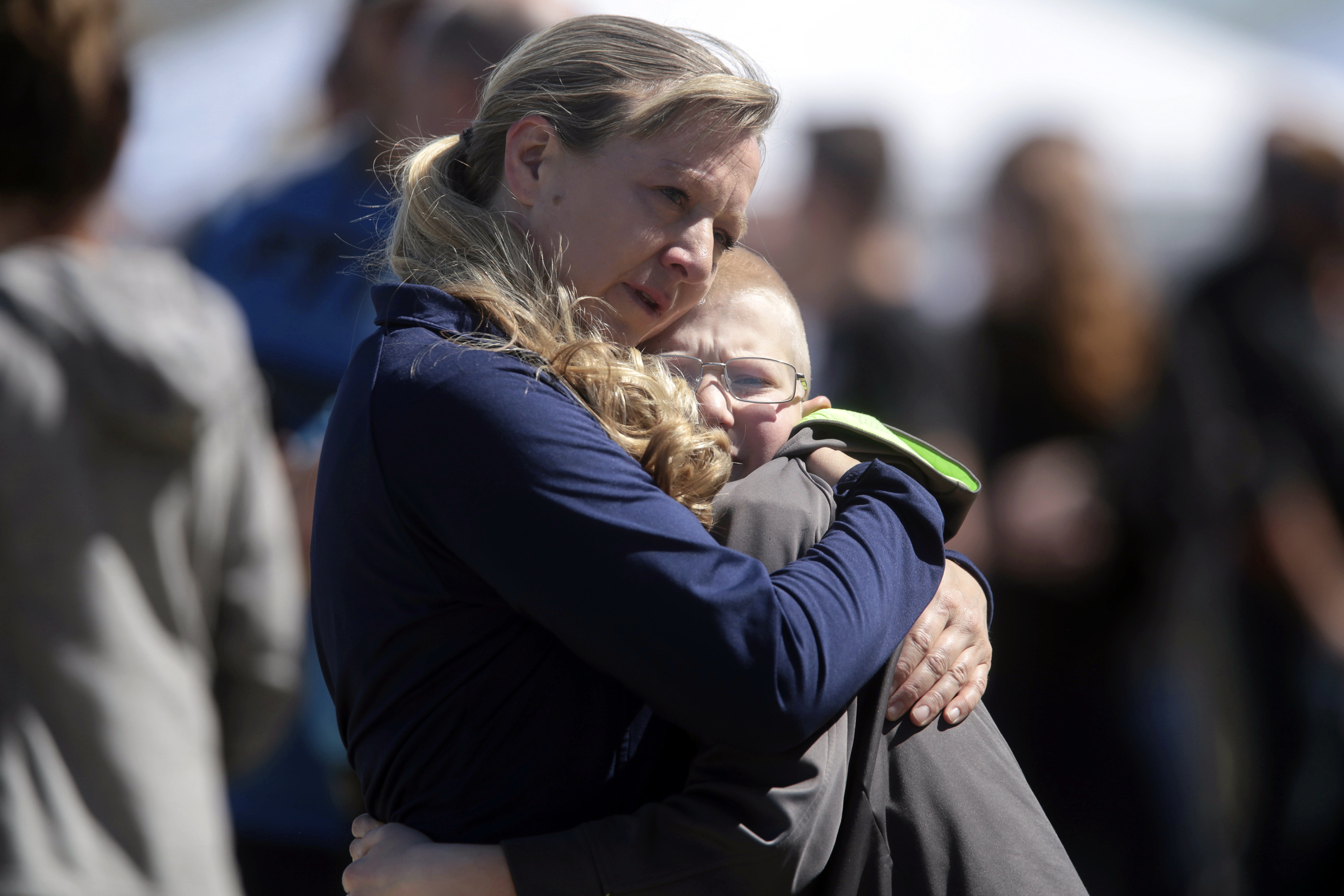 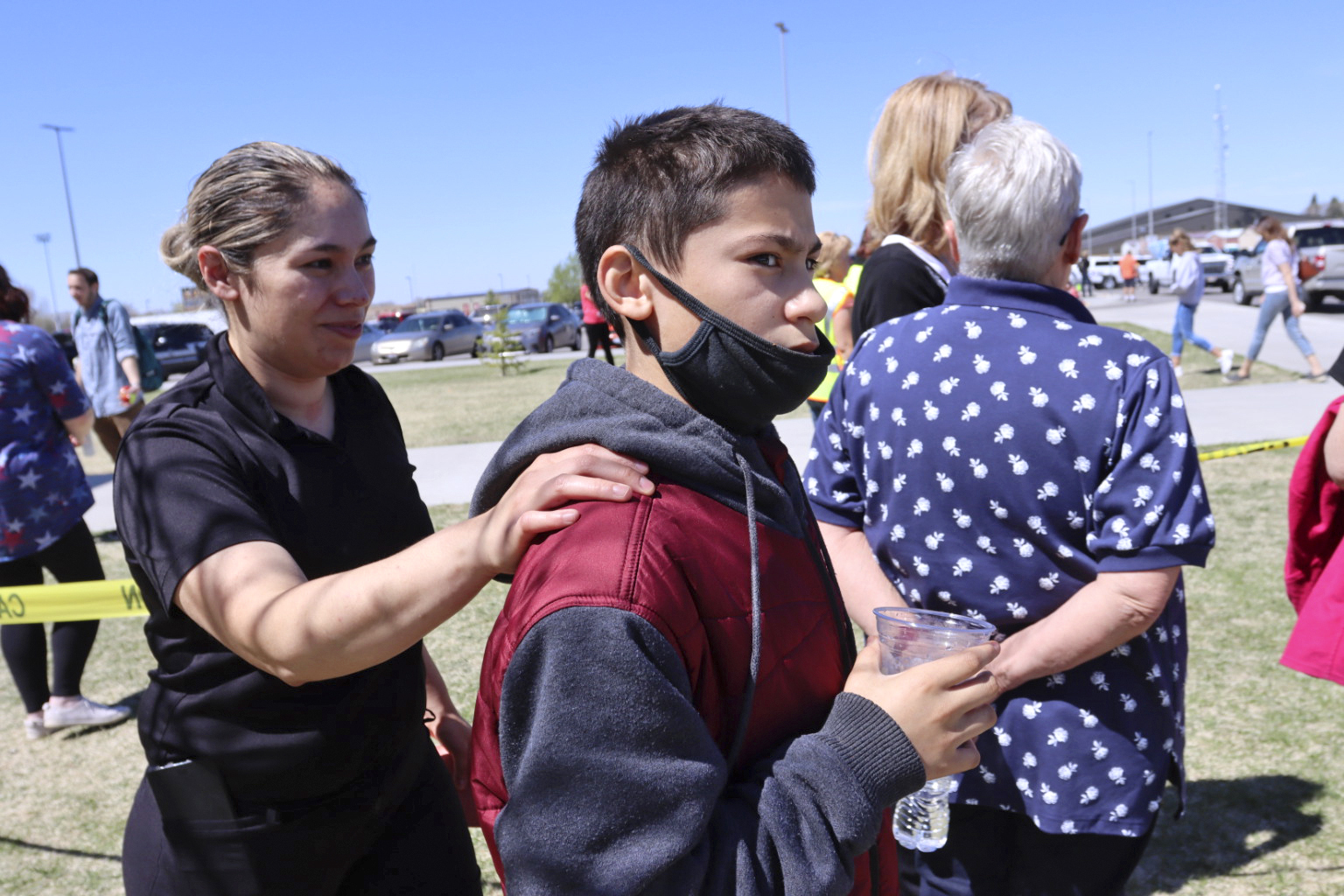 "Today we had the worst nightmare a school district could encounter. We had a school shooting here at Rigby Middle School," he said.

"What we know so far is the shooter has been apprehended. There is no further threat to the students."

He added that schools would be closed district-wide, but that counselors would be on hand for students who need them beginning Friday morning.

The adult who was shot was treated for a bullet wound at the hospital and released Thursday, Dr Michael Lemon, trauma medical director at Eastern Idaho Regional Medical Center, told reporters during a press conference. 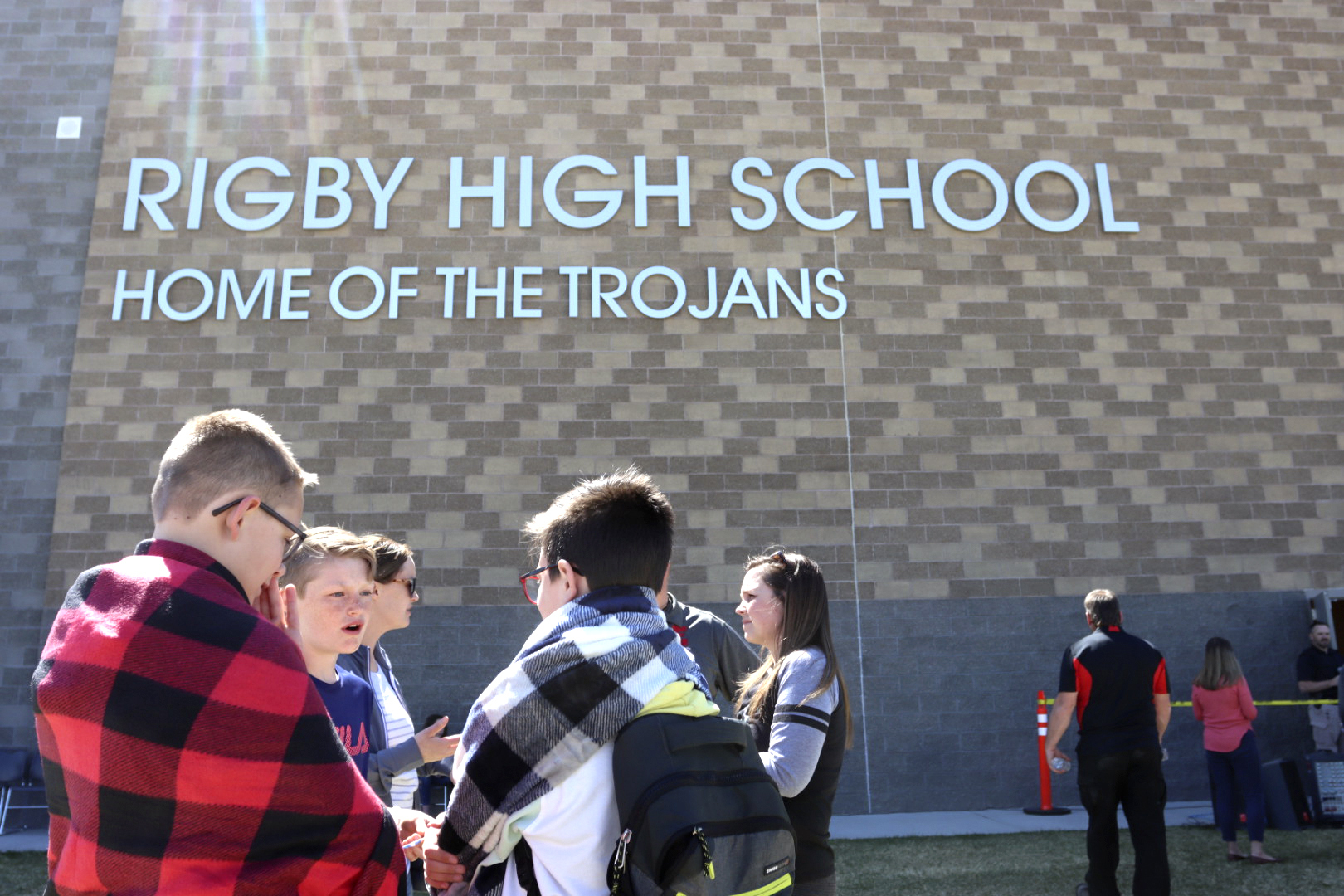 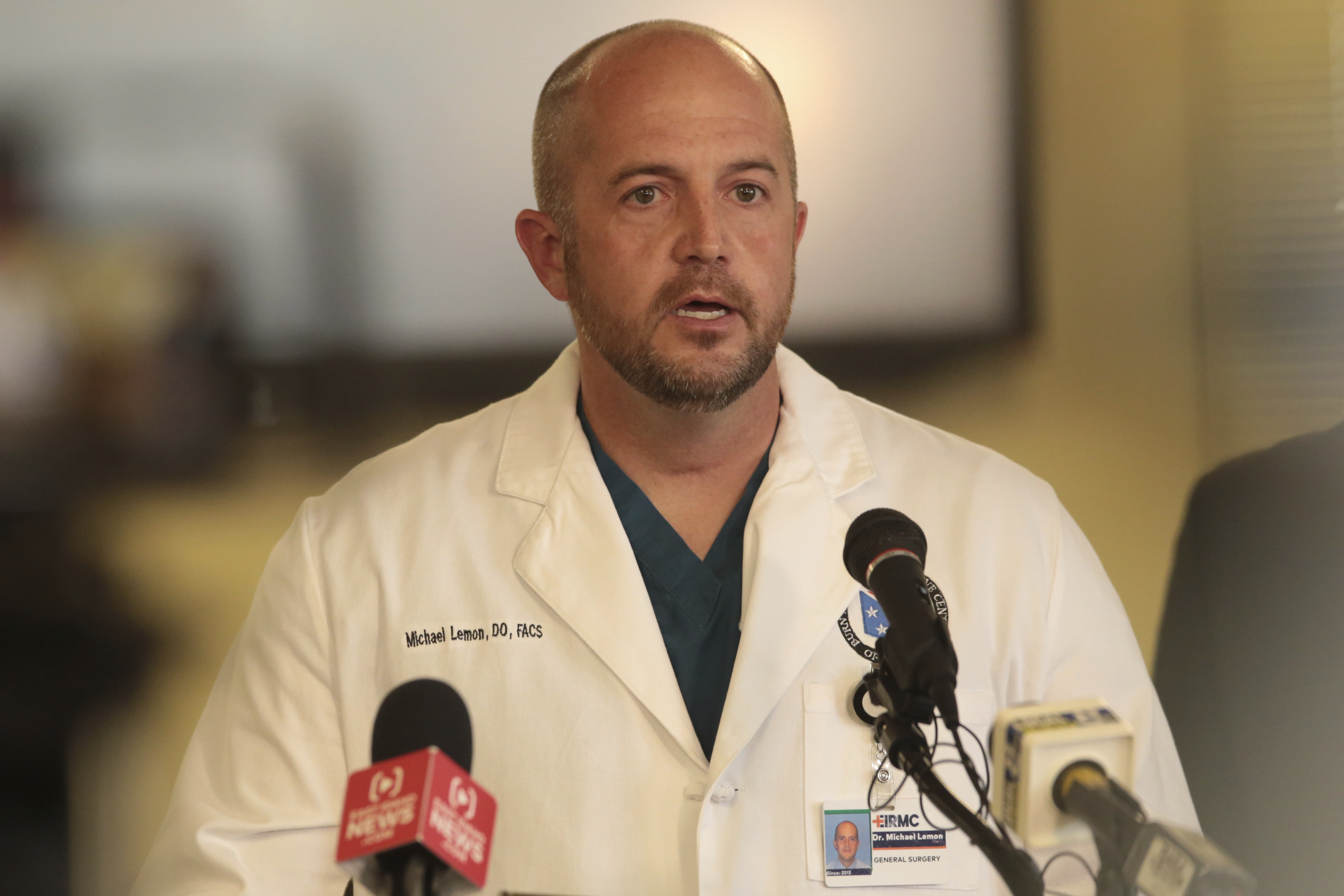 He said the students who were shot were being held overnight at the hospital, and are both considered in fair condition.

One of the students may need surgery, he said.

After the reports of shots fired at the school, multiple law enforcement agencies responded, and students were evacuated to a nearby high school to be reunited with their parents.

Another student, Lucy Long, told the Post Register newspaper in Idaho Falls that her classroom went into lockdown after they heard gunshots, with lights and computers turned off and students lined up against the wall.

Lucy comforted her friends and began recording on her phone, so police would know what happened if the shooter came in.