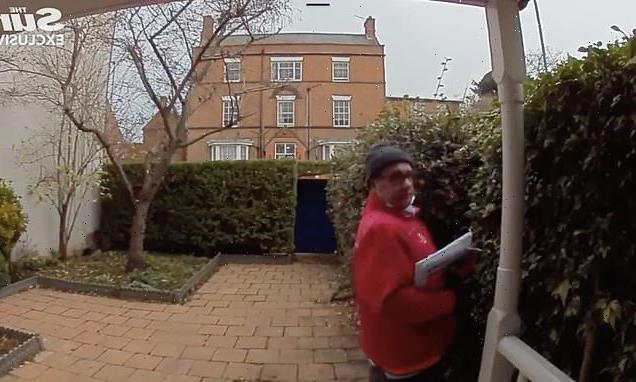 Please DON’T Mr Postman! Royal Mail postie is suspended after being caught on family’s doorbell cam appearing to URINATE near their front door

A Royal Mail postman has been suspended after being caught on a family’s doorbell camera appearing to urinate near their front door after dropping off their post.

Christopher Mears, from Wellingborough, Northamptonshire, was left horrified after his doorbell camera appeared to show a postman urinating while staring back at the house.

In the footage, shared by The Sun, the Royal Mail worker is seen walking up the driveway before posting items through Mr Mears’s letterbox. 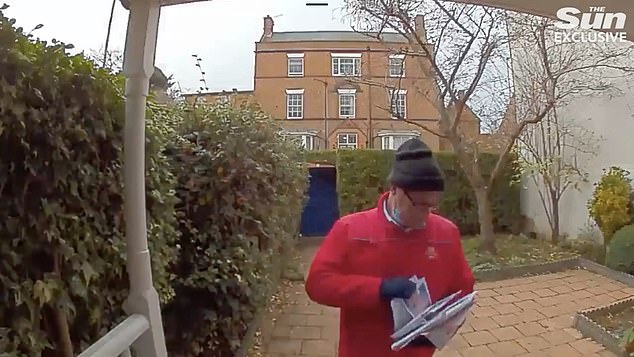 Christopher Mears, from Wellingborough, Northamptonshire, was shocked after his doorbell camera appeared to show the postman urinating near his front door

The postman then steps down from the front porch and appears to unzip his fly and urinate into a hedge just yards from the family’s front door.

The worker seems to stare directly at the doorbell camera before walking back down the driveway while holding what appears to be other letters.

A Royal Mail spokesperson said: ‘Royal Mail expects the highest standards of behaviour from our people at all times while out on deliveries and collections.

‘We are looking into this incident and will be in touch directly with the customer who has made the complaint.’ 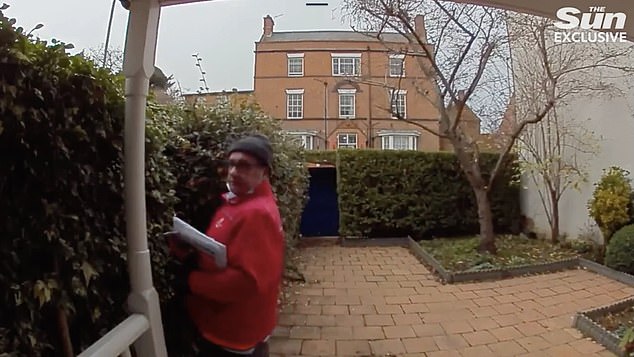 In the footage, shared by The Sun, the Royal Mail worker appears to unzip his fly and urinate into a hedge just yards from the family’s front door

It is understood that the worker has been suspended from delivery while the incident is looked into.

Father-of-two Mr Mears, 25, said he was ‘horrified’ after reviewing his doorbell camera footage, saying it was ‘awful’ and ‘idiotic’ that the worker appeared to urinate ‘right outside’ his home.

Mr Mears, who lives at the property with his partner and children Elissa, five, and one-year-old Hunter, told The Sun: ‘My children play outside. It’d be bad enough if it was a delivery driver but this is the Royal Mail.’

He added: ‘He didn’t even bother trying to find a corner in the garden which still would have been terrible.’

The father said he reported the incident to Royal Mail and claimed he was told by one manager that it was ‘disgusting’.