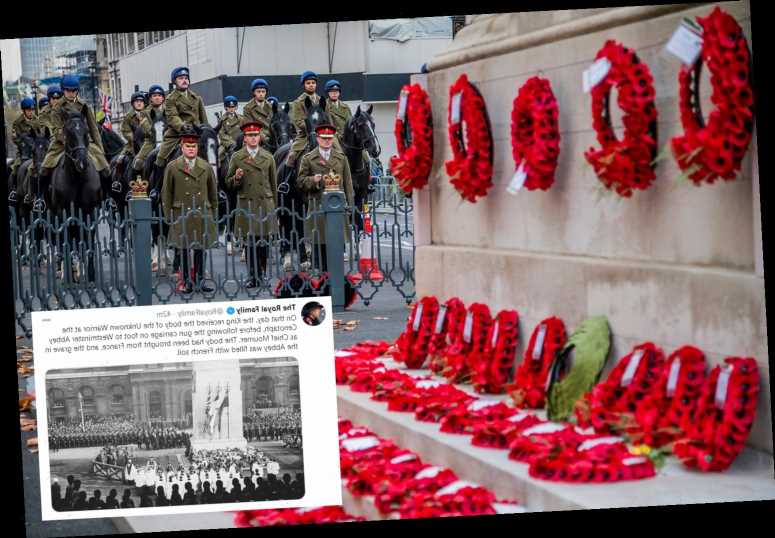 HOMES across the UK fell silent at 11am to mark Remembrance Day as Prince Charles and Camilla lead heartfelt tributes.

The coronavirus pandemic has limited public commemorations this year so millions of people have been encouraged to pause on their doorsteps for the traditional two minutes silence at 11am. 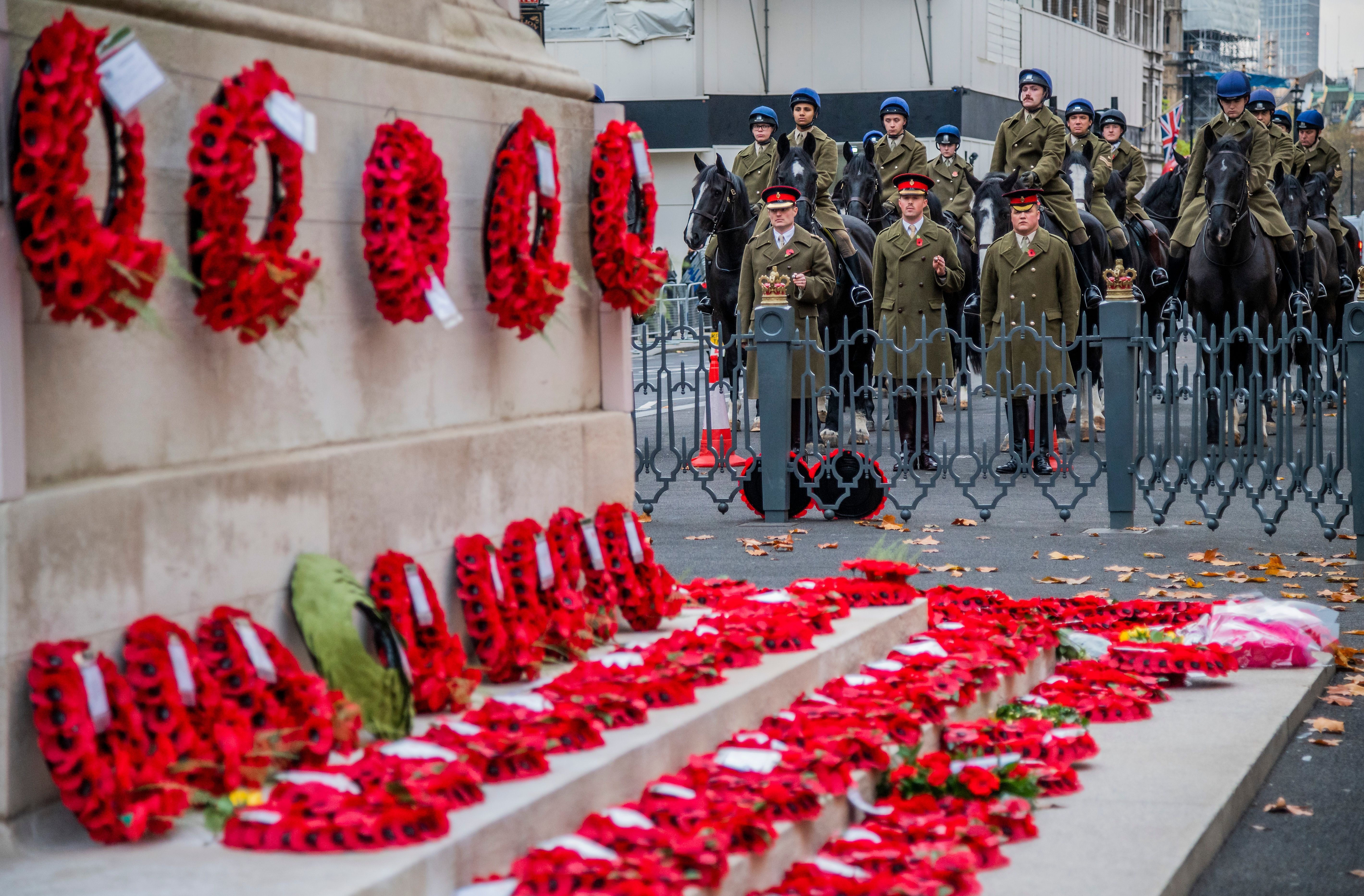 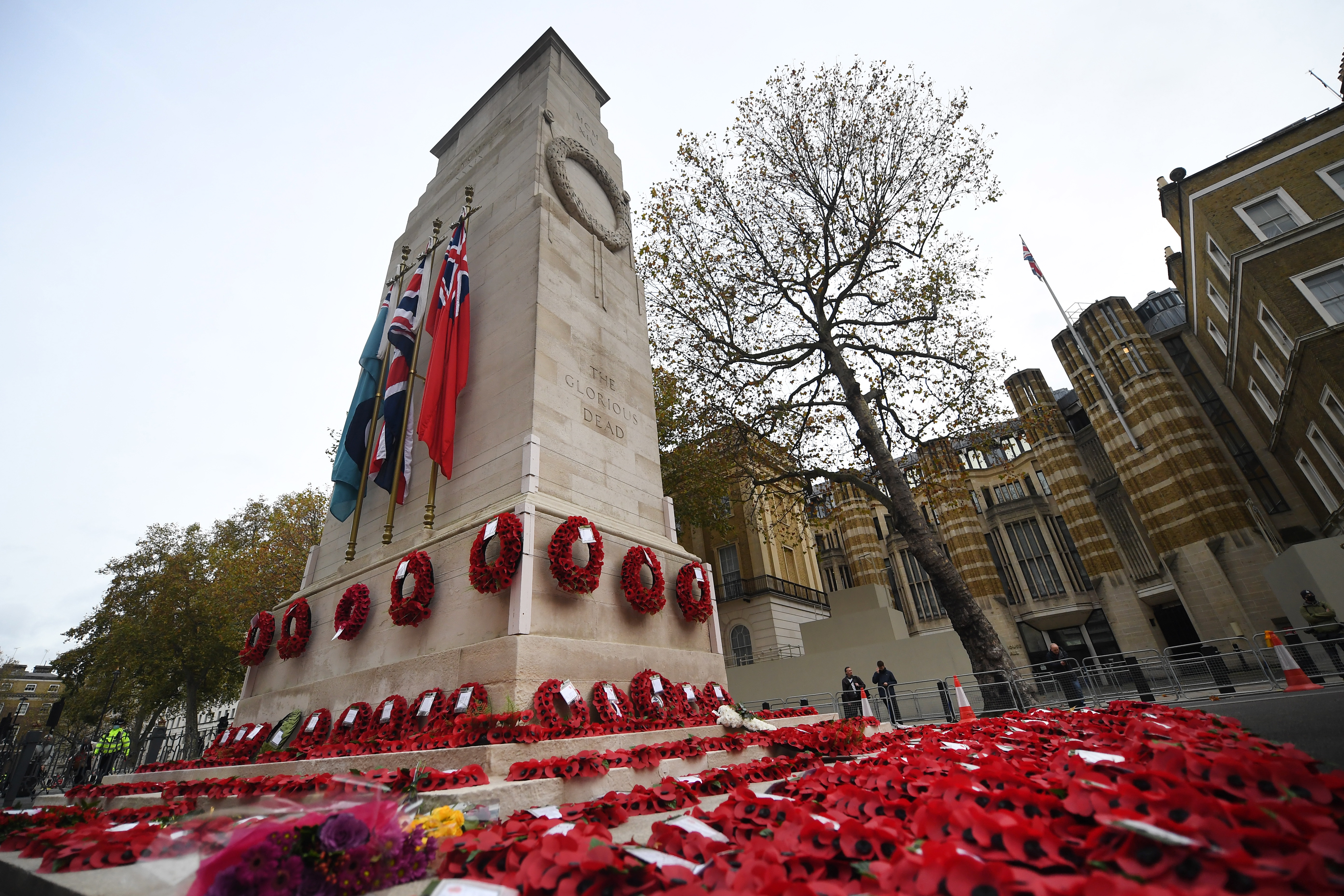 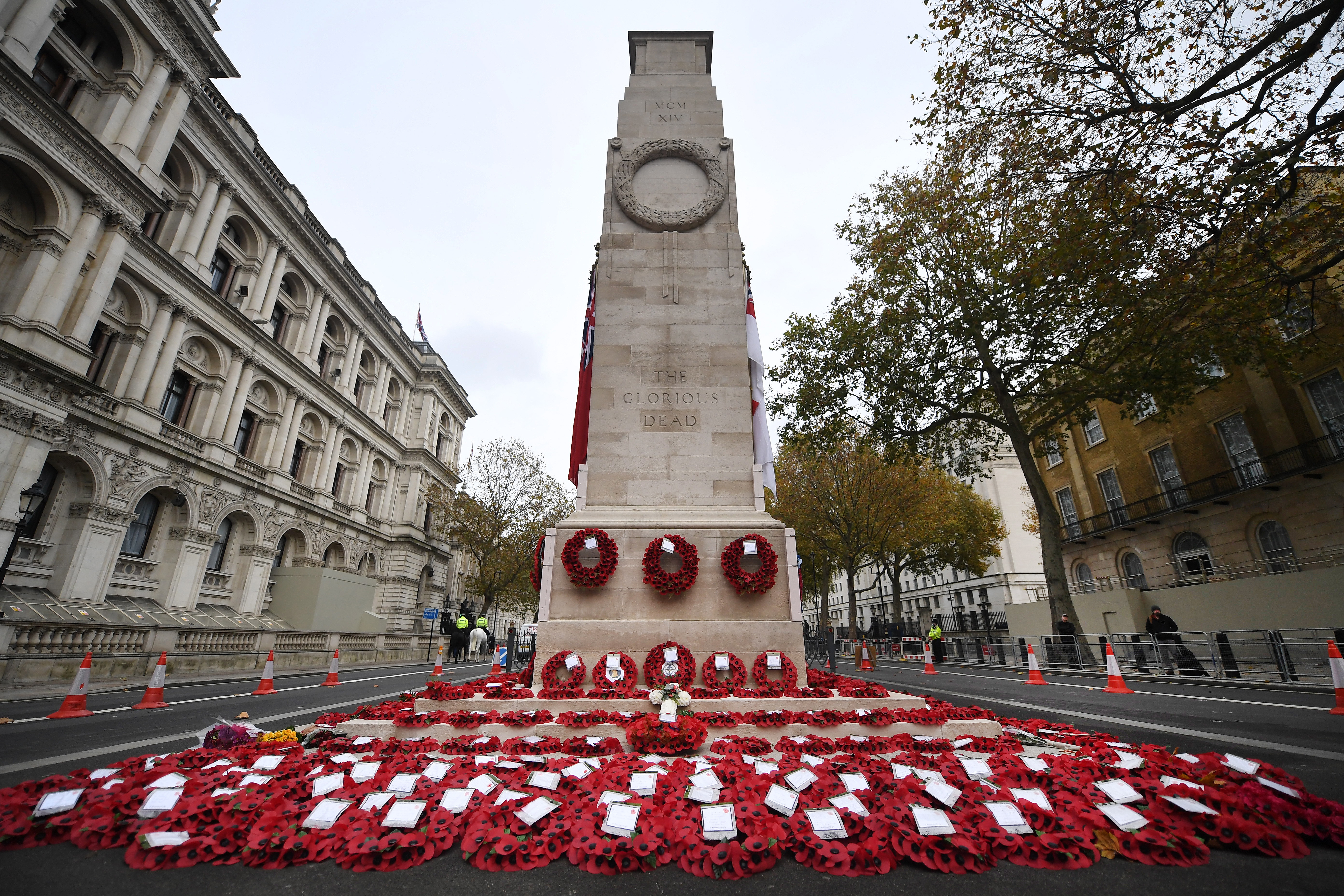 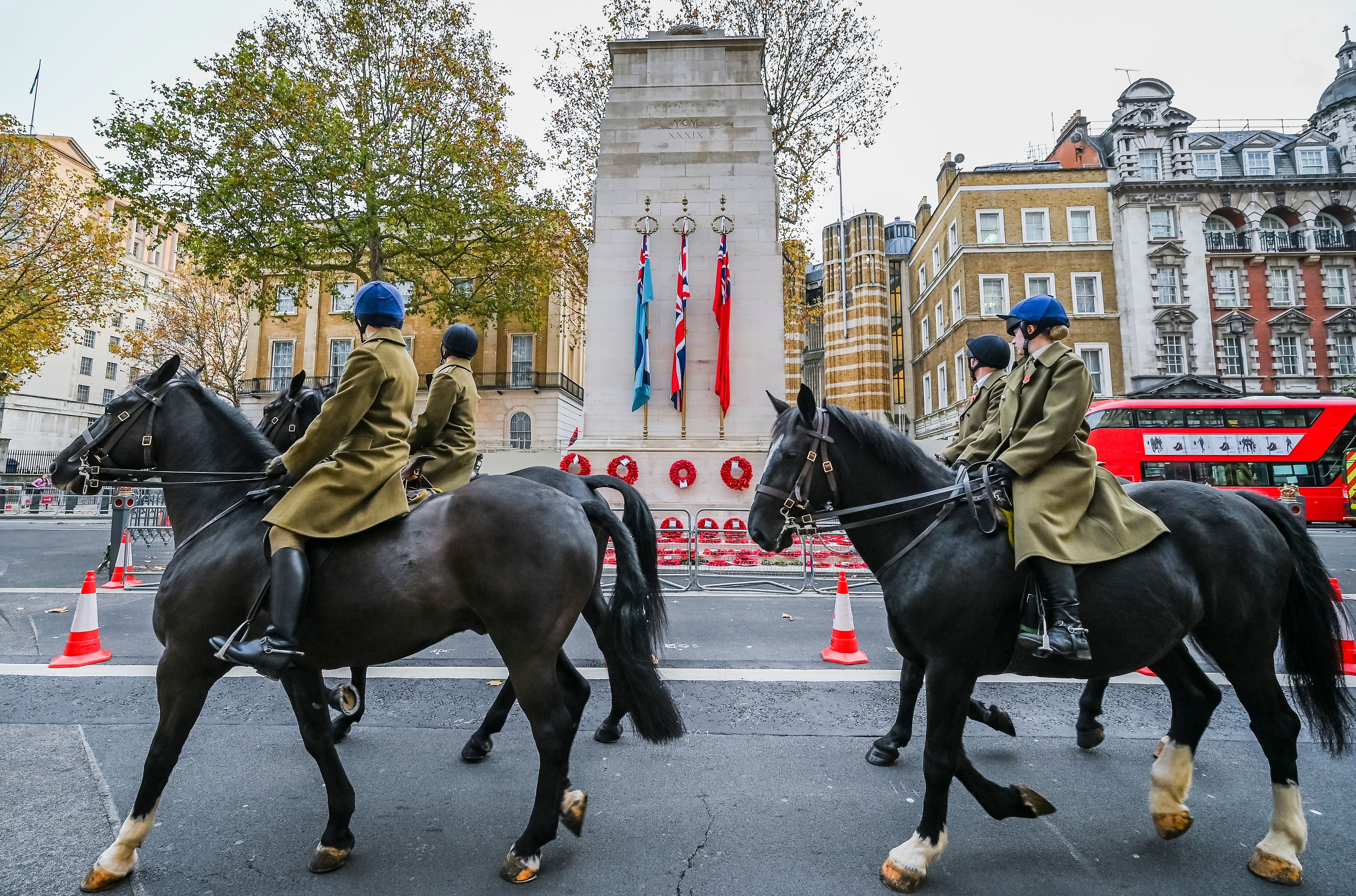 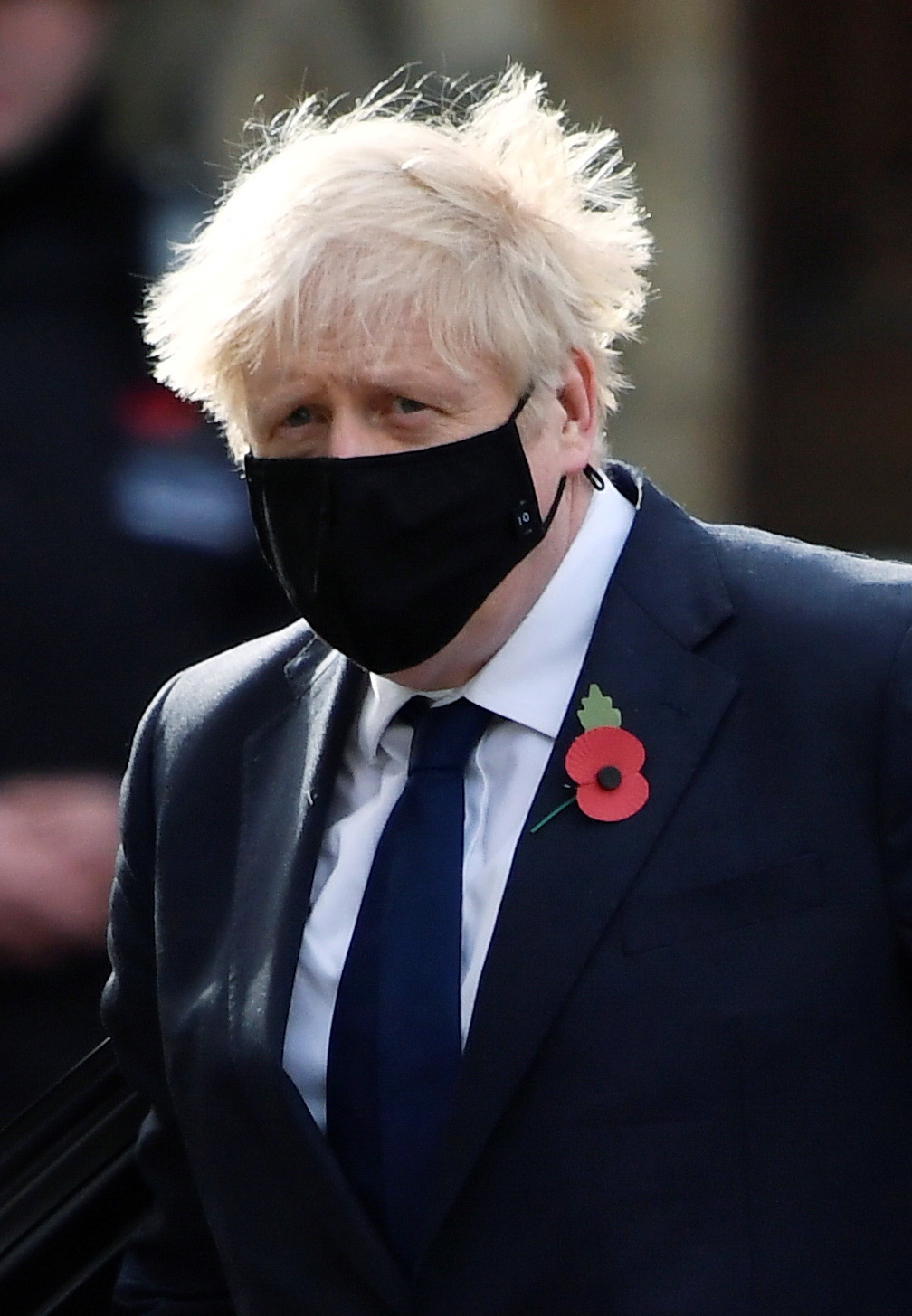 The Queen paid tribute on Twitter to the Unknown Soldier, explaining how his body was brought back from France and the grave in Westminster Abbey was filled with soil from France.

Covid-19 related-restrictions on gatherings and travel have disrupted remembrance events this year, forcing last weekend's Remembrance Sunday service at the Cenotaph to be scaled back.

An invitation-only service due to be held at London's Westminster Abbey on Wednesday will mark the centenary of the burial of the Unknown Warrior.

The televised service, to be attended by the Prince of Wales and Duchess of Cornwall, will commemorate the funeral of an unknown British serviceman whose body was brought back from Northern France.

He was buried at the west end of the abbey's nave on November 11 2020 to represent all those who lost their lives in the First World War but whose place of death was unknown or body never found. 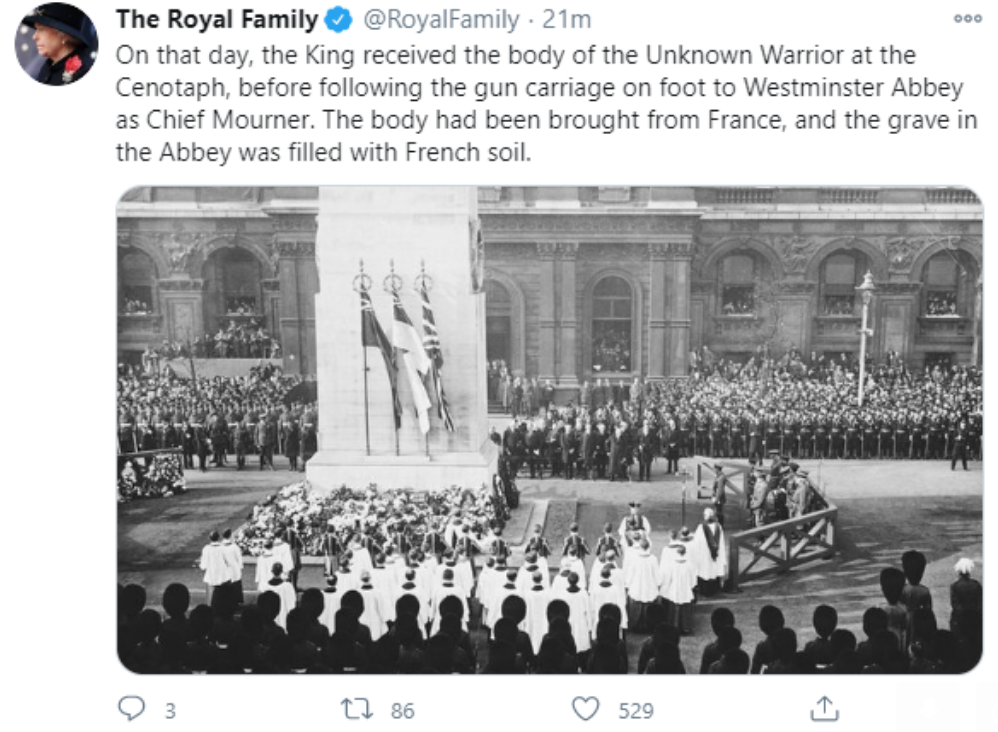 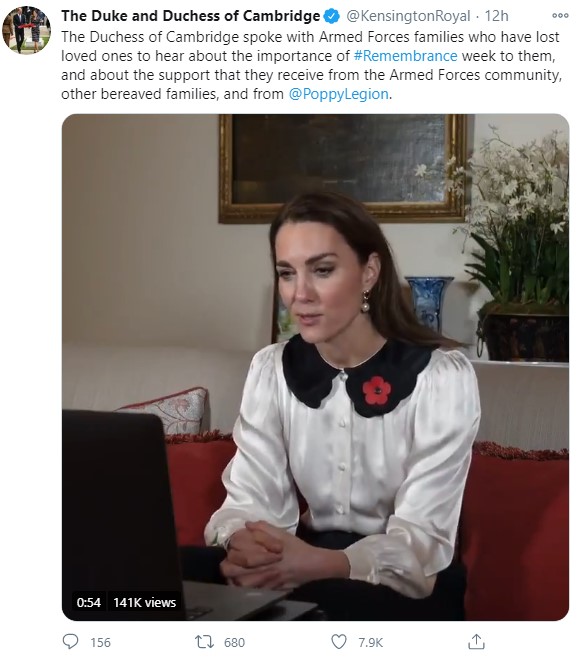 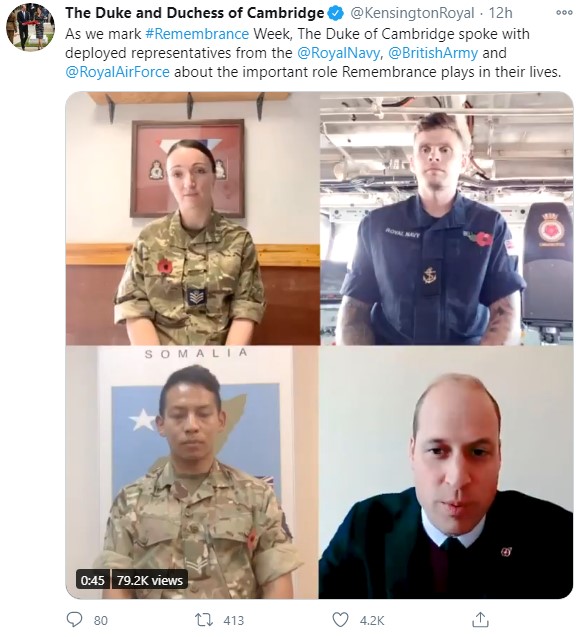 Each year the two minutes Armistice Day silence marks the end of that four-year conflict, after an agreement between Germany and the Allies took effect at the "11th hour of the 11th day of the 11th month" of 1918.

The service and silence will be broadcast live on BBC One from 10:30am and will be led by the Dean of Westminster, The Very Reverend Dr David Hoyle.

It will also feature an address from the Archbishop of Canterbury, The Most Reverend and Rt Hon Justin Welby.

Chief of the defence staff, the professional head of the armed forces, General Sir Nick Carter said: "The burial one hundred years ago of the Unknown Warrior was a seminal moment for the British people.

"To many of those who stood in silence or who made the pilgrimage to Westminster, he was not unknown at all.

"His very anonymity meant that he was the father, husband, son or brother who never came home from the war.

"Today the Tomb of the Unknown Warrior reminds us all that war has a cost and that we should never forget those who sacrificed their lives for our free and open way of life."

Wednesday also marks 100 years since the inauguration of the permanent version of Cenotaph memorial on Whitehall in central London.

Defence Secretary Ben Wallace said: "The centenary of the unveiling of the Cenotaph and the burial of the Unknown Warrior are a poignant reminder of the scale of loss suffered in the First World War and the continued importance of coming together as a nation to remember all those who have sacrificed their lives for this country."

Elsewhere on Wednesday, more than 100 poppy wreaths were be placed on board early-morning train services heading to London.

Great Western Railway has joined forces with military charities, local authorities and military bases for the "Poppies to Paddington" operation which will involve nine train services and more than 60 stations on its network.

On arrival at Paddington station, the wreaths will be placed at its war memorial on platform one in time for 11am.

What is Remembrance Day?

Remembrance Day – also known as Armistice Day – remembers the agreement between the Allies and Germany on November 11, 1918, to stop fighting which marked victory for the Allies and defeat for Germany in WW1.

It was signed in Compiegne in Northern France and came into effect on the 11th day of the 11th month at 11am.

The armistice forced the Germans to evacuate invaded countries and territories within two weeks.

They also had to surrender a significant amount of war material, including five thousand guns, 25,000 machine guns, 1,700 planes.

Germany, exhausted by war and with a nation of hungry citizens, reluctantly accepted the terms.

Although hostilities continued in some areas, the armistice essentially brought an end to fours years of fighting in the First World War.

Towards the end of the day, people are also being encouraged to look to the night sky from their homes in another collective moment of remembrance.

The Commonwealth War Graves Commission (CWGC), which cares for war memorials and cemeteries around the world, is calling on the public to take a moment to look up at the stars at 7pm.

CWGC has launched a free online tool on its website allowing people to "name a star" in tribute to someone who died or served during the two world wars.

Powerful searchlights will also be shone into the night sky at 7pm as a symbolic lights of remembrance beamed from the CWGC's Plymouth Naval Memorial, the Brookwood Military Cemetery in Surrey, as well as war grave plots at Cardiff Cathays Cemetery and Edinburgh Rosebank Cemetery.

THE annual Poppy Appeal needs The Sun’s army of big-hearted readers more than ever this year.

Fears over Covid will dramatically reduce the number of street vendors.

But forces veterans and their families who rely on the British Legion still desperately need our support.

That’s why The Sun, backed by celebs from David Beckham to Captain Tom Moore, is campaigning so hard for the Appeal.

And we will be putting the poppy on our front page every day from now until Remembrance Day on November 11.

Join in the campaign today. 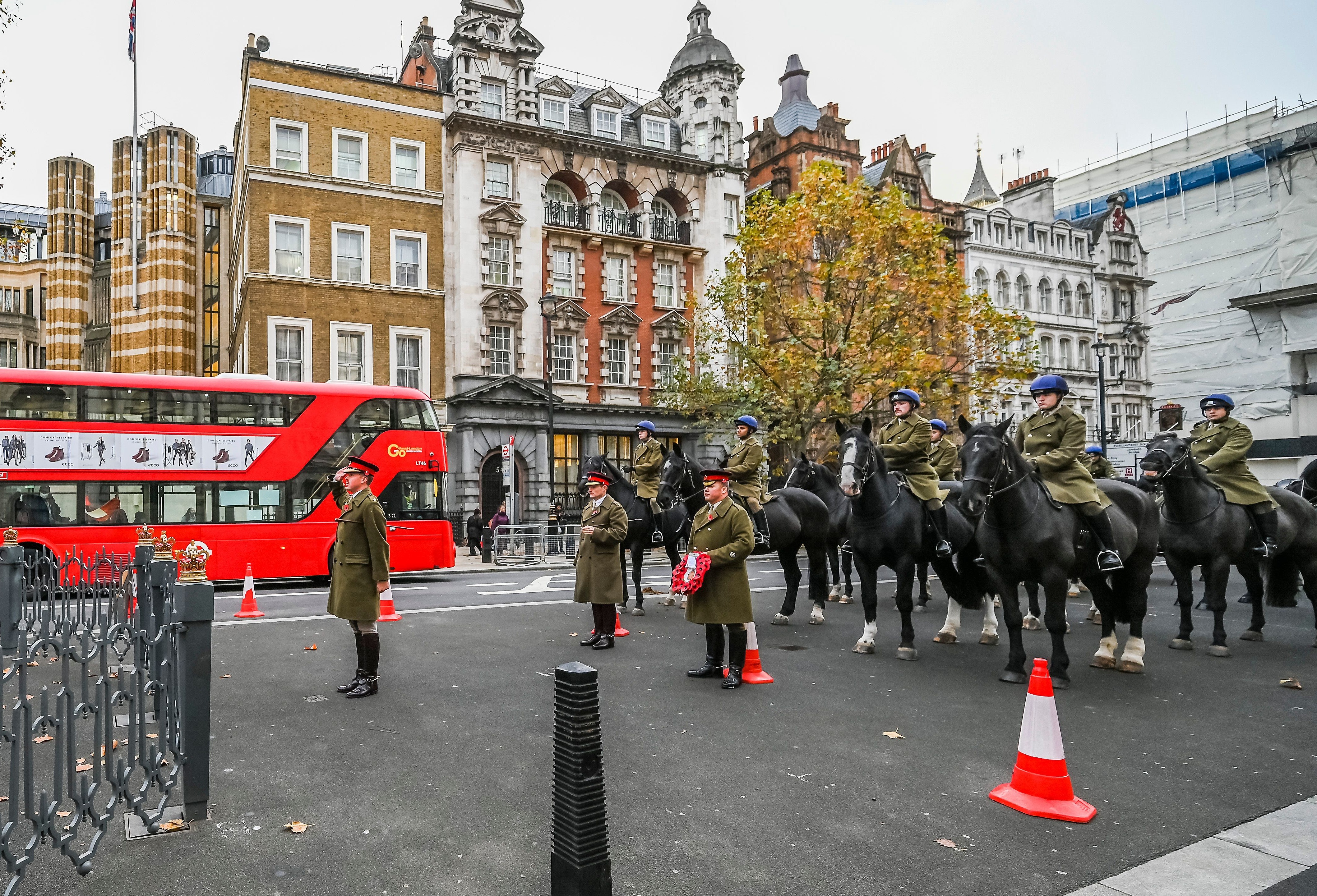 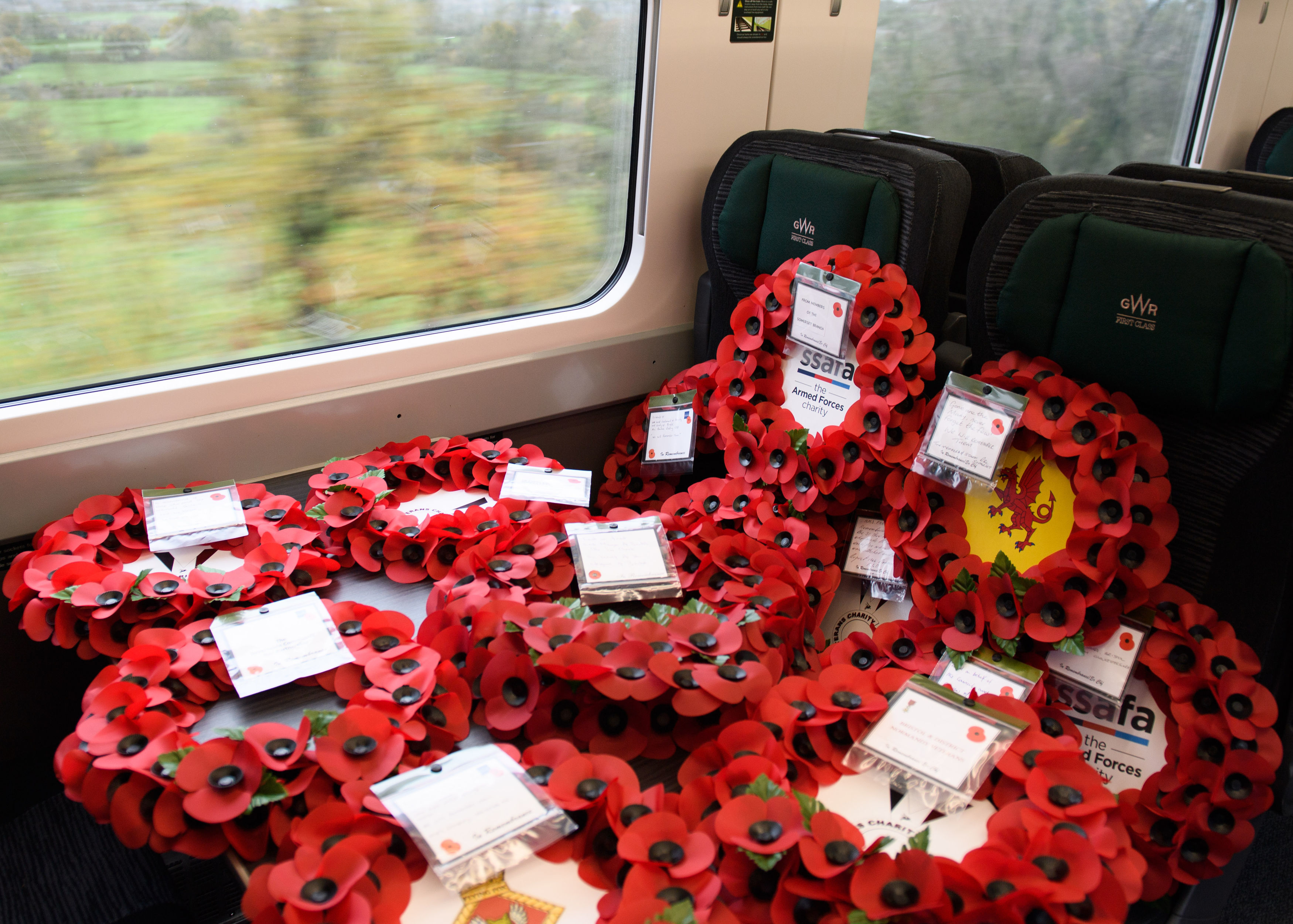 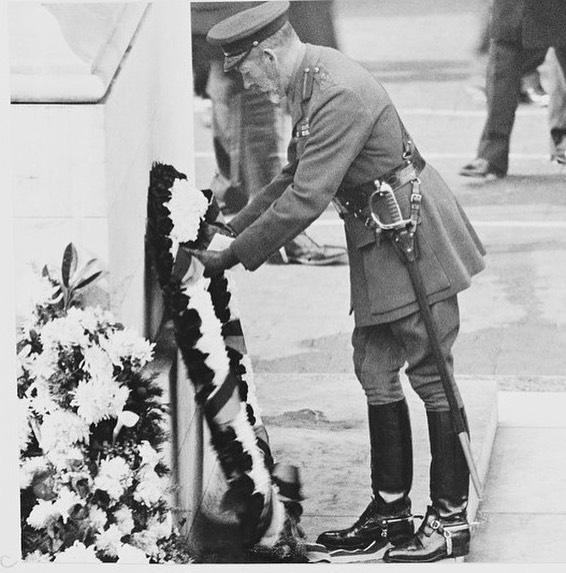