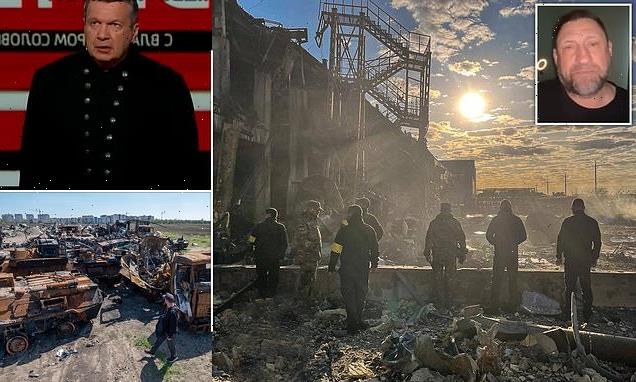 Putin’s propagandists have begun openly criticising the state of Russia’s military even the Kremlin’s most-hardened of supporters struggle to ignore the scope of the army’s failings in Ukraine.

Vladimir Solovyov, one of Putin’s most-prominent puppets, moaned last week about the ‘shameful’ length of time it takes for weapons to reach the front while guests on his nightly news show complained that men are being sent into battle ‘with weapons of yesteryear’ and the Russian economy cannot sustain the war.

Mikhail Khodaryonok, a retired Russia colonel, told viewers that even a much-feared general mobilisation of Russian forces would do little to turn the war in Russia’s favour because it lacks equipment and men to build new units. ‘We don’t have the reserves,’ he told viewers.

Meanwhile Solovyov himself fumed that Russian troops are unable to get drones because so few are being produced, and even those that are made take too long to get into battle. ‘Just try to bring something to the Donbas,’ he said, ‘it’s easier to bring it in via Ukrainian customs in Lviv. They let any weapons through.’

It came as Aleksandr Sladkov, a so-called ‘war correspondent’ who pumps out pro-Kremlin content on social media, spoke out against Russia’s tactics – saying commanders have been ‘shamefully indecisive’ and their attacks ‘can’t push out Ukrainian forces’ because they are fighting ‘one-to-one’ with no numerical advantage.

The shift in tone is dramatic for state media networks that are usually keen to trumpet the might of Russia’s armed forces, praise Putin’s leadership as strong and decisive, slam Ukraine as weak and dismiss any defeats they suffer as being part of a masterplan – the true goal of which will only become apparent later. 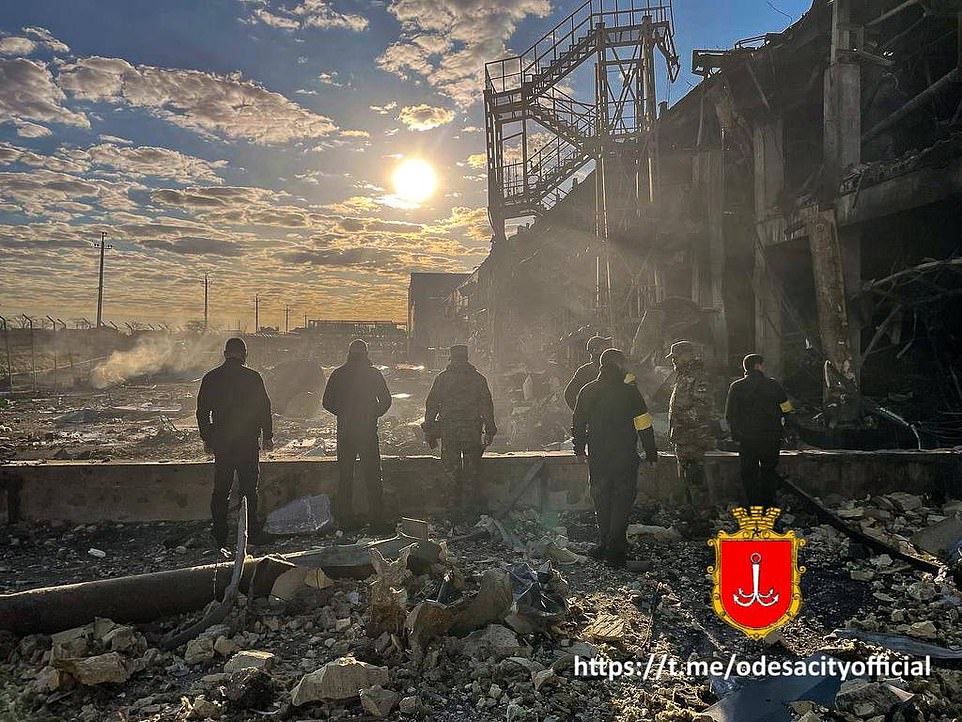 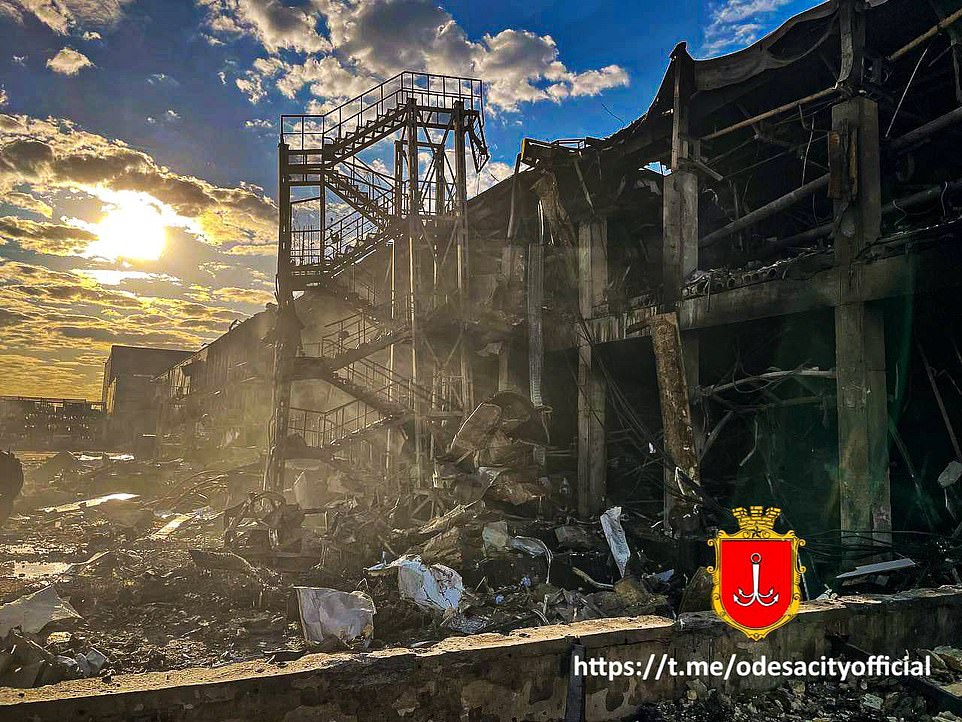 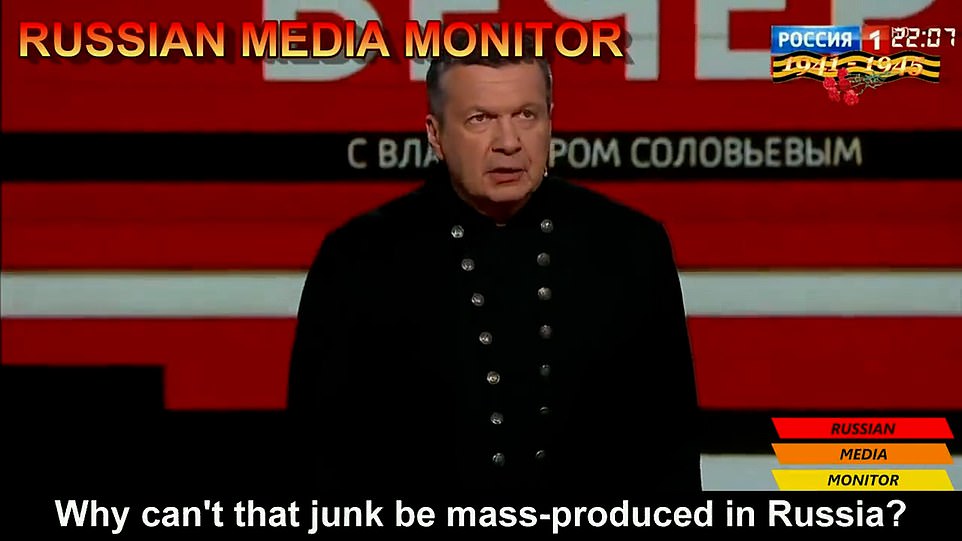 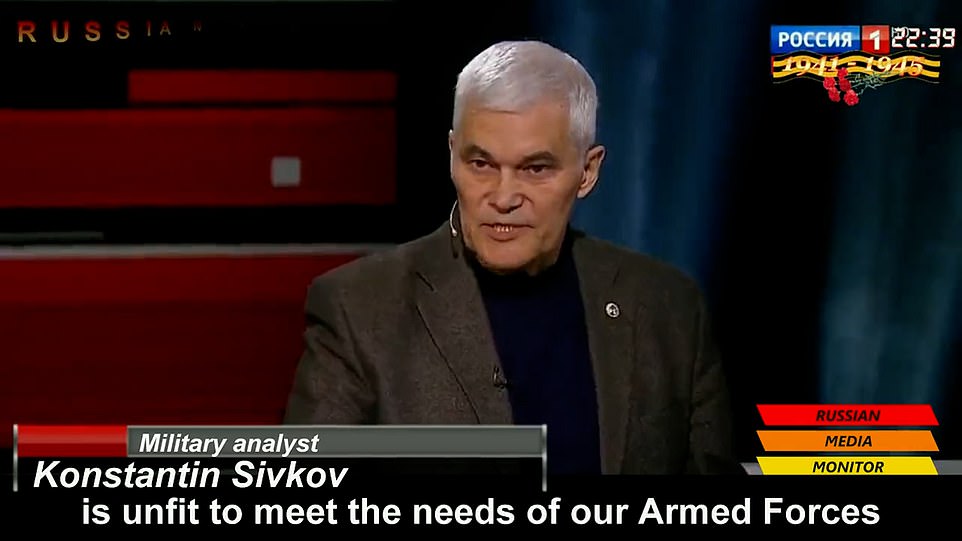 But, more than two months into what was supposed to be a days-long ‘special military operation’ to overthrow the Ukrainian government, even Putin’s stooges appear to be running out of excuses for the lack of progress.

An attack on Kyiv had to be abandoned after Russia’s forces stalled, Mariupol remains unconquered despite a siege lasting weeks, there have been no major gains in the Donbas and no move out of Kherson towards Mykolaiv or Odesa despite Putin’s generals saying that the capture of the Black Sea coast was one of their main objectives.

In fact, the majority of territorial gains in the last week have been made by Ukrainian forces counter-attacking out of Kharkiv towards the Russian border – threatening supply lines into the Donbas. Strikes on Russian soil, believed to be from Ukraine, also hamper reinforcement efforts as do dozens of mysterious fires around the country.

On Monday, it was reported that Ukrainian forces had seized the towns of Rubizhne and Lyptsi to the north of Kharkiv, which would put them around 10 miles from the Russian border. Putin’s troops were said to be counter-attacking out of Belgorod, but it remained unclear how soon the reinforcements would arrive.

Meanwhile Russia continued inching forward out of Izyum – where the bulk of its forces are located – but failed to make major gains. Heavy fighting continues in the town of Lyman as Putin’s commanders push towards the Donets river, but it remains in Ukrainian hands.

Elsewhere, Ukraine repelled an attempted Russian crossing of the river at Bilohorivka by destroying a pontoon bridge and taking out several Russian armoured vehicles in the process.

US officials said last night that the Russian effort in the Donbas hasn’t achieved any significant progress in recent days and continues to face stiff resistance from Ukrainian forces.

A senior US official also said on Monday that some Russian officers are even disobeying military orders. 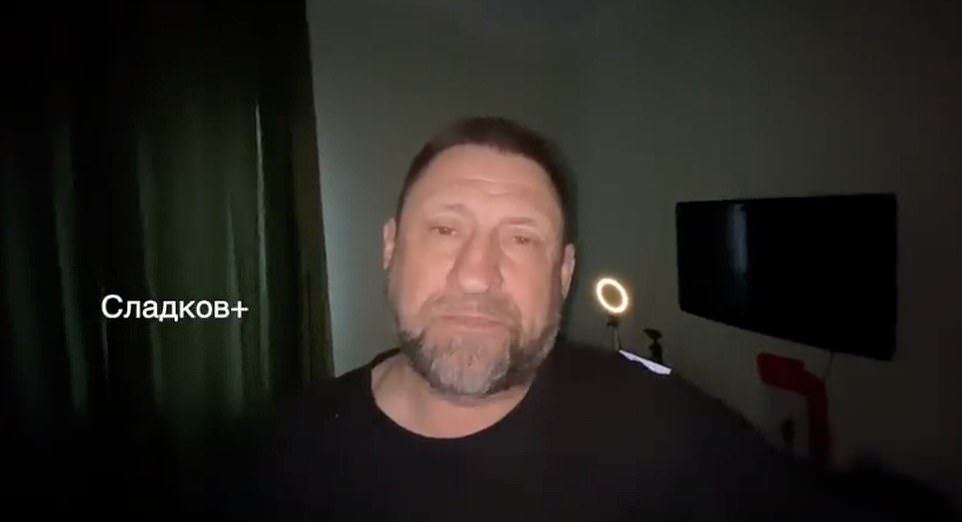 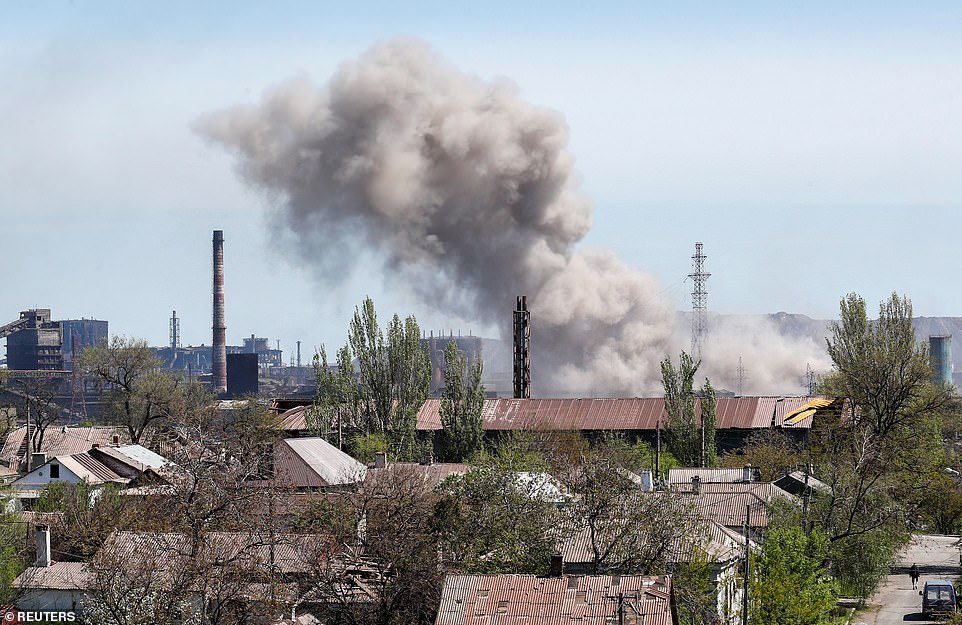 A view shows an explosion at a plant of Azovstal Iron and Steel Works during Ukraine-Russia conflict in the southern port city of Mariupol, Ukraine May 8, 2022 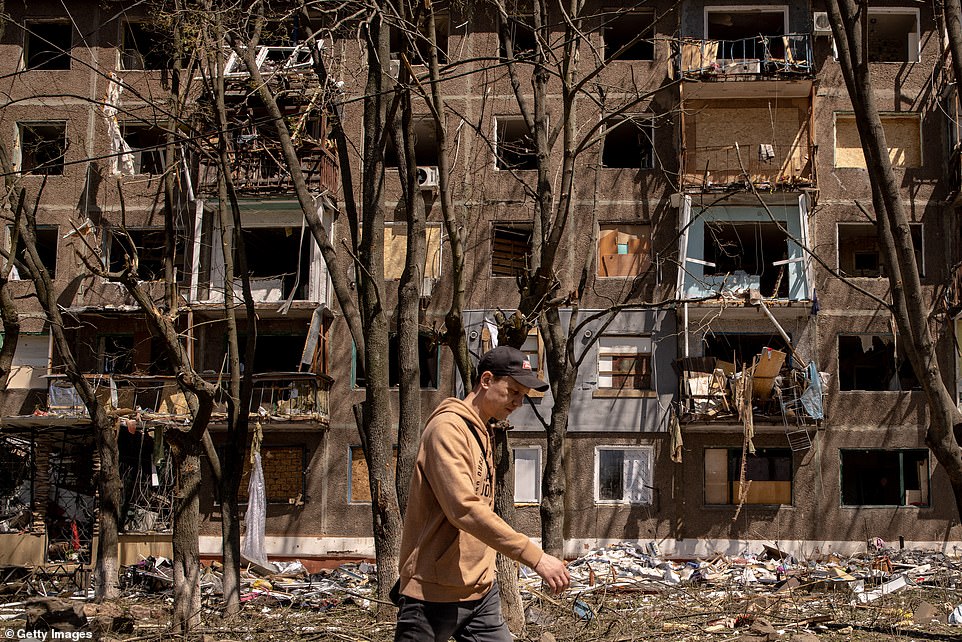 A man walks past a residential apartment block damaged one day before by a Russian missile strike on May 06, 2022 in Kramatorsk, eastern Ukraine

That is perhaps what prompted Sladkov to take to social media, where he decried the ‘scumbags from the Ukrainian armed forces,’ who he claimed were responsible for shelling the Leninskiy district in Donetsk – where he was recording the video.

The shelling killed a woman and a 16-year-old boy, he claimed. ‘You know why [these attacks] are happening?’ he asked rhetorically.

‘We can’t push out Ukrainian forces from the city. We can’t push them out. Because… I don’t know. We shouldn’t criticise but… we are assaulting with one to one ratio, their villages and their strongpoints… one to one.’

He continued: We are making a feat out of something that should be routine. You see? Their forces keep coming, we can’t close the sailient (a military term that can also be called a bulge into military territory).

‘I understand it’s difficult to talk about this, but at least some fool needs to announce it! Even if today. Even if it’s me.’

It was unclear whether Sladkov was saying Ukrainian or Russian forces had made a salient into the other’s territory, but by saying ‘we can’t close the the sailient’, it suggested Russian forces had been unable to encircle Kyiv’s troops.

He said that despite Russia’s lack of progress, morale was ‘not decreasing’, before accidentally calling Moscow’s attack on Ukraine a war – quickly correcting himself to the Kremlin’s official ‘special operation’ line.

‘The morale is not decreasing, it’s positive, no, we’re ready to fight! We’re going forward, assaulting, even those who to say it softly we’re quite undecisive at this war… em… special operation. Shamefully undecisive. 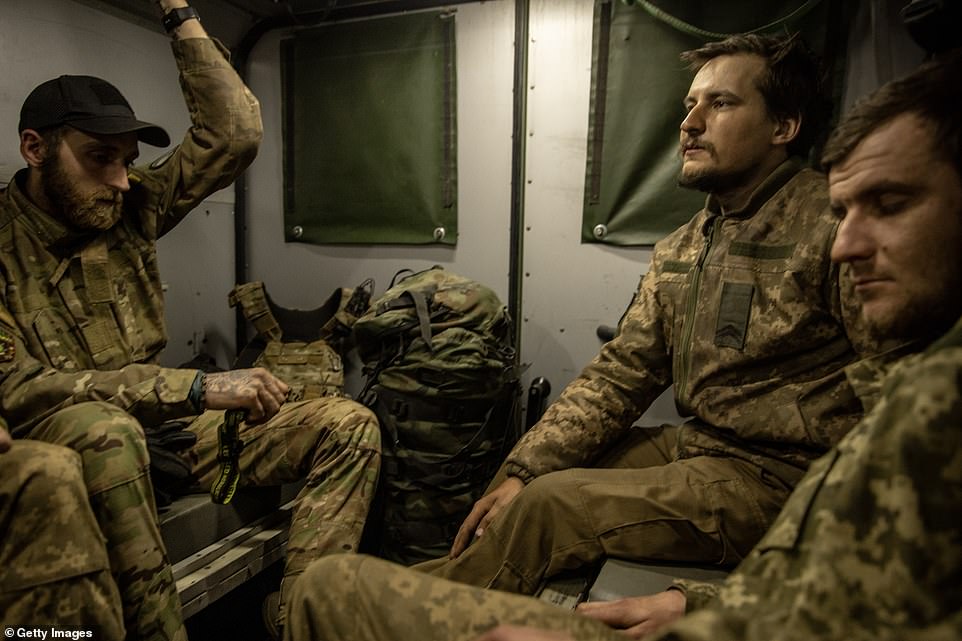 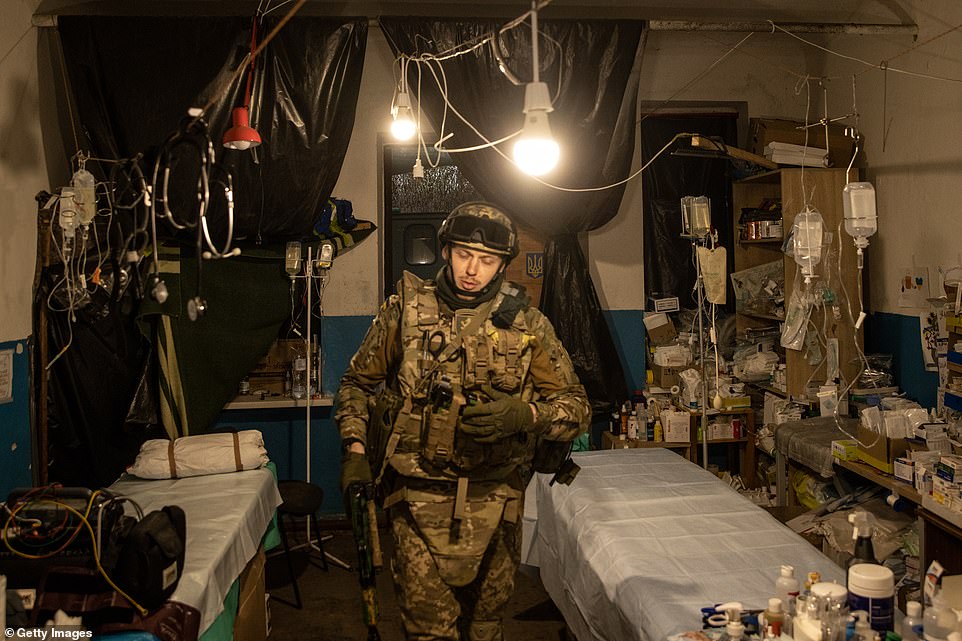 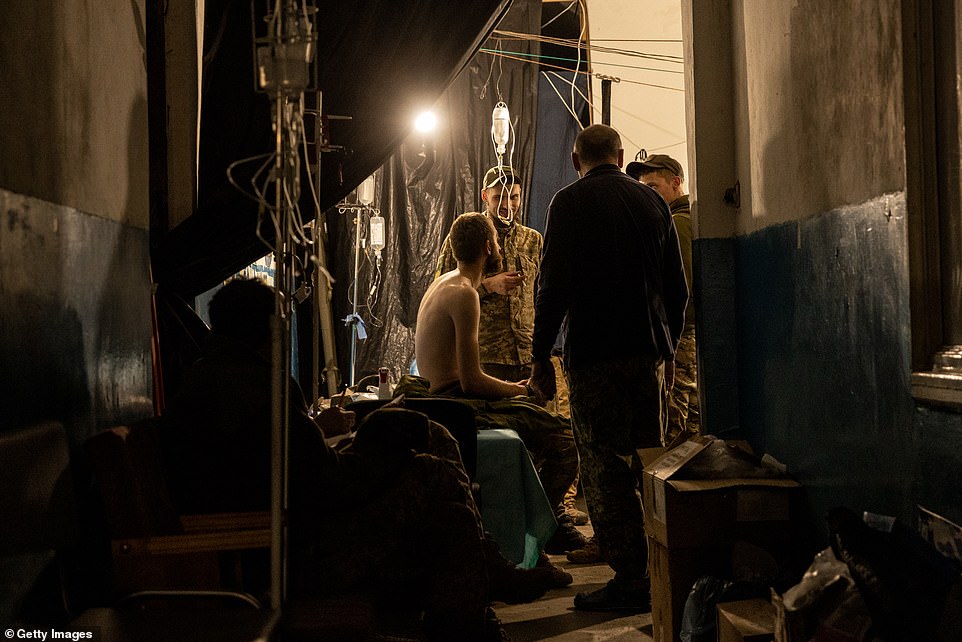 ‘Even they are moving forward, they start feeling that [they] can win, but… I don’t know what sort of sportlike approach this is when this proportion is being held – god forbid more troops would fall onto the enemy! They killed a woman, and a 16-year old boy. That’s how it is,’ he said, finishing the video.

Due to Putin’s authoritarianism, it is rare to see pro-Kremlin figures speaking negatively about Russia’s shortcomings, particularly since the Russian president launched his invasion on February 24.

It has been widely reported that Putin was expecting his forces to rapidly advance across Ukraine and overthrow the country’s elected government within days.

Instead, his forces have been drawn into a protracted conflict – which is showing no signs of abating. Ukraine is being supplied by its Western allies, and intelligence updates have suggested Moscow’s armies are running low on equipment.

After unexpectedly fierce resistance forced the Kremlin to abandon its effort to storm Kyiv over a month ago, Moscow’s forces have concentrated on capturing the Donbas, Ukraine’s eastern industrial region.

But the fighting there has been a back-and-forth, village-by-village slog.

Russia has about 97 battalion tactical groups in Ukraine, largely in the east and the south, a slight increase over last week, according to a senior U.S. official, speaking on condition of anonymity to discuss the Pentagon’s assessment.

Each unit has roughly 1,000 troops, according to the Pentagon.

The official said that overall, the Russian effort in the Donbas hasn’t achieved any significant progress in recent days and continues to face stiff resistance from Ukrainian forces.