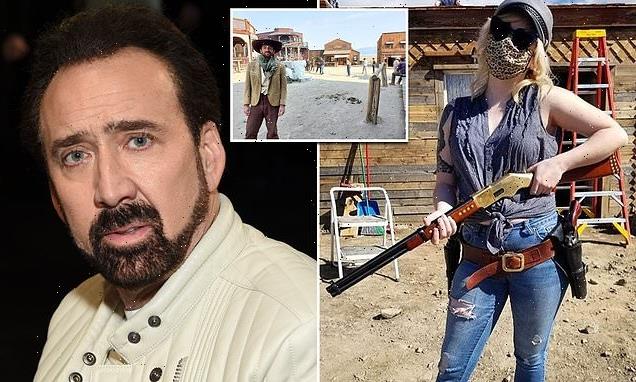 Rookie armorer Hannah Gutierrez-Reed, who loaded the gun that killed cinematographer Halyna Hutchins while being handled by Alec Baldwin, was the subject of numerous complaints on her last movie.

Gutierrez-Reed, 24, upset crew members and star Nicolas Cage with her ‘dangerous’ gun handling on the set of The Old Way, just two months before Rust.

Stu Brumbaugh, the key grip on The Old Way, told TheWrap that the young armorer failed to abide by basic gun safety protocols.

He said that after Gutierrez-Reed discharged a weapon for the second time in three days without warning, Cage yelled: ‘Make an announcement, you just blew my f**king eardrums out!’ before reportedly storming off set.

Brumbaugh said he told the assistant director on the Montana set that Gutierrez-Reed needed to be fired: ‘After the second round I was pissed off. We were moving too fast. She’s a rookie.’

Hannah Gutierrez-Reed was the subject of numerous complaints while working as the armorer on The Old Way, just months before the deadly incident on the set of Rust 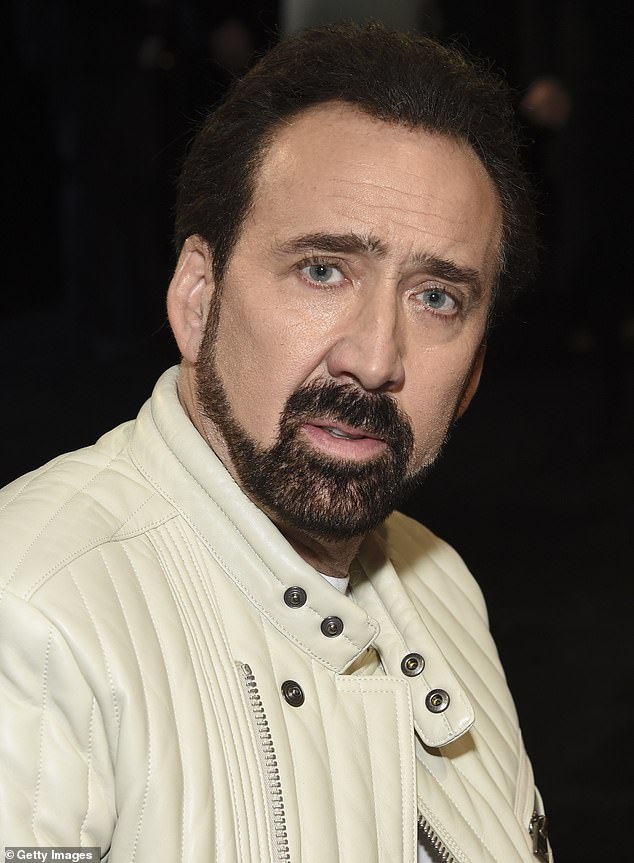 Nicolas Cage reportedly yelled at her after she fired a gun without warning for the second time on set of The Old Way: ‘You just blew my f**king eardrums out!’ 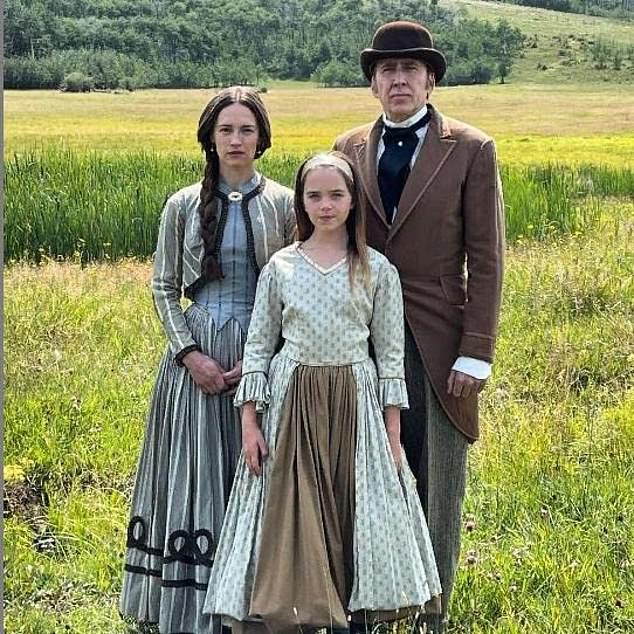 A crew member from The Old Way claimed that he told superiors that Gutierrez-Reed should have been fired after failing to adhere by basic gun safety protocols (Pictured: Kerry Knuppe, Ryan Kiera Armstrong, and Nicolas cage in The Old Way)

After raising his concerns to his superiors, he learned that The Old Way was the young woman’s very first movie.

A producer for The Old Way denied Brumbaugh’s claims: ‘I have no such recollection of this event on our set. I asked my partners the same.’ They said: ‘The details on some of these accounts specifically when it pertains to The Old Way have been blown out of proportion.’

But Brumbaugh and another source who was on the set claimed that Gutierrez-Reed: ‘put the cast and crew in several unnecessary and dangerous situations.’

Brumbaugh insisted that she broke safety protocols when she walked onto the set with live rounds of blanks without making an announcement to the cast and crew.

He claimed that she carried pistols under her arms and rifles in both hands which were ready to be used were pointed at people at times as she moved around on set.  And that she fired guns without warning twice.

The key grip points to low budgets as to why someone so inexperienced was put in such an important role. ‘The tragedy is it boils down to the producers,’ he said.

‘Been happening more and more. As producers refuse to bring more experienced people because their rates are higher, they demand we take our time and (producers) don’t want to pay it. So they hire a newbie who is energetic and wants the job and will do it with less people.’

He continued: ‘The problem is she didn’t have help. I would have had minimum two more people. She was doing everything by herself in that movie and on the other movie. If there was one more person in the other movie the tragedy wouldn’t have happened. Second person would have inspected to make sure barrels were clear.’

Brumbaugh explained that he understood how mistakes could be made: ‘You have an AD screaming at you…You’re 24 and energetic and don’t want to be yelled at. So you rush in and start arming people.’ 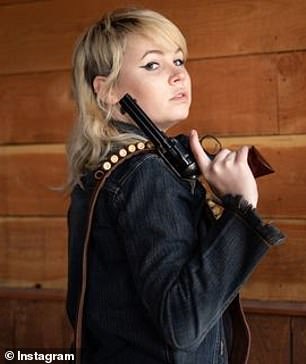 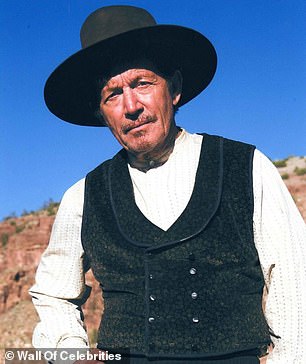 Gutierrez-Reed (left) admitted in a podcast interview she found loading blanks into a gun ‘the scariest’ thing because she did not know how to do it and had sought help from her father, legendary gunsmith Thell Reed, (right) to get over the fear 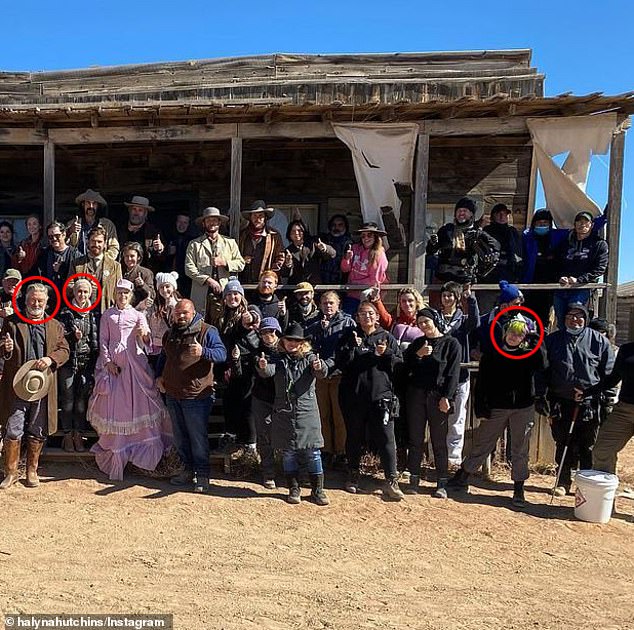 The source said: ‘She was a bit careless with the guns, waving it around every now and again. There were a couple times she was loading the blanks and doing it in a fashion that we thought was unsafe.’

The insider added that they had seen her loading a gun on pebble strewn ground,  which has the potential to be dangerous, before handing off the gun to Armstrong.

‘She was reloading the gun on the ground, where there were pebbles and stuff,’ the source said. ‘We didn’t see her check it, we didn’t know if something got in the barrel or not.’

Gutierrez-Reed herself admitted that she wasn’t sure she was ready for the job in an interview after filming for The Old Way wrapped.

‘It was also my first time being head armorer as well. You know, I was really nervous about it at first, and I almost didn’t take the job because I wasn’t sure if I was ready, but, doing it, like, it went really smoothly.’

She continued: ‘The best part about my job is just showing people who are normally kind of freaked out by guns how safe they can be and how they’re not really problematic unless put in the wrong hands.’ 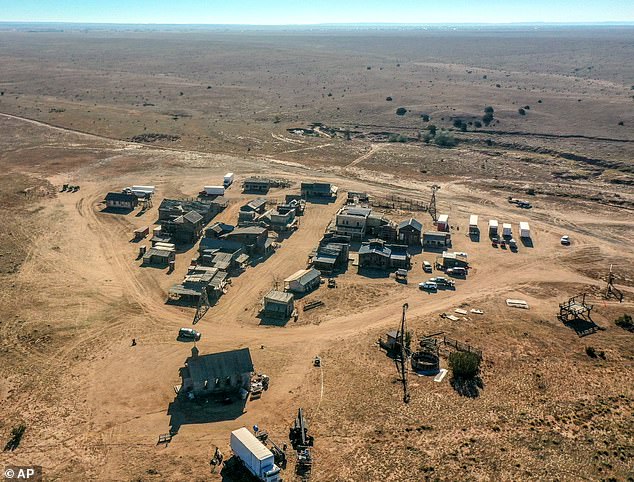 An aerial view of the Bonanza Creek Ranch in Santa Fe, where Rust was being filmed. Workers had been protesting over the fact production wouldn’t pay for them to stay in hotels and motels in Santa Fe, instead forcing them to drive an hour to Albuquerque 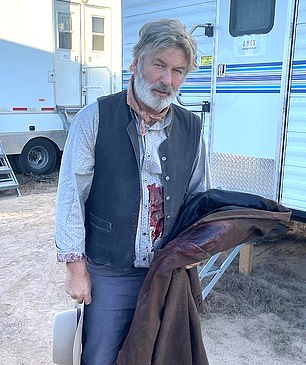 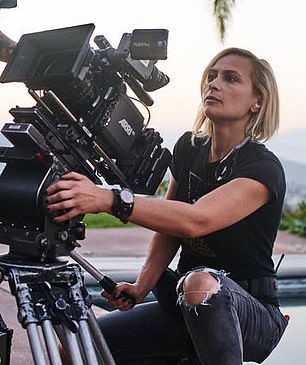 She also admitted in the podcast interview that she found loading blanks into a gun to be ‘the scariest’ thing because she did not know how to do it and had sought help from her father, legendary gunsmith Thell Reed, to get over the fear.

According to her LinkedIn page, she worked as a videographer at Synth Fire, a California-based news and media company, and as a documentary filmmaker for the City of Flagstaff in Arizona.

She worked as an armorer for Yellowstone film ranch between March and June 2021, but according to the page stopped working there three months before filming for Rust started in October.

Gutierrez-Reed had only recently left Northern Arizona university, where she studied creative media and film between 2017 and 2020.

She was spotted for the first time since the deadly incident outside her home in Bullhead City, Arizona.

On October 21, a female cinematographer was killed and the director was injured when assistant director Dave Halls handed Baldwin a prop gun that Gutierrez-Reed loaded with live ammunition.

In addition to the criminal probe, New Mexico’s Occupational Health and Safety Bureau is investigating Hutchins’ death, and could impose civil penalties even if no charges are brought in the case.

‘The state takes all workplace safety issues very seriously and will work diligently through our investigation of this tragic fatality.’