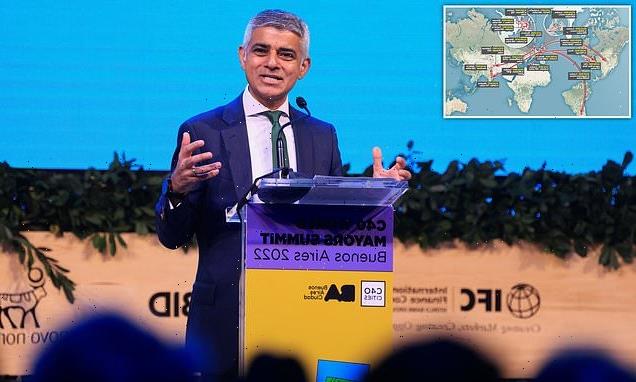 Sadiq Khan insists world leaders ‘meet words with deeds’ at climate change speech in Buenos Aires… after he and his team racked up 361,146 air miles lecturing the world on going GREEN

Mayor of London Sadiq Khan – who is under-fire for he and his team’s estimated 360,000 airmiles – has told eco-conference delegates to ‘redouble their efforts’.

Mayor Khan, 52, talking at the C40 World Mayors Summit in Buenos Aires told the audience more needed to be done.

Speaking at the conference, which is 7,000 miles away from London, he said: ‘There’s no good reason why the international community can’t keep the promise for 1.5 degrees to be alive.

‘And yet this crucial target hangs in the balance.

‘For all the progress our cities are making, too many national governments are still dragging their feet, refusing to commit to the policies, the regulation and clean energy investments that we know we need to do to avert catastrophic climate breakdown.

‘As Mayors of the world’s largest cities – and yes the world’s best city – we must redouble our efforts, meeting words with deeds for the sake of the most vulnerable.’ 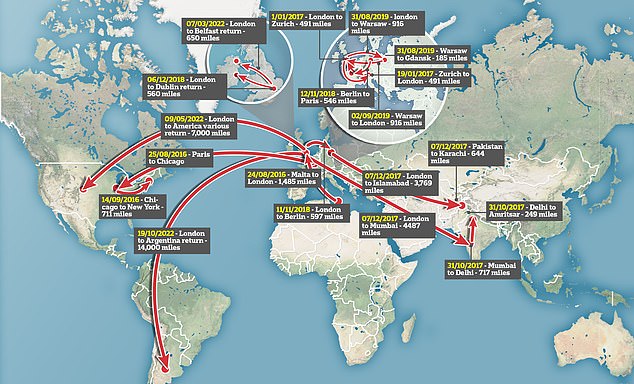 He went on to confuse delegates bizarrely claiming credit for the ousting of Liz Truss as PM.

He then paused for applause but was forced to shrug as only a handful of people clapped.

Mr Khan added: ‘I’ve heard the news that my political opponent, the Conservative Prime Minister of the UK, has resigned.

‘Had I know that organising this summit could lead to the resignation of the UK prime minister, I’d have organised this sooner.’

Ms Truss became the shortest serving Prime Minister in British history yesterday as she pulled the plug on a disastrous 44 days at the top.

Between her and her handpicked Chancellor Kwasi Kwarteng, they crashed the economy, devalued the pound and sent mortgage rates soaring. 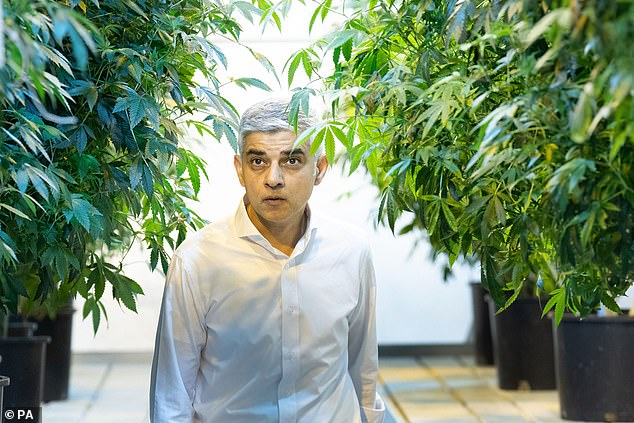 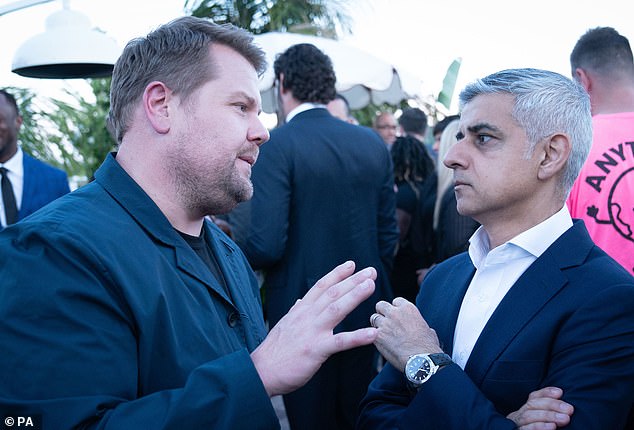 And in the end Mr Kwarteng’s left-field replacement Jeremy Hunt ripping up most of their mini-Budget policies showed her power had almost entirely evaporated.

Sadiq Khan and his team have come under fire this week over their flights since he took office.

They have flown the equivalent of 14 trips around the world –  despite urging people to be more green.

The London Mayor, his deputies and key officials, are said to have racked up 361,146 miles in journeys since he took office in May 2016.

The total is the same as jetting around the circumference of the world 14 times.

Mr Khan’s flights are detailed in his expenses, which can be viewed by the public.

Mr Khan has previously enjoyed over £17,000 of free hospitality tickets in just six months – including two sporting fixtures in the same day.

Sports-mad Mr Khan got 34 free tickets to some of the capital’s most prestigious events.

Most of those tickets, priced at some £791 each, were direct from UEFA.

He also took advantage of two money-can’t-buy, invite-only, seats in Wimbledon’s Royal Box, estimated to be worth £976.80.

And on one day, August 14 last year, Mr Khan used two £149 tickets to The Hundred cricket match at the Oval before watching AFC Wimbledon against Bolton Wanderers with a pair of £150 passes.