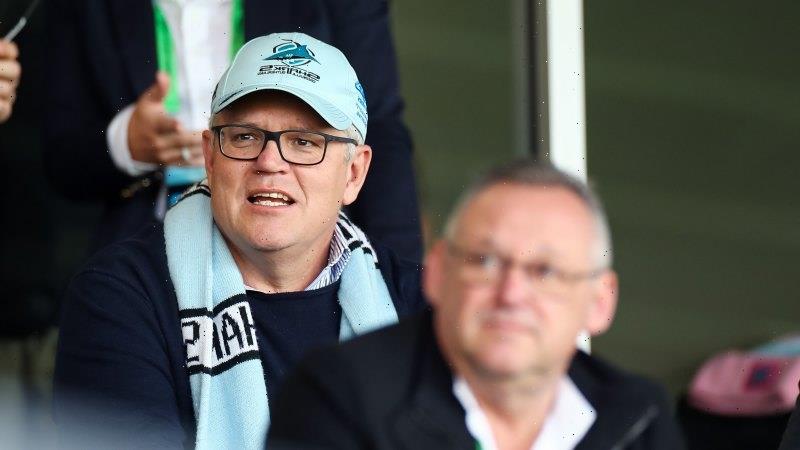 It has never been very clear, in political terms, what Scott Morrison believes. And so it was fascinating to watch him, in the early days of his prime ministership, work overtime to define himself. He did so not by stating beliefs, but by stressing certain traits: mostly, by talking about the Shire, where he lived, and about rugby league.

Politicians have always emphasised their hobbies in an effort to appear likeable. But this was a different technique entirely. Morrison was not telling us about his identity as a humanising addition to his beliefs and policies. He was telling us about his identity as a substitute for beliefs and policies. We knew he was a footy-loving bloke from the Shire, and that was enough. 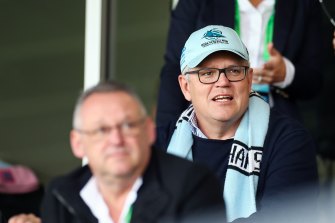 Many recent weeks in Australian politics have been focused on a single issue – sexism, or vaccines. Last week was different because it seemed diffuse. But curiously, these various events, apparently disconnected, told a similar story about our national identity.

Most prominent was the government’s decision to ban flights from India. This seemed briefly shocking. Our government decided that Australian citizens had to fend for themselves – a dramatic cleavage of citizens from what we had always thought of as the rights of citizenship. On Saturday, the government announced a further step: those who tried to get back from India anyway could face prison.

Why India? There are reasonable discussions to be had about safety and infection rates. But the government never banned flights from the United Kingdom or the United States – where, at times, the COVID infection rate per capita was comparable to India right now. The racial element here is hard to ignore.

The other large political story of last week revolved around China. Slowly, the government appears to be adopting a more hawkish stance. This is a more complicated matter still: China is a genocidal authoritarian state, and the government is right not to coddle it. But it has felt disturbing, at times, how easily the government has slipped into its new role as antagonist. And it has gone further at times, as when Liberal senators asked Chinese Australians to publicly condemn the Chinese Communist Party. 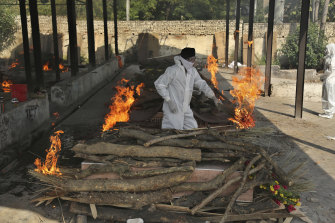 A family member performs the last rites of a COVID-19 victim at a crematorium in Jammu, India.Credit:AP

Finally, there are the events that should receive more attention. Last Sunday the nation paused for Anzac Day, on which we remember fallen soldiers. Most services, though, continue to ignore the Frontier Wars, and the Indigenous people who died fighting for their land. And last week saw the seventh death in custody of an Indigenous person in two months. As death follows death, in this 30th year since the royal commission, where is the sense of national emergency? Why the resistance to the Uluru Statement from the Heart?

I was shocked, initially, by the announcement of the India flight ban. But once the government announced the accompanying prison terms, the shock, for me, wore off. What had seemed odd was made suddenly familiar. Banning citizens from returning to Australia sounded new – but imprisoning desperate people for years at a time for the supposed crime of fleeing desperate circumstances? That is the oldest trick in the Australian political playbook. It is, of course, the mainstay of our refugee policy.

All of these stories are about borders and communities, of one sort or another. Scott Morrison’s mentor, John Howard, said that our refugee policy is about deciding who comes to this country and the circumstances in which they come. The task Morrison’s government too often appears engaged in is broader, but similar: deciding who counts as ‘Australian’, and the circumstances in which our government will accept them as such. 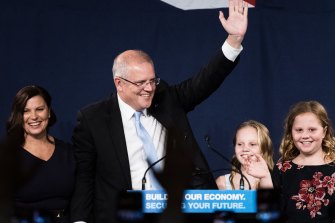 Scott Morrison with his family, claiming victory in the 2019 election.Credit: James Brickwood

In two recent speeches, Scott Morrison has attacked identity politics. This is an audacious move from a politician who fought an election not on beliefs, but on who he was. No politician in Australia has wielded their identity as effectively as Morrison has.

But he could not do this so effectively without support. What was just as interesting to watch, at the start of Morrison’s prime ministership, was the readiness with which large sections of the media – and perhaps large sections of Australia – read his set of traits as proof he was an ‘everyman’. He was, we were told, a perfect representative of middle Australia. He was ordinary, just like you and me. A middle-aged white man with two daughters living in the Shire and loving rugby league – this, we were told, was Australia.

If there is a form of identity politics dividing this country, it is this: the idea that a white suburban bloke is a typical Australian, while the ‘Australianness’ of every other Australian is always doubtful, on the brink of being undermined. For many Australians, most of the time, such fears will seem abstract. The disregard our government showed this week for citizenship itself makes that danger concrete. Concern about it should unite us all.

Sean Kelly is a regular columnist.

Our Morning Edition newsletter is a curated guide to the most important and interesting stories, analysis and insights. Get it delivered to your inbox.