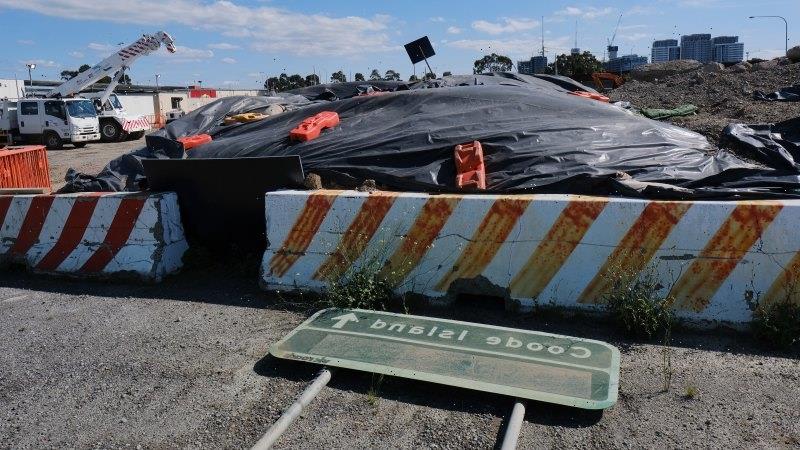 Two Victorian landfills have now been approved to receive contaminated soil being dug up to build the $6.7 billion West Gate Tunnel.

Bacchus Marsh landfill site Maddingley Brown Coal is the latest to be approved by the Environment Protection Authority to receive huge amounts of rock and soil from the controversial project, which is running at least two years late and estimated by Treasury to be $3 billion over budget. 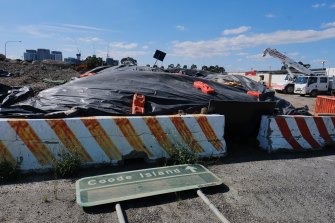 Changes to environmental regulations in Victoria will make it easier to dispose of PFAS-contaminated spoil from the West Gate Tunnel.Credit:Luis Enrique Ascui

It is the second landfill to receive approval by the Environment Protection Authority and Planning Minister Richard Wynne, after Hi-Quality in Bulla was given the tick of approval last month. A third landfill, Cleanaway Ravenhall, has received planning approvals, but is yet to have its plan ticked off by the EPA.

Tunnelling can only begin on Transurban’s new toll road once three landfills receive planning and environmental approvals and undergo major expansions of up to 300 hectares and upgrades, which is expected to take six months.

Digging on the project was supposed to start in September 2019 but has been held up by a major dispute over how to deal with 3 million tonnes of soil contaminated with potential carcinogens known as PFAS, which no Victorian landfill is licensed to take.

Hundreds of workers have lost their jobs on the project over the past two years, and its builders are taking Transurban to court in an attempt to rip up their contract and walk off the job. 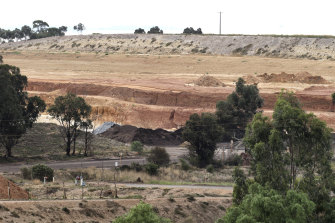 Maddingley Brown Coal landfill in Bacchus Marsh was one of the sites approved to take soil from the West Gate Tunnel.Credit:Luis Ascui

The project is now facing the prospect of further delays due to a string of separate court cases.

The City of Melton launched legal action in the Supreme Court in February against the state government’s approval of the soil being dumped in Ravenhall.

Moorabool Shire Council, along with the Moorabool Environment Group, is considering launching legal action against the EPA.

Said shire mayor Tom Sullivan: “Bacchus Marsh residents are angry about plans to store this spoil so close to schools and market gardens and it is extremely disappointing that neither the Minister for Planning nor the EPA have properly consulted them about this.”

The Moorabool Environment Group has launched its own legal proceedings in the Supreme Court against Mr Wynne’s approval for Bacchus Marsh.

The latest approval comes months after the EPA quashed the approvals it granted to all three landfills late last year due to a legal error, which the agency admitted to making only after it was sued by Bacchus Marsh Grammar school and the Moorabool Environment Group.

The group’s president, Jodie Valpied, said it would now consider all options in response to the EPA’s approval of Maddingley to receive PFAS-contaminated spoil in paddocks next to homes, a school, a waterway, and Bacchus Marsh’s highly productive food bowl. The area is also home to endangered species.

“Transurban and the Victorian government are delaying the West Gate Tunnel project further by pursuing disposal options that contradict best practice and fly in the face of current scientific evidence,” Dr Valpied said.

An EPA spokesman said while the approvals had now been given, it was still up to the West Gate Tunnel project to decide where the soil would be sent.

“EPA will continue to monitor the treatment and containment of this type of spoil to ensure that it meets critical public health and environmental standards to keep Victorians safe.”

A government spokesman said the EPA’s “approval sets strict requirements to protect the environment and the health of the community that these sites would have to meet if they are selected to take tunnel soil from the project”.

At the end of each day, we’ll send you the most important breaking news headlines, evening entertainment ideas and a long read to enjoy.  Sign up here.