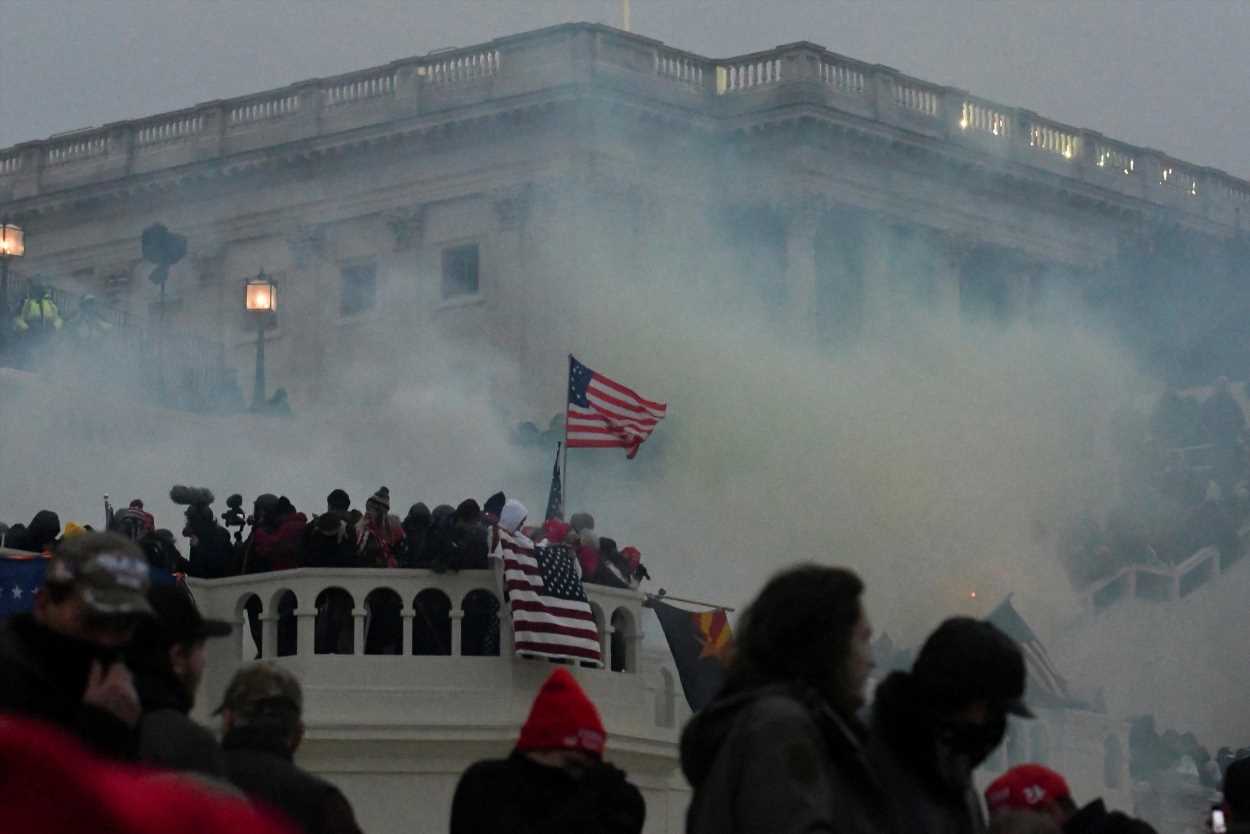 The Senate vote was 54-35 — short of the 60 votes needed to consider a House-passed bill that would have formed a 10-member commission evenly split between the two parties. 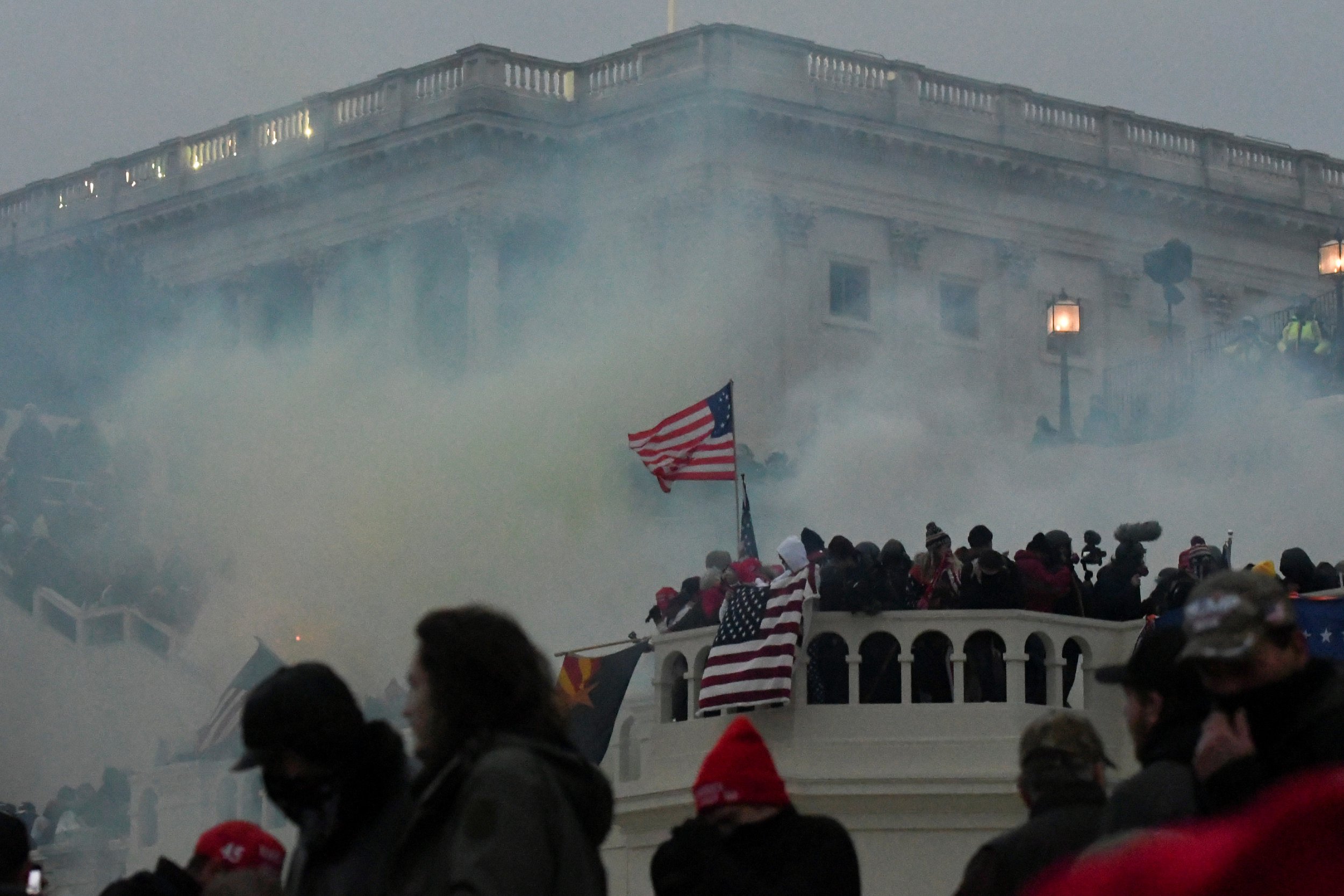 The vote was another sign of GOP fealty to former President Donald Trump and an overtly political effort to shift the focus off of the violent insurrection of his supporters.

Though the Jan. 6 commission bill passed the House earlier this month with the support of almost three dozen Republicans, GOP senators said they believe the commission would eventually be used against them politically.

Trump, who still has a firm hold on the party, has called it a “Democrat trap.”

The vote is emblematic of the profound mistrust between the two parties since the siege, especially among Republicans, as some in the party have downplayed the violence and defended the rioters who supported Trump and his false insistence that the election was stolen from him.

Four people died in the riot, and a police officer collapsed and died afterward of what authorities said were natural causes.

Two police officers took their own lives in the days after the riots.

The vote is emblematic of the profound mistrust between the two parties since the siege, which has sowed deeper divisions on Capitol Hill even though lawmakers in the two parties fled together from the rioters that day.

The events of January 6 have become an increasingly fraught topic among Republicans as some in the party have downplayed the violence and defended the rioters who supported Trump and his false insistence that the election was stolen from him.

While initially saying he was open to the idea of the commission, which would be modeled after an investigation of the 9/11 terrorist attacks, Senate Republican leader Mitch McConnell turned firmly against it in recent days.

He has said he believes the panel’s investigation would be partisan despite the even split among party members.

McConnell, who once said Trump was responsible for provoking the mob attack on the Capitol, said of Democrats, "They’d like to continue to litigate the former president, into the future."

Still, a handful of Republicans — if not enough to save it — were expected to vote to move forward with the bill. Alaska Sen. Lisa Murkowski has said she will support the legislation because she needs to know more about what happened that day and why.

“Truth is hard stuff, but we’ve got a responsibility to it,” she told reporters Thursday evening. “We just can’t pretend that nothing bad happened, or that people just got too excitable. Something bad happened. And it’s important to lay that out.”

Of her colleagues opposing the commission, Murkowski said some are concerned that “we don’t want to rock the boat.”

GOP opposition to the bipartisan panel has revived Democratic pressure to do away with the filibuster, a time-honored Senate tradition that requires a vote by 60 of the 100 senators to cut off debate and advance a bill. With the Senate evenly split 50-50, Democrats need support of 10 Republicans to move to the commission bill.

The Republicans’ political arguments over the violent siege — which is still raw for many in the Capitol, almost five months later — have frustrated not only Democrats but also those who fought off the rioters.

Michael Fanone, a Metropolitan Police Department officer who responded to the attack, said between meetings with Republican senators that a commission is “necessary for us to heal as a nation from the trauma that we all experienced that day.” Fanone has described being dragged down the Capitol steps by rioters who shocked him with a stun gun and beat him.

Sandra Garza, the partner of Capitol Police Officer Brian Sicknick, who collapsed and died after battling the rioters, said of the Republican senators, “You know they are here today and with their families and comfortable because of the actions of law enforcement that day.”

“So I don’t understand why they would resist getting to the bottom of what happened that day and fully understanding how to prevent it. Just boggles my mind,” she said.

Video of the rioting shows two men spraying Sicknick and another officer with a chemical, but the Washington medical examiner said he suffered a stroke and died from natural causes.

Garza attended the meetings with Sicknick’s mother, Gladys Sicknick. In a statement Wednesday, Mrs. Sicknick suggested the opponents of the commission “visit my son’s grave in Arlington National Cemetery and, while there, think about what their hurtful decisions will do to those officers who will be there for them going forward.”

Dozens of other police officers were injured as the rioters pushed past them, breaking through windows and doors and hunting for lawmakers. The protesters constructed a mock gallows in front of the Capitol and called for the hanging of Vice President Mike Pence, who was overseeing the certification of the presidential vote. Four protesters died, including a woman who was shot and killed by police as she tried to break into the House chamber with lawmakers still inside.

Many Democrats are warning that if Republicans are willing to use the filibuster to stop an arguably popular measure, it shows the limits of trying to broker compromises, particularly on bills related to election reforms or other aspects of the Democrats’ agenda.

For now, though, Democrats don’t have the votes to change the rule. West Virginia Sen. Joe Manchin and Arizona Sen. Kyrsten Sinema, both moderate Democrats, have said they want to preserve the filibuster.

Biden, asked about the commission at a stop in Cleveland, said Thursday, “I can’t imagine anyone voting against” it.

Republican Texas Sen. John Cornyn, who once supported the idea of the commission, said he now believes Democrats are trying to use it as a political tool.

“I don’t think this is the only way to get to the bottom of what happened,” Cornyn said, noting that Senate committees are also looking at the siege.