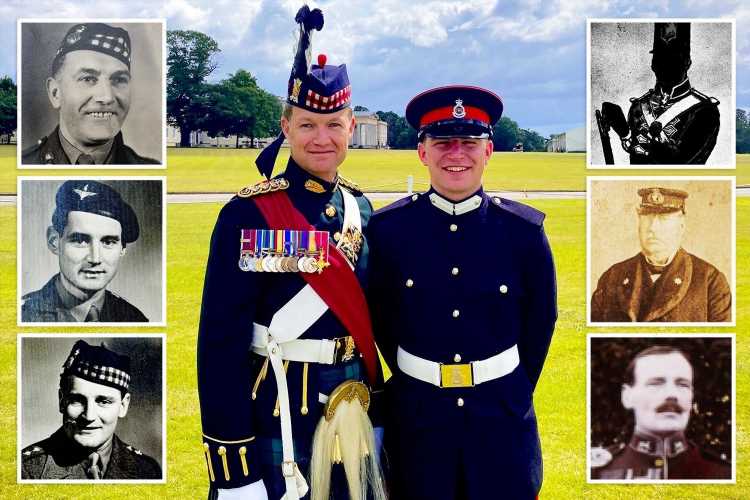 AS a proud military man, Brigadier Stephen Cartwright can be forgiven for being a little teary-eyed as his son Alexander passed out from Sandhurst.

For not only was Alexander following in his footsteps, but those of an unbroken bloodline of military service stretching back a record seven generations to the Battle of Waterloo. 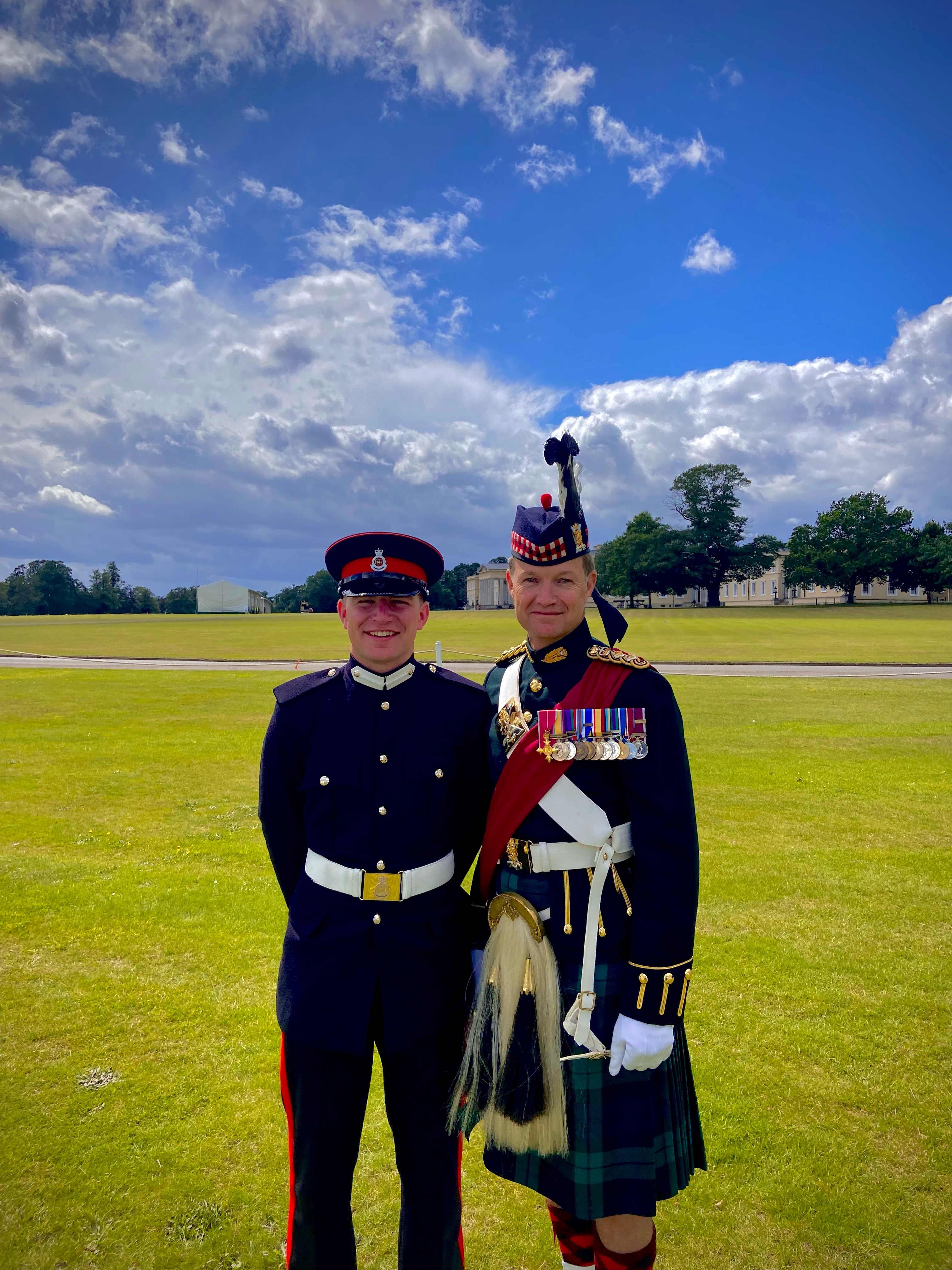 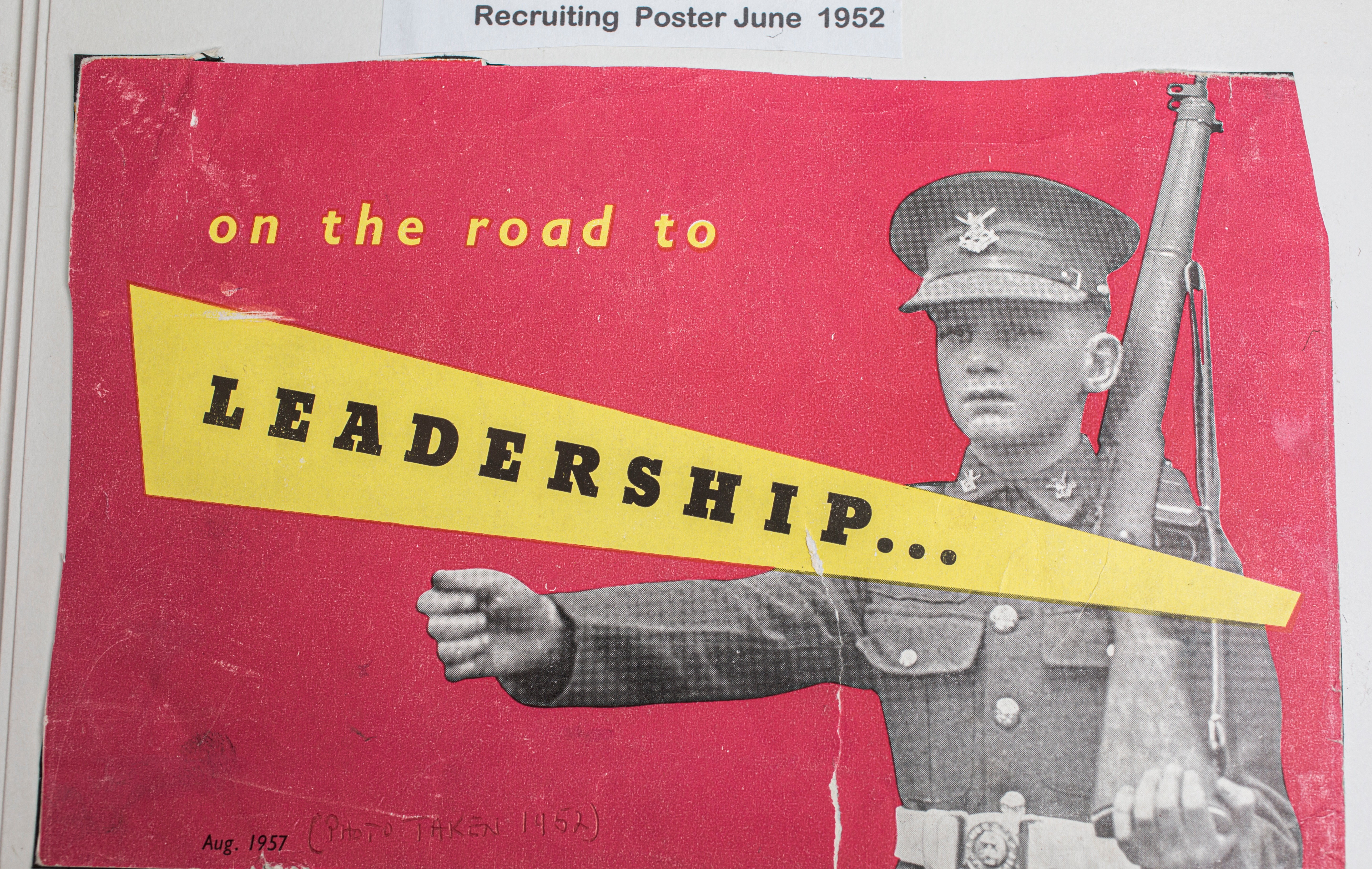 Over the past 222 years the Cartwright/Stewart family have served on the battlefields of Crimea, the Great War, at Dunkirk and, more recently, Afghanistan.

Dad-of-four Stephen, 53, who commanded 3 Scots in Afghanistan, told The Sun: “When Alexander marched up the steps of Old ­College at Sandhurst it was pretty special.

“I’d be lying if I said there wasn’t a tear in my eye. It marked 222 years of ­military service for our family.”

Second Lieutenant Alexander James Stewart Cartwright, 24, who passed out from Sandhurst in August, follows in a military lineage stretching back to his great-great-great-great-grandfather Serjeant Donald Stewart, who fought at Waterloo.

Alexander, commissioned into the Royal Regiment of Scotland’s 2nd Battalion, said: “I am proud to follow in the footsteps of many Cartwrights and Stewarts, and I hope I can do my forefathers proud while also making my own journey in the Army.

“I am really looking forward to going on operations and playing my part.”

All seven generations served with Scottish regiments — today all amalgamated in the Royal Regimiaent of Scotland — and fought in most major conflicts involving British forces in the past two centuries. And all were ­soldiers with the “poor bloody ­infantry”.

They fought against Napoleon, Tsar Nicholas I, German Kaiser Wilhelm II, Adolf Hitler and the Taliban.

The Cartwright/Stewarts’ two centuries ­serving their King or Queen and Country has not passed without the ultimate sacrifice.

The family’s military history begins in 1799 when Scotsman Donald Stewart joined the 72nd Regiment of Foot. Born in Caithness in north east Scotland in 1769, he fought at Waterloo where Napoleon Bonaparte’s forces were defeated in 1815.

Stephen explained: “Donald is the only one of the seven generations of whom we don’t have a photo. There’s no oil painting of him either.

“We come from very humble stock. I don’t think sergeants were able to afford an oil painting to hang in the ancestral home.”

Donald’s son — also called Donald Stewart — was born in 1827 and joined the 8th ­Gordons, fighting Russian Emperor Nicholas I’s forces in the Crimean War between 1853 and 1855. He was Alexander’s great- great-great-grandfather.

It was at Crimea’s Battle of Balaclava in 1854 that Times correspondent William ­Howard Russell described a two-deep line of red-uniformed 93rd Highlanders repelling Russian cavalry as a “thin red streak topped with steel”.

The phrase later became the Thin Red Line — a symbol of British composure in battle.

After serving in the East Indies and South Africa, Peter retired from the Army in 1912. Then when World War One erupted in 1914 he re-enlisted with the 8th Service ­Battalion of the Gordon Highlanders.

In 1915 he fought in the Battle of Loos — at the time the British Army’s largest offensive in the Great War and its first use of gas on the battlefield.

Earlier in the conflict, Britain had condemned Germany’s use of gas on the Western Front. But at Loos — desperate for a breakthrough in the trench warfare stalemate — the British released chlorine gas an hour before an infantry attack on September 25.

Disastrously, the weather saw the gas blow back into the British trenches and linger in no-man’s land.

Second Lieutenant George Grossmith, 3rd Battalion The Leicestershire Regiment, wrote to his fiancée: “The gas hung in a thick pall over everything, and it was impossible to see more than ten yards. In vain I looked for my landmarks in the German line, to guide me to the right spot, but I could not see through the gas.”

Advancing over open fields, within range of German machine guns and artillery, the ­British infantry were easy targets. The British suffered more than 50,000 ­casualties at Loos, almost double the number of German losses. Among those killed in action on the first day of the battle was Peter Baxter Stewart. He was 42.

The family’s military service to the nation carried on into its fourth generation.

Alexander’s great-grandfather Major Francis Ernest Hadgraft Cartwright also served in the Great War. At the outbreak of World War Two he was commissioned into the Royal Scots Fusiliers and was sent to France with the British Expeditionary Force (BEF) in 1939 to attempt to halt Adolf Hitler’s Panzer divisions.

Hemmed in by German forces on the French coast, the BEF were evacuated by a flotilla of ships sent from Britain to Dunkirk. Major ­Cartwright would later be awarded the MBE.

The bulk of the BEF made it back to ­Britain but 68,000 soldiers were lost during the French campaign. Major Cartwright would later join Field Marshal Bernard “Monty” Montgomery’s North West Europe campaign of 1944/45 as Nazi ­Germany capitulated. He retired in 1951.

The fifth generation of infantrymen is ­Lieutenant Colonel Ian Gordon Stewart ­Cartwright, who is still alive aged 84 and living in Lincolnshire.

Commissioned into the Royal Highland Fusiliers, he served from 1958 to 1990 in many different countries and conflicts, including Aden, now in Yemen, and in the Dhofar region of Oman. He was awarded an MBE. His brother, ­Lieutenant Frank Cartwright, was also commissioned into the Royal Highland Fusiliers, in 1945, before being seconded to Gurkha Regiment, North West frontier from 1945-1948.

In 1948, he left the Army and joined the 15th Parachute Regiment reserves. Alexander’s father Brigadier Stephen John Cartwright served with distinction in Bosnia, Kosovo and Afghanistan.

He served as Commanding Officer of The Black Watch, 3 Scots battle group in ­Helmand Province, while his brother Brigadier Paul Adrian Stewart Cartwright held the same position with the Royal Highland ­Fusiliers while fighting Saddam Hussein in the first Gulf War. Both were awarded OBEs.

In 2010, Stephen wrote: “We had an exciting role as the ‘flying squad’ of southern Afghanistan, heading out on 21 specific missions deep in Helmand and Kandahar.

Some operations lasted for 24 hours, others took a gruelling ten days with the constant threat of ­explosives, booby traps and gunfire.”

Today, Inverness-born Stephen, 53, says: “2009 and 2010 were the years the British Army suffered the most casualties in ­Afghanistan. I lost five in my battle group. I consider those I serve with as family and the last few months have brought Afghanistan back into our lives and memories.”

Stephen — currently leading a combined military and diplomatic team in Palestine — was awarded his OBE for outstanding leadership during operations in Helmand.

Alexander, born in Frimley, Surrey, passed out from Sandhurst in August.
Dad Stephen says: “It’s a very different Army today. This year it’s been building ­hospitals, driving and doing Covid tests. With soldiering, you never know what’s around the corner.”

The Ministry of Defence believes the Cartwright/Stewarts are the longest-serving family in the Army, though Stephen wonders if The Sun’s story may flush out similar ­lineages.

Stephen says of his family’s thin red line back to Waterloo: “None of us joined the Army to be wealthy. But they’ve looked after us extremely well.
“It’s in our blood. I’ve genuinely loved every minute of it.” 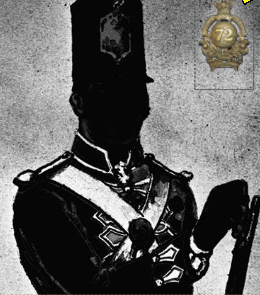 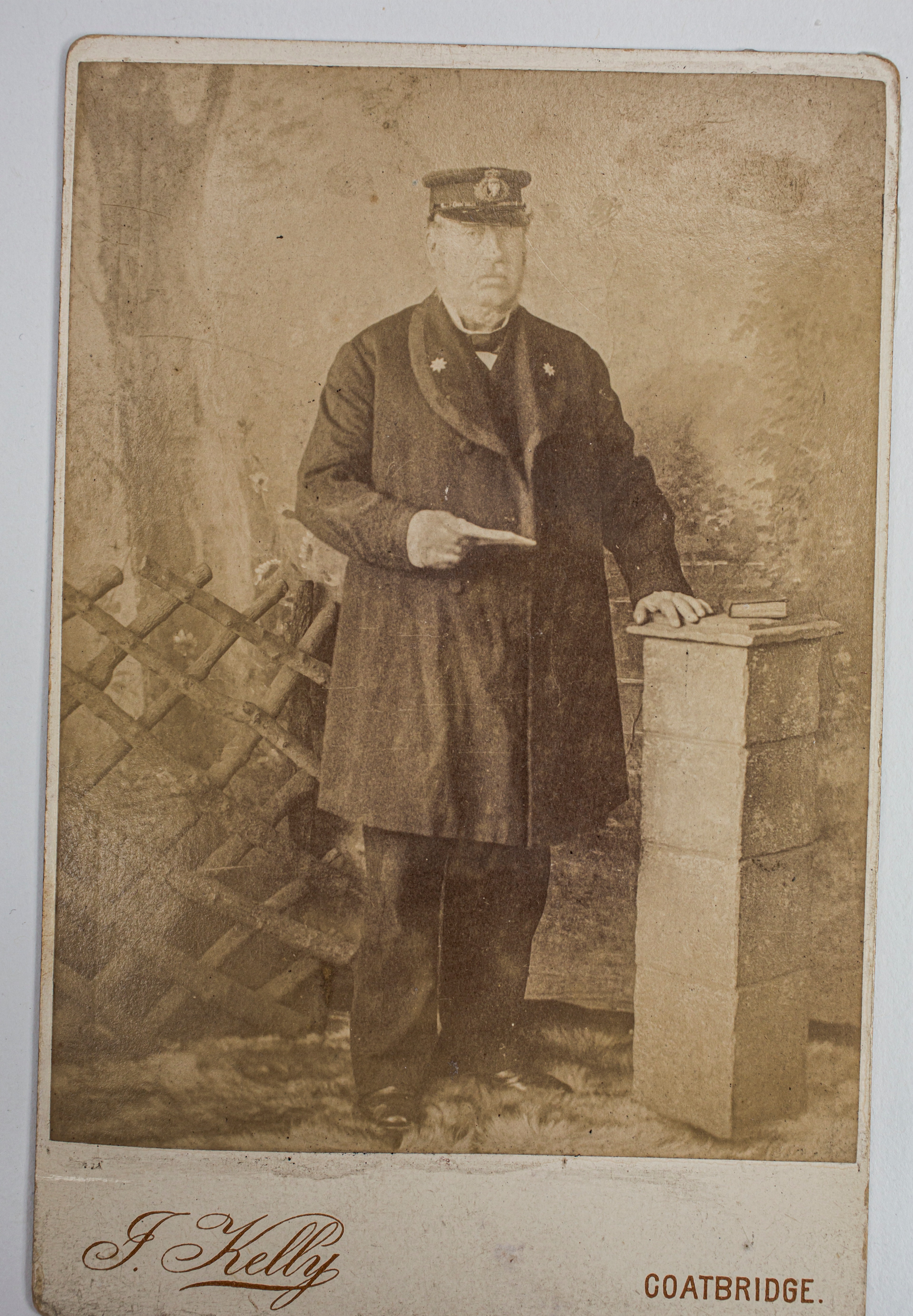 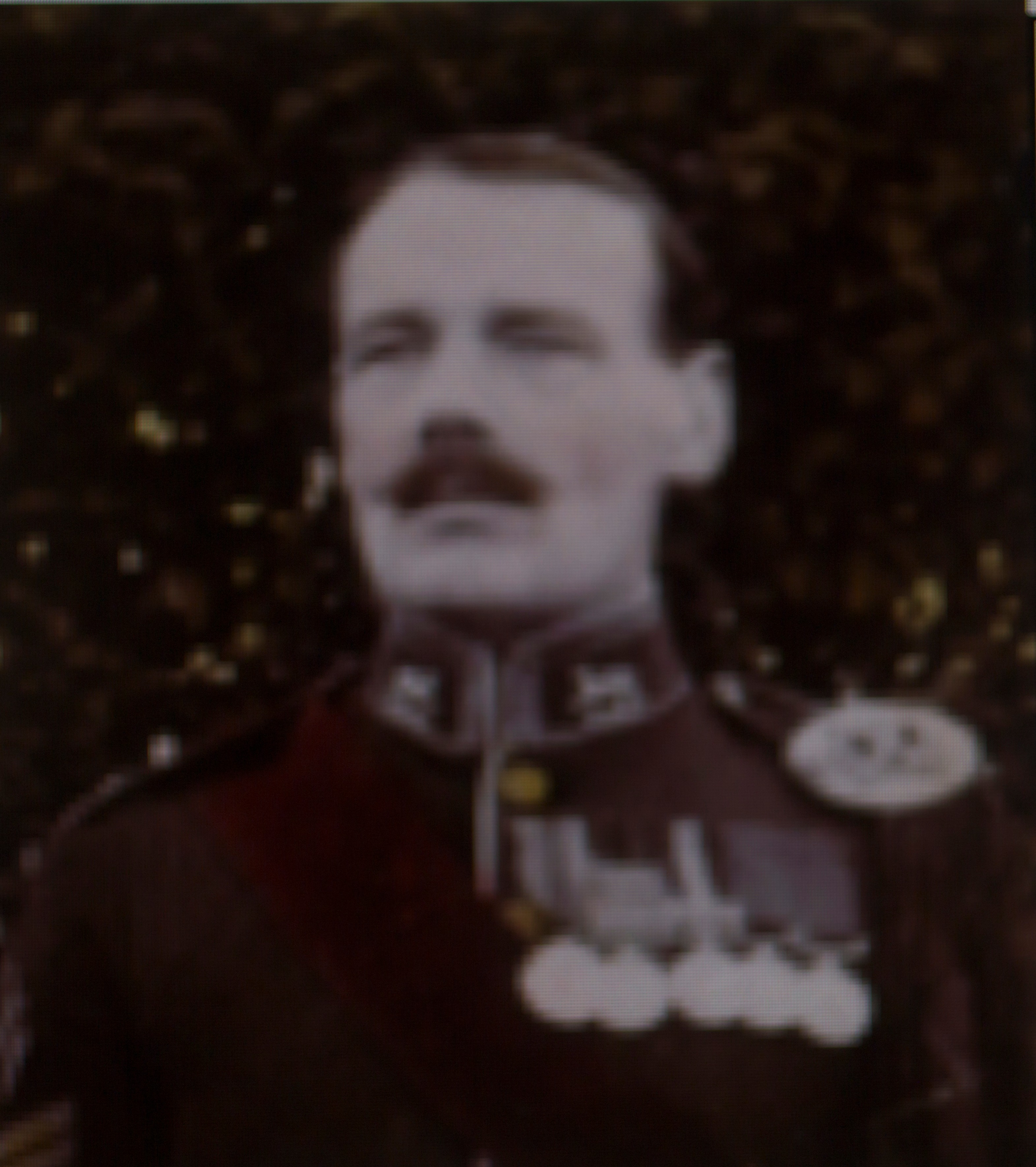 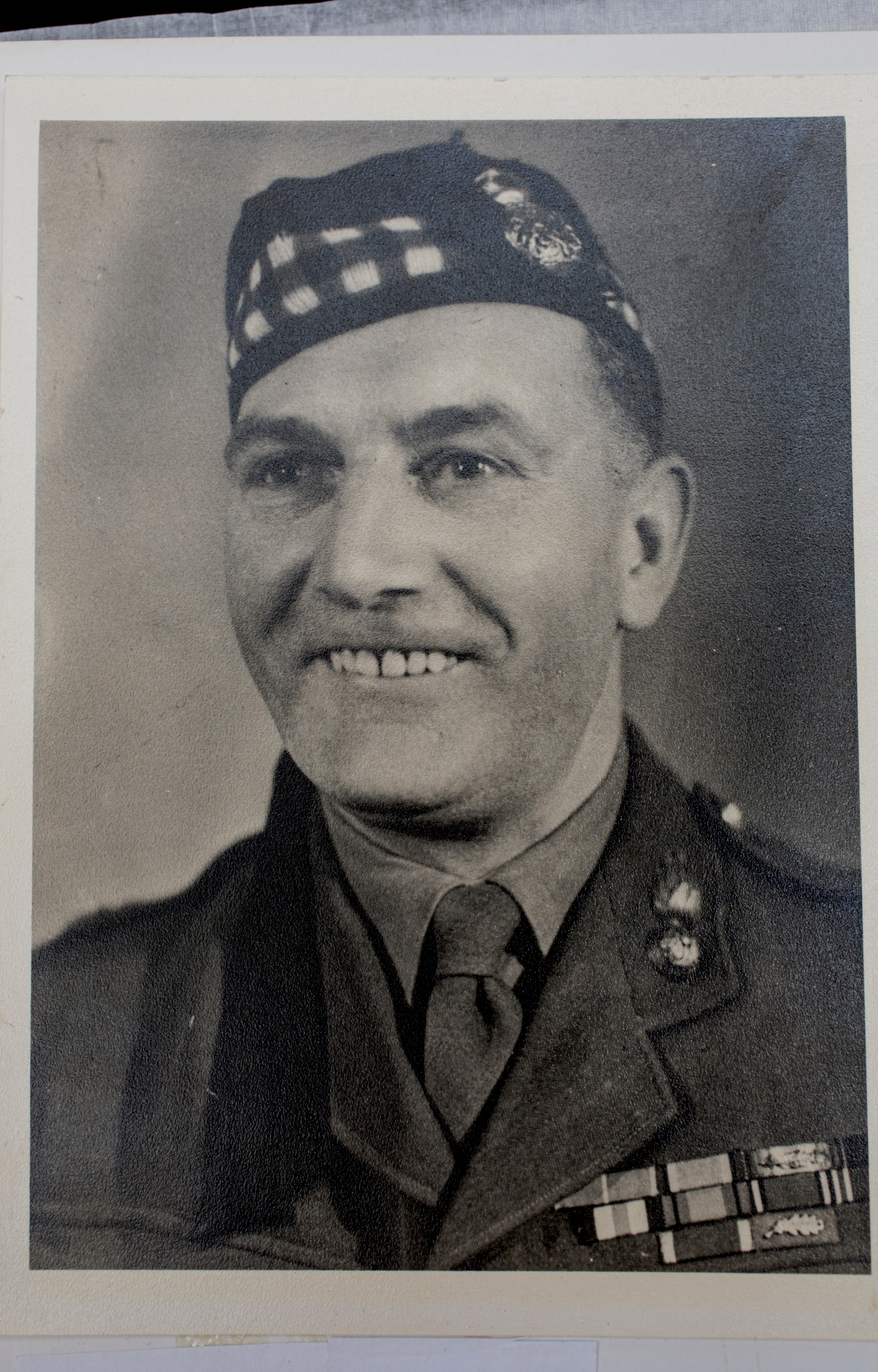 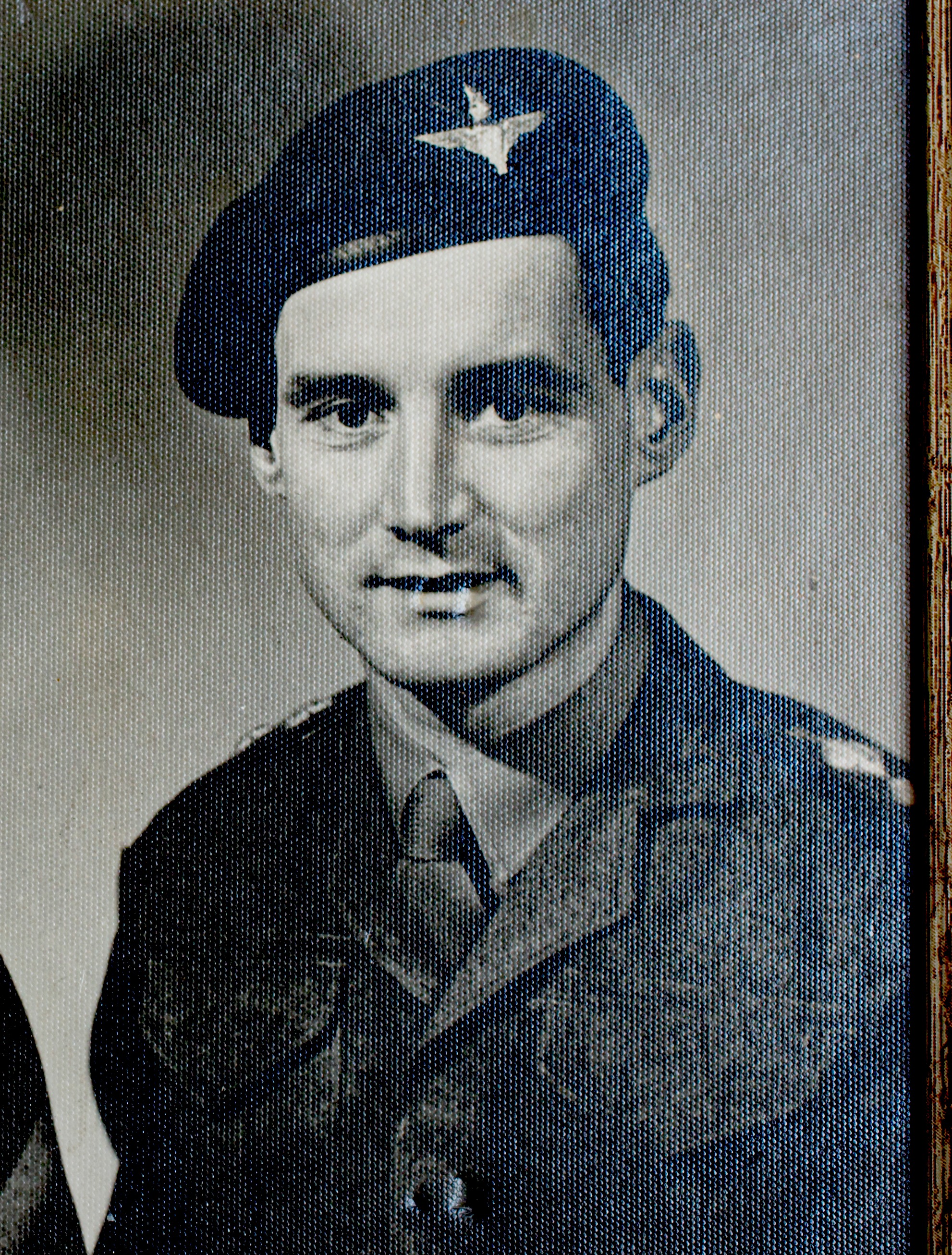 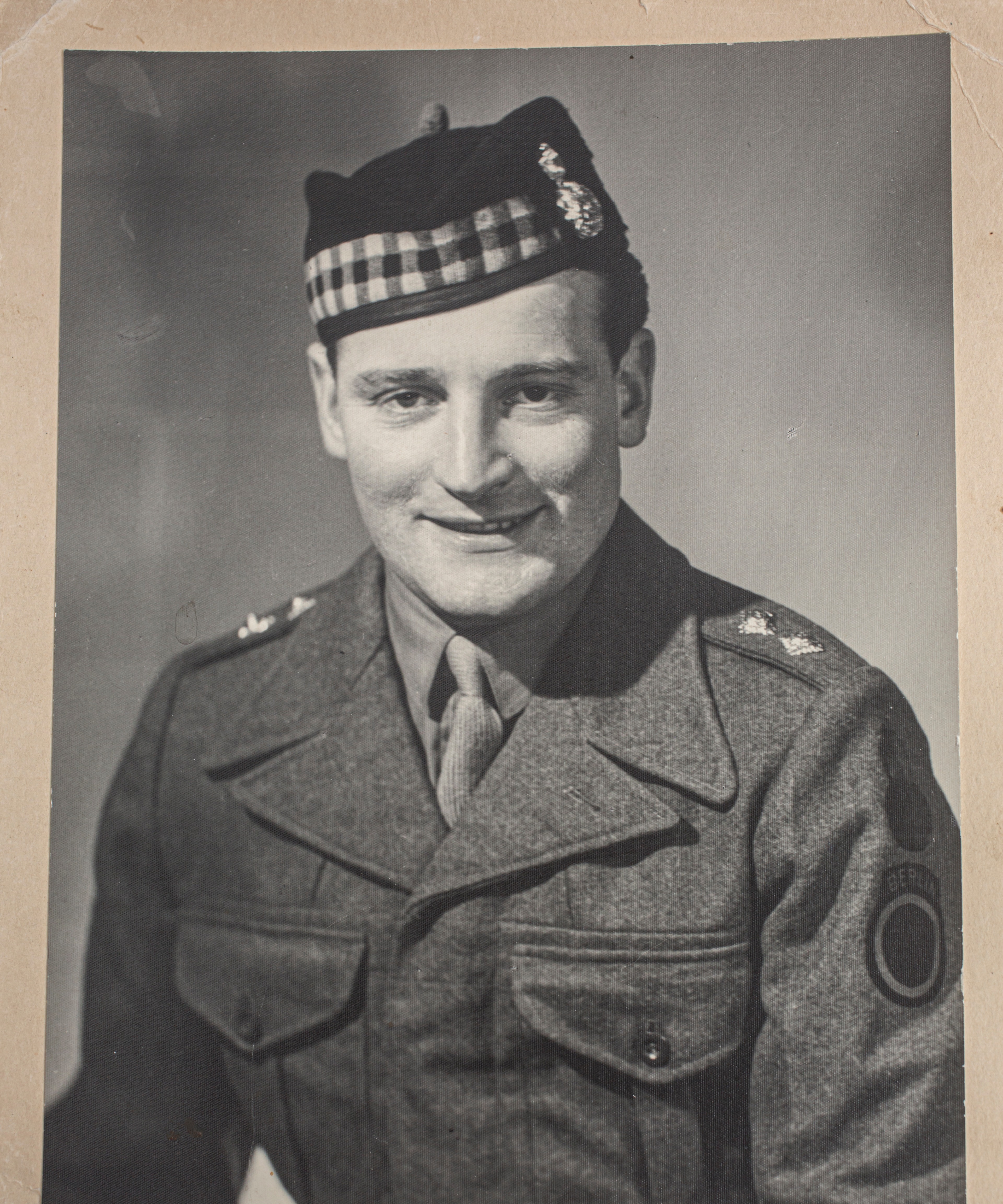 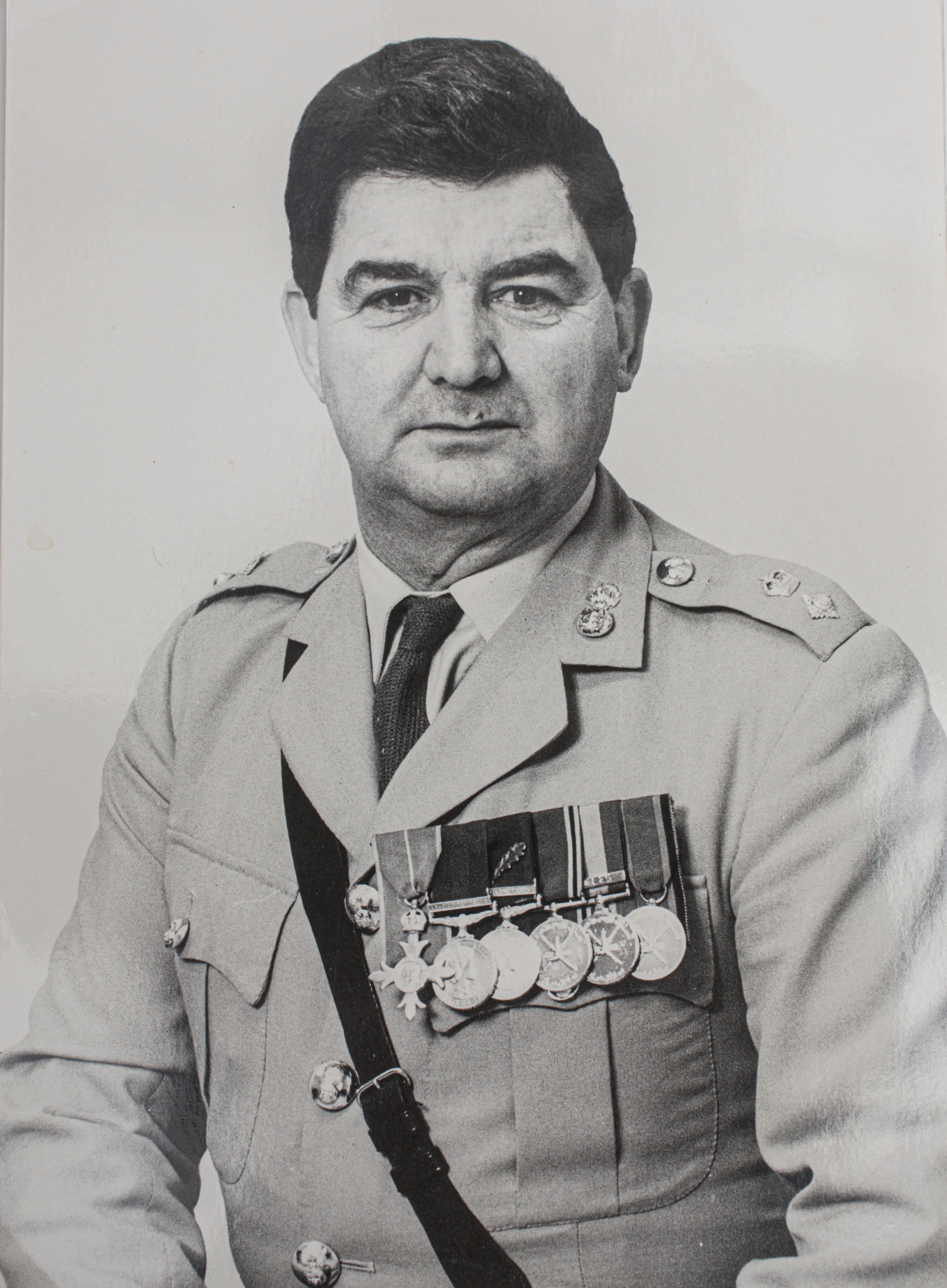 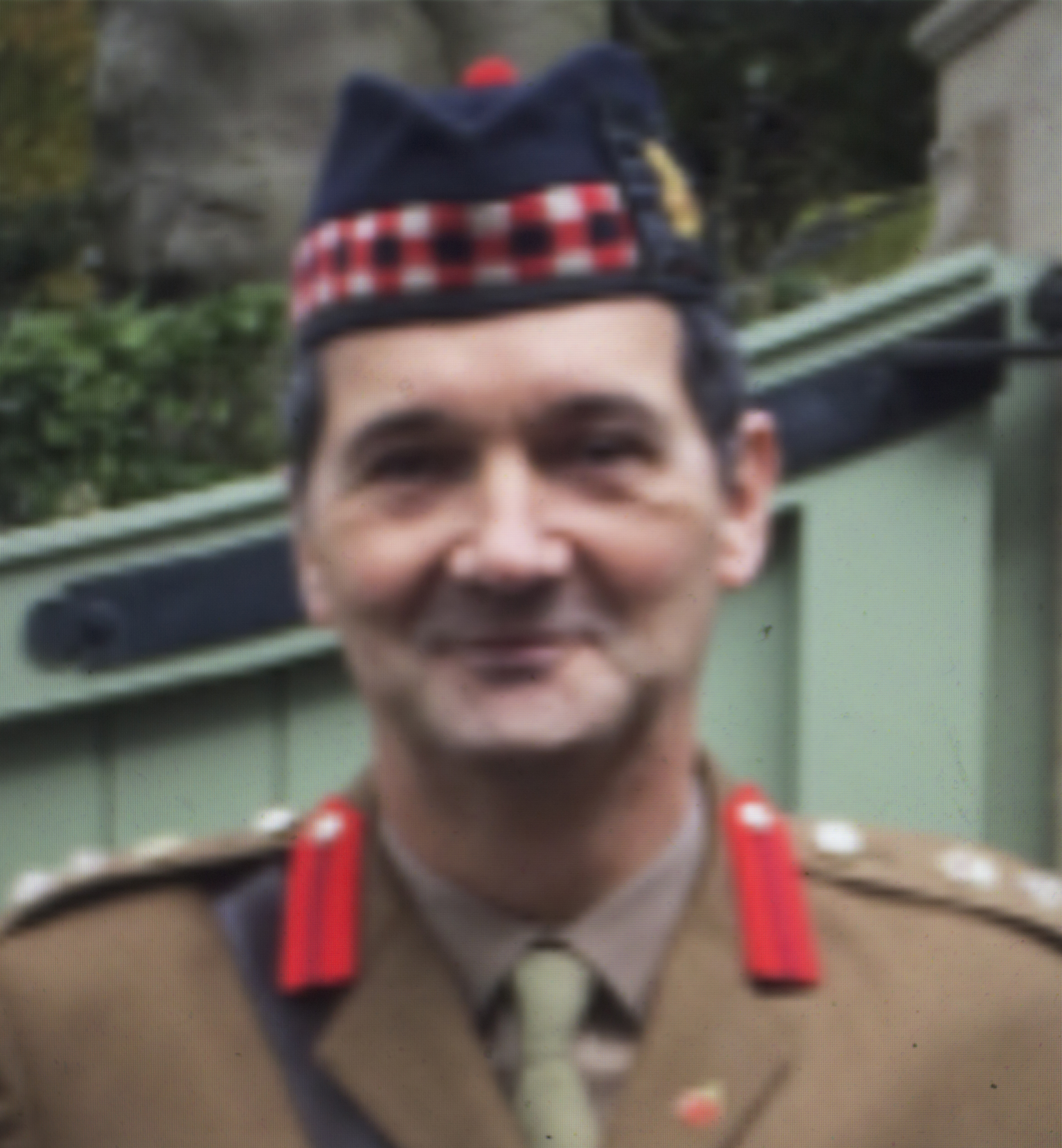