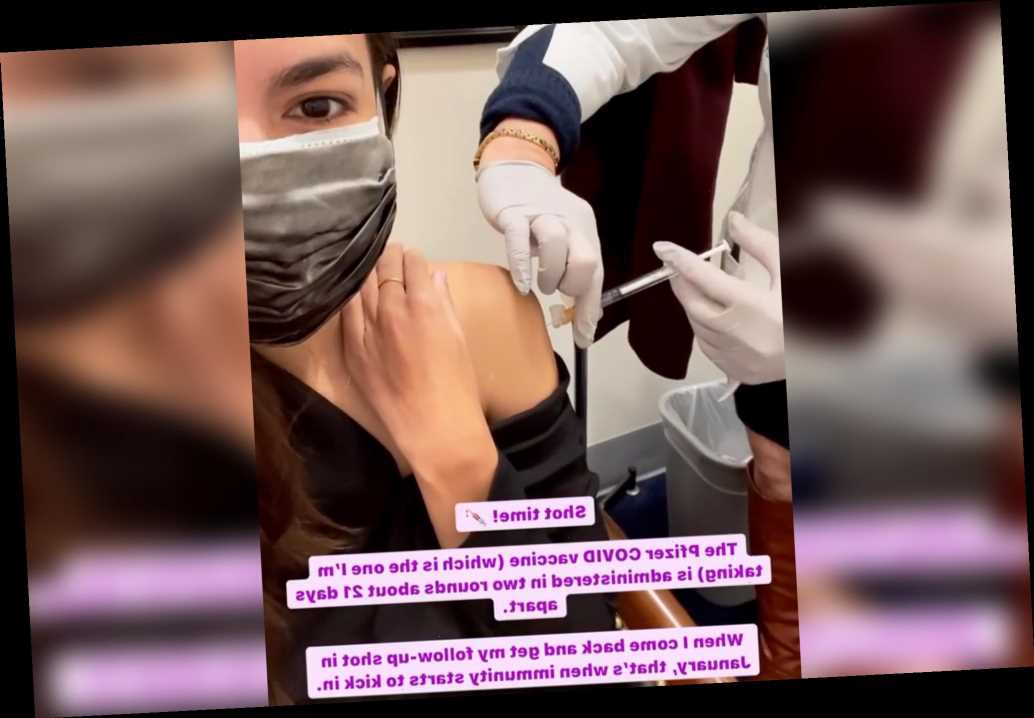 On today's campus, it's all too kosher to honor a terrorist

The coronavirus vaccine is the new status symbol, the ultimate signifier of privilege, chutzpah and exclusivity the things that separate the ultra-elite and powerful from ordinary chumps. It is a sign one has made it.

In America, the few, the grand, the insufferably arrogant are leapfrogging over heroic and nameless first-responders, the vulnerable elderly and chronically infirm — anyone without an elected title or fat government salary.

You can forget progressive-speak about inequality. These entitled folks have been invited to roll up their sleeves and boastfully, even piggishly, gorge themselves at the trough of the potentially life-saving drug. Some have taken the opportunity to rub their needle-jabbing in our faces, using social media to promote their supposed bravery for passively receiving Pfizer’s miracle elixir, or posing for photographs or in front of TV cameras as they receive sweet relief.

The rest of us will just have to wait, many of us until spring, at the earliest.

There was Democratic-socialist New York Rep. Alexandria Ocasio-Cortez, (among others), who plays a champion for the poor and powerless in her Bronx/Queens district, showing off her own injection, live on Instagram. Her narcissistic posing began as she embarrassingly shared the run-up to the needle, doing such things as filling out a form.

After she underwent the main event Friday, she discussed her arm soreness.

This, despite the fact that the far-leftist darling is just 31 years old, and seemingly in excellent physical condition. I’ve heard of no attempts on her part to get the vaccine spread around early to people for whom it might be a matter of life and death.

But Ocasio-Cortez vigorously defended her cutting of the vaccine line after Republican Sen. Rand Paul of Kentucky, 57, argued that members of Congress, particularly those who are under 65 years of age and in good health, shouldn’t get the shots ahead of old people and health-care workers.

To AOC, taking the vaccine amounted to doing battle against evil right-wingers.

“Gee, maybe if the GOP hadn’t spent so much time undermining public faith in science, masks, & COVID itself, I wouldn’t have to weigh the potential misinfo consequences of what [would] happen if leaders urged [people] to take a new vaccine that we weren’t taking ourselves!” she tweeted.

But some members of Ocasio-Cortez’s own party were even more passionately against the preferential treatment afforded to politicians. They included Minnesota Rep. Ilhan Omar — a member of AOC’s progressive “squad’’ — whose father died from complications of COVID-19.

She called it “shameful” that young, healthy lawmakers have early access to the vaccine.

“It’s now clear that we don’t have enough vaccines for everyone and there is shortage of supply, we have to prioritize those who need it most,” Omar wrote online. “That’s why it’s disturbing to see members be 1st to get vaccine while most frontline workers, elderly and infirm in our districts, wait.”

And on Monday, former Democratic presidential candidate Rep. Tulsi Gabbard of Hawaii, 39, excoriated health officials for allowing young, healthy individuals to selfishly jump to the front of the inoculation line.

“This is immoral and bad health policy, I had planned to get the vaccine but will now stand in solidarity with our seniors by not doing so until THEY can. I urge my colleagues who are under 65 and healthy to join me.”

Ensuring the health of denizens of the swamp in Washington, DC, has somehow been made a higher priority than protecting the safety of seniors and health-care workers because they are considered vital to the operation of the federal government. (Insert punchline here.) Their welfare is also thought of as contributing to national security.

But a growing number of lawmakers say they will pass up the opportunity to take the inoculations before their more deserving constituents get them. The refuseniks include Sen. Paul and Reps. Gabbard and Omar, as well as Rep. Elise Stefanik (R-NY), Rep. Brian Mast (R-Fla. and Rep. Jeff Van Drew (R-NJ.)

Politicians, as hard as it may be to believe, you’re not more important than everyone else. Check your privilege at the door. Come re-election time, you can and will be easily replaced.