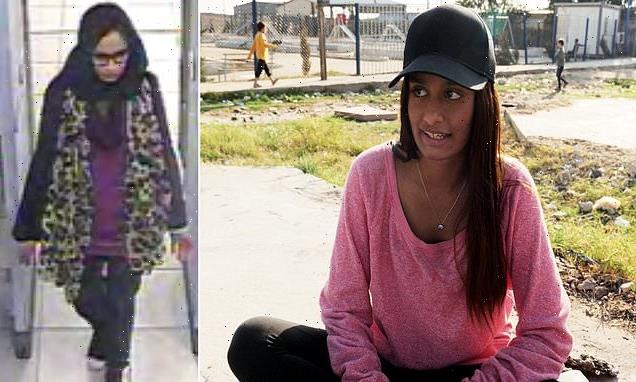 ‘I think of her every hour of every day’: Shamima Begum’s mother speaks for first time since her daughter fled to Syria aged 15 – and says her school blazer is still hanging up where she left it

Shamima Begum’s mother told yesterday how her ‘world fell apart’ when the teenager ran off to join the Islamic State terror group in Syria.

In her first words since her daughter fled in 2015, Asma Begum said she worried about her youngest child’s plight ‘almost every hour of every day’ and still hoped for her to be allowed to return to Britain.

Mrs Begum has never spoken publicly about the then 15-year old’s decision to travel to Syria, where she married an IS recruit and had three children, all of whom later died.

But extracts of her witness statement were read at a hearing of the Special Immigration Appeals Commission, where lawyers for Miss Begum are challenging the decision to revoke her British citizenship.

In the statement, Mrs Begum, a mother-of-four, described how her daughter’s school blazer was still hanging on a door at the family’s home in Bethnal Green, east London, where they have celebrated her birthday each year while she has been in Syria.

She said: ‘My youngest daughter is even more present in my mind, the one I think about almost every hour of every day. When she left home in 2015, our worlds fell apart.’ 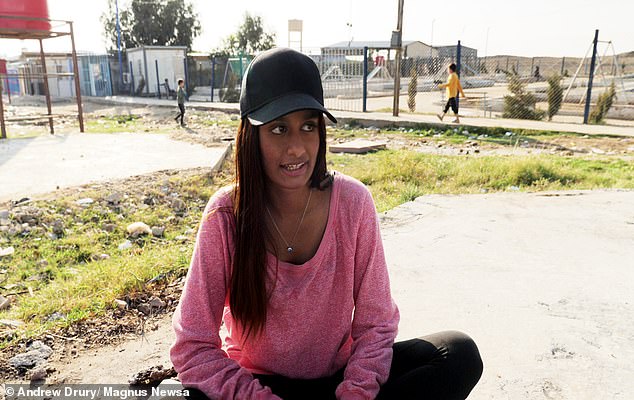 Begum (centre) was one of three UK teenagers at Bethnal Green Academy who travelled to join ISIS in February 2015, with Kadira Sultana (left), 16, and Amira Abase (right), 15. Sultana is believed to have died in an airstrike in May 2016 while Abase’s whereabouts are unknown

Lawyers for Miss Begum claim she was groomed online by an IS ‘propaganda machine’ and trafficked into Syria.

Once under IS control she was married within days to an adult male recruit, sexually exploited and subjected to coercive control, her legal team said.

Former home secretary Sajid Javid’s decision to revoke her British citizenship left her ‘effectively an exile for life’, her lawyers argued, and she remains detained in a camp in Syria.

Mrs Begum’s statement said: ‘On the last birthday she spent with us before she left, she did not want a cake but wanted a pizza with candles on it instead.

She was so happy that day. On each of her birthdays since she left we order pizza and still celebrate her birthdays.

‘It was always sad but we look forward to the birthday party we will have when she is back.’

Miss Begum lived with her mother and three sisters after her father moved to Bangladesh with his second wife. 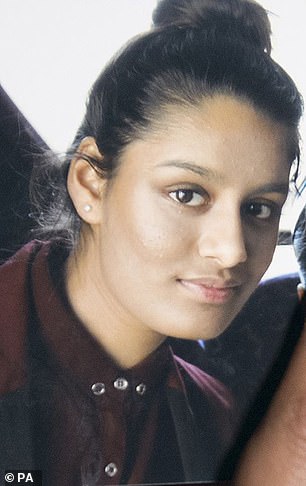 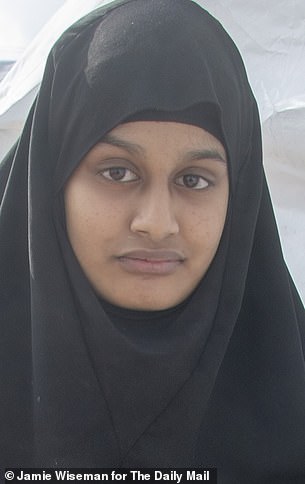 Mrs Begum said she had kept all her youngest daughter’s belongings undisturbed for more than seven years.

She told the court: ‘Shamima and I shared a bedroom and I have not moved anything of hers from our room.

‘Her drawers are still full, her perfume, pens and jewellery, her clothes are still there. Her pyjamas are folded neatly.

‘The box with her school books I look at sometimes. Her school blazer is still hanging on the door in the front room, just as it was when she left.’

Lawyers for the Home Secretary argue Miss Begum, now 23, is in Syria ‘as a result of her own choice to leave the UK’ and that she could still pose a threat.

But a former counter-terrorism officer at MI6 warned that Britain could face a ‘significantly’ greater danger from leaving its nationals in Syria.

In a report prepared for Miss Begum’s lawyers, Richard Barrett, the former director of global counter-terrorism at MI6, and Paul Jordan, a former adviser to the UN and EU, said it would be more effective to monitor her in this country.

They said: ‘From a national security perspective, refusing to repatriate individuals who now find themselves in camps in Syria is likely to be significantly more dangerous in the medium to long term than repatriating them.’

They said stripping her citizenship also risked ‘undermining community relations in this country’ if it was perceived as linked to her race and religion.

An estimated 61 British nationals are currently detained in Syria, including 18 women, 11 men and 32 children. The hearing continues.