THIS is the shocking moment a man is beaten and stabbed by a gang armed with foot-long knives in front of horrified crowds in Hyde Park.

The footage shows the thugs kicking and punching the victim after he had been attacked with the huge blade. 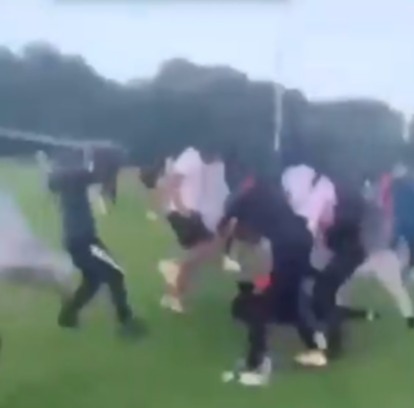 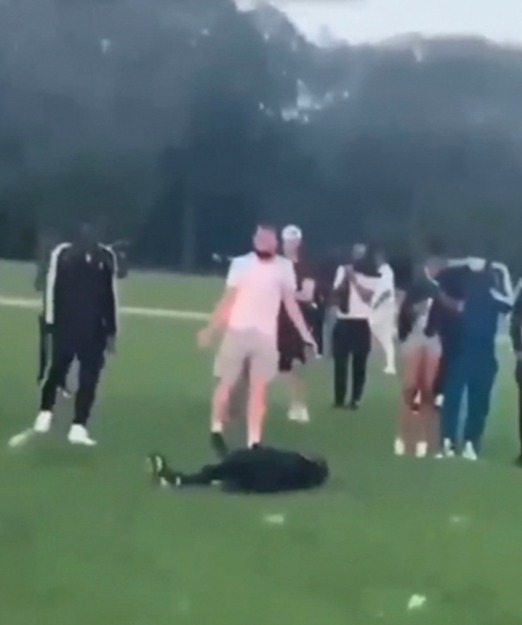 The footage, posted to Snapchat, shows men running towards their victim holding long weapons before assaulting him.

Then he is filmed falling to the ground after the savage attack.

A woman could also be heard screaming "oh my god" after the violence erupted at around 9pm last night.

The central London park was still packed with sunbathers after the hottest day of the year so far. 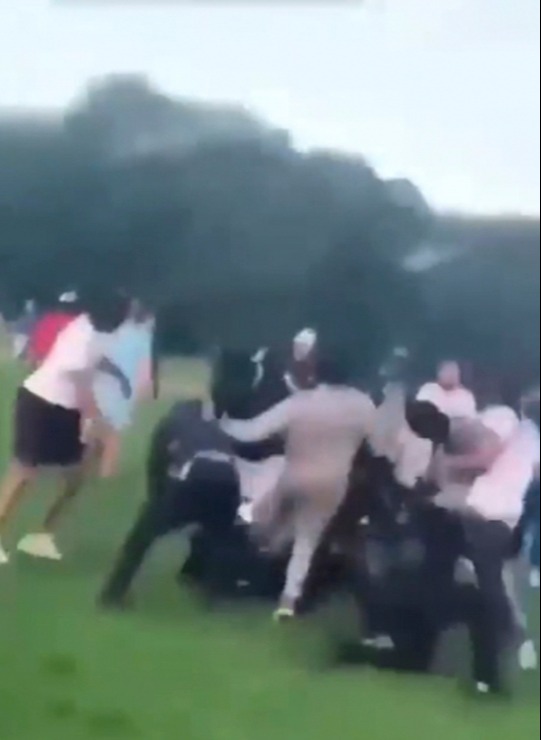 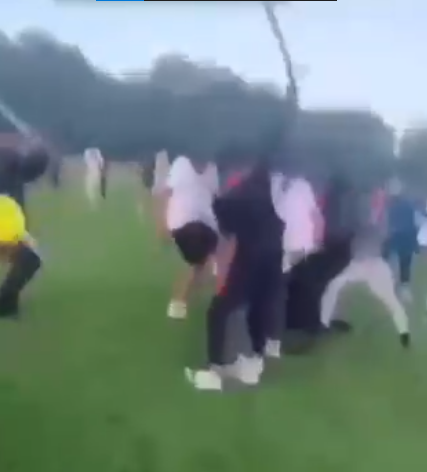 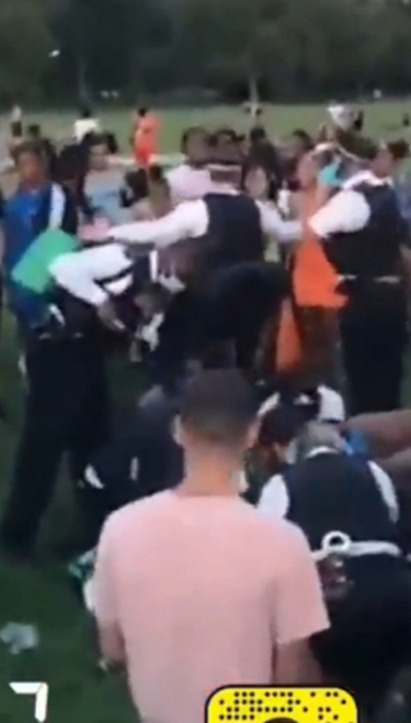 Scotland Yard are now trying to hunt down the knife-wielding attackers.

There have been no arrests at this stage and the investigation continues.

"They found a male suffering from stab injuries.

"He has been taken to hospital for treatment.

"At this time, the victim's injuries are not believed to be life-threatening.

"A crime scene remains in place in Hyde Park and you will see a police presence in the area."

The bloodbath was the latest violent attack in the capital – with two people murdered and a police dog stabbed since Friday.

And on Sunday, dog Kaiser was stabbed up to five times on the top of his head and once below his eye in Orpington.

In Edgware, North London, ten teens have been arrested after an 18-year-old boy was stabbed to death on Bank Holiday Monday.

A 23-year-old man has also been left fighting for life after being knifed in the face yesterday in Lewisham, South London.

Anyone with information on the Hyde Park attack is asked to call police via 101 quoting reference Cad 7861/01Jun. 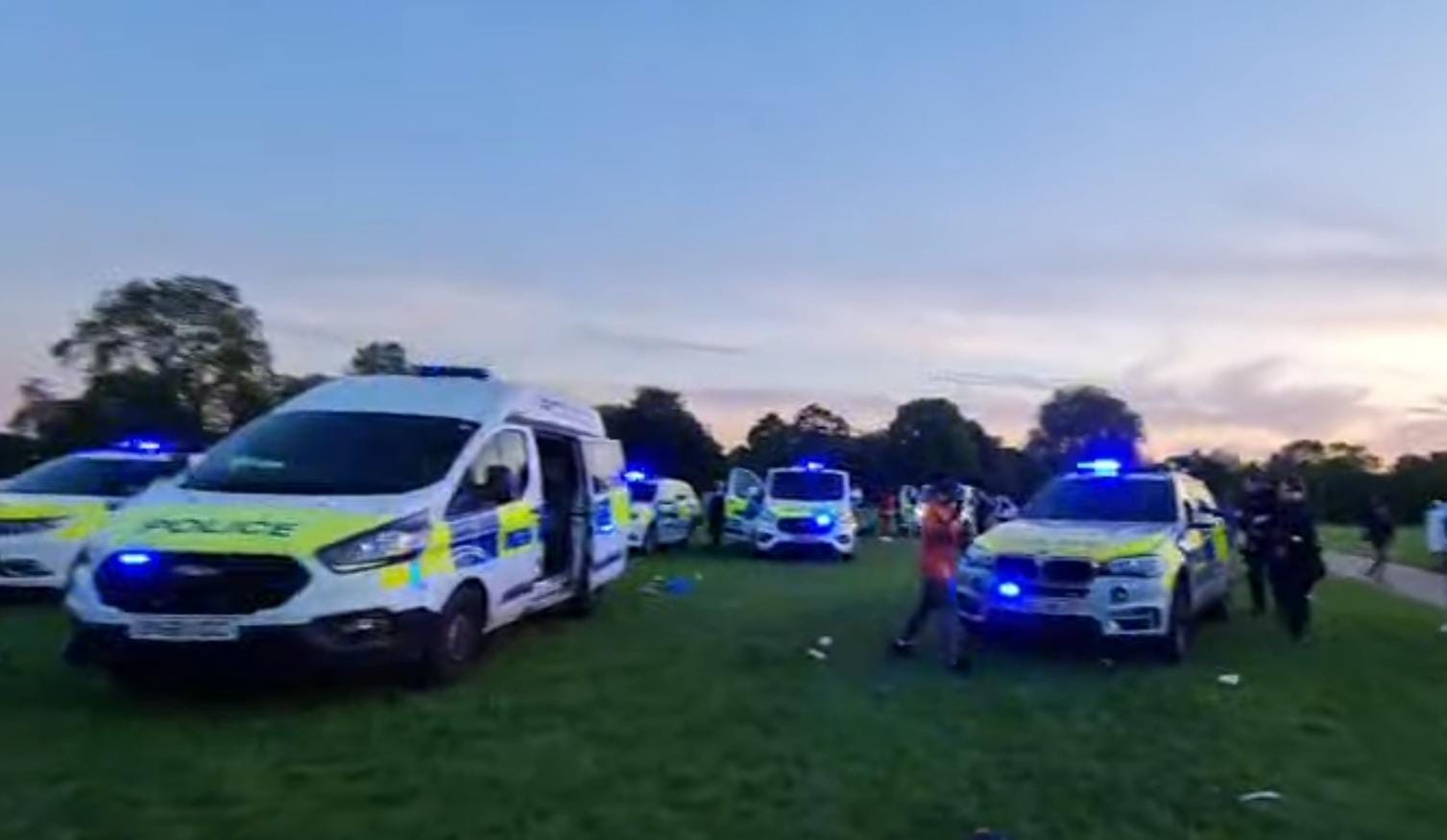