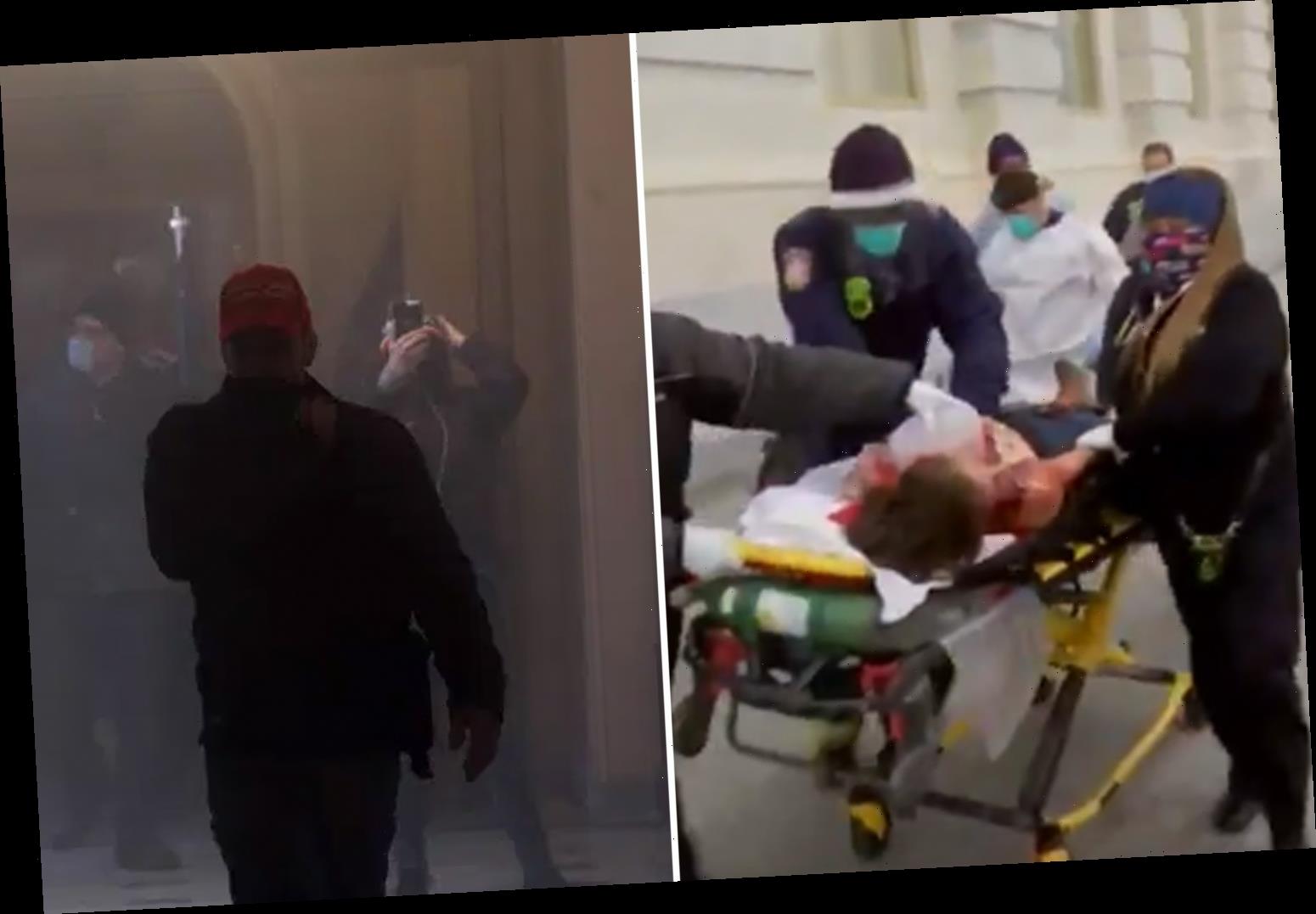 A WOMAN was rushed out of the US Capitol on Wednesday afternoon covered in blood as a MAGA mob stormed the building to stop President-elect Joe Biden's certification.

The woman was taken out of the building in a stretcher and appeared to be bleeding around her neck, footage from MSNBC shows. 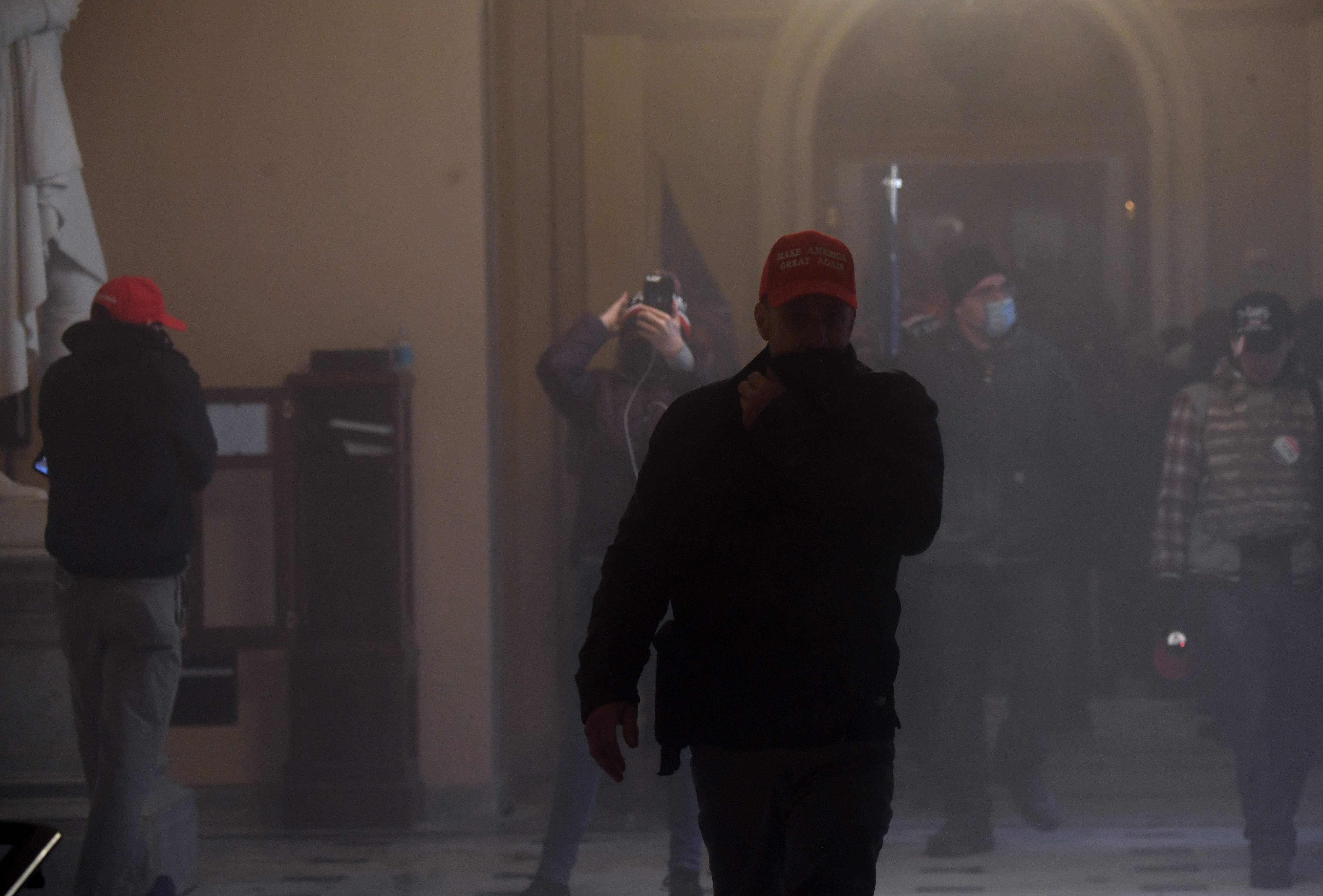 The bloodshed occurred amid reports that one person was shot inside the Capitol.

It was not immediately clear whether the injured woman taken out of the building was the same person who was allegedly shot.

The woman was shot in the chest on the Capitol grounds and in critical condition, according to CNN.

A reported shooting emerged as the Capitol was put under lockdown, and the entire city on a 6pm curfew, after protesters broke through a barrier towards the building. 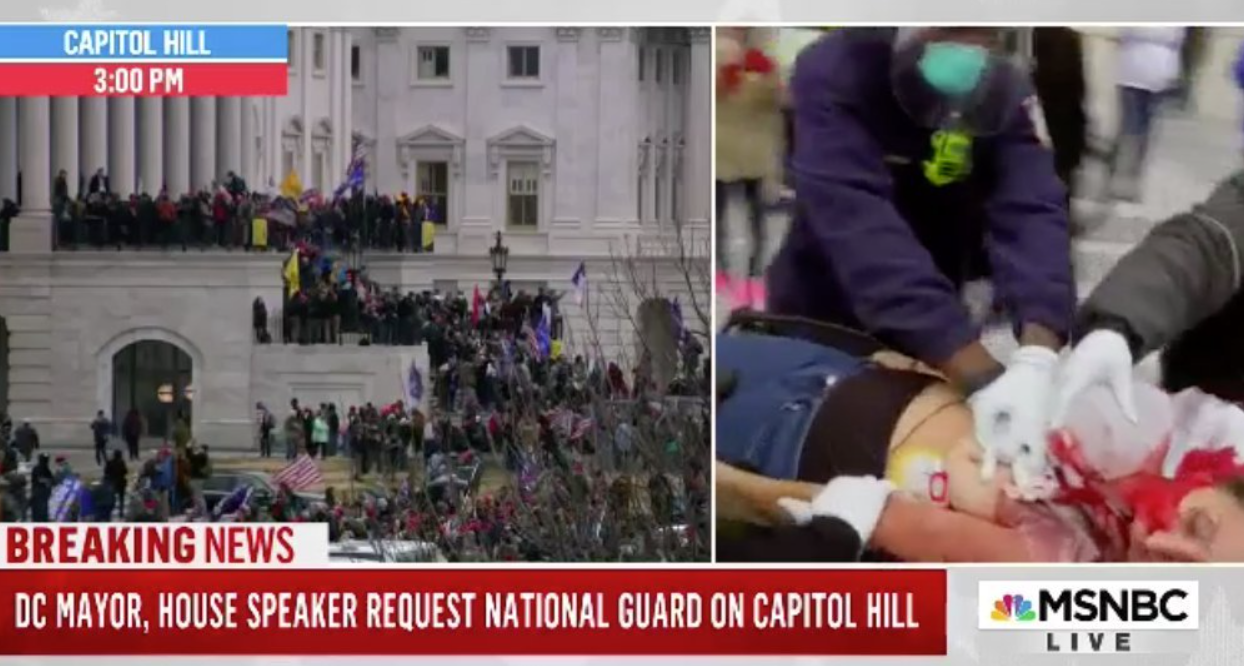 Around the time of the reports of the injured woman and the shooting, President Donald Trump called for peace and support for law enforcement.

"I am asking for everyone at the U.S. Capitol to remain peaceful. No violence!" the president tweeted.

"Remember, WE are the Party of Law & Order – respect the Law and our great men and women in Blue. Thank you!"