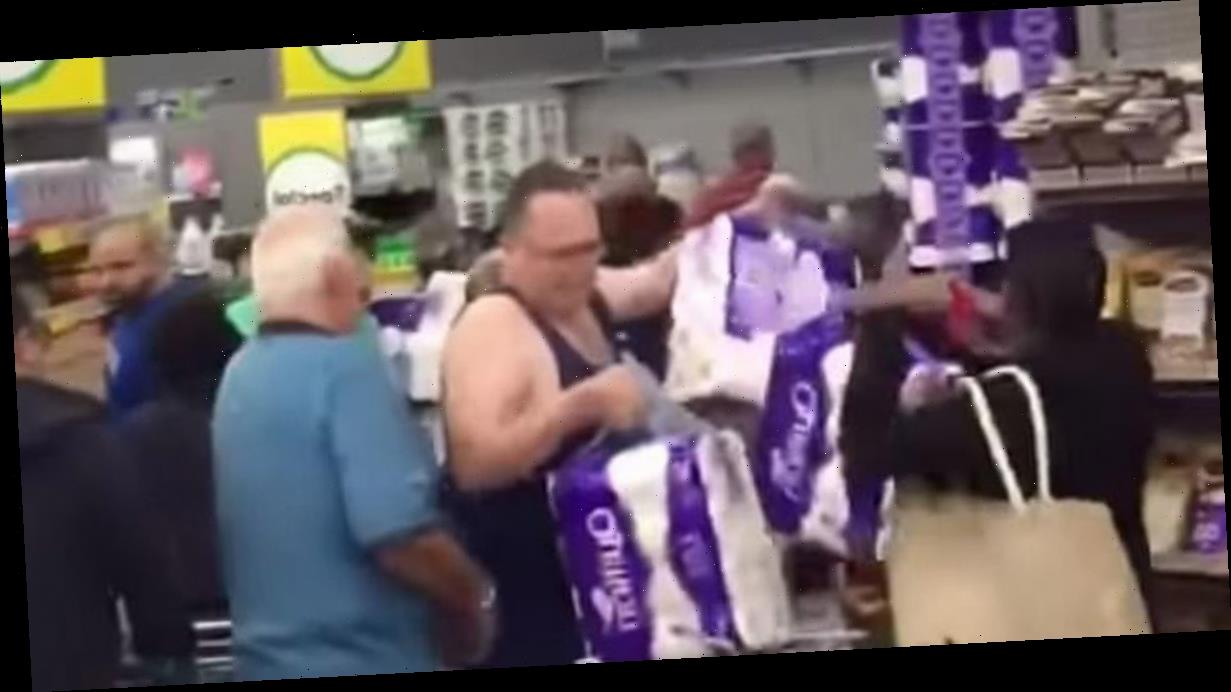 An Australian woman reportedly threatened another shopper with a knife after panic buyers flooded supermarkets over coronavirus.

The two individuals were having an argument over toilet paper at a Woolworths shop in Sydney, it has been reported.

Still, social media has been awash in recent days with photos and video of people stockpiling goods, including sanitising products and staples like rice and eggs.

A Woolworths worker reportedly said the suspect had communication difficulties.

A witness has described the terrifying moment the scrap broke out at around 1.30pm local time today.

They told Mail Online : "There was a fight over toilet paper – you could hear a commotion coming from down the end aisle.

"There was a knife pulled and the people started running around.

"It was all over in a few moments, security were here and police came and talked to a woman."

Australia has just recorded its third case of local transmission of the disease.

The country was one of the first places to take a hardline on tackling the outbreak, imposing border controls on visitors from the epidemic's epicentre in China a month ago.

It has reported 42 cases of the coronavirus – the bulk of whom were evacuees from a cruise ship docked in Japan – and just three cases where people who have not left the country have been infected. The run on toilet paper in Australia has sparked the trending hashtags #toiletpapergate and #toiletpapercrisis on Twitter , along with photos of overloaded shopping trolleys, and calls for calm from baffled officials.

Australia's Chief Medical Officer Brendan Murphy said: "We are trying to reassure people that removing all of the lavatory paper from the shelves of supermarkets probably isn't a proportionate or sensible thing to do at this time."

The local arm of Costco Wholesale Corp limited its bulk buy packs to one per customer.

Even Prime Minister Scott Morrison has weighed in on a purchasing trend that appears to be at odds with stockpiling of long-lasting food like tinned goods in other countries.

He told the public he had been assured by the major grocers they could meet any spike in demand.

Police confirmed they were called to a supermarket in Sydney to deal with "a disturbance in an aisle", with local media reporting the authorities had cordoned off the toilet paper
shelves as a result.

Other products have also been seized on by shoppers.

Costco has put limits on purchases of milk, eggs, rice and  disinfecting and soap products.

Coles said it was working with its suppliers and transport partners to improve availability of popular products, although it did not confirm whether it was also rationing sales of
certain items.

"We have increased deliveries from our distribution centres and our teams are working hard to fill the shelves as quickly as possible," it said in an emailed statement.

German-owned discounter Aldi Inc and U.S.-listed Kimberly-Clark Corp, which makes toilet paper for the Australian market via local subsidiaries, was not immediately available for comment.