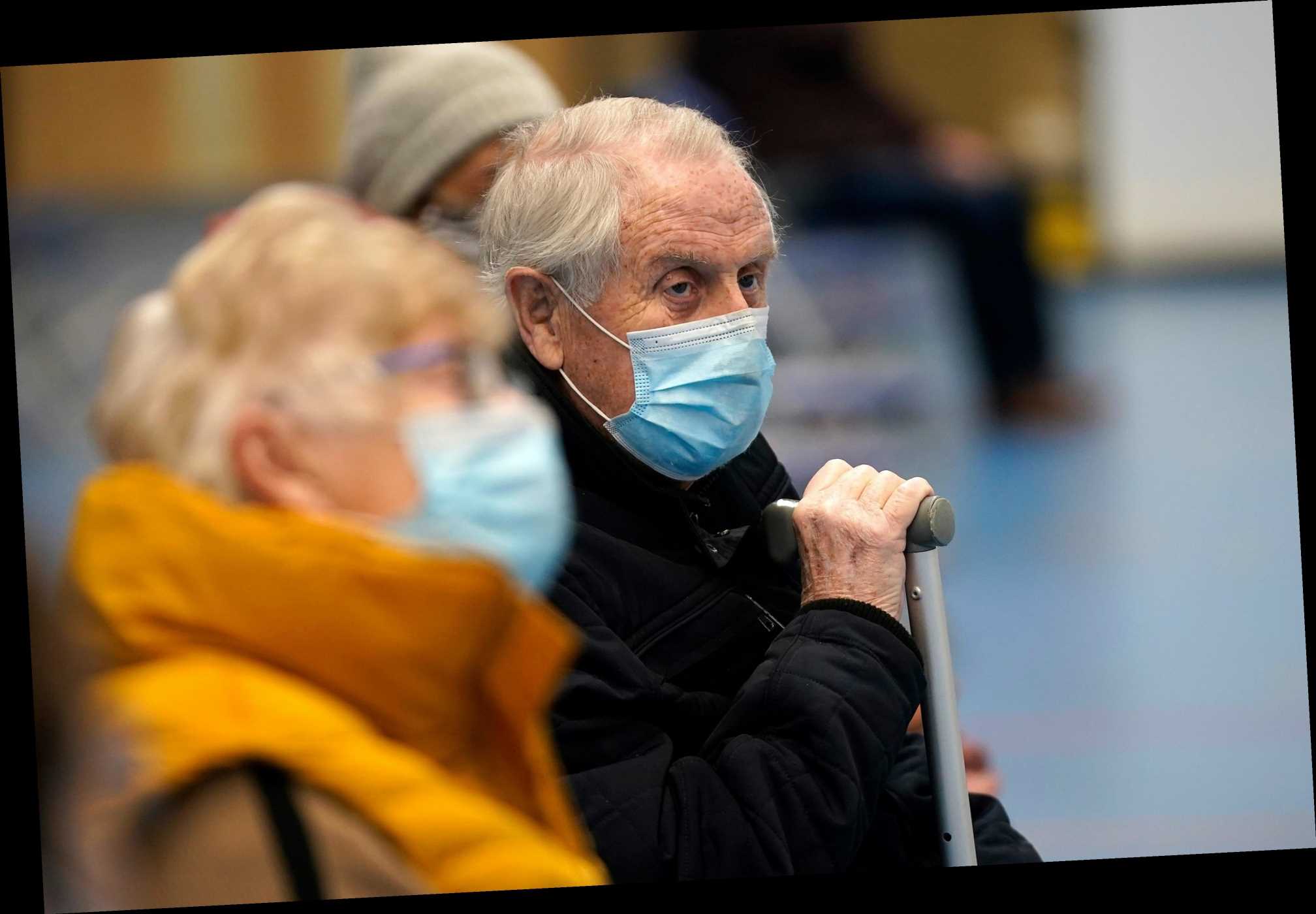 ELDERLY people are at risk of catching new coronavirus strains even after their first vaccine dose, a study has warned.

Lab research by scientists at Cambridge University showed the first dose of the Pfizer jab may not be enough to fight mutations.

Only after a second dose would over 80s have an immune response strong enough to protect them, the study suggested.

It suggests the 9.3 million people who have received their first dose are still at risk of catching the coronavirus in the three months before their next dose.

The decision was made by the Government to leave a three month gap between doses rather than 21 days advised by Pfizer.

Health officials already stress that people who have received only their first dose should be careful because they do not have the optimal amount of protection until their second dose.

The findings serve as a further warning that although the first dose will give some level of protection, it is not enough to stop social distancing, mask-wearing and hand hygiene.

The study showed when Covid strains have a mutation called E484K, it substantially increases the amount of antibodies needed to kill the virus.

The E484K mutation is a characteristic of the new South African and Brazilian variants.

And it has now been discovered in a handful of cases caused by the Kent strain, suggesting it is evolving to becoming efficient at avoiding antibodies.

The mutation has been shown in lab tests to essentially hide from killer antibodies – proteins in the immune system mounted by either natural infection or vaccination.

HALF OF OVER 80S WITH ONE DOSE AT RISK

The Cambridge researchers collected blood samples from 26 people, 15 of them over 80, who had received one dose of the Pfizer jab.

Their blood contained antibodies that are made by the immune system to fight the coronavirus, either through natural infection or vaccination.

The researchers tested the blood samples against synthetic versions of the Kent and South African variants and monitored their antibody response.

The antibodies in all volunteers were sufficient to kill the Kent variant that has spread rampantly across the UK, the study found.

But when the E484K mutation was added, 10 times more antibodies were needed to neutralise the virus compared with “original” Covid strains. 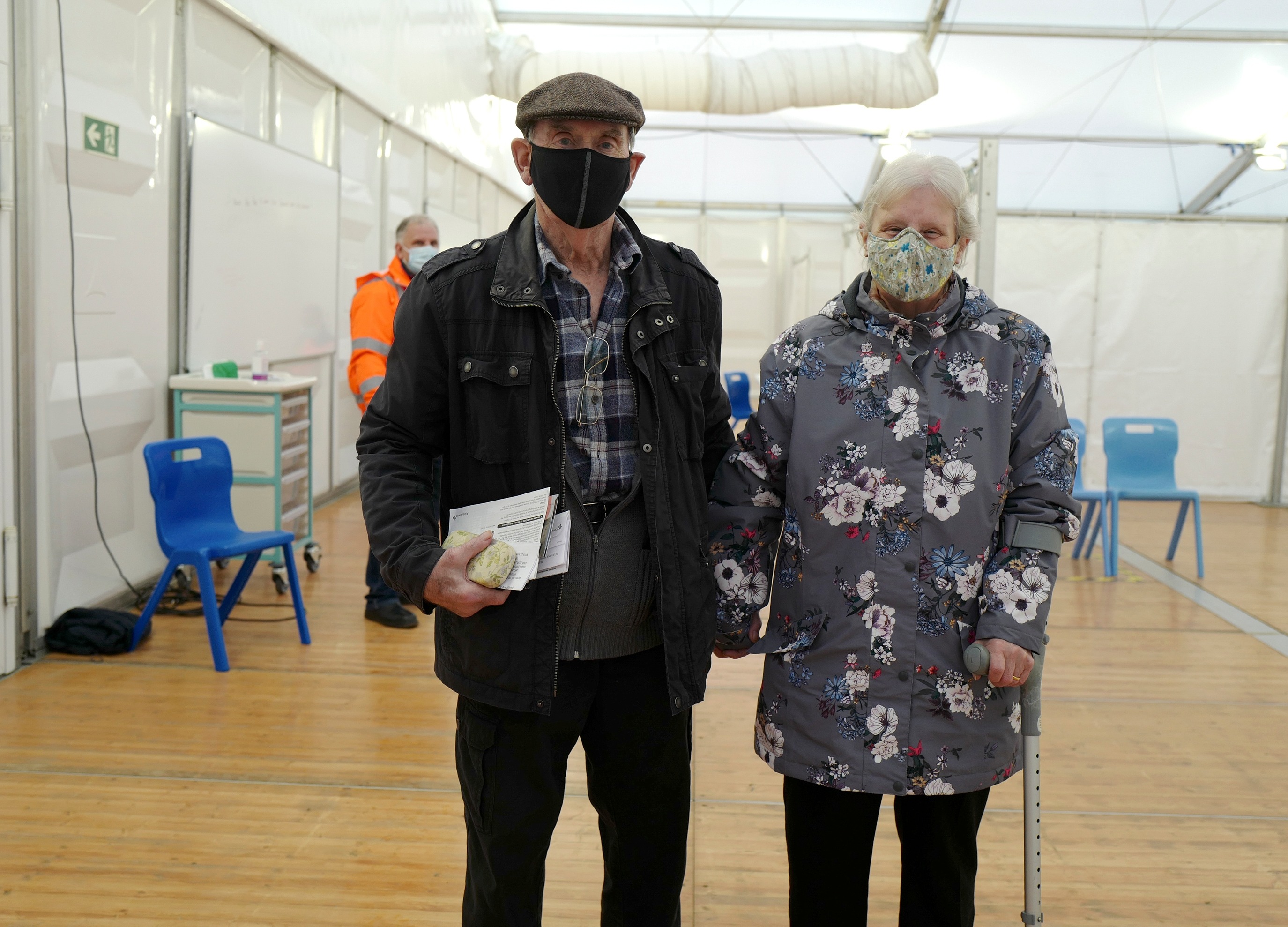 Researchers said seven people had antibodies too low to neutralise the virus after the first dose, and they were all aged over 80 years old.

This accounts for half of the over 80 year olds in the study group.

Only after a second dose, given three weeks later, were their antibody levels boosted to a level that killed the virus.

Dr Dami Collier, the main co-investigator on the study, which is yet to be peer-reviewed, said: “Our data suggest that a significant proportion of people aged over eighty may not have developed protective neutralising antibodies against infection three weeks after their first dose of the vaccine.

“But it’s reassuring to see that after two doses, serum from every individual was able to neutralise the virus.”

Professor Ravi Gupta, who led the study, said the work “suggests the vaccine is likely to be less effective when dealing with” the E484K mutation.

Scientists were already aware the mutation is of a concern.

Vaccine manufacturers have found their jabs are slightly less effective at fighting variants which contain the E484K mutation.

And today brought the news that the mutation has now been found at least 11 times in different cases of people infected with the Kent variant.

The South African strain has been detected in 105 Brits, which is likely the “tip of the iceberg”.

In a bid to prevent the South African strain – which is more transmissible – causing havoc, a testing blitz was set in motion today in postcodes where cases have been found.

Today scientists said now was "a good time to switch" away from Britain's one-dose strategy in light of the Cambridge research and growing concern around new strains.

The UK Government is the only one in the world to have a strategy of delaying people’s second Covid dose by 12 weeks instead of 21 days.

It has been questioned by scientists who say there is a lack of data in clinical trials to support it.

Ministers decided on delivering a first dose to as many individuals as possible, on the advice of the chief medical officers.

But it has been met with some concern, including from the World Health Organization which said the second dose could be delayed by up to six weeks in “exceptional circumstances”.

Professor Azra Ghani, chair in infectious disease epidemiology at Imperial College London, said: “Given the high coverage of first doses that has now been achieved in the first four priority groups coupled with the very strong age-gradient in risk, this would be a good point at which to switch to scheduling second doses alongside continuing the wider roll-out of first doses to the next priority groups.”

The NHS is focused on rolling out as many first doses as possible to the most vulnerable groups.

But will soon need to slow this arm of the vaccine programme in order to give out the second doses.

Prof Ghani said: “With the South African variant now in the UK, it will be important to ensure that the most vulnerable groups are fully protected by the second dose.”

Dr Jonathan Stoye, a virologist at the Francis Crick Institute in London, added: “The preprint… adds further support to a number of recent studies showing that SARS-CoV-2 is evolving to develop at least partial resistance to current vaccines.

“It suggests that some elderly individuals make relatively low immune responses to a single dose of vaccine.”