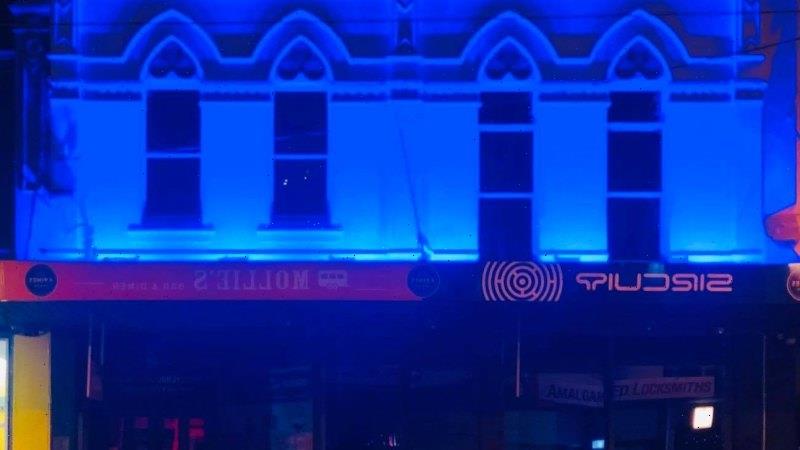 Management of a gay nightclub in Fitzroy has apologised following backlash over its decision to honour the memory of Glen Humphris and the three other police officers killed in last year’s Eastern Freeway tragedy.

Sircuit Bar on Smith Street was bathed in blue at 5.36pm on Thursday to mark the one-year anniversary of the four officers’ deaths. The venue posted that Constable Humphris was a regular at the bar and was missed by staff and management.

But online activists soon bombarded the bar’s Facebook page with criticism it was siding with police in the midst of a campaign to end Aboriginal deaths in custody. 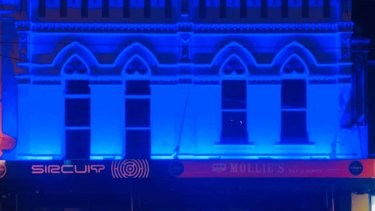 Sircuit bar in Fitzroy was bathed in blue on Thursday to pay tribute to the four police officers killed in the Eastern Freeway tragedy. Credit:Facebook

“Absolutely abhorrent statement to make,” one of the comments read. “Why not stand in the fight to stop black deaths in custody instead of supporting oppressors? The queer community will never stand with cops.”

Other comments described the gesture as “vomit”, “gross” and told management to “read the room”.

However, others defended the bar and congratulated it for supporting police.

Constable Humphris, Constable Josh Prestney, Leading Senior Constable Lynette Taylor and Senior Constable Kevin King were killed when a fatigued and drug-affected truck driver veered into the emergency lane in Kew where they had made a traffic stop.

Melbourne landmarks including Flinders Street Station and the MCG were also illuminated in blue light on Thursday to mark the anniversary of one of the largest losses of life from a single incident in the history of Victoria Police.

In response to the outrage, bar spokesman Chris Driscoll posted that Constable Humphris was a “Sircuit regular and a valued member of our community and is missed”.

“We would like to acknowledge that the way that was chosen to remember Glen has deeply affected our community and this was never the intention,” he wrote.

“We will do better. We always want to welcome all our LGBTQI+ community and provide as safe a space for our community as possible.” 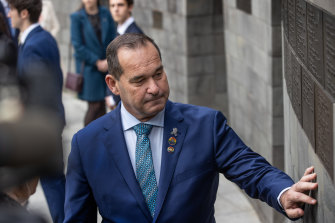 In an act of contrition, the bar would be donating to Black Rainbow, a national organisation supporting Aboriginal and Torres Straight Islander LGBQTI+SB (Sistergirl and Brotherboy) people, the post said.

Supporters also took to the page following the apology to condemn the “virtue signalling” comments and tell the bar it had no reason to apologise.

“Sircuit is simply respecting the lives of four people who died in a horrific event – it has nothing to do with police brutality,” one person wrote. “This post in no way supports ‘All Lives Matter’ or opposes BLM [Black Lives Matter].”

Families of the killed officers gathered for a private service at the Police Memorial and Police Academy chapel on Thursday morning.

In a statement provided ahead of the anniversary commemorations, Constable Humphris’ partner Todd Robinson said the tragedy had been the most gut-wrenching experience of his life. 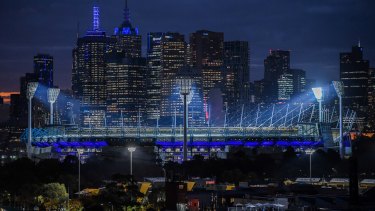 Some buildings in Melbourne turned blue in a tribute to the four police officers who died on the Eastern Freeway a year ago. Credit:Joe Armao

“I want to use this opportunity to remember Glen as the smiling, bubbly and beautiful man that he was, and the love we shared for each other,” Mr Robinson said.

“He touched many people in his life, and many people cared for him. I want these stories and memories of joy and optimism to be forever remembered.”

The Police Association declined to comment on the online abuse and bar apology.