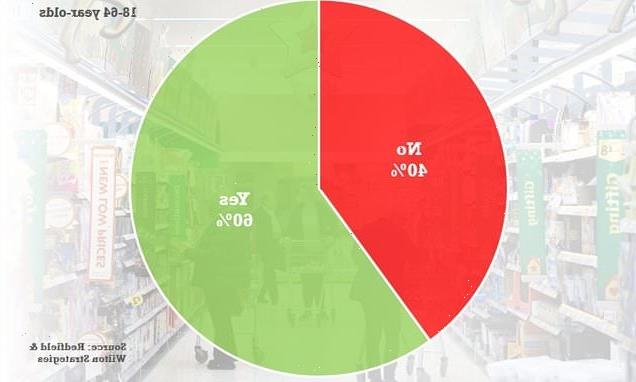 Cost of living crisis bites: Poll finds 60% of working-age Brits have already cut their spending to make ends meet – and half of home owners worry they won’t be able to pay the mortgage

Most working-age Britons have already cut back on spending to make ends meet amid fears over soaring prices, a poll found today.

Research for MailOnline showed growing alarm among the public at cost of living pressures pushing up bills for energy and other essentials.

Some 60 per cent of those aged 18-64 say they have trimmed expenditure over the past month in response to the situation, and 57 per cent said they plan to do so over the next three months.

Meanwhile, amid growing anxiety that interest rates will need to rise soon to control inflation, 13 per cent of mortgage holders said they were ‘very concerned’ about being able to make monthly payments.

And another 35 per cent said they were ‘moderately’ worried about meeting the costs, in the poll by Redfield & Wilton Strategies.

Manufacturers and retailers have been sounding the alert over looming price rises due to a perfect storm of surging demand as world recovers from the pandemic and supply chain problems. 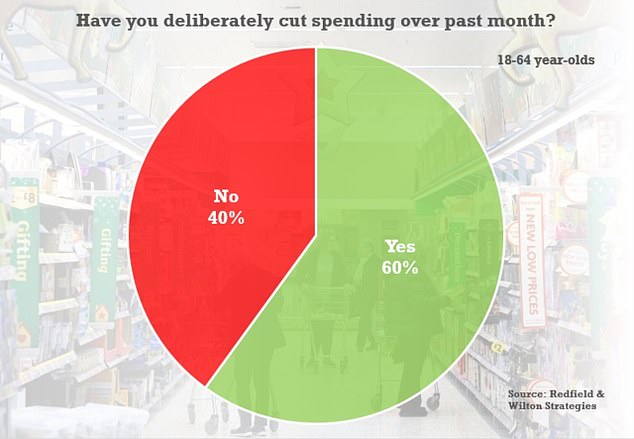 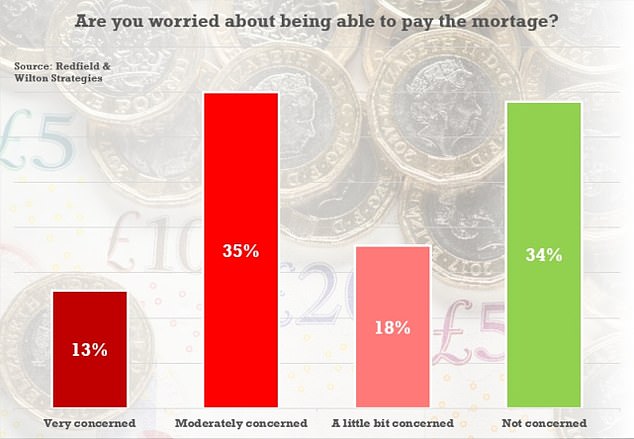 Amid growing anxiety that interest rates will need to rise soon to control inflation, 13 per cent of mortgage holders said they were ‘very concerned’ about being able to make monthly payments

Energy bills are rising dramatically as natural gas wholesale costs spike, with warnings that some people face a choice between ‘heating and eating’.

Average wage rises are thought to be running well above inflation at between 4.1 per cent and 5.6 per cent, even accounting for the warping effects of furlough.

Experts warned that companies are having to compete for staff at a time when they ‘are already struggling to cope with the tourniquet of higher energy costs and supply chain problems’.

The headline CPI rate of inflation was 3.2 per cent in August, compared to the Bank of England’s target of 2 per cent, and there are fears it will soon top 4 per cent and potentially go much higher.

Financial markets have been pricing in an increased chance that the Bank of England will hike rates even before the end of this year to cool inflation.

Some believe a move to raise rates above the all-time historic low of 0.1 per cent could come as soon as the next meeting in November, although the consensus is next year.

Bank governor Andrew Bailey warned at the weekend over a potentially ‘very damaging’ period of inflation for British consumers, having previously assured it was only a temporary blip.

Rishi Sunak today insisted the government is acting on the supply chain chaos exacerbating the problems.

On a visit to the US, the Chancellor set out to reassure the country Christmas will not be cancelled this year amid the ongoing crisis.

He told the BBC: ‘I tell people they should be reassured we are doing absolutely everything we can to mitigate these challenges.

‘They are global in nature, so we can’t fix every single problem. But I feel confident there will be good provision of goods for everybody.

‘And we are working our way to remove blockages where we can as with HGV drivers for example where we’ve provided short term visas.’ 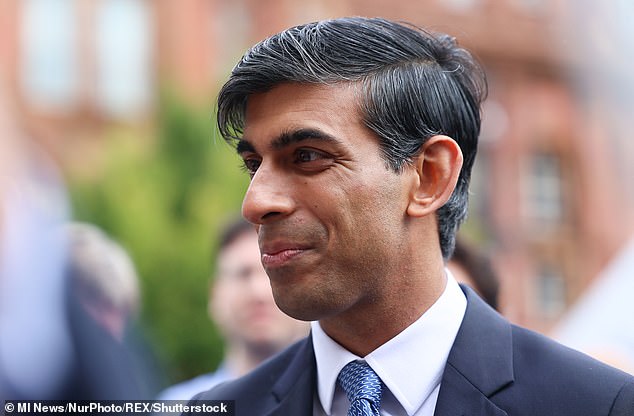