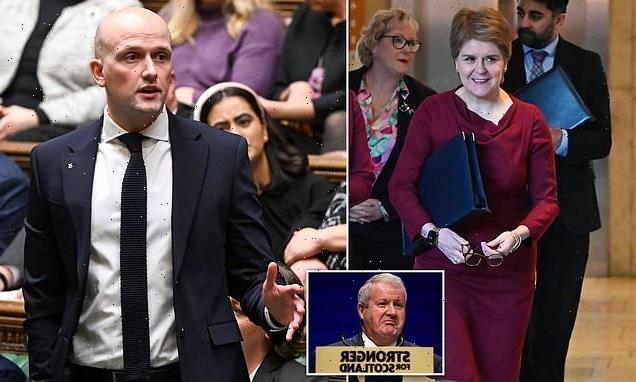 The new SNP leader in Westminster has denied allegations from ‘uninformed’ critics that he plotted a coup against his predecessor Ian Blackford.

Stephen Flynn said anyone who thinks he planned to seize power from Mr Blackford has watched ‘too much’ of the popular Netflix political drama House of Cards.

Mr Flynn was also asked about the fact that he launched a leadership bid just two weeks after publicly declaring on Twitter that he had ‘no intention of standing’.

The politician said he didn’t ‘necessarily change his mind’ when deciding to pursue the role of SNP leader, but noted that when he tweeted ‘there was no vacancy.’ 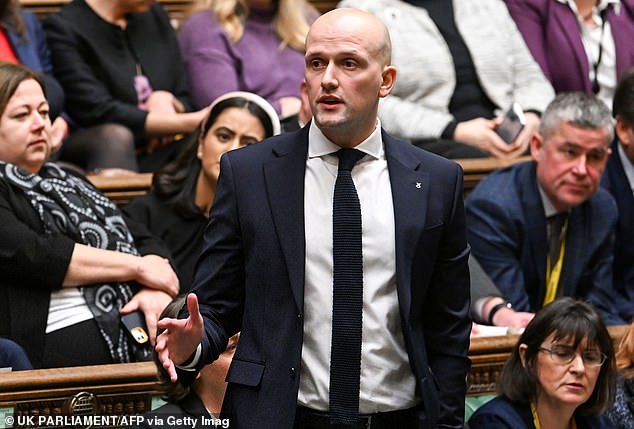 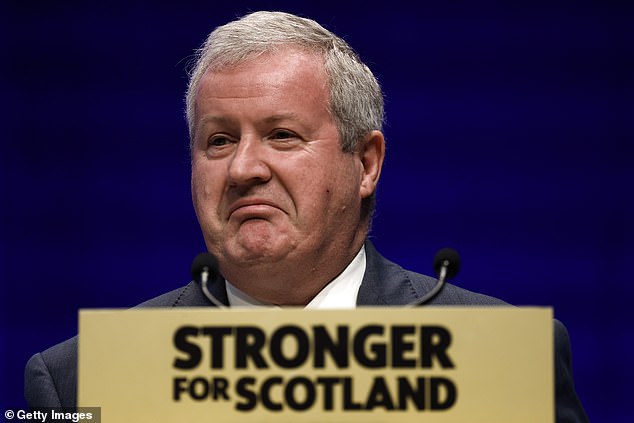 Mr Flynn, the MP for Aberdeen South, was chosen by the party’s Westminster group to be their new leader ahead of rival candidate Alison Thewliss.

He spoke to the BBC’s Drivetime programme today, where he was asked if he had plotted to become the new leader.

Mr Flynn said: ‘Of course not.

‘I think what we’ve seen over the course of recent days and recent weeks is that some folk have been watching a little bit too much House of Cards.’

Mr Flynn was referring to the political thriller, starring Kevin Spacey, that followed the life of Frank Underwood, a power-hungry US congressman who becomes president after a successful coup.

‘There’s been some very uninformed opinion in the public domain,’ the SNP leader added.

Mr Blackford said he would be stepping down as Westminster group leader last week, a position he had held since the 2017 election.

Last week First Minister and overall party leader Nicola Sturgeon said ‘no, it’s not a coup’ and told STV that Mr Blackford independently made a decision to go. 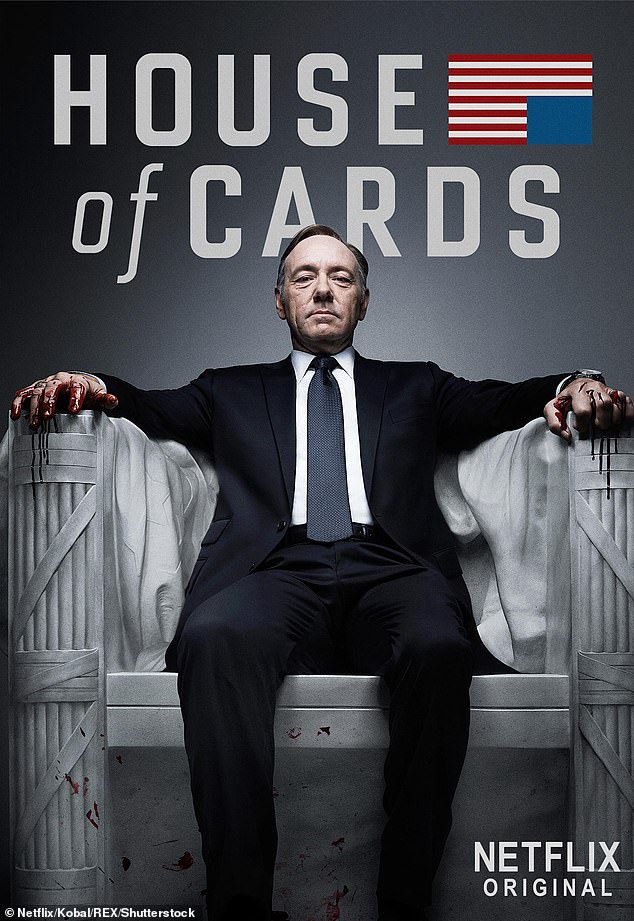 Mr Flynn said: ‘I think what we’ve seen over the course of recent days and recent weeks is that some folk have been watching a little bit too much House of Cards’ 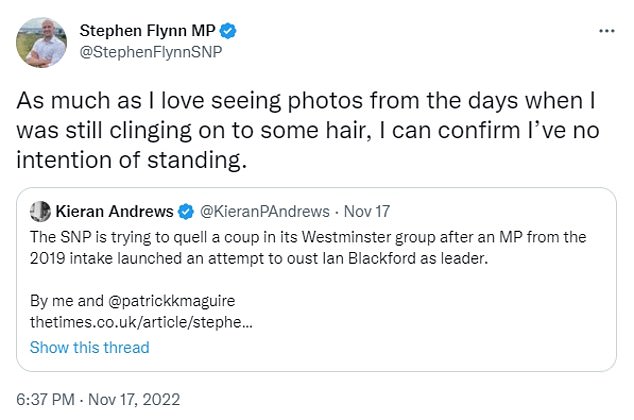 Mr Flynn had tweeted that he had ‘no intention of standing’ in response to a story saying a ‘coup’ was under way to replace Mr Blackford.

He said: ‘I don’t think I necessarily changed my mind.

‘When I tweeted in the public domain there was no vacancy.

‘We had a parliamentary group leader, we were waiting on the outcome of the UK Supreme Court, what changed was the fact that Ian opted to stand down.’

When Mr Wishart announced he was leaving the front bench, he published a letter saying he was ‘bemused’ that Mr Flynn felt it necessary for a change in leadership.

He said: ‘Ian himself took the decision to stand down and it’s for Ian to address any concerns that Pete might have in relation to that.

‘I can’t speak for Ian in that regard.’ 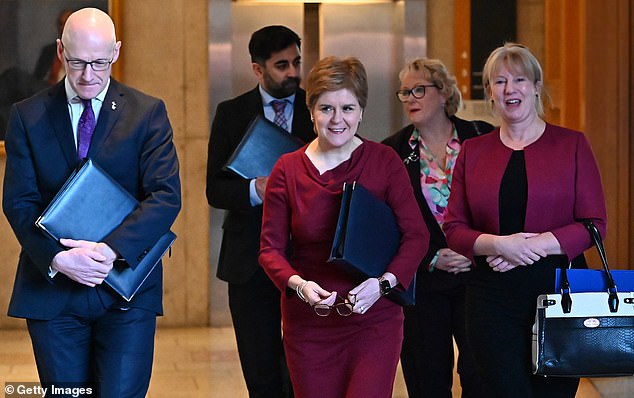 Mr Flynn also said he backed Nicola Sturgeon’s plan to treat the next general election as a ‘de facto referendum’ but added that party members would decide on exactly what this means. Nicola Sturgeon (centre) is pictured yesterday on the way to First Minister’s Questions in the Scottish Parliament

Mr Flynn issued his remarks today after a third member of Mr Blackford’s front bench team announced he was standing down to go to the back benches.

The new SNP group leader said he is currently assembling his front bench team, who would be a ‘dynamic set of folk’.

He said he looked forward to the new gender recognition law passing in Scotland, legislation which has proved divisive among SNP MSPs.

Mr Flynn also said he backed Nicola Sturgeon’s plan to treat the next general election as a ‘de facto referendum’ but added that party members would decide on exactly what this means.

He said: ‘I’m looking forward to us all coming together to really put the pressure on the Tories, to highlight the issues facing the people of Scotland in relation to the cost-of-living crisis, the damage being caused by Brexit, the complicity of the Labour Party in relation to that.

‘And, of course, the fact that Scotland has that democratic right to choose its own future.’ 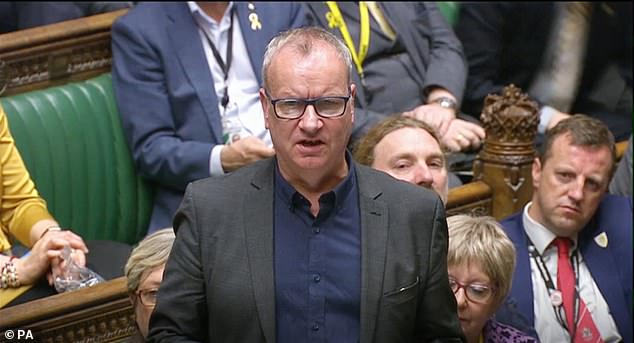 Pete Wishart announced yesterday he would not seek a senior role under Stephen Flynn and questioned his behaviour just days after he replaced Ian Blackford as the separatists’ leader in London. 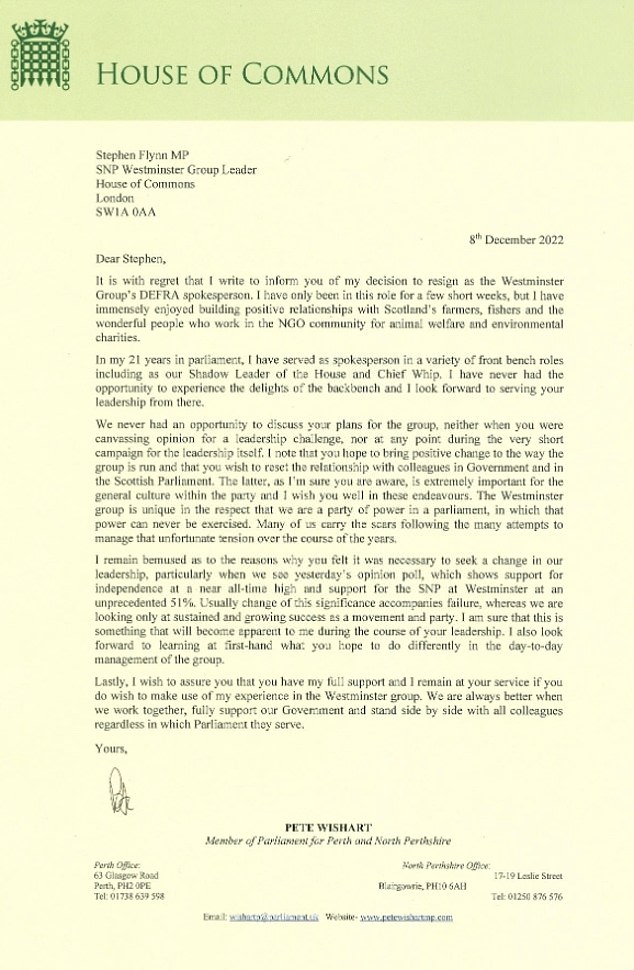 Mr Flynn’s remark comes just one day after senior Mr Wishart announced he would not seek a senior role under Mr Flynn and questioned his behaviour.

Mr Wishart, the MP for Perth and North Perthshire, said he was ‘bemused’ as to why Mr Flynn ‘thought it necessary to seek a change in our leadership’ at  a time when support for an independence Scotland was rising.

In his letter to Mr Flynn yesterday morning Mr Wishart, a former rock musician who has been an MP for more than two decades, said: ‘I remain bemused as to the reasons why you felt it was necessary to seek a change in our leadership, particularly when we see yesterday’s opinion poll, which shows support for independence at a near all-time high and support for the SNP at Westminster at an unprecedented 51%.

‘Usually change of this significance accompanies failure, whereas we are looking only at sustained and growing success as a movement and party.

‘I am sure that this is something that will become apparent to me during the course of your leadership.

‘I also look forward to learning first-hand what you hope to do differently in the day-to-day management of the group.’

Mr Wishart has held a variety of front bench posts, most recently serving as the group’s Department for Environment, Food and Rural Affairs (Defra) spokesman.

However, the Perth and Perthshire North MP said Mr Flynn has his ‘full support’, adding ‘I remain at your service if you do wish to make use of my experience in the Westminster group.’