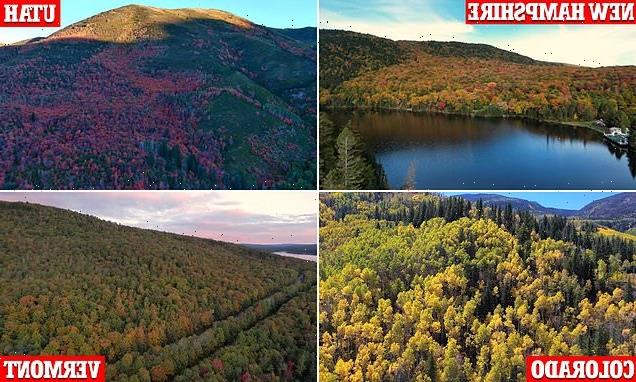 Drone footage from New Hampshire, Colorado, Vermont and Utah shows breathtaking hues ranging from purple to yellow breaking out across the country as fall officially moves in

Less than two weeks into fall, nature is already revealing incredible colors and foliage linked to the season.

Recent drone footage shows that autumn has officially arrived across the United States, and has brought along with it some magnificent hues.

The Balsams Resort, nestled right on the lake in the New England town, looks quaint as a camera flies overhead, displaying the miles of fall foliage ranging in color from dark green to bright red. 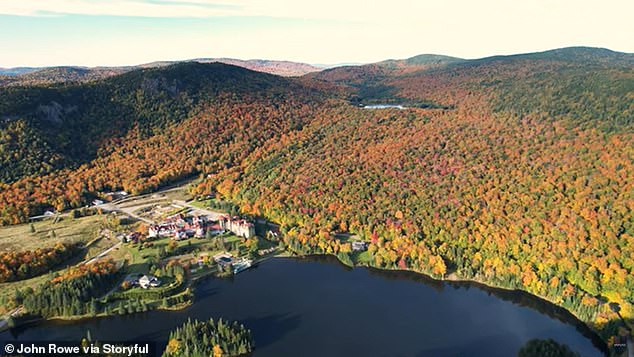 Drone footage taken in Dixville Notch, New Hampshire, shows the incredible colors of the trees just a week and a half after fall officially began 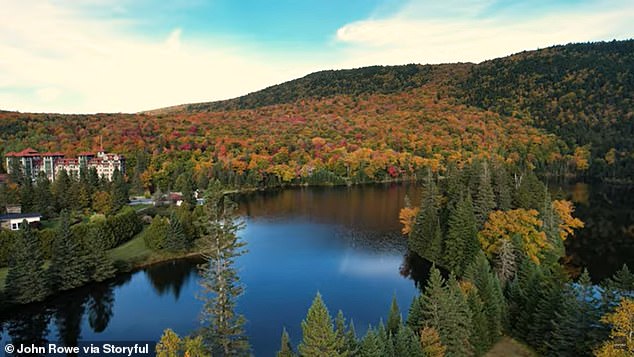 Drone footage slowly pans over miles and miles of trees in the picturesque town.

Then the camera flies over the lake, displaying the mountains surrounding the resort and the lake itself.

According to one outlet, the changing leaves are right on track for those who flock to New Hampshire to see the fall colors.

The video was taken on September 30 and the colors are only expected to become even more present and vibrant in the coming days and weeks.

‘The fall colors were ablaze,’ Rowe wrote on his YouTube channel.

Similarly, across the United States, new colors were moving into Utah. 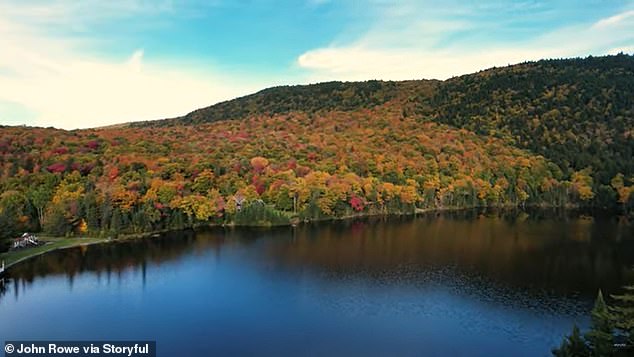 Unlike the more yellow and orange tints shown in the New Hampshire footage, Midway, Utah is experiencing dark purples and reds in footage captured on September 30.

The nearly two minute video features acres of trees with some small glimpses of homes in the area.

‘These spectacular fall colors are smothering this Utah mountain resort!’ said Chris Williams, the man who took the video. 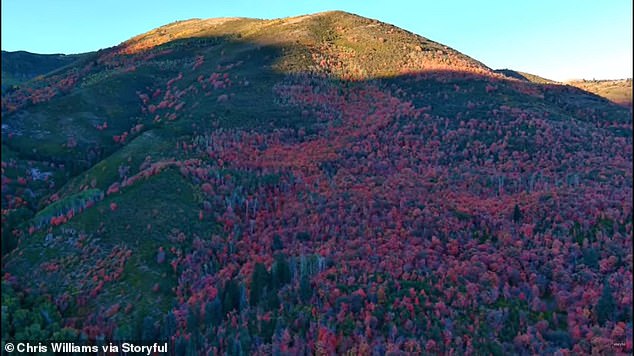 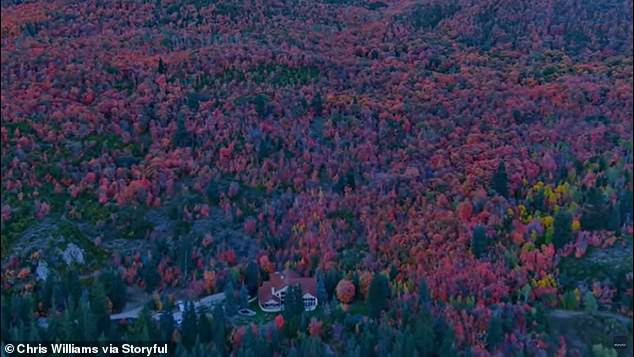 Some bursts of yellow pop through the purple, red, and green trees is Midway, Utah

Rowe’s drone also captured some of the first colors of fall near Jobs Pond in Orleans County, Vermont, striking footage shared to Facebook on September 27 shows.

He also got stunning visuals of Norton, Vermont, which recently received a bit of sun after a stretch of rainy weather.

‘After another cloudy day the sun popped out just before sunset,’ Rowe wrote in his Facebook caption. ‘Enjoy this short video showing the current foliage conditions in the area.’ 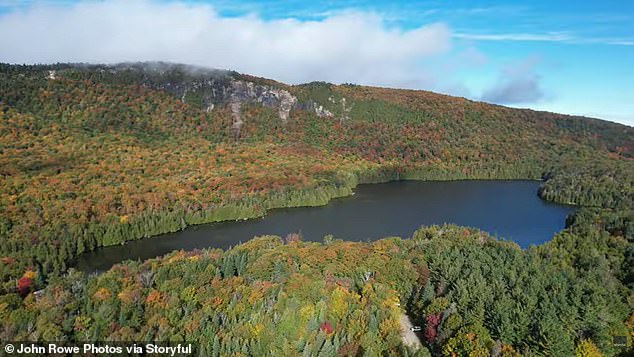 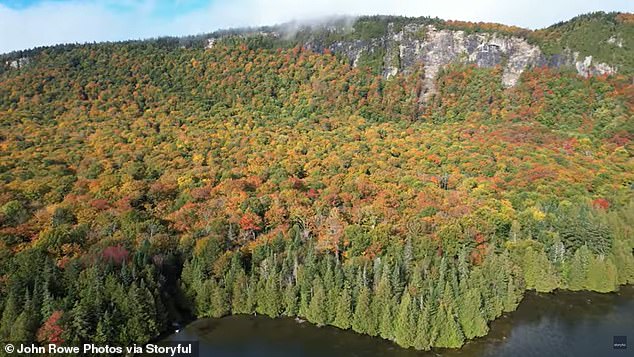 Breathtaking photos from Orleans County, Vermont show thousands of trees on the hilly terrain leading up to a lake 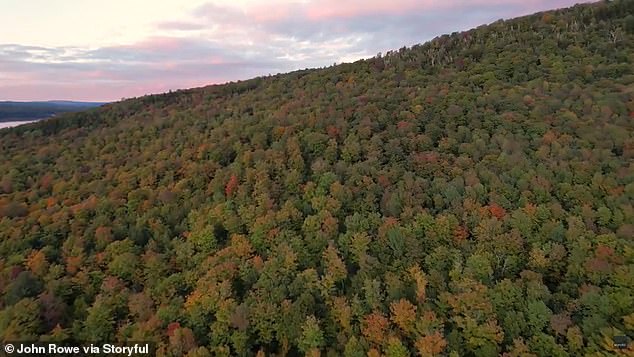 One day after fall began, trees were just starting to show signs of the season’s arrival 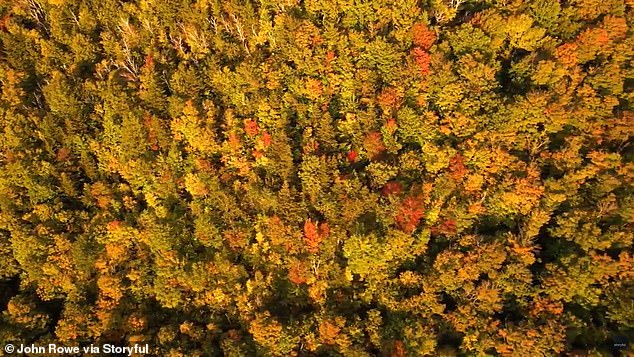 More traditional autumnal colors, yellow, orange, and even light browns, could be seen in Vermont in drone footage taken in Norton

In Colorado, Barry Stevenson caught the greens and yellows over the over the upper Fryingpan Valley.

‘The shiny deep colors are due to a relatively wet summer in this area of the state,’ Stevenson said.

The man, who told Storyful that he is a filmmaker, ‘regularly’ documents nature for his work. 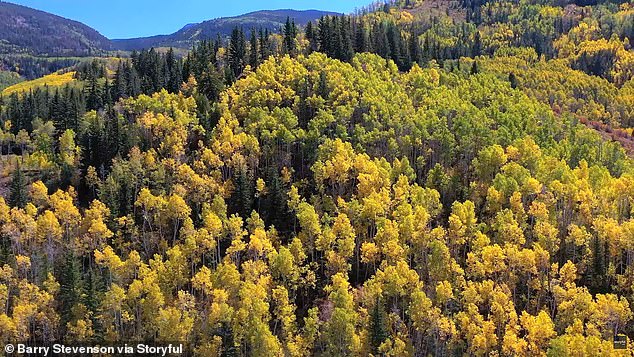 Not all of the trees in each video are on the same page, however.

According to PopClock.com, genetic variation can be one reason that some trees, even of the same species, change faster or slower than those around it.

‘Trees change color when they sense that the days are getting shorter and the temperatures are dropping, and genes play a key role in how trees sense the approaching winter. But genetic variation among different species of trees, and even different individuals within a species, causes some trees to turn color earlier than others,’ a newsletter states.

What causes the leaves to change each year, though? The answer, of course, comes down to the science of nature. 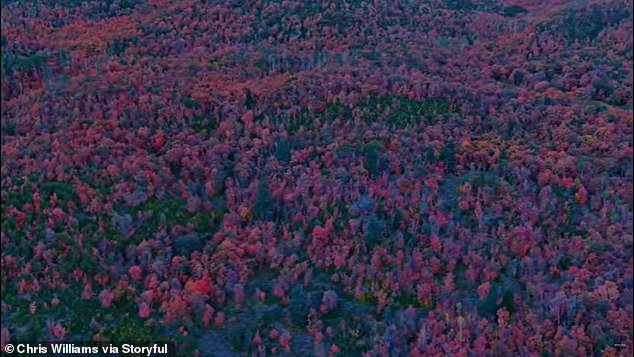 An article published by the SUNY College of Environmental Science and Forestry explains that each year, the process kicks off due to the rotation of the sun and it’s direct impacts on plants and greenery.

‘In the fall, because of changes in the length of daylight and changes in temperature, the leaves stop their food-making process. The chlorophyll breaks down, the green color disappears, and the yellow to orange colors become visible and give the leaves part of their fall splendor,’ the article states.