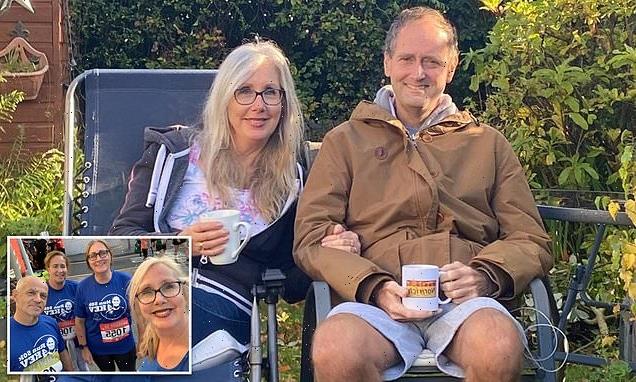 ‘Superfit’ father, 51, dies of lung cancer after realising he was sick when his parkrun times slowed down

A super-fit dad who went to see his GP after clocking slower Parkrun times than usual has died of lung cancer.

Kevin Leonard, 51, realised something was wrong was when it took him 10 minutes longer than normal to complete the weekly 5km run.

He would normally complete the course in just over 19 minutes, so to take nearly half an hour – combined with a persistent cough – prompted him to seek medical help.

Two courses of antibiotics didn’t improve his health and within a couple of weeks was so breathless he had to go A&E.

His wife Eben, from Cardiff, said: ‘It was just really unusual. He was such a fit and healthy person.

‘The doctors at A&E couldn’t find anything but sent him to the hospital for a CT scan. He went for the scan at the University Hospital of Wales on December 23. 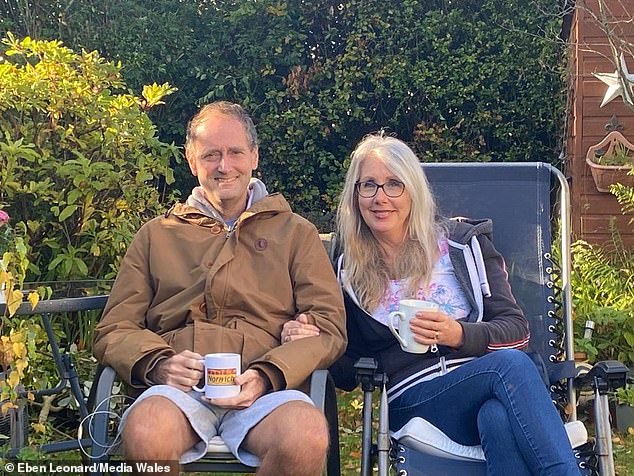 Super-fit dad Kevin Leonard, 51, (left) who went to see his GP after clocking slower Parkrun times than usual has died of lung cancer

‘Kev phoned me to say that the doctors wanted to see me. I couldn’t understand why they would want to see me.

‘They explained that the clots were a sign that the blood was changing and getting stickier in the right lung, which is a sign of cancer.’

It was a shock for the family of the journalist who had worked for BBC Wales, Cardiff University, and the South Wales Echo during his career.

Kevin was still able to walk around and further tests were carried out in the new year but ‘the worst possible news’ came after an operation to remove the cancer in March 2020 was halted.

Eben said: ‘When they went in to carry out the lobectomy on the lung they realised the cancer had progressed to stage four. 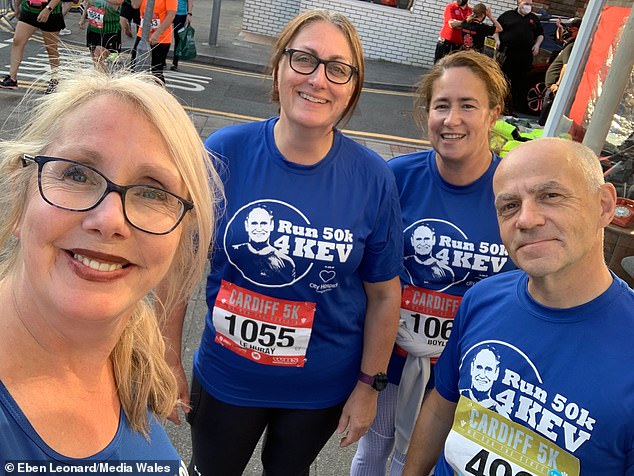 ‘They explained to my daughter and I that it had been what they described as an open and shut operation because they couldn’t operate.

Throughout this gruelling time Kevin remained positive and continued to keep his family’s spirits up.

But the treatment was hard on his body and several times he ended up needing hospital treatment.

By September last year the cancer had moved to his bowel and Eben says it was then that they ‘felt time slipping away.’

It was decided to pause treatment for a time and while the family were able to celebrate a ‘nice’ Christmas together Kevin’s health deteriorated.

Eben said: ‘It was nice but we couldn’t have done it without the help of the nurses from the City Hospice in Cardiff.

‘It was thanks to them that Kev was able to stay at home with us. They would visit daily and we were able to keep Kev comfortable and stable.

‘They were also great for me because they were able to gently prepare me for what was to come. I think I still tried to hold onto some hope but they could read what was happening and helped me through it.

‘Kev was getting worse and worse and died on February 18.’

Six months on the family are now turning their grief into a positive and using Kevin’s love of running to raise money for the hospice that helped the whole family so much.

The Run 50k 4 Kev challenge encourages participants to run, walk, or cycle 50km during September with the money going to City Hospice.

Cardiff’s local hospice is the only provider of home-based specialist palliative care in the Welsh capital. 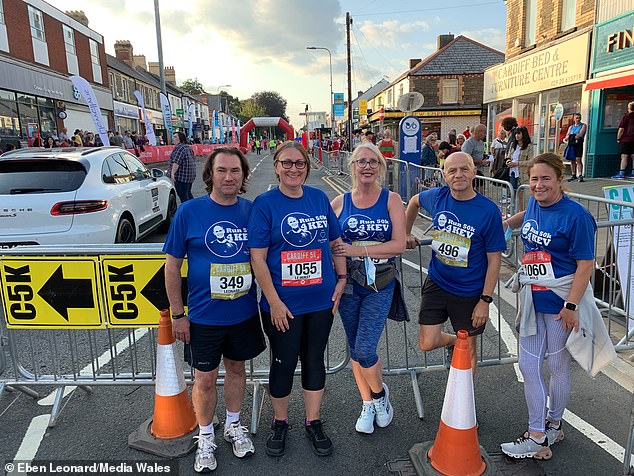 The Run 50k 4 Kev challenge encourages participants to run, walk, or cycle 50km during September with the money going to City Hospice

The charity provides care to 550 patients with terminal or life-limiting illnesses at any one time in addition to counselling and support services for families.

Eben says: ‘Losing Kev at the age of 51 to the cruel disease of lung cancer has been heartbreaking. During the darkest of times City Hospice provided immeasurable care for us – managing Kevin’s symptoms and allowing him to be cared for at home, safe from Covid.

‘We want to give back to this amazing charity and are combining the love Kevin had for the outdoors with fundraising for City Hospice to say thank you.

‘We’re putting on our trainers to complete 50k in our ‘Kevathon’ this September to raise £10,000 for this wonderful charity who helped us beyond measure.’

Family, friends, colleagues, former colleagues, and members of the community have come together this month for the fundraiser and there are even people in other parts of the UK and as far afield as Australia taking part.

Eben said: ‘The response has been amazing. Kev was always so positive about running that it felt like the ideal way of helping those who helped us so much.

‘After Kev died we had hundreds of cards and lots of them talked about how he had inspired them to run, how they would stop on the stairs at work to talk about the last Parkrun.

Running to fundraise seemed like the right thing to do and we are so grateful for the support.’

Outside of his profession Kevin was a prolific runner and passionate fan of both Cardiff City FC and the Wales national football team.

Eben said: ‘His funeral was so moving. Because of Covid the numbers were restricted but so many people lined the roads for him.

‘He was a massive Cardiff City fan so lots of people were dressed in blue and there was a beautiful tribute to him and others during the club’s first home game last month.’

‘We’re delighted that over 250 people have ordered T-shirts ready for the challenge and will be following their progress every step of the way. The generous support will enable us to continue to care people in our community when they need us the most.’

To donate to the fundraiser, visit the campaign’s JustGiving page.