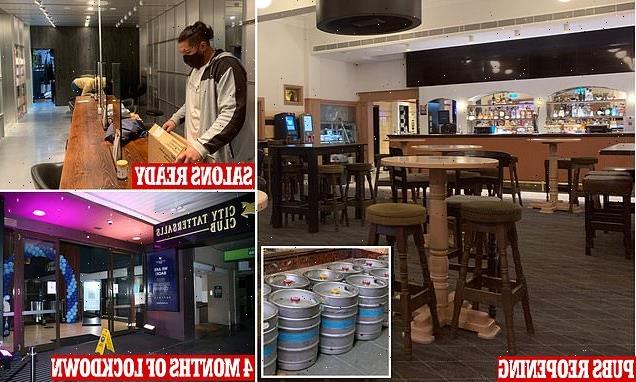 Locked down Sydneysiders prepare to hit the pub, pokies and even hair salons at midnight as millions finally approach freedom after months of gruelling lockdown

Cooped-up Sydneysiders are preparing to swarm the city’s pubs, pokies and even hairdressers at the stroke of midnight, with fully-vaccinated residents finally free to hit the town and see their mates after 106 long days cooped up in their homes.

NSW’s gruelling Covid-19 lockdown is set to end at at 12:01am on Monday after the state smashed its 70 per cent vaccination target last week.

The milestone means most business can return to trading once again but with some capacity limits in place.

Venues across the city spent Sunday evening frantically preparing to for the incoming rush of patrons who can’t wait another minute longer cut off from their friends and family.

But NSW Police have set up a late-night roadblock along Parramatta Road and other main routes into the city to prevent unvaccinated lockdown rule breakers from heading into the CBD. 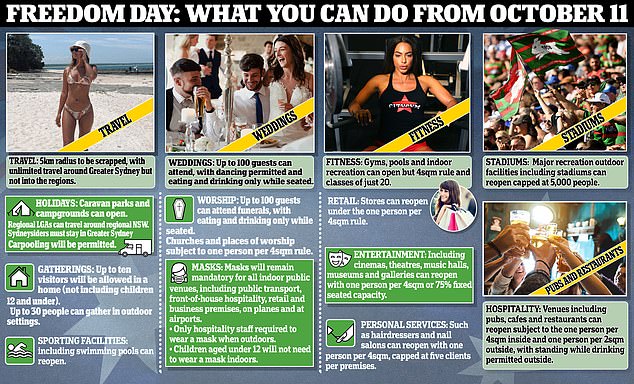 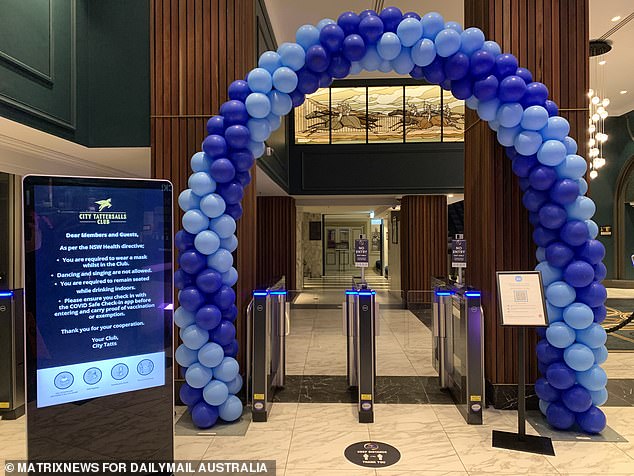 Tattersalls Club in Sydney’s CBD set up a ring on balloons to welcomes its patrons back on Monday at 12.01am 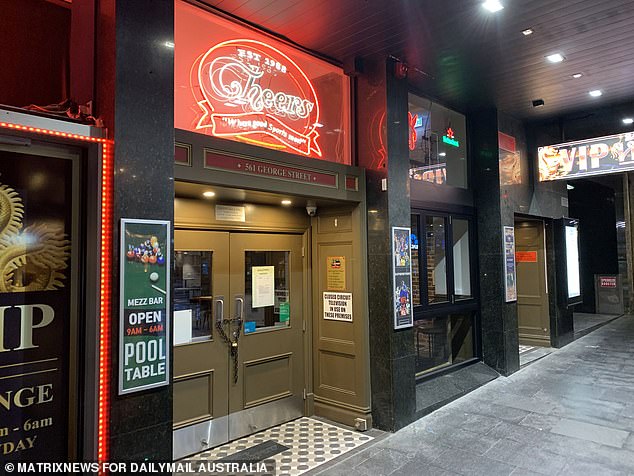 Cheers sports bar in Sydney’s CBD is awaiting a rush of customers at 12:01am on Monday 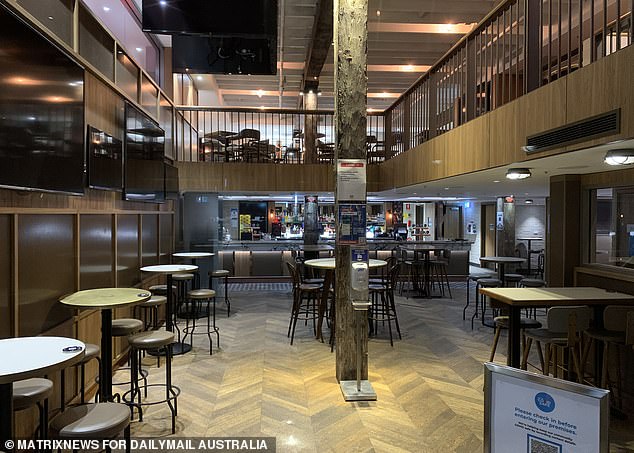 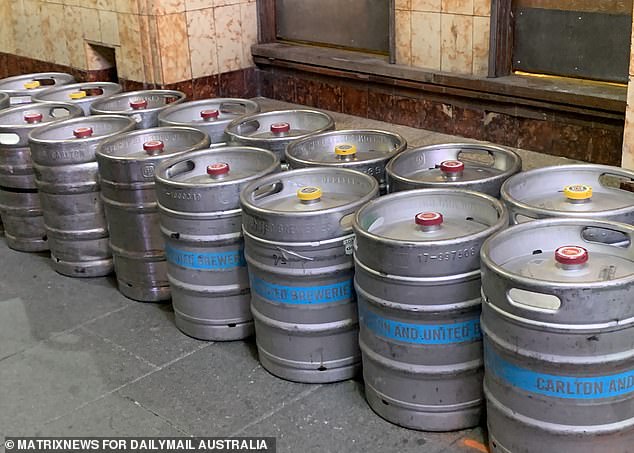 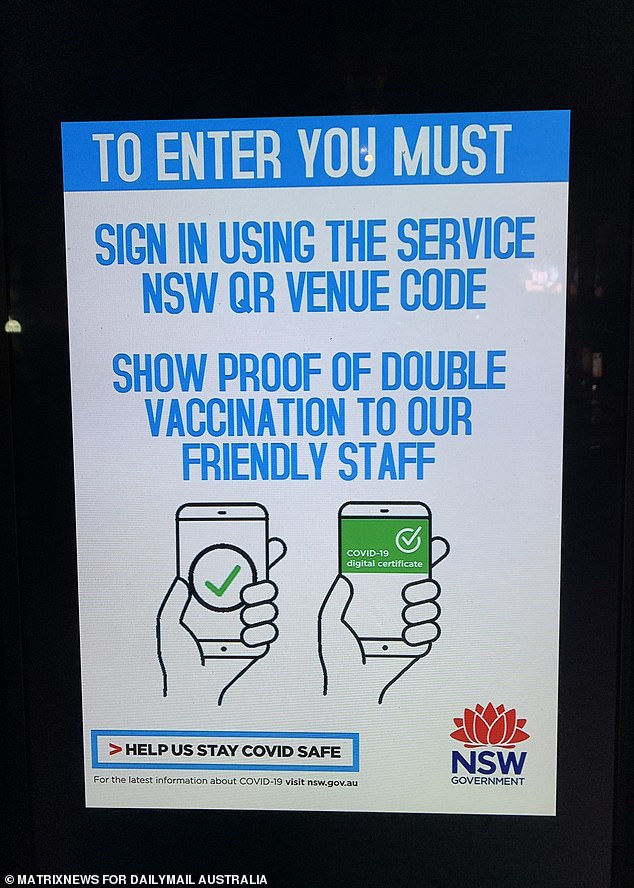 It’s been a particularly miserable three and half months for the coronavirus-ravaged Harbour City with residents subject to extremely harsh restrictions including the 5km travel bubble and even curfews in parts of the west.

But with the horror winter months now in the rear view mirror and the state prepared to ‘live with the virus’, it’s now party time once again.

At major clubs including Tattersalls in the CBD and Wests Ashfield in the inner west, beer keg after beer keg was rolled in the cellar room and hooked up to the taps in anticipation for the momentous occasion.

Tables and chairs have been thoroughly cleaned in line with Covid safety protocols and set up for the influx of patrons.

Their entrances are also lined with banners that say ‘Welcome back’. 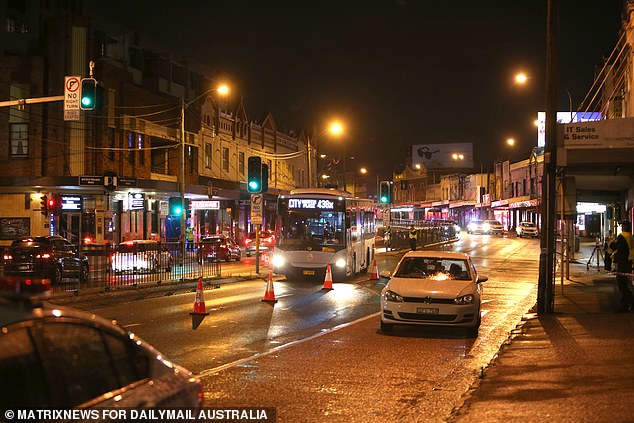 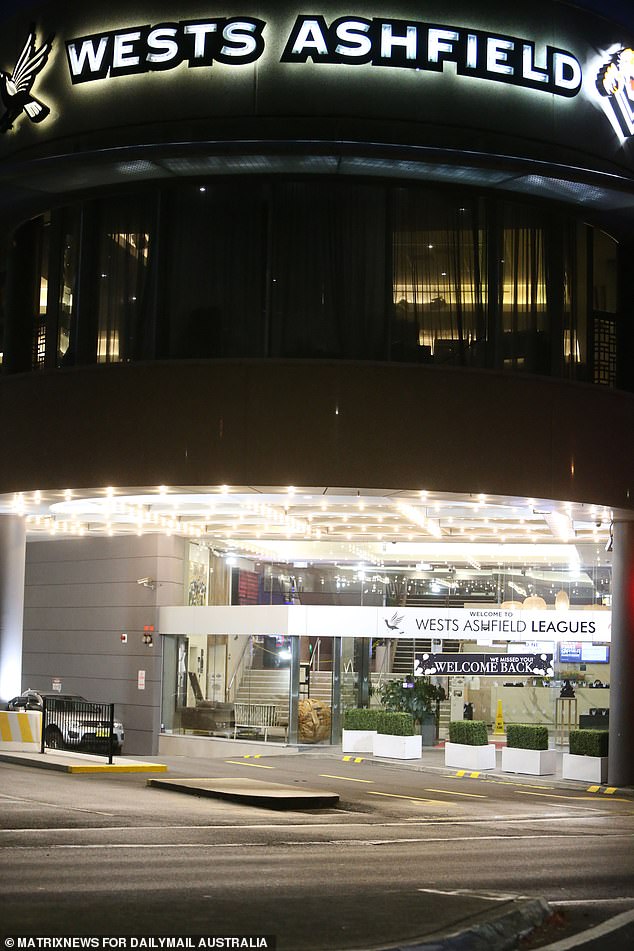 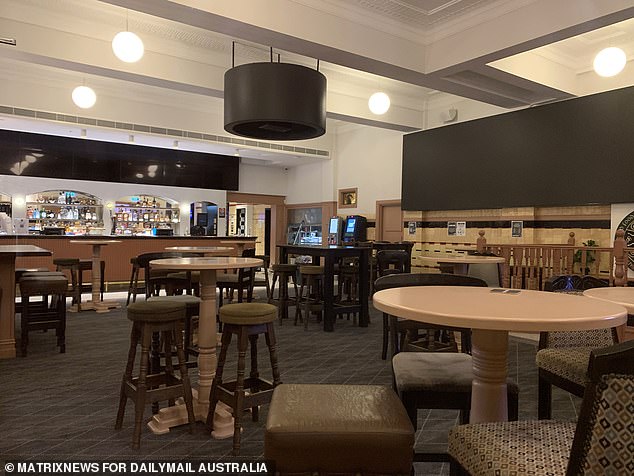 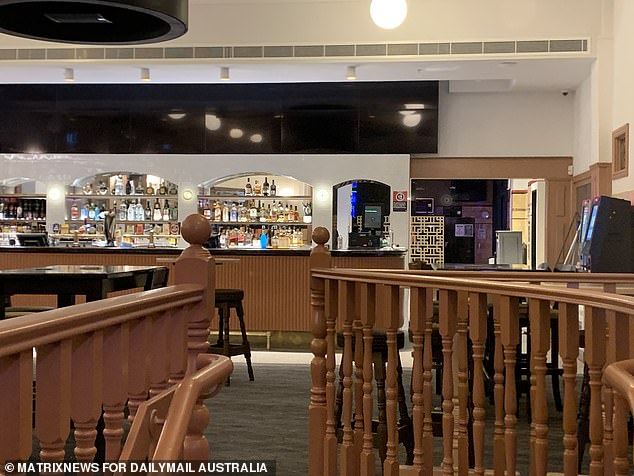 But pubs and clubs aren’t the only venues raring to go at midnight, with barber shops, hairdressers, nail salons, eateries and even retail stores busy putting the final touches on.

One of the most hated lockdown restrictions was the ban on hair salons which meant Sydneysiders have not been able to get their locks chopped for months.

Staff at Alan Buki Hair in Oxford Street said they’ve got appointments booked in for midnight who can’t wait to get a new do.

Even stores that aren’t planning to open tonight have been taking the time to restock and clean their stores ahead of what is set to be a massive day of trade tomorrow. 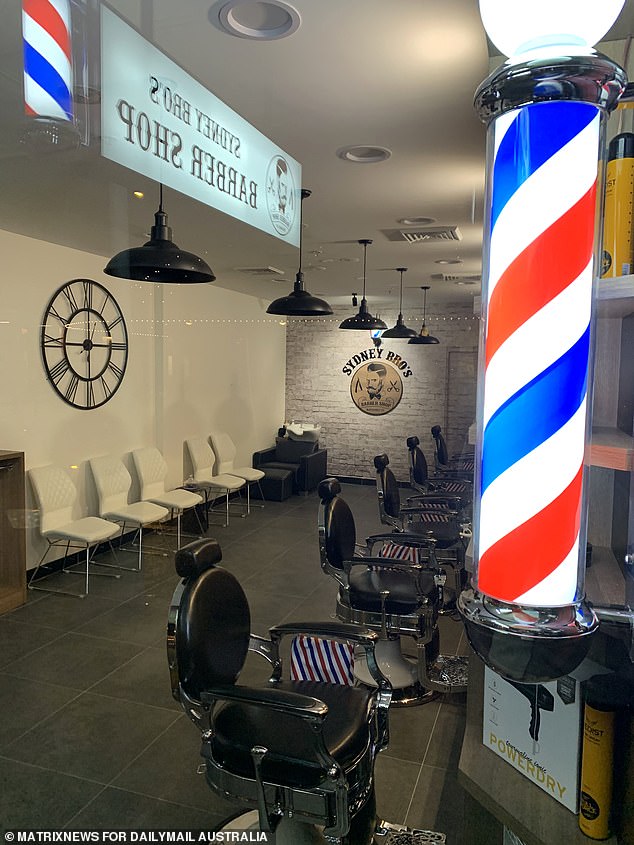 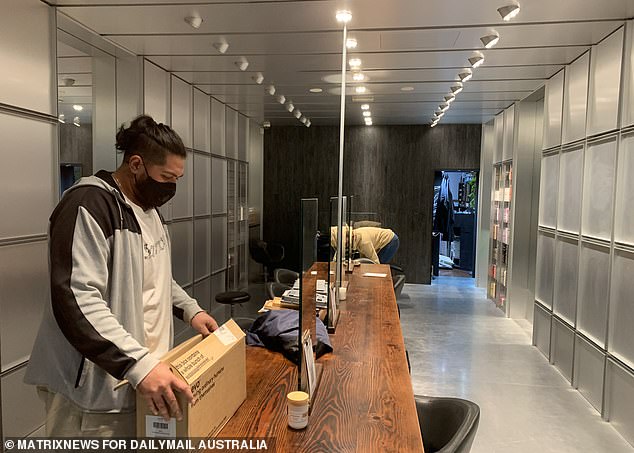 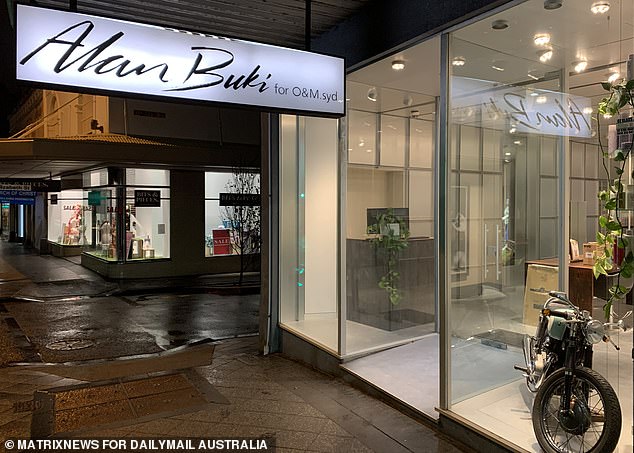 One of the most hated lockdown restrictions was the ban on hair salons which meant Sydneysiders have not been able to get their locks chopped for months. Pictured: Alan Buki Hair in Sydney’s Paddington 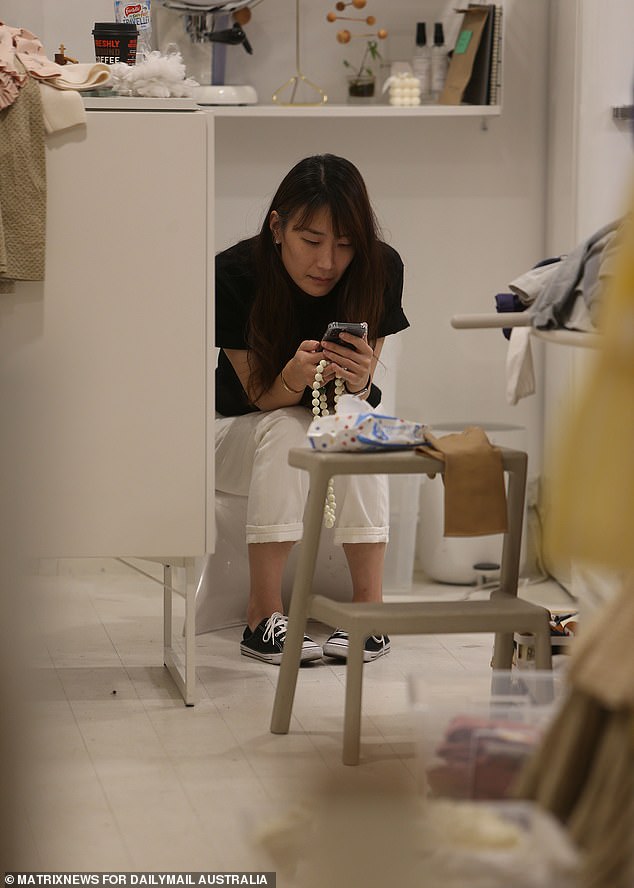 WHAT CAN I DO TODAY?

If you’ve had both shots of the vaccine you can now travel beyond the 5km bubble.

Sydneysiders can now move about anywhere across the Harbour City as far as the Blue Mountains, Central Coast, or Shellharbour.

Those living in regional areas are free to travel throughout the state.

But intrastate travel between Sydney and regional areas is still a no-go.

DRINKING AND GOING OUT:

Double-dosed residents can now head back to the pub with the one person per sq/m rule in place.

Dancing and standing up indoors is still banned, with nightclubs keeping their doors shut

You can also have up to 10 friends inside their home or gather with 30 outdoors.

Your are now free to get a table at your favourite café or restaurant with the one person per sq/m rule also in place.

Again, only the fully-vaccinated are allowed

Gyms are now open to the fully vaccinated with up to 20 people allowed to workout indoors or in a class.

You can once again browse your favourite shops with retail stores allowed to operate under the one person per sq/m rule.

Catch a movie at the cinema with all  indoor entertainment facilities allowed to trade at 75 per cent capacity.

This means theatres are also open, as are museums.

Personal services like haircuts are also permitted with five people allowed in the salon.

Nail salons, barbers and massage parlors will also be open.

Under the eased restrictions 10 double-dosed visitors are now allowed in the home with 30 permitted to gather outdoors.

Ousted state leader Gladys Berejiklian’s original roadmap had previously set the cap at five indoors and 20 outside, however just 24 hours after being sworn into office Mr Perrottet made the call to increase the capacity limits.

He also doubled the number of vaccinated guests permitted to attend weddings and funerals with 100 people able to take part in the ceremony, but they must remain seated when eating and drinking.

Face masks are no longer mandatory outdoors with the exception of hospitality workers actively serving customers.

Gyms, cafes, restaurants, pubs, bars, non-essential retail, libraries and churches can operate under the one person per 4sqm rule but nightclubs will remain closed.

Hairdressers and beauticians will also welcome back vaccinated clients but are restricted to a maximum of five in the premises at one time.

Indoor entertainment facilities such as cinemas, theatres, music halls, museums and galleries can reopen with one person per 4sqm or 75 per cent fixed seated capacity.

Double-jabbed residents will now be able to venture more than 5km from their home with Sydneysiders able to venture anywhere across the Harbour City and even as far as the Blue Mountains, Central Coast, or Shellharbour.

Those outside of Sydney are also free to move about but intrastate travel is still off the cards between regional areas and Sydney for roughly another two weeks.

Further restrictions will be eased later this month once NSW hits 80 per cent vaccination, before freedoms open up to the unvaccinated from December 1.

Greater Sydney was plunged into lockdown on June 25 after a string of coronavirus cases in the Bondi area were linked to a limo driver ferrying international flight crew.

Health authorities drastically underestimated the speed at which the Delta variant would tear through the Harbour City with infections quickly becoming too much for the state’s contact tracers to handle.

Since the first known case on June 16 there have been 62,847 locally acquired transmission resulting in 487 deaths.

At its height the daily case number reached a spike of 1573 prompting harsher measures were brought in across Western Sydney, including curfews, to try and stop the spread.

As supplies of Pfizer eventually started to roll in, the state’s vaccination pace skyrocketed and those soaring case rates have now dropped to below 500 cases a day.

There are now 73.53 per cent of the population over 16 who are fully-vaccinated in NSW, with a staggering 90.33 per cent already receiving their first dose. 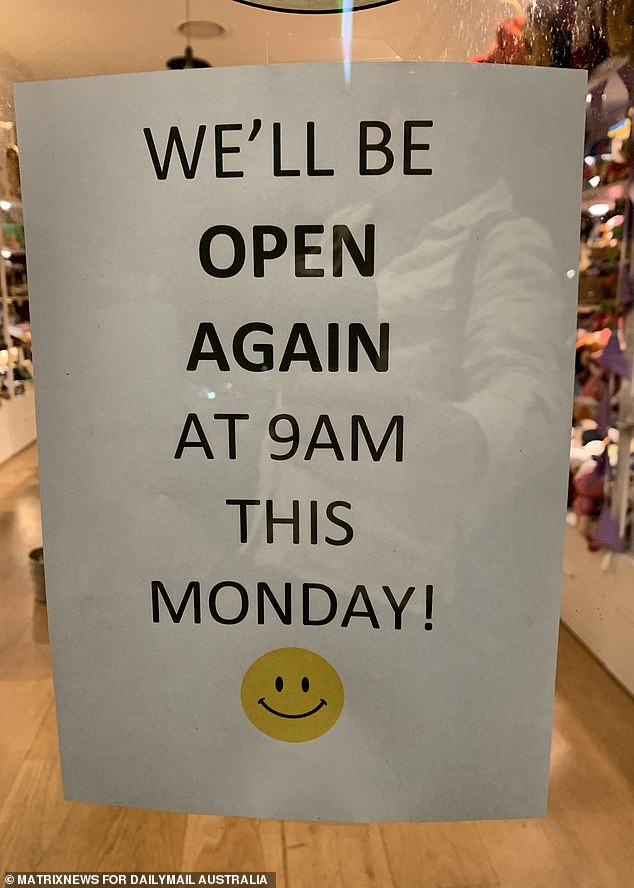 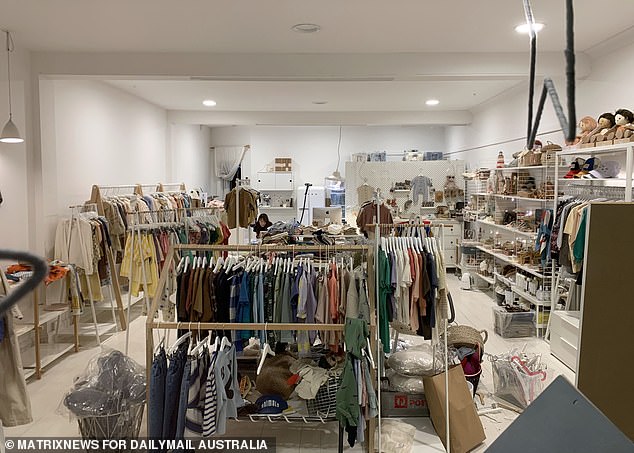 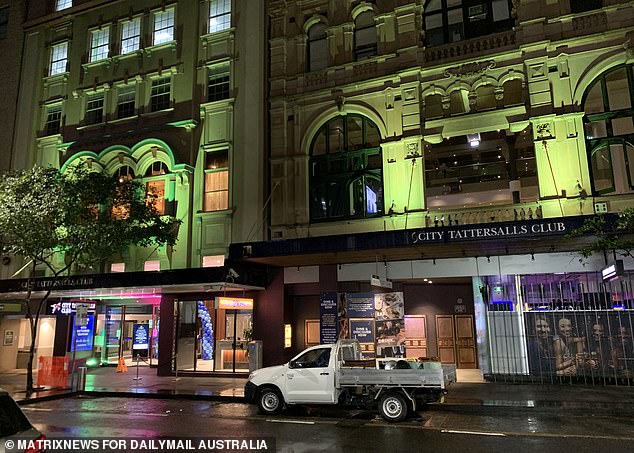 Tattersalls Club Sydney is all set to welcome back its patrons from 12:01am on Monday