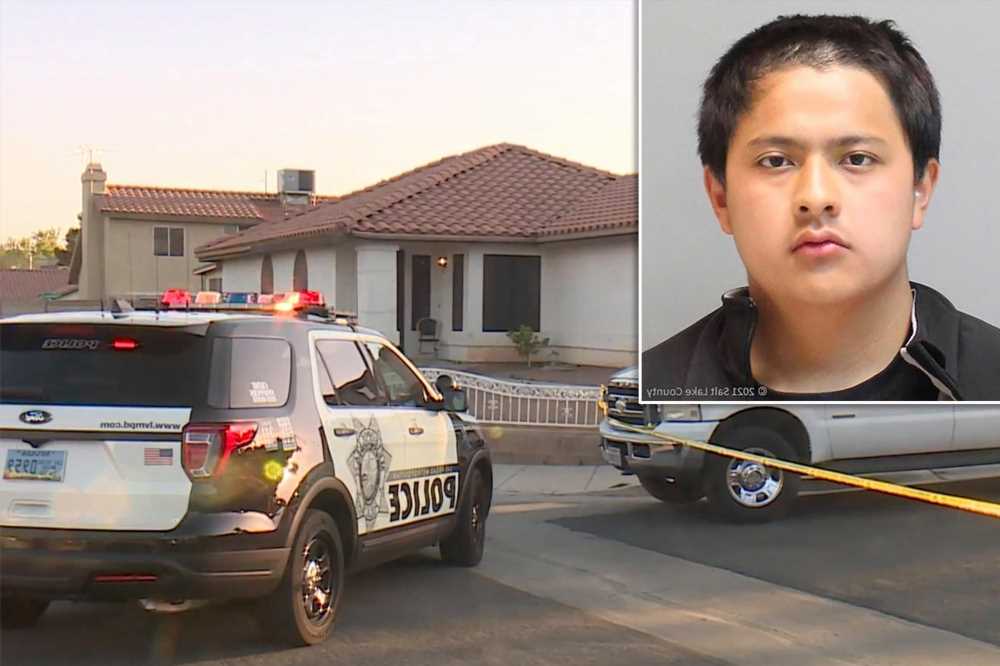 Lower East Side man to cops: ‘I just murdered my brother’

A teenage girl and her boyfriend were busted for allegedly killing her father in Las Vegas, according to police and reports.

Aaron Guerrero, 18, and his 16-year-old girlfriend — identified by FOX 5 as Sierra Halseth — were arrested in Salt Lake City and will be extradited back to Nevada on charges of open murder, Las Vegas police announced Tuesday.

The pair are accused of killing the girl’s dad, Daniel Halseth, 45, whose burned body was discovered in the garage of his Las Vegas home on Friday. Investigators said evidence showed Halseth was killed prior to the intentionally set fire.

Police allege that they tried to dismember the body with the power tools prior to setting the home on fire, KTNV reported.

A search of the home revealed a large burn area in the living room with blood nearby, as well as a chainsaw and a handsaw with “apparent blood and tissue” on it, police said.

The teens were ultimately tracked down via surveillance footage showing them leaving in Halseth’s blue Nissan Altima, police records cited by KVVU show.

Halseth’s former wife, Elizabeth Helgelien, was once a GOP state senator who was elected at 27 as the youngest person to the Nevada Senate in 2010, the newspaper reported.

Halseth was arrested for a domestic violence incident involving his then-wife in October 2011, later receiving six months of probation after pleading guilty to two counts of coercion and battery, according to the newspaper.

Helgelien filed for divorce in November 2011 and resigned her seat in 2012. The couple had three children, according to the report. It wasn’t immediately clear if Sierra is one of them.

Helgelien told cops they remained close following their divorce, and said more than $1,300 was taken Thursday from accounts she shared with Daniel the day before his body was found.

Investigators reportedly believe Guerrero was dating Halseth’s daughter — but the pair had been barred from seeing each other because they allegedly planned to rob their parents and run off to Los Angeles.

An arrest warrant for Guerrero shows that his mother told cops he had dated the the teen from June through December.

Guerrero then ran away from home after his and Halseth’s parents agreed they should no longer be together, KVVU reported.