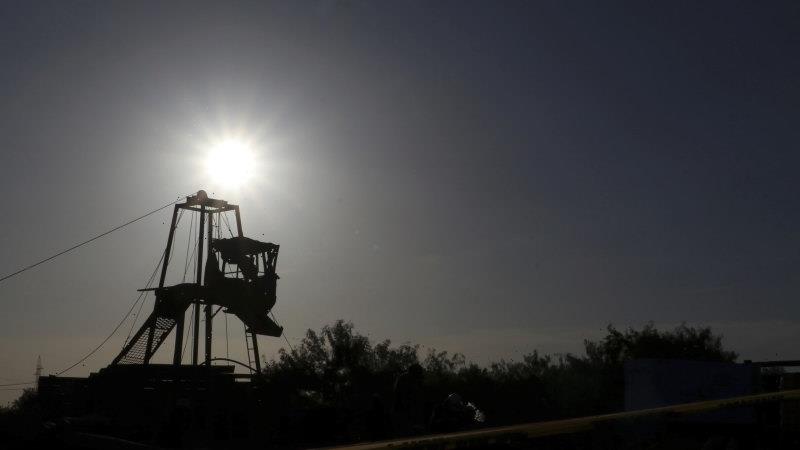 Mexico City: Mexico will ask both a German and a US company to help rescue 10 miners who have been trapped in a coal mine for nearly two weeks, officials said on Tuesday, as families urged quicker action to save the trapped men.

The Foreign Ministry did not immediately respond when asked which two companies it contacted. 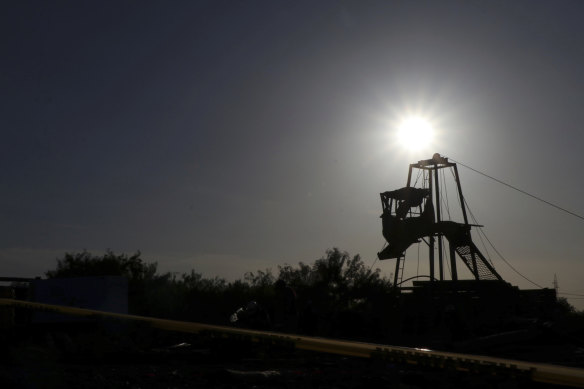 A tower that is used by the rescue team to enter to the mine where miners are trapped in Coahuila state, Mexico.Credit:AP

The miners became confined underground at the Pinabete mine in the northern border state of Coahuila on August 3 when a tunnel wall collapsed, triggering flooding throughout the mine.

Water surged more than halfway up the 60-metre mine shafts, and officials have struggled to extract enough water and debris such as piping and wooden planks to be able to safely send rescue teams into the mine.

Laura Velazquez, head of Mexico’s civil protection agency, said Mexican officials, including the Foreign Ministry, would speak with the companies on Tuesday.

“They are two companies that will give us an opinion to determine our actions with more precision,” she told a regular government news conference.

Engineers meanwhile are pumping water out of Pinabete while working on sealing off the nearby Conchas Norte mine – where water that has accumulated for more than 25 years is now rushing into Pinabete due to the underground tunnel collapse.

Relatives of the trapped miners said their frustration has mounted with each delay and blamed the government for not acting faster.

“They haven’t been able to solve anything,” said Javier Tijerina, whose brother Hugo Tijerina is trapped below.

“It’s an embarrassment that this country doesn’t have rescue personnel who are trained and prepared for situations like these.” 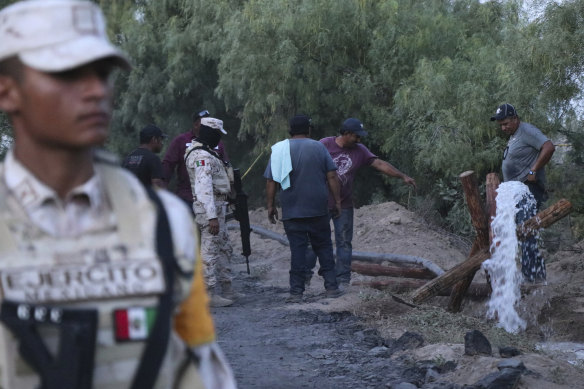 Volunteers drain water from a flooded and collapsed coal mine in Mexico.Credit:AP

Hugo’s wife Erika Escobedo said she was trying to keep hope of seeing her husband again, yet was concerned officials may have missed a chance to find the miners when water levels were lower several days ago.

“It’s all going so slowly … They had to get them out when they still could,” she said.