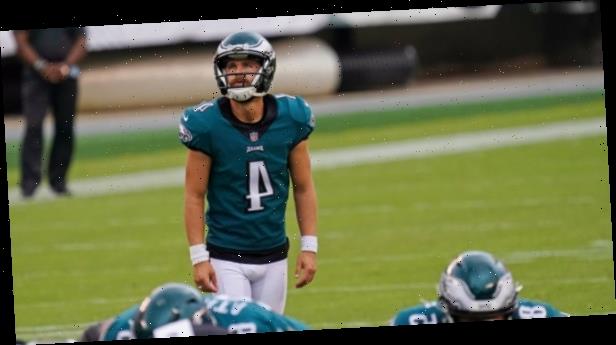 In 2018, the Philadelphia Eagles conquered football. They did so, in part, thanks to math. Doug Pederson, relying on exhaustive analytics, made the most optimal decisions of any head coach in the NFL.

In 2020, the Eagles are winless – in part due to a decision that clashed with those same analytics.

That’s according to none other than EdjSports, a data analysis company to which the Eagles subscribed en route to their first Super Bowl victory. Three seasons later, after those same Eagles played for a tie against the Cincinnati Bengals, EdjSports analyst Ian O’Connor ran hundreds of thousands of simulations of the end of overtime. He found, via the company’s trusted model, that Pederson’s decision to punt on fourth-and-12 with 19 seconds remaining cost the Eagles 9 percentage points in win probability.

The model considers a tie as half a win. And it told O’Connor that attempting a 64-yard field goal actually would have been the least optimal decision. But had the Eagles gone for it on fourth down, their “Game Winning Chance” would have been 60.3%. When they decided to punt, their GWC fell to 51.3%.

“A lot of these coaches … they play more not to lose than to win sometimes,” O’Connor told Yahoo Sports Sunday night. And he explained why the Eagles were wrong to do just that.

Why kicking was the worst option

With 19 seconds remaining, on fourth-and-7 from the Cincinnati 41, the Eagles lined up for a 59-yard field goal. EdjSports liked that decision. The field goal was within kicker Jake Elliott’s range. At that point, Philly’s win probability was 68.6%, O’Connor said.

Then a false start penalty pushed the Eagles back five yards, to the Cincinnati 46. Many fans wanted Pederson to let Elliott attempt a 64-yarder, which would have tied the NFL record.

This, however, was the worst of his three options, with an associated win probability of 46% – meaning it would have given the Eagles a better chance to lose than to win. That’s because, as Pederson later argued, a miss would have given the Bengals a first-and-10 on the Philly 46 – with around 13 seconds remaining, enough time to run two plays before a field goal attempt of their own. The probability of Elliott making a 64-yarder was lower than the probability of the Bengals scoring after a (likely) Elliott miss.

Why going on fourth down was the best option

Going for it, though, was the best option for several reasons, O’Connor explained. The Eagles had no more timeouts, but 19 seconds would have allowed them to convert the first down, get to the line, and spike the ball before time expired. Converting, therefore, would have given Elliott a makable field goal – 52 yards or shorter.

That 60.3% win probability also factors in a possible defensive penalty, which would have stopped the clock, and perhaps given the Eagles a chance to gain even more yardage before attempting a game-winner.

It factors in a possible 10-yard gain that doesn’t pick up the first down, but does give the Bengals the ball at their own 36 with 13 seconds, no timeouts, and very little hope of winning the game.

Even if Carson Wentz threw an incompletion, and Philly turned the ball over on downs, EdjSports would have pegged their win probability at 46.2%, O’Connor said. In other words, even if the Eagles made the correct decision and failed, they were more than 90% likely to escape with a tie. (Remember, the EdjSports model treats a tie as 50% of a win.)

Punting was always the wrong option

After sending on the punt team, Pederson appeared to second-guess himself. A few members started to run back toward the sideline – then hesitated. And … it was too late. The play clock expired. The Eagles took a delay of game penalty.

And in a rare moment of sports outrage harmony, data scientists agreed.

Pederson, at his postgame news conference, seemed to already be coming to terms with his mistake. “Hindsight’s 20/20, I guess,” he said. “I’ll look at that decision tomorrow, with clear eyes.”

And, sure enough, Pederson spoke to 94 WIP in Philadelphia Monday morning. “Looking back on it, I would’ve probably gone the other way, and taken a chance, maybe a shot down the field,” he said.

“Looking back, you probably put it in your quarterback’s hands to win the game.”