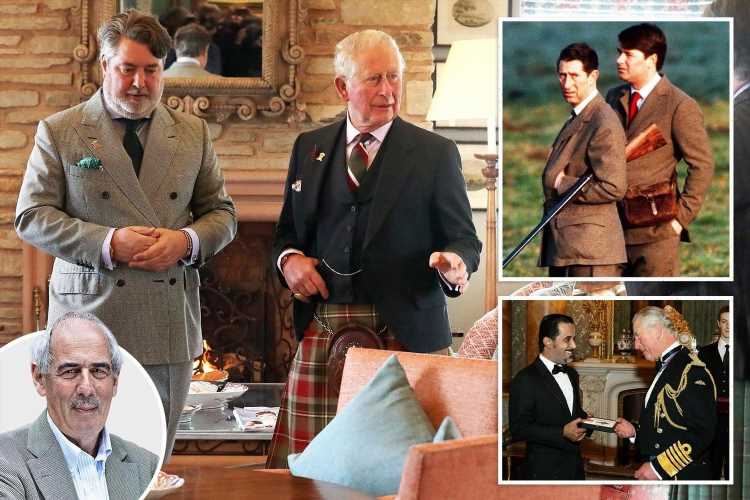 MIRED in allegations of sleaze, Prince Charles is this weekend fighting for his reputation – and to quash a potential threat which could prevent him from becoming King.

That threat comes from his 40 years’ employment of Michael Fawcett, a man of whom Charles has said: “I can manage without just about anyone, except for Michael.” 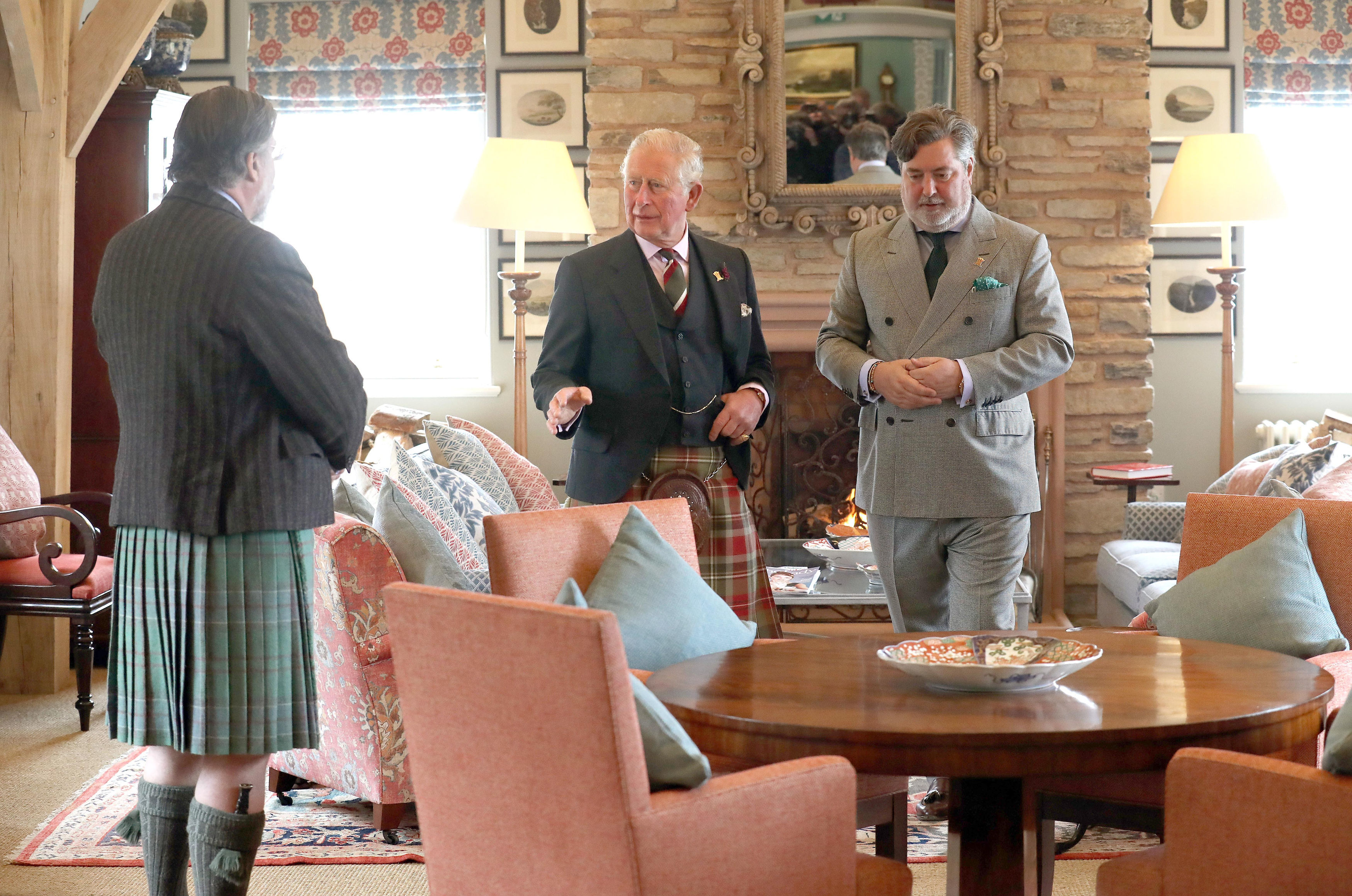 As one of Charles’s senior staff observed: “The man who puts the death mask on the King will be Fawcett.”

Last week, Fawcett, 58, was temporarily suspended as chief executive of Charles’s The Prince’s Foundation after claims he fixed an honour for a Saudi businessman in return for donating more than £1.5million to Charles’s charities.

The issue Charles, 72, faces is whether he knew about Fawcett’s promises in a letter to Mahfouz Marei Mubarak bin Mahfouz, 51.

Through a spokesman, we learnt Charles was allegedly “shocked” and “surprised” by the exposure of Fawcett’s alleged demands to Mahfouz.

But considering Fawcett’s money-raising activities for the prince over the past 30 years, Charles’s “shock” is hard to believe.

Fawcett wrote to Mahfouz in 2017, allegedly indicating that in return for his money, the Saudi would get a knighthood, British citizenship and more private meetings with Prince Charles.

Fawcett’s letter appeared to make a direct connection between Mahfouz getting Charles’s support for a knighthood and citizenship in return for his money.

In an unusual move, Charles’s office issued a statement denying he knew about Fawcett’s offer in exchange for money, but the history of Fawcett’s successful operation over the past decades to raise more than £60million for the prince’s charities will inevitably raise questions over Charles’s denials.

Accused over the years of being a “rent-a-royal”, Charles has been repeatedly photographed with foreign multi-millionaires at his own charity dinners and events to raise millions for the Prince’s Trust and to rebuild Dumfries House and the Castle of Mey in Scotland.

Guests apparently paid up to £500,000 for an opulent dinner with Charles. Fawcett arranged those events and negotiated the donations. The question Charles faces is whether he knew Fawcett was allegedly demanding millions in return for access to himself.

Mahfouz, who denies any wrongdoing, was not entirely disappointed. The £1.5million he gave to Charles’s charities was rewarded by private meetings with the prince and a private ceremony at Buckingham Palace in November 2016, when Charles awarded the Saudi with an “honorary” CBE.

Mahfouz’s generosity was also remembered by Charles in naming a wood, gardens and benches after him at some of Britain’s oldest and most celebrated buildings.

His donations helped renovate Dumfries House, saved for the nation by Charles in 2007 but without the £30million needed for its restoration and maintenance.

Fawcett’s rise from a humble valet in Buckingham Palace in 1982 to being indispensable to Charles has been marked by a series of astonishing accusations. He has resigned twice before.

The first was after being accused of bullying in 1998 but he was later reinstated, becoming the prince’s personal assistant.

And again in 2003 for selling royal gifts. He was cleared by an internal inquiry of any financial misconduct and had denied any bullying.

Renowned as “The Fixer” — albeit within the law — and “The Enabler”, he became Charles’s indispensable perfectionist to smooth his master’s existence. The prince never travelled without Fawcett, who provided the luxury he demanded day and night.

Every morning, Fawcett reportedly filled Charles’s bath and laid out his clothes. He discreetly replaced the royal lavatory paper, cleaned up mess, washed by hand the royal boxer shorts and tested the royal boiled eggs.

At each of Charles’s homes he supervised every detail: That gravel on the drive was raked, paintings were hanging precisely, the cushions properly stacked, kitchens supplied with organic food, the elaborate flower arrangements refreshed daily and the dining table covered with the appropriate linen tablecloth, silver cutlery and candlesticks.

Operating like a general in a regiment, Fawcett the gatekeeper was given the keys to the front and back doors of Charles’s homes — and control over his life. 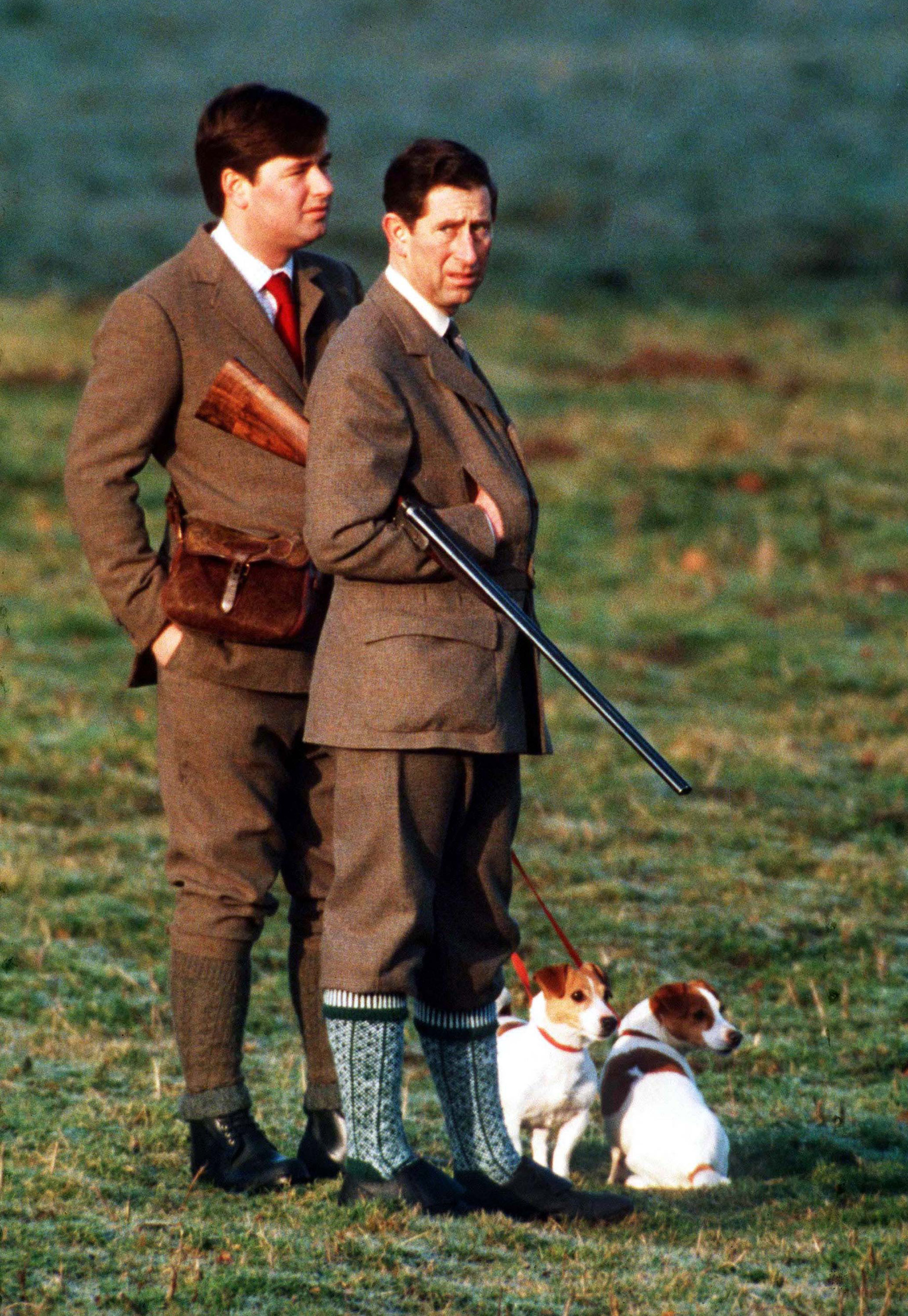 The Queen is said to dislike him. She is said to have cringed when his name was mentioned. When she saw Fawcett at Charles’s wedding to Camilla, it is claimed she said loudly to Prince Philip: “Oh look, there’s Fawcett. He’s got so fat.”

After Camilla’s divorce, when she was near penniless, Fawcett provided the food, clean clothes and a driver to ensure her comfort. When Charles succumbed to the demand by five of his staff that Fawcett be removed over the allegations of bullying, it was Camilla who rode to the rescue.

Hearing that Charles and Fawcett were seen crying together in Highgrove, Camilla is said to have stormed into the house, saying: “I hear you’re being beastly to Michael and I’m angry with all of you.”

Charles wailed: “It’s not my fault. They made me do it.”

Fawcett was reinstated and his five accusers were removed. Fawcett’s authority was magnified.

And Charles has consistently protected the man vindictively dubbed “Fawcett the Fence”.

Undoubtedly, Fawcett had sold valuable gifts given to Charles, including a Rolex Daytona watch worth £3,500. 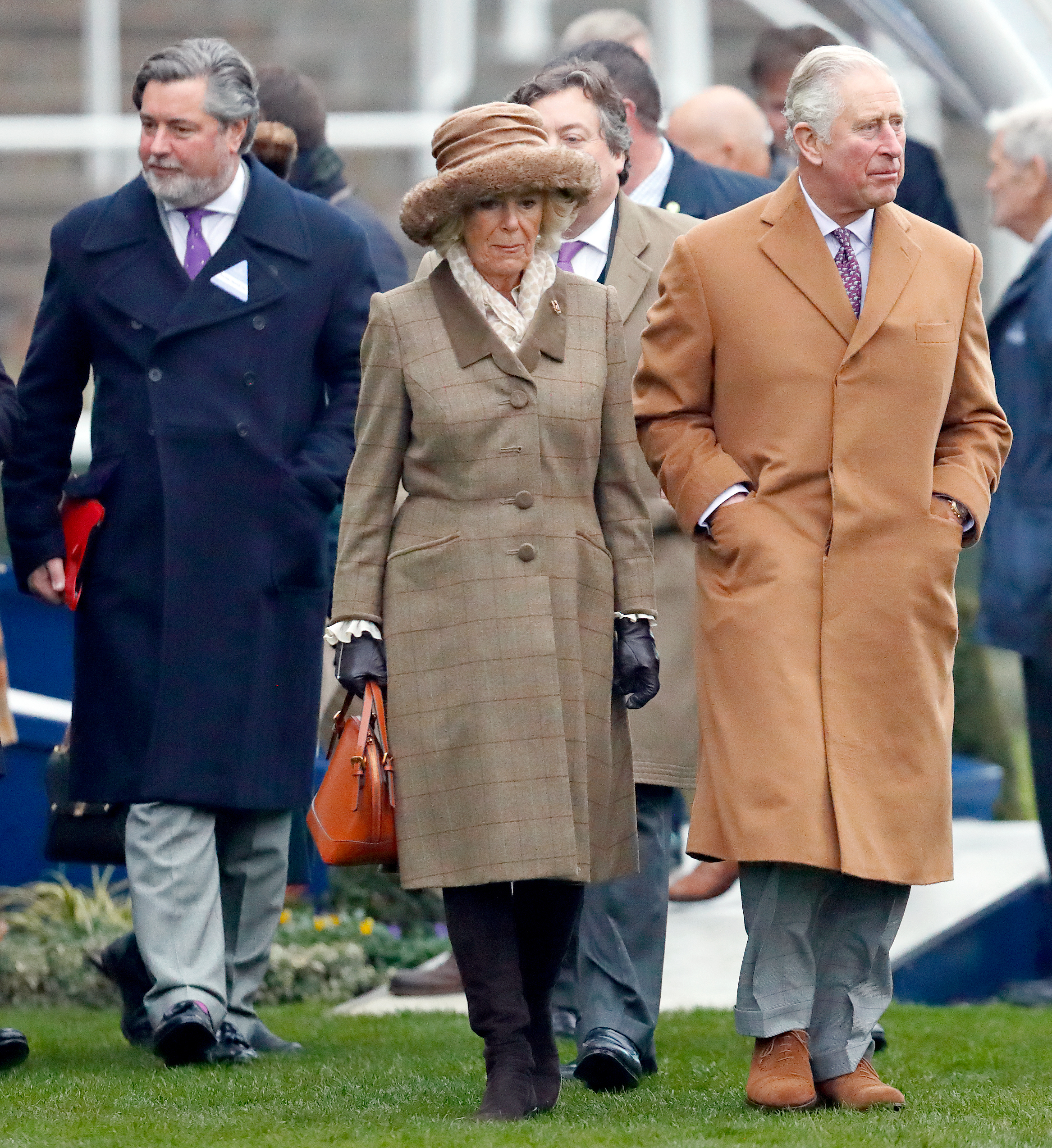 And he was alleged to have broken regulations by accepting presents from royal suppliers, including a £3,000 club membership and a Rolex watch.

He was subsequently cleared of wrongdoing. Under pressure to get rid of him in 2003, Charles pleaded that Fawcett was irreplaceable. In truth, he was also unsackable. Fawcett knew all the secrets that would endanger Charles’s succession.

If he ever chose to sell his story to the media, he would not only earn at least £20million but could destroy Charles’s hopes of becoming King.

Fawcett’s actions were seen as “errors” and excused by a Palace investigation. Fawcett, the Palace investigators declared, was the victim of “jealousy and friction” among his staff. He had acted with Charles’s authorisation.

To minimise the criticism, Charles agreed Fawcett should resign but made his exit package generous.

Fawcett received £500,000 in severance pay, the right to remain in his grace-and-favour home in Richmond, South West London, and a three-year contract for his events company Premier Mode Ltd.

One of his first commissions was for William’s 21st birthday party for 300 hundred people and a contract to supervise the rebuilding of Clarence House, and then Dumfries House and Castle Mey. The problem was finding the millions to pay for their restoration.

Fawcett was introduced into the world of seducing the ultra-rich to pay for access to Charles by an American, Robert Higdon.

Higdon had been hired in 1995 by Charles to raise money for his charities. The activities, though not illegal, are highly controversial.

Higdon brought many billionaires to Charles’s parties, and they gave £1million — and more — in charitable donations to sit next to Charles at dinner. Ambitious to take control from Higdon, Fawcett argued constantly with the American. After 14 years’ employ-ment, Higdon was fired — and he blamed Fawcett.

“I didn’t like their Machiavellian behaviour, the dishonesty. They weren’t straight.”

Higdon claimed that Charles knew every detail of his agreements with the American billionaires: How much they had paid and where they would sit at dinners. Higdon also arranged for Charles to use the billionaires’ yachts and private jets.

According to Higdon, every detail was discussed between himself and Charles, including the size of the donation. Fawcett was an excellent student of Higdon’s skills. On Charles’s orders, he approached a galaxy of property developers, bankers, lawyers, accountants and foreign billionaires from both sides of the Atlantic, Saudi Arabia, Latvia and Kyrgyzstan for money.

Implicit in the request for donations was the opportunity of a lunch or dinner with Charles and an assurance that a sizable donation would be rewarded with a room or bench named after the sponsor.

Among the many beneficiaries was Manuel Colonques, a Spanish tile manufacturer. In return for £1.6million, Colonques was allowed to invite 250 guests to Buckingham Palace for a dinner, captured over 36 pages by Hello! magazine.

There was also a private dinner with Charles and an invitation to Kate and William’s wedding. Charles also asked that Colonques “donate” an “Islamic garden” of 70,000 handmade mosaic tiles to Highgrove. “We gave the garden to him,” said the Spaniard’s spokes-man. “And he repaid us with a dinner for our clients.”

Fawcett’s blatant techniques to raise money through “rent-a-royal” were met by Charles’s approval.

Among many controversial donors recruited by Fawcett was Cem Uzan, a Turkish businessman who, according to a fixer, “Wanted to be photographed with Charles and get the Christmas card”.

Fawcett explained that a £200,000 donation would guarantee his wife Alara could sit next to Charles at a dinner. The next day photographs of both Uzans with the prince were posted across the world. Cem Uzan was later indicted for racketeering in Turkey and sentenced in his absence to 23 years in prison.

Those controversial arrangements were apparently ignored by Charles, for good reason. After four years, Fawcett had raised £19million for his charitable foundation. But Charles’s appetite for money was apparently insatiable.

It was a familiar pattern with Mahfouz Marei Mubarak bin Mahfouz — only now it threatens to end in disgrace for Fawcett and possibly Charles.

Fawcett will be reprimanded, Charles will be exonerated and Fawcett will not be cast out.

This time, however, the risk to Charles is much bigger. Over recent months the public mood towards the monarchy has changed.

Charles must fear that if Fawcett alleges the prince did know about the claimed promises to Mahfouz, the public may well demand that, on the Queen’s death, Charles forsakes his Crown for William.

That is the deadly risk Charles faces. His fate is in Fawcett’s hands.
lTom Bower is author of The Rebel Prince, The Power, Passion And Defiance Of Prince Charles. 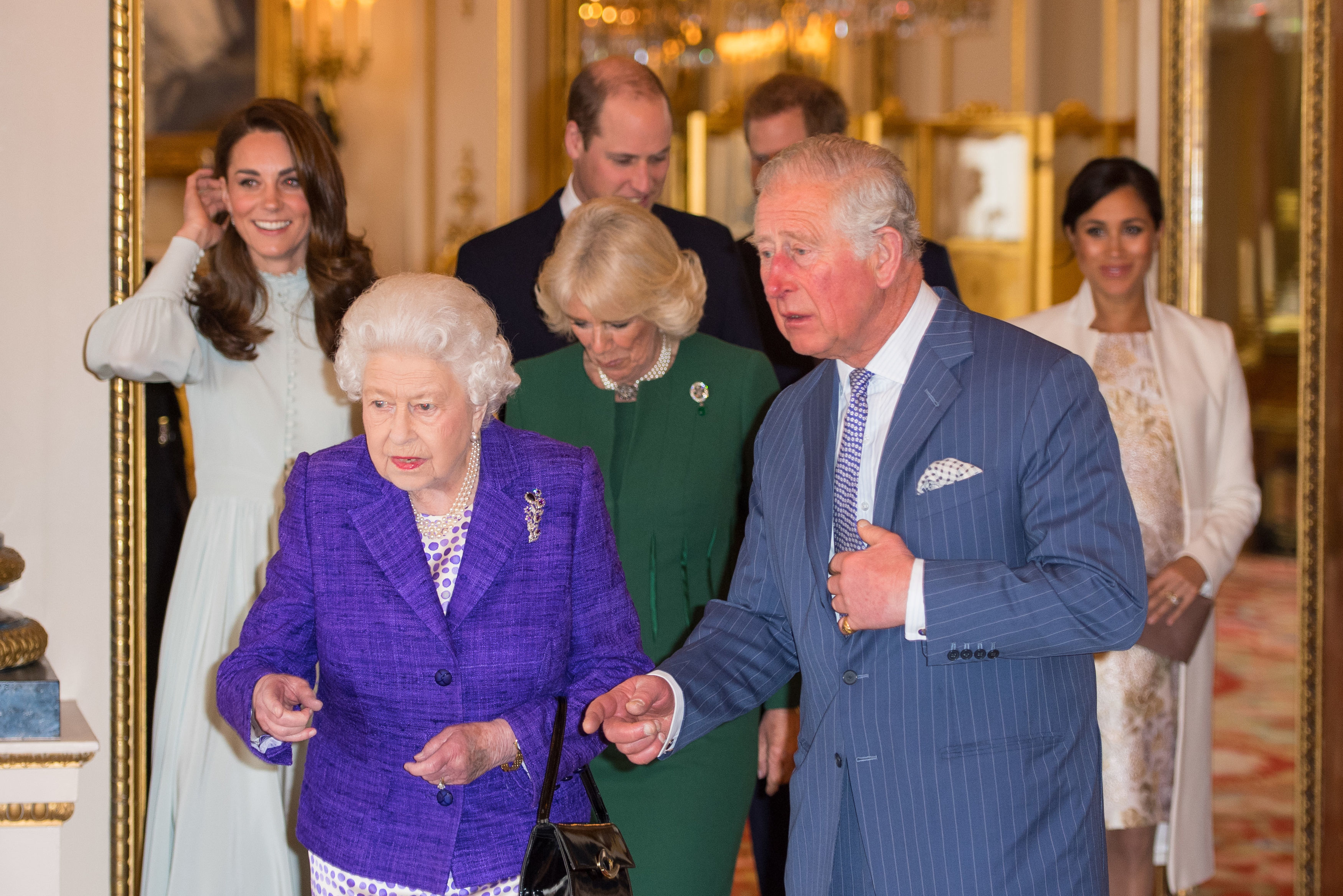 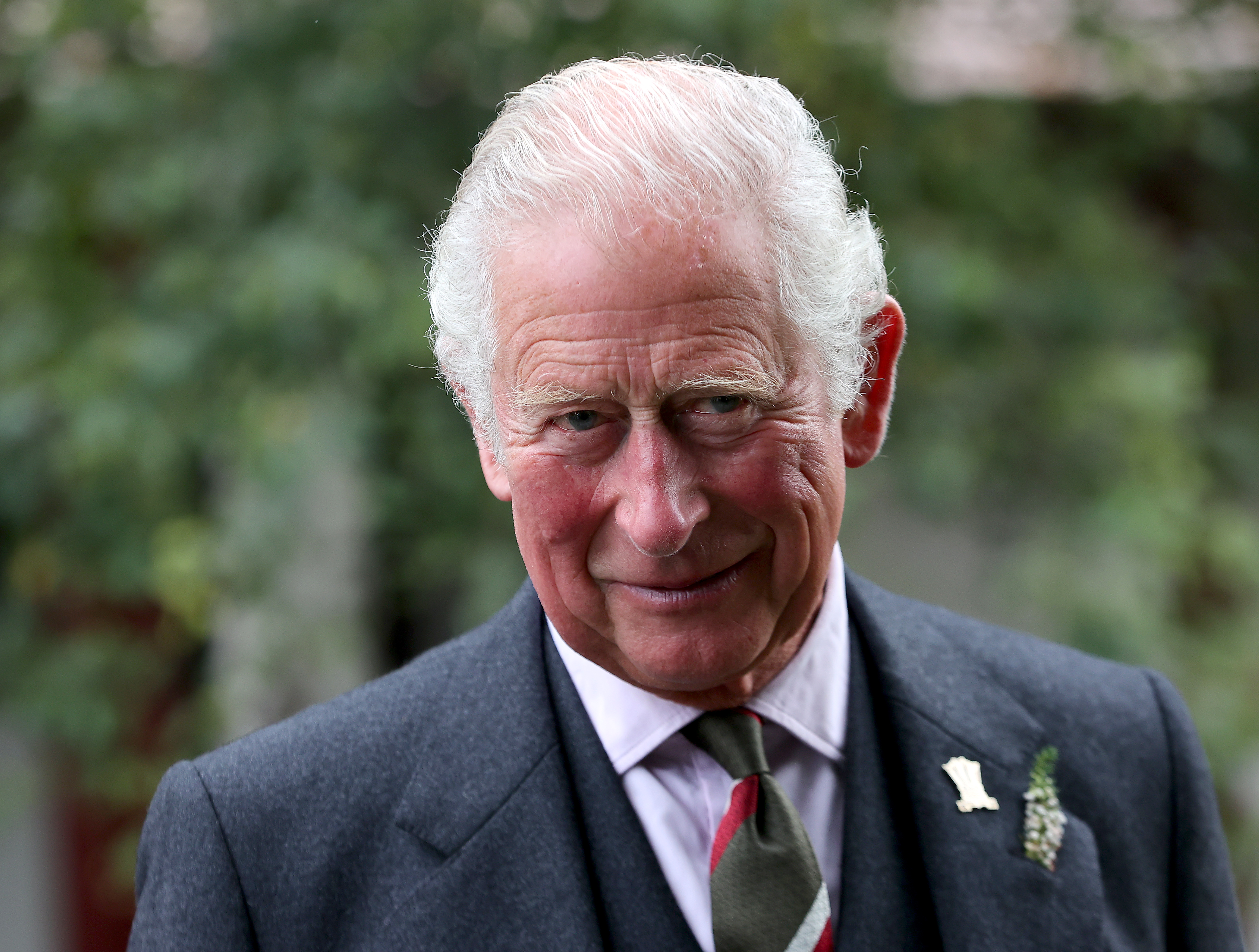