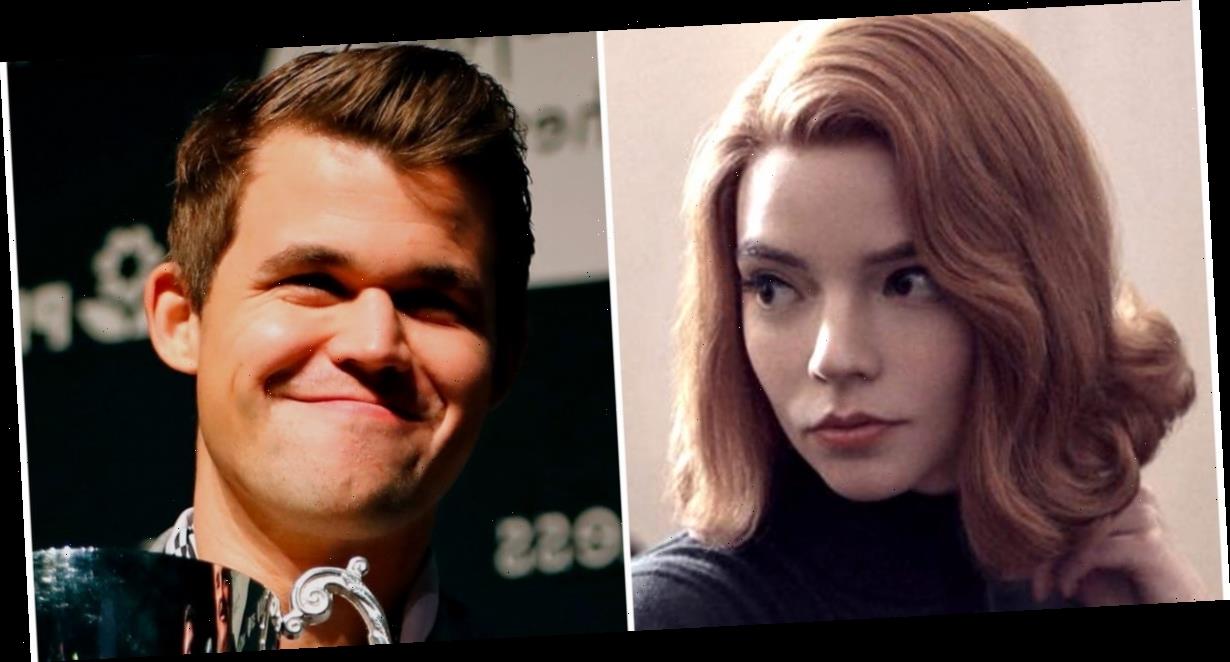 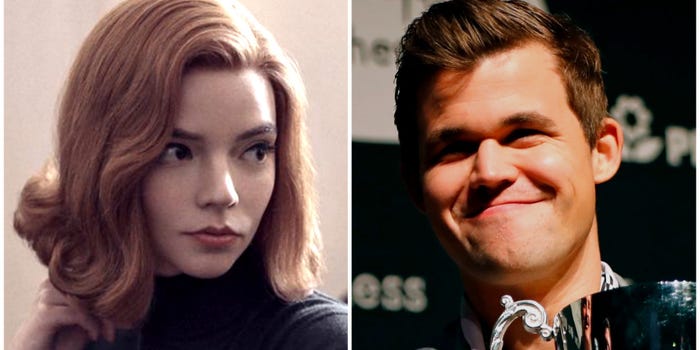 The world's best chess player said that "The Queen's Gambit" "did chess better" than anyone has before, but warned that the game still has a long way to go to eradicate its lingering culture of sexism.

The Netflix limited series — which has been the platform's most popular show for three consecutive weeks — charts the fictional rise of troubled chess prodigy Beth Harmon as she excels in the male-dominated chess world of the 1960s.

When asked for his thoughts on the show by Insider during a rare interview with journalists Thursday, world number one Magnus Carlsen praised it for highlighting Harmon's chess playing abilities, rather than her gender.

"I love the fact that once Beth started to have results, and once it became clear that she had great ability, there was not a lot of 'I don't think she can be any good because she's a girl,'" the 29-year-old Norwegian said.

"All of that disappeared. I thought it was very, very pleasing that she was judged by her ability."

'Chess societies have not been very kind to women and girls'

At the higher levels, chess has a problem with representation.

Few top players are women, and two grandmasters — a title given to players deemed to have mastered the game — have said women aren't mentally astute enough to challenge men.

Those remarks prompted criticism by leading female players. And on Thursday Carlsen agreed with the women, saying: "I don't think in principle women have any less natural ability to be great at chess than than men."

"This is a problem that's been around in the chess world for for a long time. I think there's definitely a massive job to be made there."

"In general, chess societies have not been very kind to women and girls over the years," he said. "Certainly there needs to be a bit of a change of culture."

Carlsen suggested altering the format of chess tournaments to make them more gender-equal. Currently, most tournaments are either "open" mixed-gender or "women only," and Carlsen said this need to change to counter the fallacy that men are inherently better than women at the game.

The dearth of female players is more obvious at the top of the game, Carlsen said, adding that the younger generation is much more representative.

"There isn't so much difference between boys and girls. Clearly the difference is later on," he said.

Insider has contacted the International Chess Federation for comment on Carlsen's suggestion on changing tournament formats.

The show impressed Carlsen, but he said some scenes are more fiction than reality

Carlsen, who has played chess since the age of five, said "The Queen's Gambit" taught him something new.

"There were a number of fragments that I didn't actually know, and they were also very much picturesque," he said.

However, the grandmaster also said that some elements in the show were based more in fiction than reality.

"There were a few things that puzzled me, like the fact that she was so bad at blitz when she tried it," he said.

Blitz is a rapid form of chess in which players have around three minutes to make all their moves. In episode five, Harmon capitulates while playing blitz for the first time.

"I would expect someone with so much understanding and so much ability to be able to play blitz at least decently," he said.

Another scene that puzzled Carlsen in the show was a chess match played by the character of Harry Beltik, a local chess celebrity, in episode one.

"You offer a draw and then resign immediately? That doesn't actually happen," Carlsen said.

The chess world is desperate to attract new players

The release of "The Queen's Gambit" came amid a huge boom in chess, with record numbers of people signing up to online platforms like Chess.com and Chessable during the COVID-19 pandemic. (Earlier this week Chess.com even launched an AI version of Beth Harmon for players to try their luck against the fictional character.)

On Sunday, Carlsen will play in the first round of his Champions Chess Tour, the second iteration of a world tour he launched last year. The total prize money this year is $1.5 million.

The tournament — the chess equivalent of tennis' ATP Tour and golf's PGA Tour  — sees 16 of the world's best engage in rapid-time matches.

Speed chess, according to Carlsen, is the key to attracting new players and big sponsors to elevate the game. It's also, he said, the best way to really decide the world's top players.

Classic, over-the-board chess — where players can often have more than an hour to make all their moves — is far from accessible and unsuited to the modern world.

"Almost without fail, at least 70% of the games are going to be drawn, and that's simply not everyone's cup of tea, and for the players as well it can be can be frustrating," he said.

Another format that the chess world hopes will attract new players is "Banter Blitz" — a rapid series of matches in which players can trash-talk each other to force mistakes.

Insider asked Carlsen how he would react to us trying to trash-talking him into slipping up.

"I wouldn't actually listen to you," he said. "I would tune you out and focus on my own game."