Cardboard beds in the athletes’ village at the Tokyo Olympics are sturdy enough for sex, organisers have confirmed.

The games’ official Twitter account posted the vital information on Sunday, alongside a video of Irish gymnast Rhys McClenaghan jumping on his as proof.

It comes after reports that the beds – which are designed to be environmentally sustainable – are also designed to fall apart with any ‘sudden movements’ aimed at deterring close contact between athletes during Covid.

‘Thanks for debunking the myth,’ the Olympics official twitter account wrote. ‘You heard it first from Team Ireland – the sustainable cardboard beds are sturdy!’ 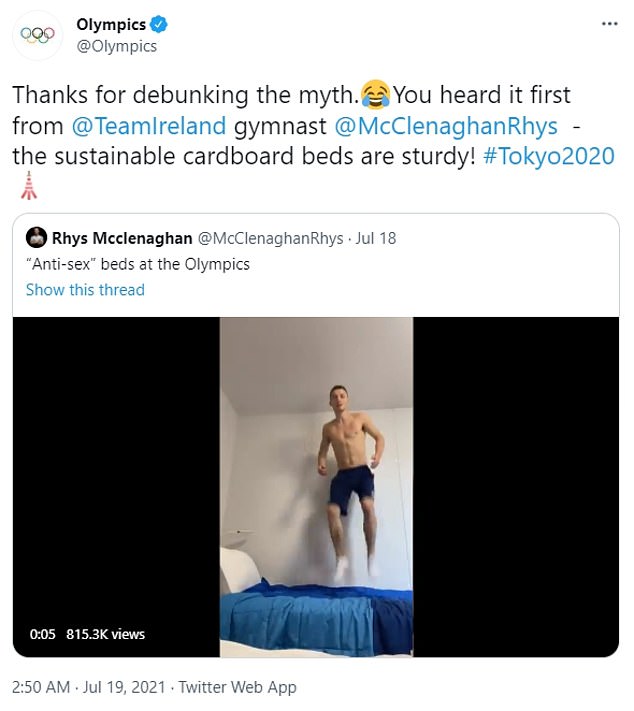 Cardboard beds in the athlete’s village at the Tokyo Olympics are sturdy enough for sex, organisers said, alongside a video of Irish gymnast Rhys McClenaghan jumping on one 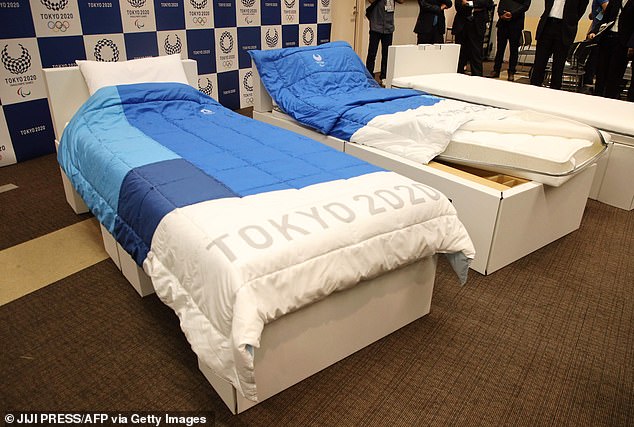 Airweave, the company which makes the ‘sustainable’ beds, previously said they can hold up to 440lbs (200kg) – which should be enough for at least two people

It is far from the first time that organisers of the ‘most sustainable games in history’ have been forced to defend their unusual choice of beds.

In January last year officials denied the beds weren’t suitable for post-competition revelry – saying they would hold up, provided only two people were on them.

Manufacturer Airweave said at that time that the bed frames can withstand up to 440lbs (200kg), more than enough weight for two people under the covers.

‘We’ve conducted experiments, like dropping weights on top of the beds,’ the Airweave spokesperson said.

‘As long as they stick to just two people in the bed, they should be strong enough to support the load.’

There are just fours days to go until the opening ceremony of the Tokyo Olympics, which was delayed from last year due to the Covid pandemic.

The event is proving hugely controversial with most Japanese opposed to it going ahead as the country suffers through a fifth wave of Covid infections – with a state of emergency declared in the capital and due to run through the event.

It means that most athletes will perform without crowds present, with gatherings banned to stem the spread of the virus.

Infections are also threatening to de-rail the event for competing athletes, after a Czech beach volleyball player tested positive at the Olympic Village.

‘He has absolutely no symptoms. We are dealing with all the details and… naturally, the anti-epidemic measures within the team,’ he added.

Doktor said the team was also seeking the postponement of Perusic’s first game at the Olympics with his teammate David Schweiner, scheduled for July 26.

‘We are now looking into the possibility of postponing the games or other options that would allow the boys to start the tournament later on,’ he added.

Perusic, 26, said he was ‘very upset’ but said he understood health was a priority.

‘For now, I don’t see this as the end of the world or a tragedy,’ he said.

‘I was vaccinated and I tried to comply with the public health standards.

‘Unfortunately, I think I made a mistake somewhere and got infected. It’s my responsibility above all,’ he said.

On Saturday, the Czech Olympic Committee reported a staff member had tested positive for Covid-19 upon landing in Tokyo for the Games that start on Friday.

Perusic’s case appears to be the fourth in the Olympic Village after the infections of two South African footballers and their team’s video analyst. 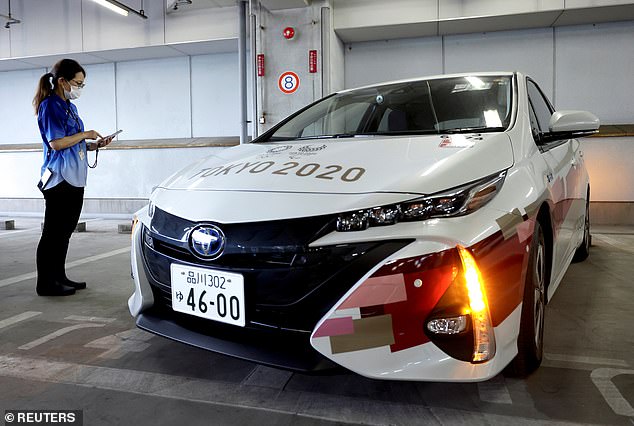 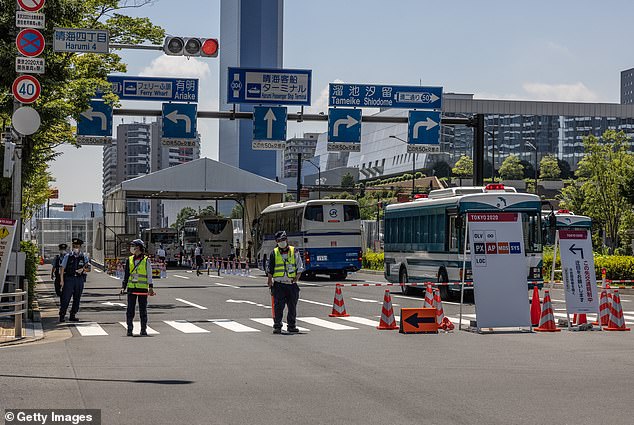 The Olympic Village, a complex of apartments and dining areas in Tokyo, will house 6,700 athletes and officials at its peak during the Games.

Meanwhile Toyota, one of the International Olympic Committee’s biggest sponsors, said it will not display any advertising at the event – underlining fears about just how unpopular the competition could become.

‘There are many issues with these Games that are proving difficult to be understood,’ Toyota Chief Communications Officer Jun Nagata told reporters.

That’s despite about 200 athletes being affiliated with Toyota, including swimmer Takeshi Kawamoto and softball player Miu Goto.

Nagata said the company will continue to support its athletes.

Masa Takaya, a Tokyo 2020 spokesperson, said sponsors each make its own decisions on their messages.

‘There is a mixed public sentiment towards the Games,’ Takaya said.

‘I need to emphasize that those partners and companies have been very supportive to Tokyo 2020. They are passionate about making these Games happen.’