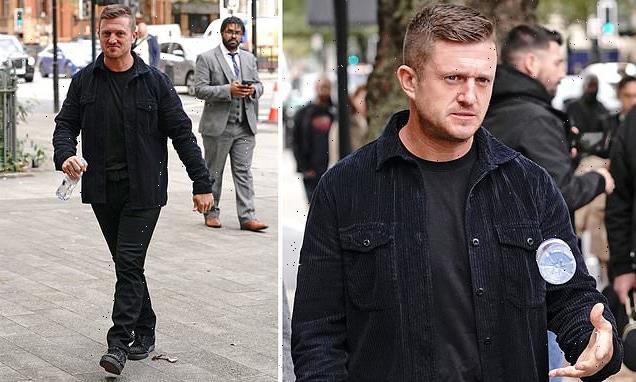 Tommy Robinson has been handed a five-year stalking ban after he turned up at a journalist’s home, falsely branded her partner a paedophile and threatened to return to the address.

The English Defence League founder went to the property of the Independent’s home affairs correspondent Lizzie Dearden and her boyfriend, Samuel Partridge, over a story alleging that he misused money donated by his supporters.

Robinson, whose real name is Stephen Yaxley-Lennon, shouted abuse at Ms Dearden and falsely branded Mr Partridge a paedophile as he stood outside the journalist’s property in January this year, Westminster Magistrates’ Court heard.

On Wednesday, deputy chief magistrate Tan Ikram said that Robinson’s behaviour ‘crossed the line between mere harassment and stalking’ and rejected Robinson’s claim he had been ‘calm’ throughout the incident.

Robinson, who attended court in person walked out of the courtroom part way through the hearing and did not return as the five-year stalking ban was passed. 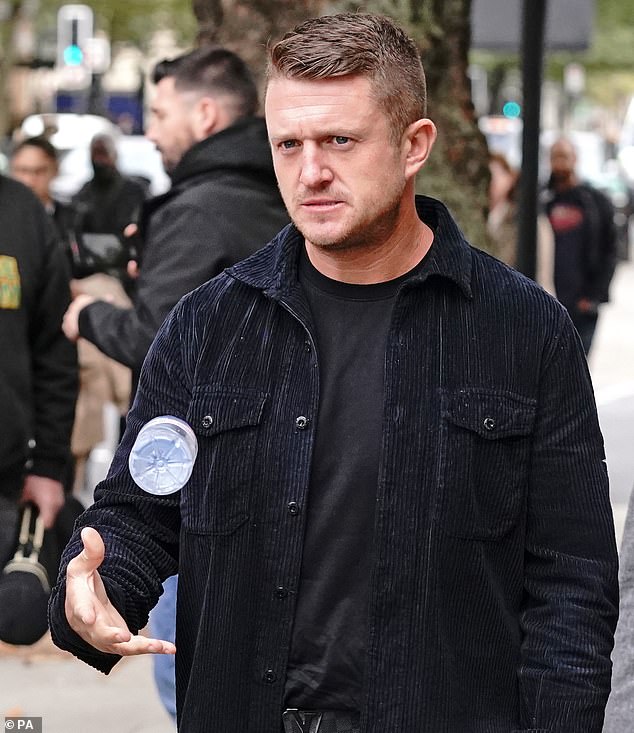 The court previously heard how Robinson had hired a private investigator to find information out about Ms Dearden following a request for comment she made, through his solicitors, on a story alleging that he misused money donated by his supporters.

Mr Ikram said that after learning Ms Dearden’s address, Robinson had arrived around 10pm, calling for her to come to the door and shouting claims that Mr Partridge was a paedophile.

The magistrate ‘wholly rejected’ that Robinson had attended the address to ‘exercise his right to reply’ to the article, saying that he had been there to intimidate her and adding there was ‘not a shred of evidence’ that the claims about Mr Partridge were true.

‘The complainant refused to come out or engage with the defendant,’ he said.

‘The defendant reacted by saying that he would come back to her address ‘every night’.

‘In my judgment, that crosses the line in this case between mere harassment and acts associated with stalking in that he threatened to repeatedly return to her home address.

‘The defendant was arrested before he could carry out his threat.

‘I find that the intention of the defendant turning up a journalist’s house at past 10pm was clear: to intimidate her.’

Mr Ikram also rejected Robinson’s claim he had been ‘calm’ throughout the incident, saying that it contradicted other undisputed witness accounts from neighbours. 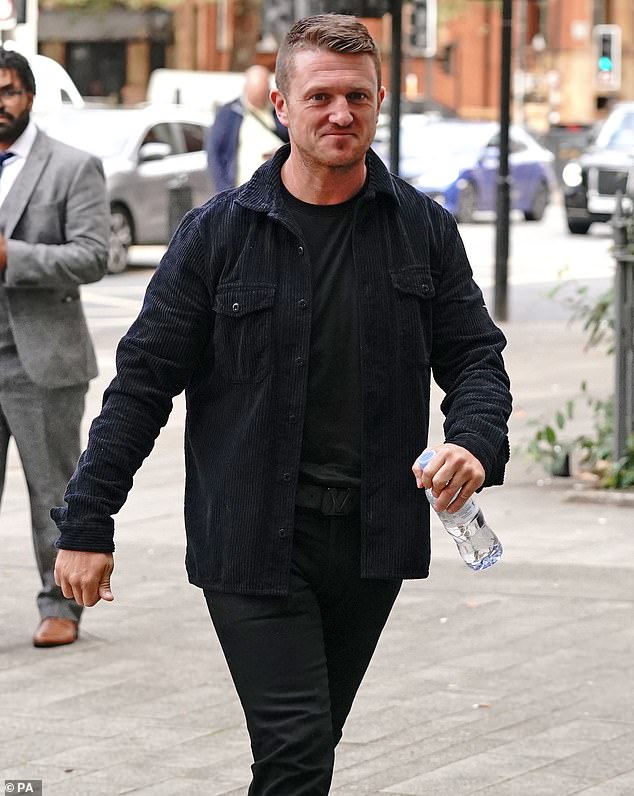 The English Defence League founder, whose real name is Stephen Yaxley-Lennon, hired a private investigator to find information out about the journalist 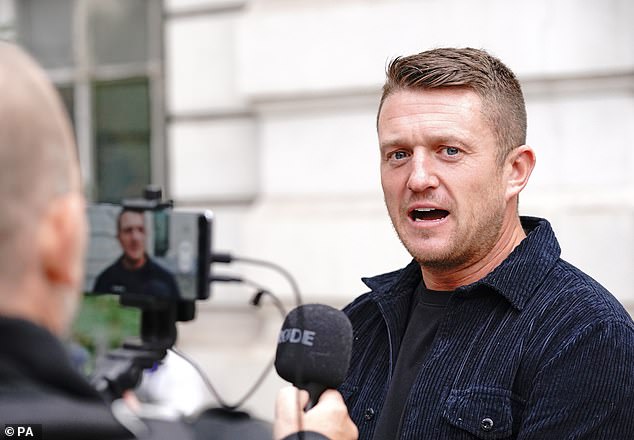 He said Robinson had ‘pursued a course of conduct’ to intimidate Ms Dearden while she was carrying out ‘legitimate investigations.’

‘In acting as he did, his actions sought to coerce and control the complainant in his desire to stop her going about her lawful business,’ he said.

He added: ‘Ms Dearden has said she felt extremely shaken, distressed and unsafe and afraid to go outside,’ he said.

‘The defendant clearly poses and continues to pose a risk to the complainant’s physical and psychological wellbeing.’

Robinson, who attended court in person and wore a dark corduroy shirt and dark trousers, walked out of the courtroom part way through the hearing and did not return as the order was passed.

Under the conditions of the order Robinson is prohibited from contacting Ms Dearden or Mr Partridge, or attending any places where they live and work, unless specifically invited for interview.

He is also prohibited from publishing any material concerning, or making any reference to Ms Dearden or Mr Partridge, directly or indirectly, on any websites, on social media, or in print.

Robinson will be able to respond to the judgement and future articles written by Ms Dearden with ‘legitimate comment’ but without reference to his allegations against Mr Partridge.