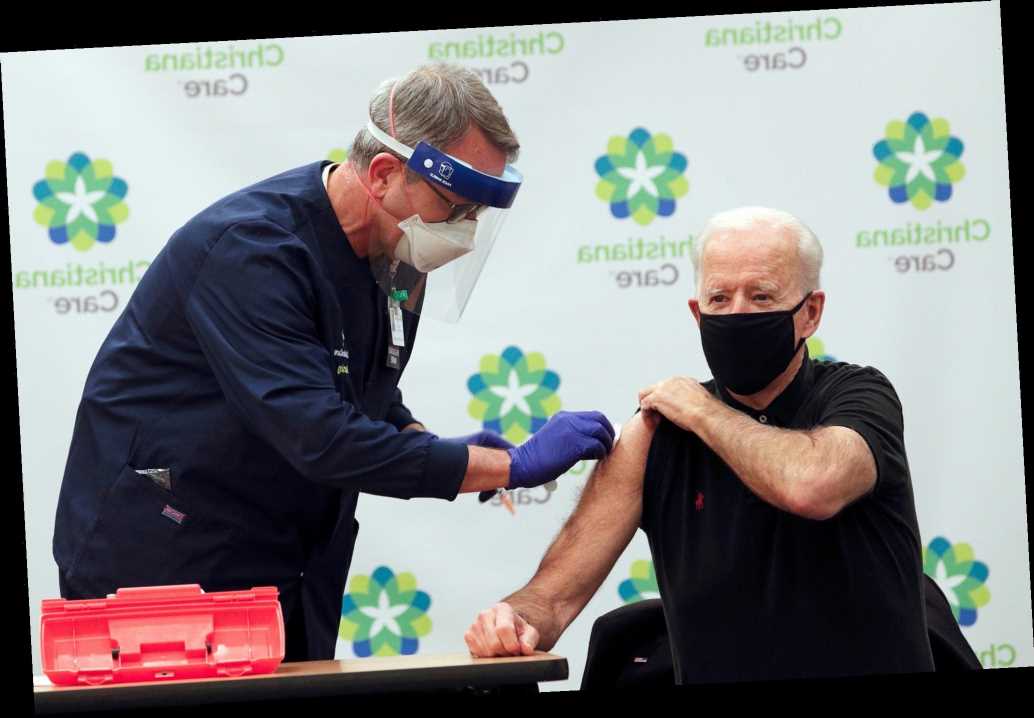 Americans are stressing over how long they will have to endure lockdowns. It all hinges on getting vaccinated. Yet only a third of doses shipped to the states are making it into people’s arms. The public hears the wait will be many months; most states are failing miserably.

Washington must turn its attention to rolling out a massive emergency vaccination distribution staged by the federal government at malls, arenas and other public spaces.

Members of Congress have ­already received their shots. They need reminding that the rest of us need ours. It’s how we get our lives back.

To achieve broad immunity by midsummer, at least 1.8 million people need to be vaccinated every day from now until the end of May, according to the American Hospital Association. So far, less than half that target is being met.

Even President-elect Joe Biden’s headline-grabbing promise to deliver 100 million vaccine shots into arms during his first 100 days won’t get America back to normal by summer.

In southern California, nearly all ICU beds are full, and oxygen supplies are running low. Doctors are scoring COVID-19 patients based on overall health status to reserve treatments and beds for those most likely to survive.

Yet California has managed to use only 28 percent of its vaccines as of Monday. Arizona has used only 24 percent, even though it has the nation’s highest infection rate.

That’s proof that a wartime-like federal vaccination effort is needed. Scott Gottlieb, a former Food and Drug Administration commissioner, says relying on the states “is not working.” It’s time to “hit the reset” and vaccinate broader categories of Americans.

It’s New York’s best hope, too. Under Gov. Cuomo’s rigid vaccine-priority scheme, he predicted Saturday that it would take 14 weeks more to vaccinate priority groups: health-care workers, nursing-home residents, public employees and adults 75 and over. That meant seniors ages 65 to 74 and people with health conditions, who are next in line, would have to wait until late spring for their shots. The general public wouldn’t get vaccinated ­until midsummer.

Cuomo’s timetable would destroy New York City. Until the public is broadly inoculated, office workers won’t feel safe riding subways and returning to work. He allowed over-65s to get it Tuesday — far too late.

The governor blames the slow vaccine schedule on a lack of supply. That’s a lie. As of Monday, New York had injected only 41 percent of its supply.

Cuomo as well as California’s Gavin Newsom and six other governors are trying to pull a fast one, attributing their failures to the federal government. They sent Biden a letter calling it “unconscionable” that the feds are holding back half the vaccine supply.

Truth is, the supply was being held to make sure it’s available when people who have received their first shot are ready for the second one. Both Pfizer and Moderna vaccines require two doses spaced several weeks apart. Now that manufacturers seem able to produce vaccines on a steady schedule, some of that federal supply will be released.

But releasing it won’t fix the chaos that has held up vaccinations. Fact is, supply was never the problem.

Tuesday, Health and Human Services Secretary Alex Azar urged states to abandon rigid schedules and start vaccinating people 65 and older and those with illnesses. That’s music to millions, but don’t count on New York or most states to get it done. As of Tuesday afternoon, New York state’s vaccine hotline wasn’t taking calls.

The vaccine roll-out has been a disaster because states failed to prepare, despite having nine months’ warning. Cuomo is now telling unions to figure out how to vaccinate their members themselves, as if he just heard about the vaccines yesterday.

Our survival shouldn’t depend on these incompetent governors. Washington needs to act now.

Betsy McCaughey is author of “The Next Pandemic.”